Millionaire Gary Lineker is accused of ‘mocking the poor’ with ‘heartless’ tweet about ‘taking a pay cut’ from his £1.3m BBC salary in response to corporation hiking cost of licence fee

BBC star Gary Lineker was today accused of mocking the poor after joking about his £1.3million salary over an increase to the cost of the broadcaster’s licence fee.

But his attempt at a joke misfired badly and saw him described as ‘heartless’ and ‘missing the mood of the public’.

Even fans, who said they usually supported him, thought the comment was ill-advised adding ‘Your timing isn’t great, Gary’.

It comes just months after three million over 75-year-olds were told they would no longer get free TV licences.

Dennis Reed, director of pensioner pressure group Silver Voices, who campaigned against it, told MailOnline: ‘There will be some of our members who respond angrily to those comments. I would welcome the support from all celebrities for our cause.’ 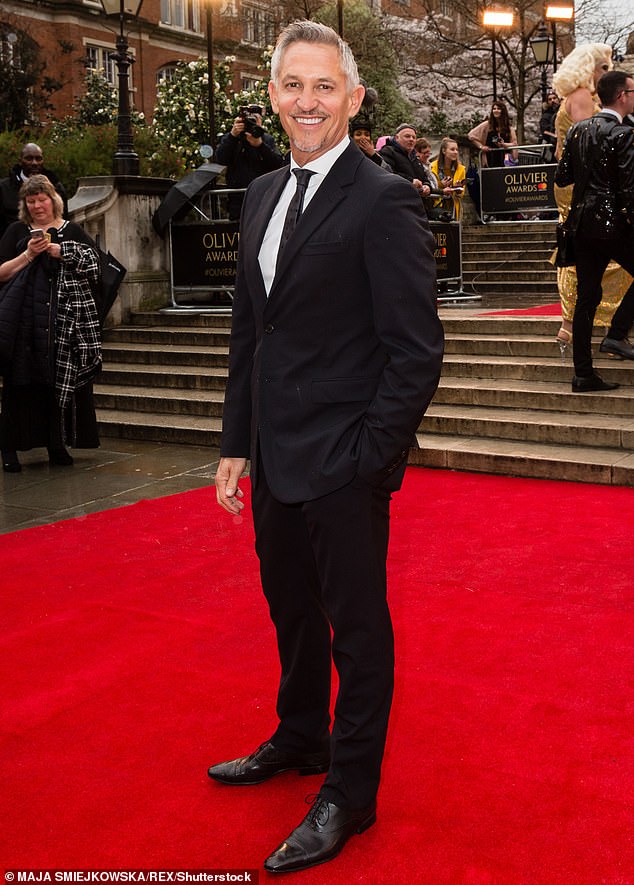 And on Twitter social media users formed a chorus of disapproval over the remarks.

Paul Stead said: ‘Poor joke that. It’s okay for you millionaires but there is a lot of people who struggle daily and have to rely on foodbanks so even though the rise is nothing to you and other millionaires it’s a lot of money for some people.’

DJ Doc Scott took a harder line adding ‘I usually like you and like what you have to say but on this you can go and f*** yourself, is that ‘funny’ enough for you?’

Jamie sense said: ‘And with one heartless tweet Gary has just cancelled the extra income the BBC would have likely made.

‘As he is mocking the poor it is now a moral obligation from me and I’m sure many others to cancel the licence with immediate effect. ENOUGH IS ENOUGH!’

Another declared: ‘I know you are having banter, and I for one don’t mind that. But in these desperate times, where a lot of people are struggling financially and mentally, your timing isn’t great Gary.’

And Barrister Edward Levey QC weighed in to add: ‘I really hope this is your Gerald Ratner moment.’

Ratner saw £500million wiped from the value of his jewellery firm after he told an audience the secret of its beloved low-cost items ‘How can you sell this for such a low price?, I say, because it’s total crap.’

The mum-of-two – who specialises in dementia and palliative care – said she is facing being kicked out of her home for missing a TV licence direct debit.

She fumed: ‘I’m an NHS nurse, worked all through the pandemic.

‘Me and my two children are facing homelessness and TV licensing are taking me to court for a missed direct debit.

‘I hope you manage to survive with your pay cut.’

She said she questioned if she could be taken to court and added: ‘Explained it to the inspector that came to the house.

‘But as I had a BBC channel on it was deemed a breach as the licence was not renewed due to the failed direct debit.

‘Paid it on the spot. Got told to change my plea to guilty to avoid more fees.

‘It’s been a long nightmare.’

In 2022 it will be the government who decides how much it will cost a year.

In September Lineker denied claims BBC’s director-general Tim Davie ordered him to tone down his Tweets.

But rubbished ever being told to stop political tweeting by BBC chief Mr Davie – who is planning a radical shake-up of the national broadcaster, reported The Times.

In a debut speech Mr Davie said: ‘If you want to be an opinionated columnist or a partisan campaigner on social media then that is a valid choice, but you should not be working at the BBC.’

Lineker said the BBC knows ‘that I tweet carefully’. He said: ‘I think the BBC trust me. I know where the land lies – you can’t hold the BBC in disrepute.’