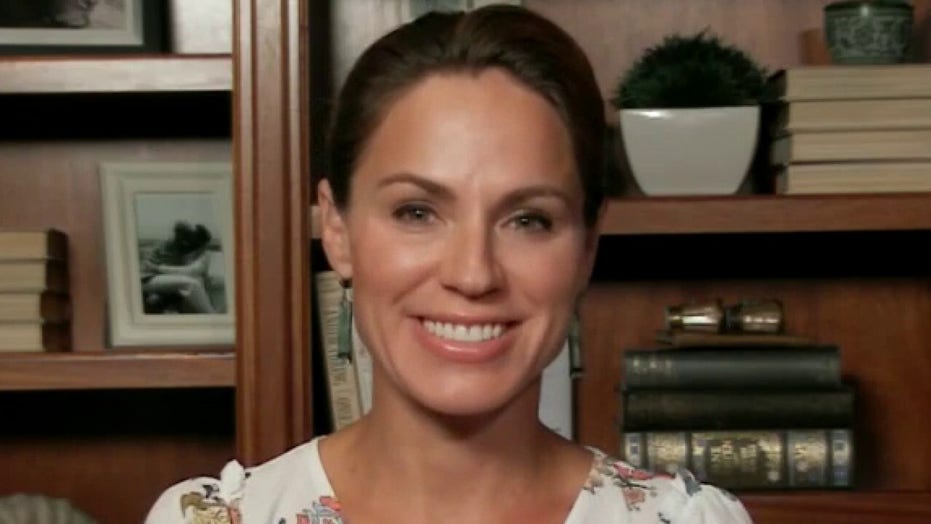 Could a COVID vaccine be ready for regulatory approval in October?

German Chancellor Angela Merkel warned that fighting the coronavirus pandemic will be more difficult in coming months as thousands gathered in Berlin to protest restrictions.

Merkel’s comments followed the approval of a raft of new measures, including a fine for anyone caught without a face mask in areas where one is required, a ban on large events until the end of the year and new quarantine rules for travelers, the Local reported.

In her annual summer press conference Friday, Merkel called on the German people to remain vigilant. 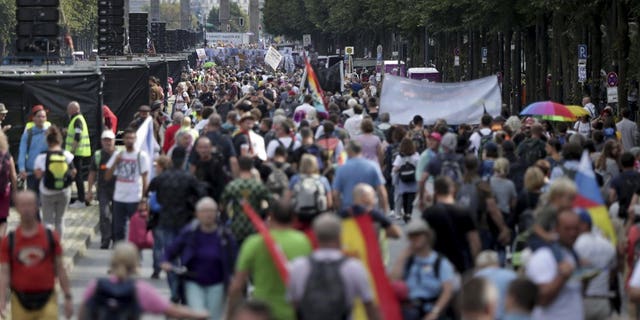 "We have all enjoyed the freedoms and relative protection from aerosols in the summer, which is possible through life outdoors," she said. "In the coming months, it will now be important to keep infection rates low when we are back indoors — at workplaces, in schools and in homes.”

Merkel then proceeded to provide an update on the search for a viable vaccine, stating that while many researchers are working hard to produce one, none has yet materialized.

"We will have to live with this virus even longer, and that is why my basic attitude is one of vigilance, of attention," the chancellor continued. "The fact remains: it is serious, as serious as ever. Continue to take it seriously."

Even as Merkel urged greater caution, tens of thousands gathered in Berlin on Saturday to protest restrictions after a court overturned a ban against rallies. Officials estimated that 18,000 people joined the protest. 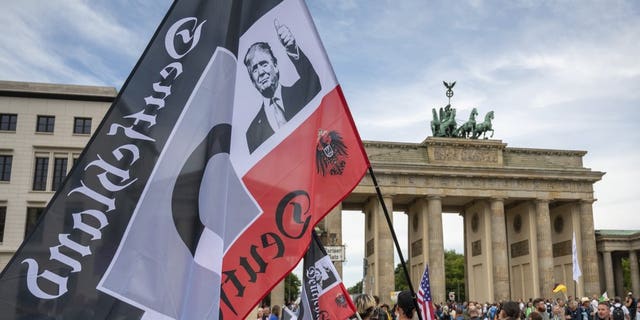 A protester holds a flag featuring a picture of President Trump in front of the Brandenburg Gate before a demonstration against the coronavirus measures by the German Government in Berlin, Germany, Saturday, Aug. 29, 2020. (Christophe Gateau/dpa via AP)

The Berlin regional government attempted to ban the protest, citing earlier rallies in which attendees ignored social distancing protocols, but the court sided with protest organizers on the condition that attendees adhere to the requirements.

Photos from the event indicate that the crowd ignored the measures , forcing police to break up the protest before it could reach its final destination, The New York Times reported.

Germany recorded 1,571 new infections in the past 24 hours on Friday, a slight dip from a high point last week, when more than 2,000 cases were reported in a single day.