A BABY and three others have been killed after a car rampage left a "trail of destruction" as a driver ploughed through Christmas shoppers, it has been reported.

Witnesses told how they saw families and a pram "flying through the air" as the Range Rover sped into the pedestrian zone in Trier, Germany. 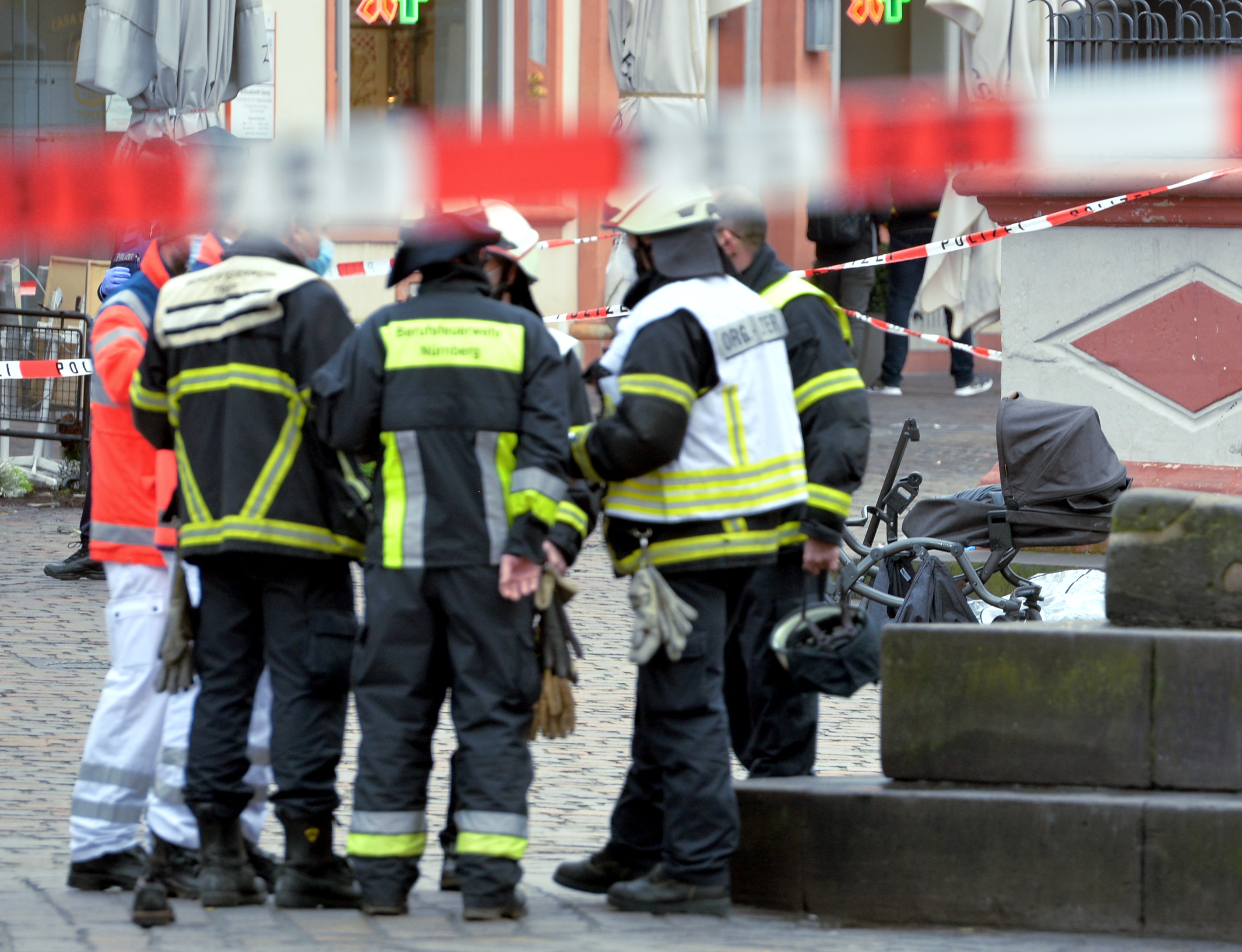 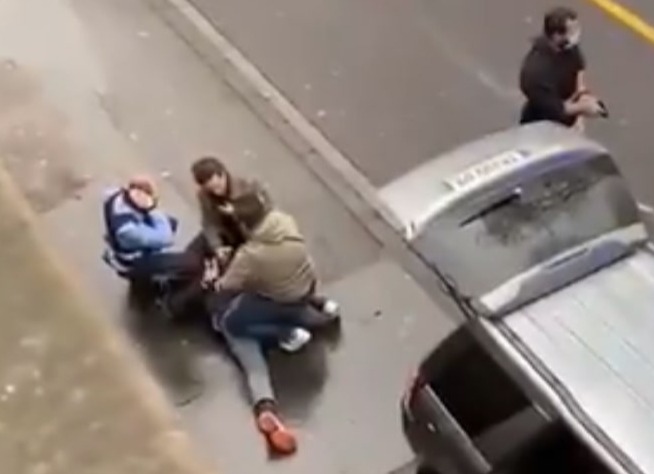 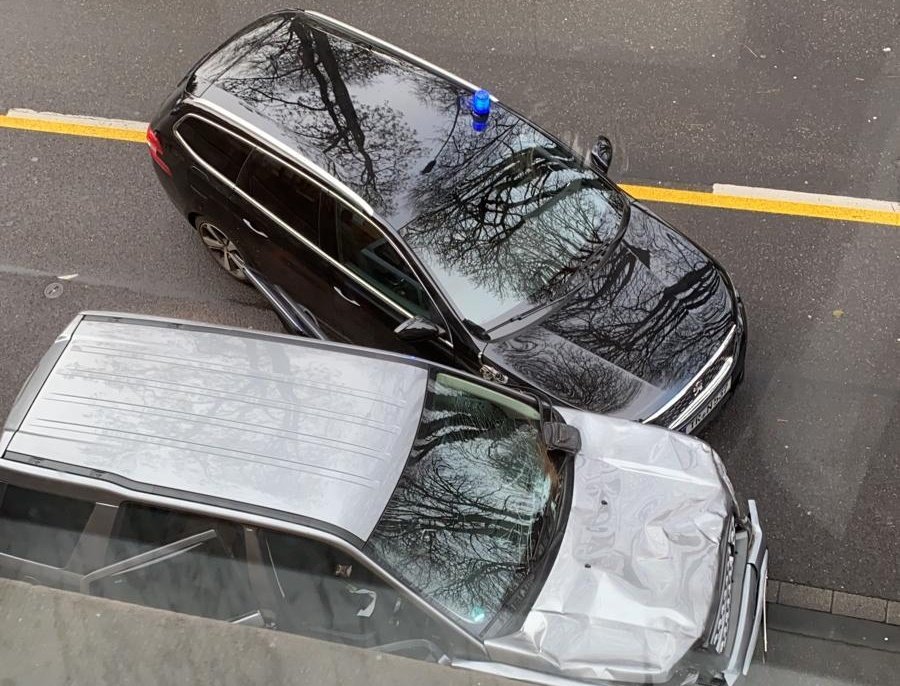 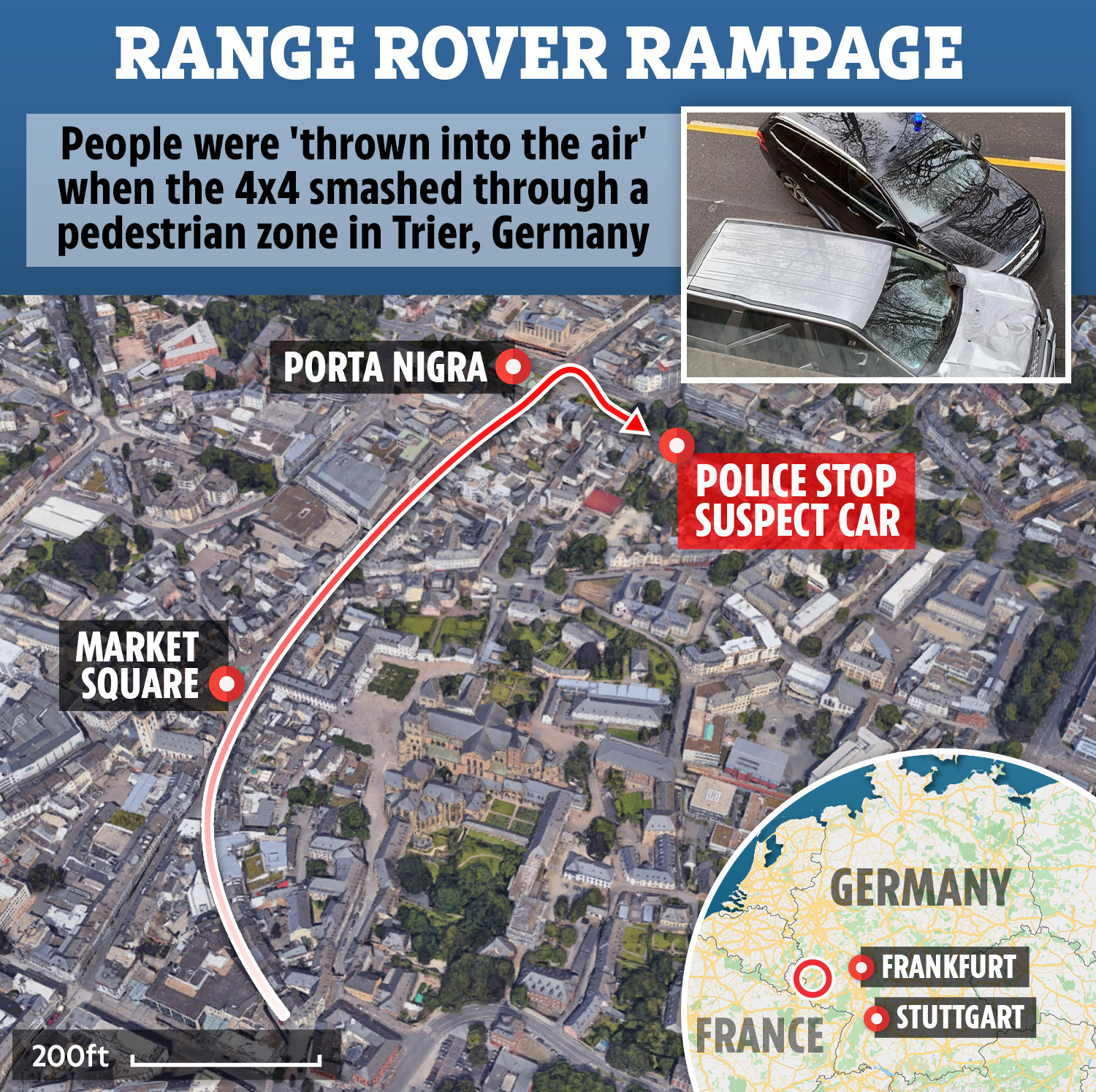 Victims were mowed down in front of terrified children who were out Christmas shopping with their parents in the busy city centre.

The driver left a trail of carnage in his wake as schools were placed in lockdown and children told to stay inside the buildings.

Four people, including a baby, have been killed, Trierischer Volksfreund reports, and the newspaper estimates up to 30 people have been injured.

Footage from the scene showed people outside a shop apparently helping victims on the ground lying among scattered debris.

And unverified video appeared to show officers pinning a suspect to floor behind a Range Rover after apparently ramming the car with their own vehicle.

Cops said several people had been killed and a 51-year-old suspect from the Trier area was being questioned.

German press agency DPA reported there is "no political background" to the rampage.

Mayor Wolfram Leibe said he rushed to the scene, which he described as "a sight of horror".

In a statement, police confirmed "several" people including a child had been killed. 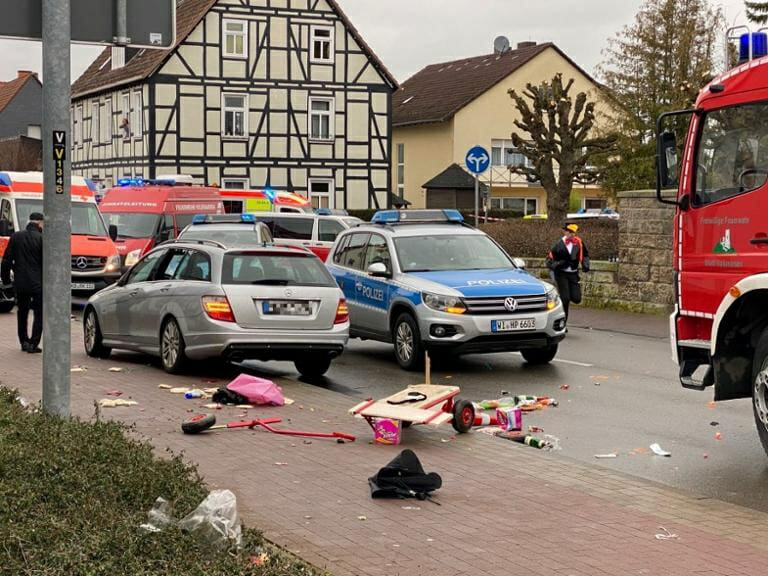 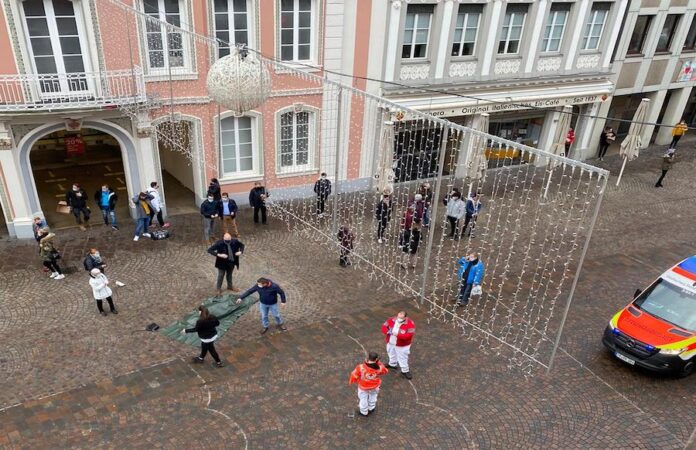 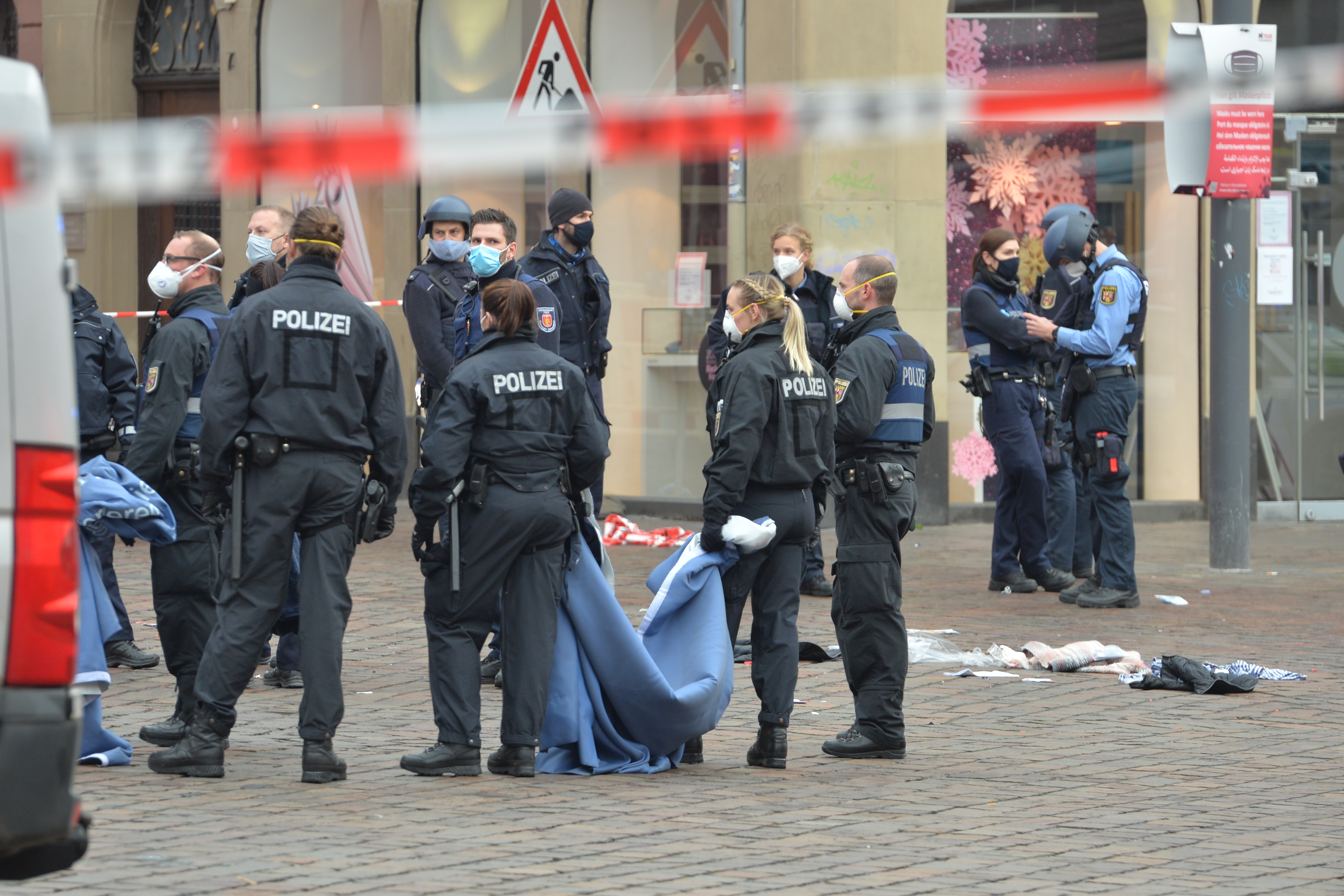 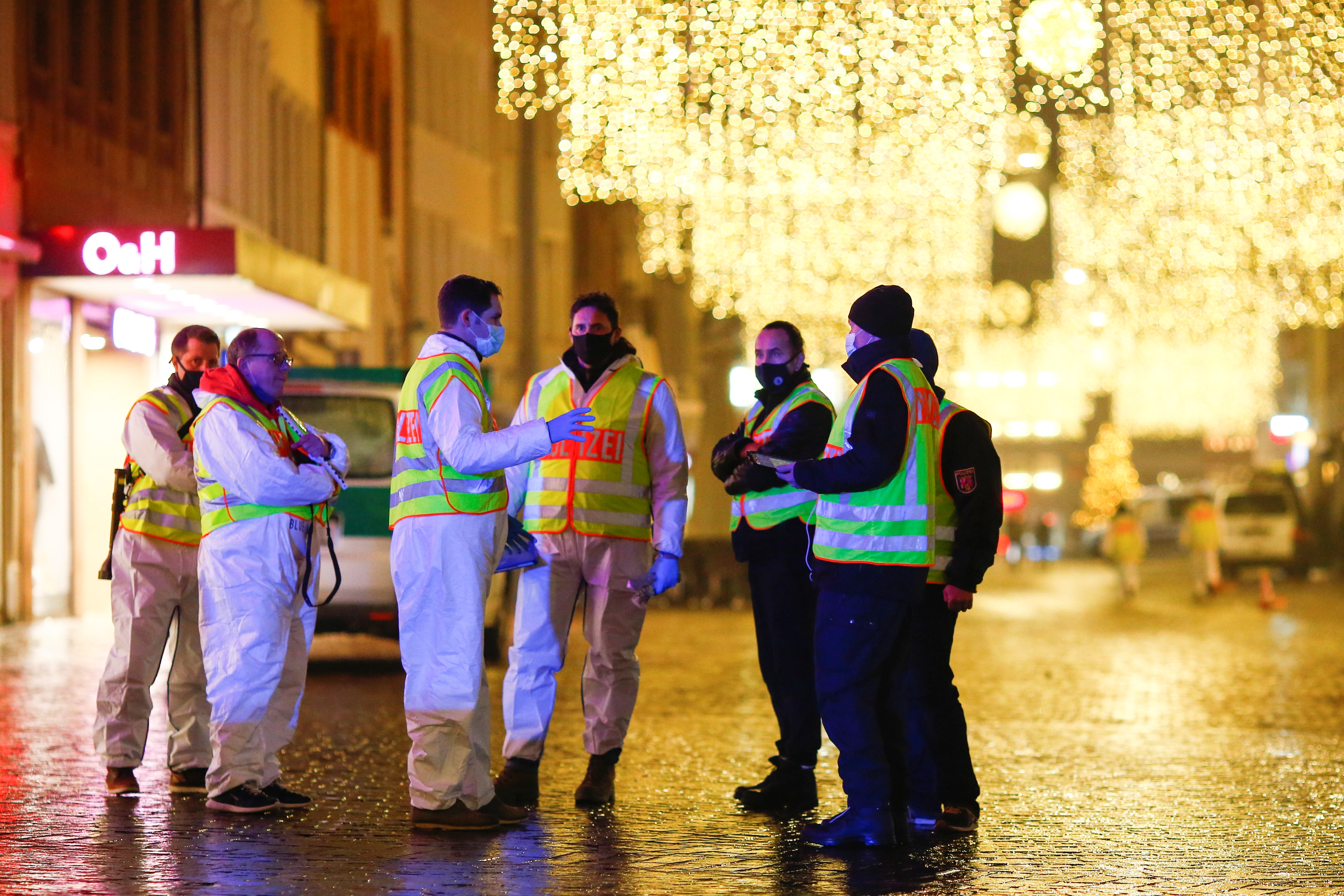 "We have a driver who ran amok in the city. We have two dead that we are certain of and up to 15 injured, some of them with the most severe injuries," Leibe told SWR.

"I just walked through the city centre and it was just horrible. There is a trainer lying on the ground, and the girl it belongs to is dead," he told a news conference, with tears stopping him from speaking further.

Leibe said he did not know the motive for the incident.

He told broadcaster N-TV that people who saw the incident were "totally traumatised" and the street "looks a bit like after a war".

Uwe Konz, head of the Trier police press office, told BILD: "After driving through the pedestrian zone, several people were injured. Doctors are currently on site.

"We can't say anything about the background, whether it's terror or the like." 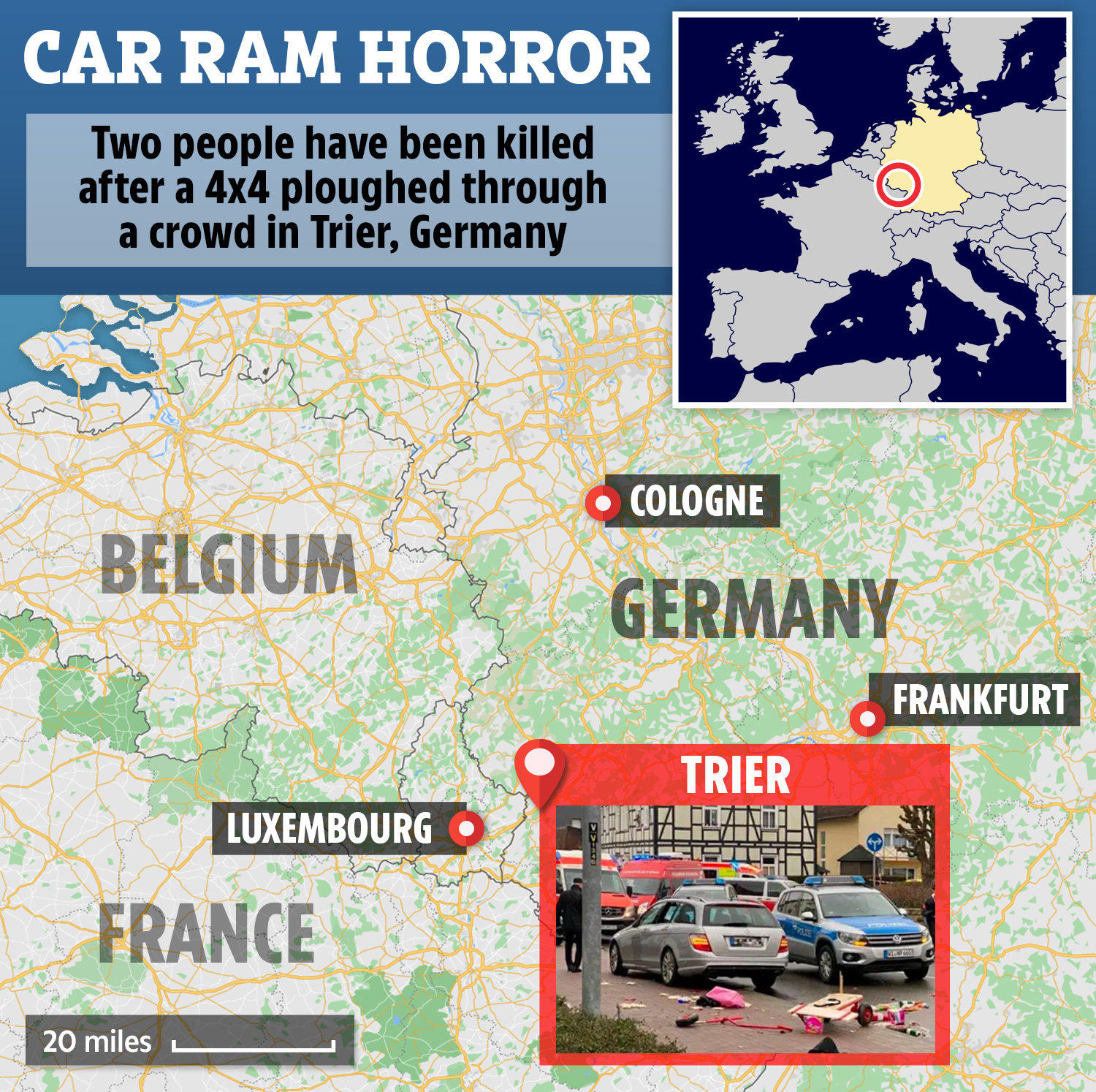 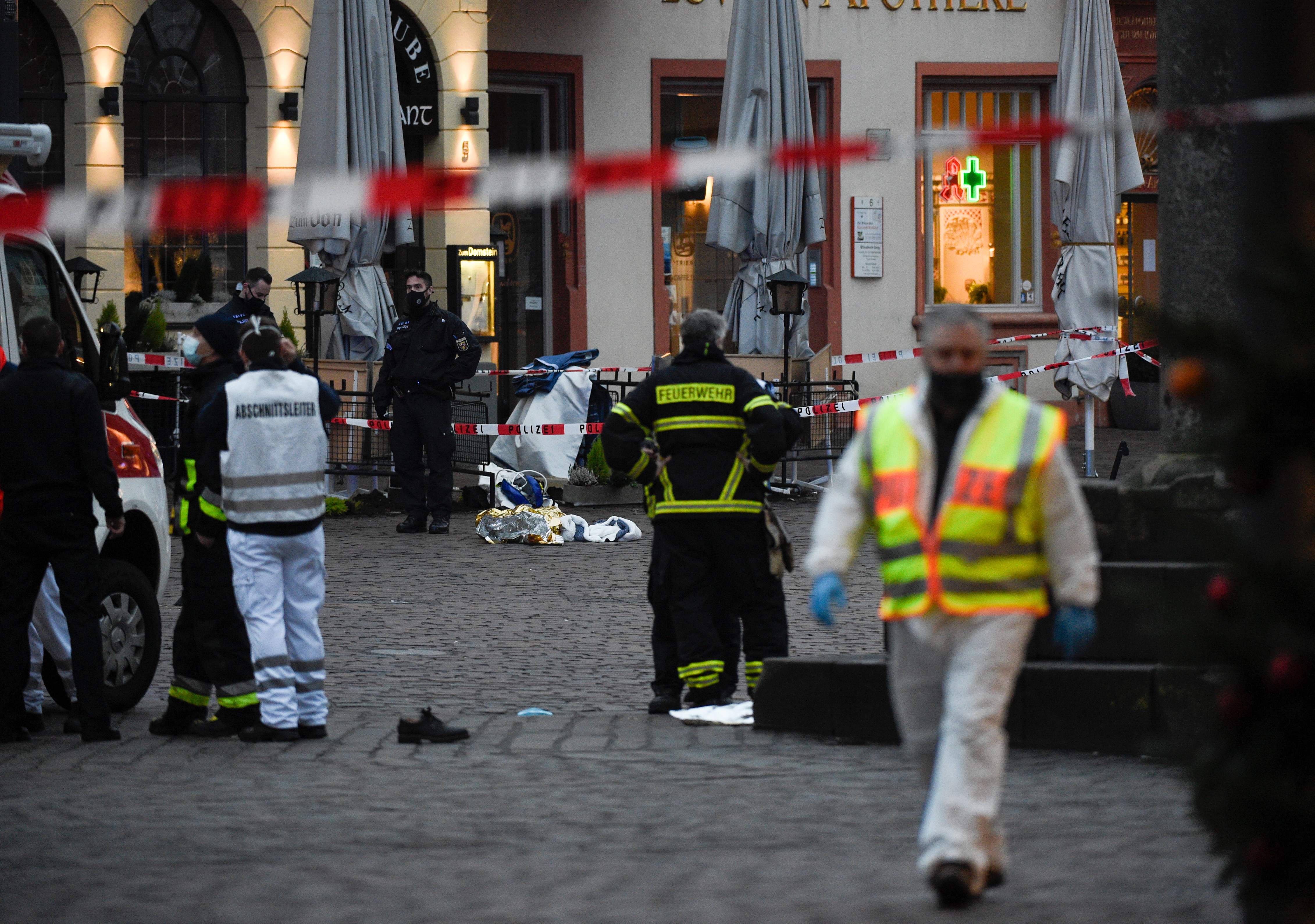 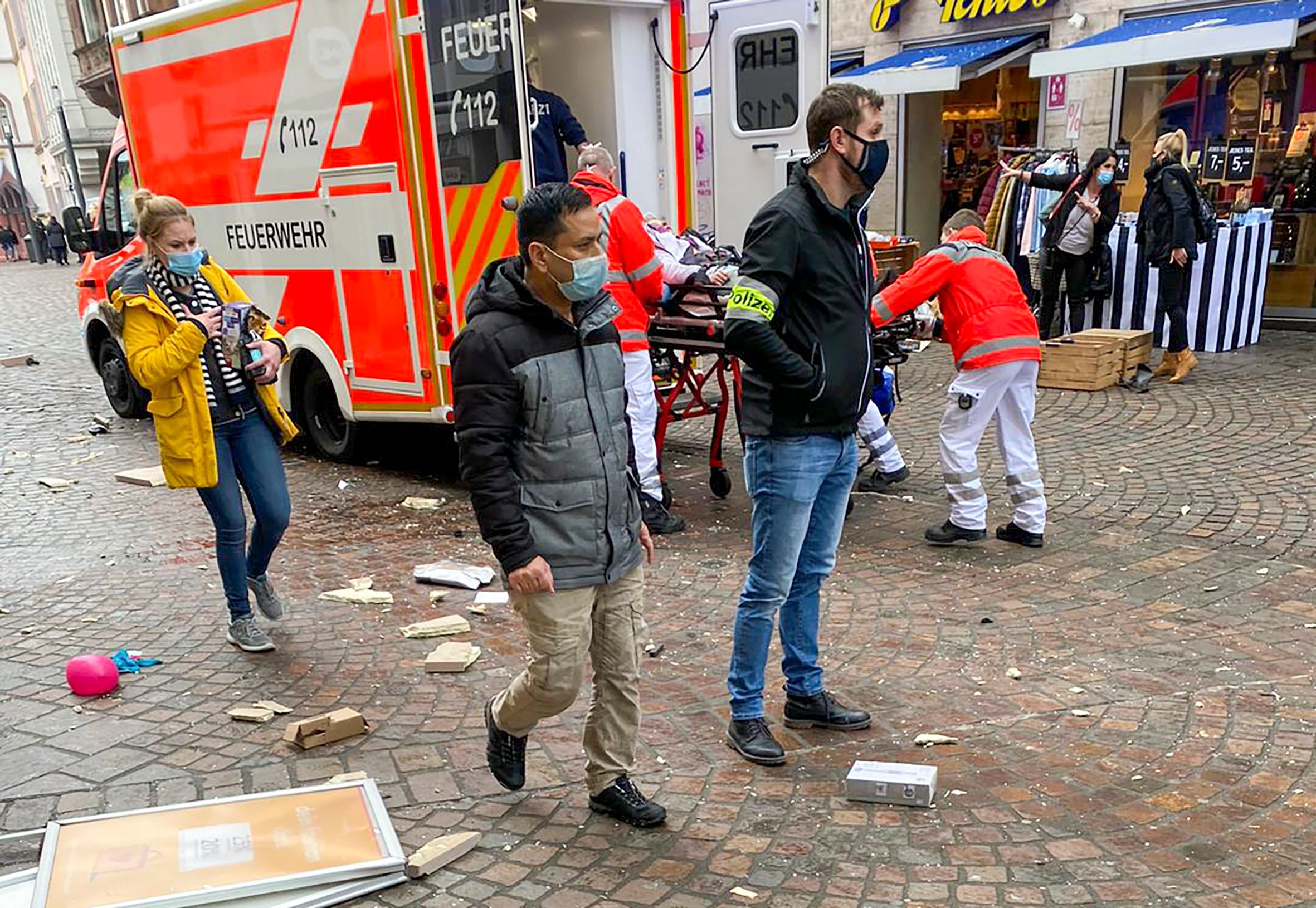 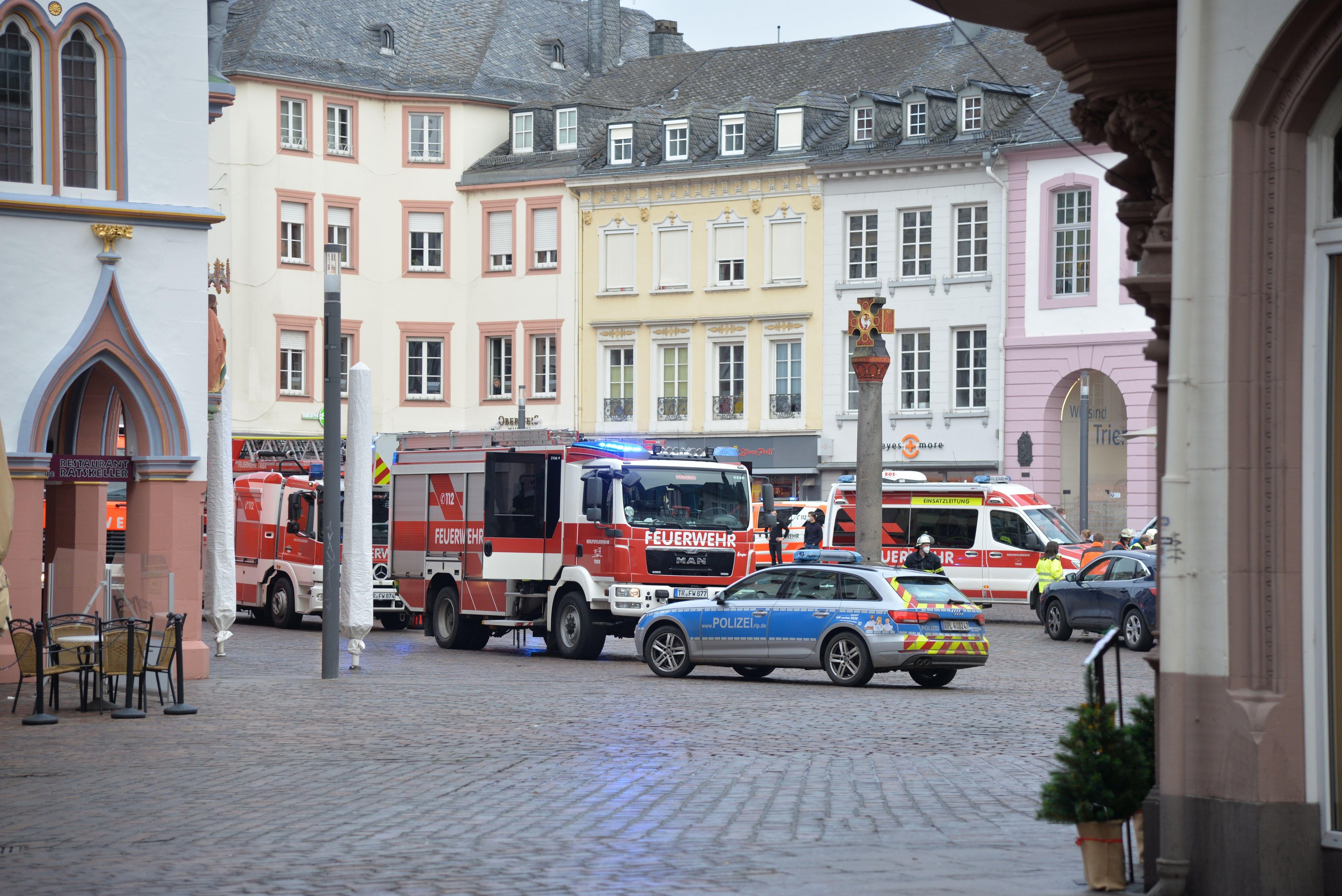 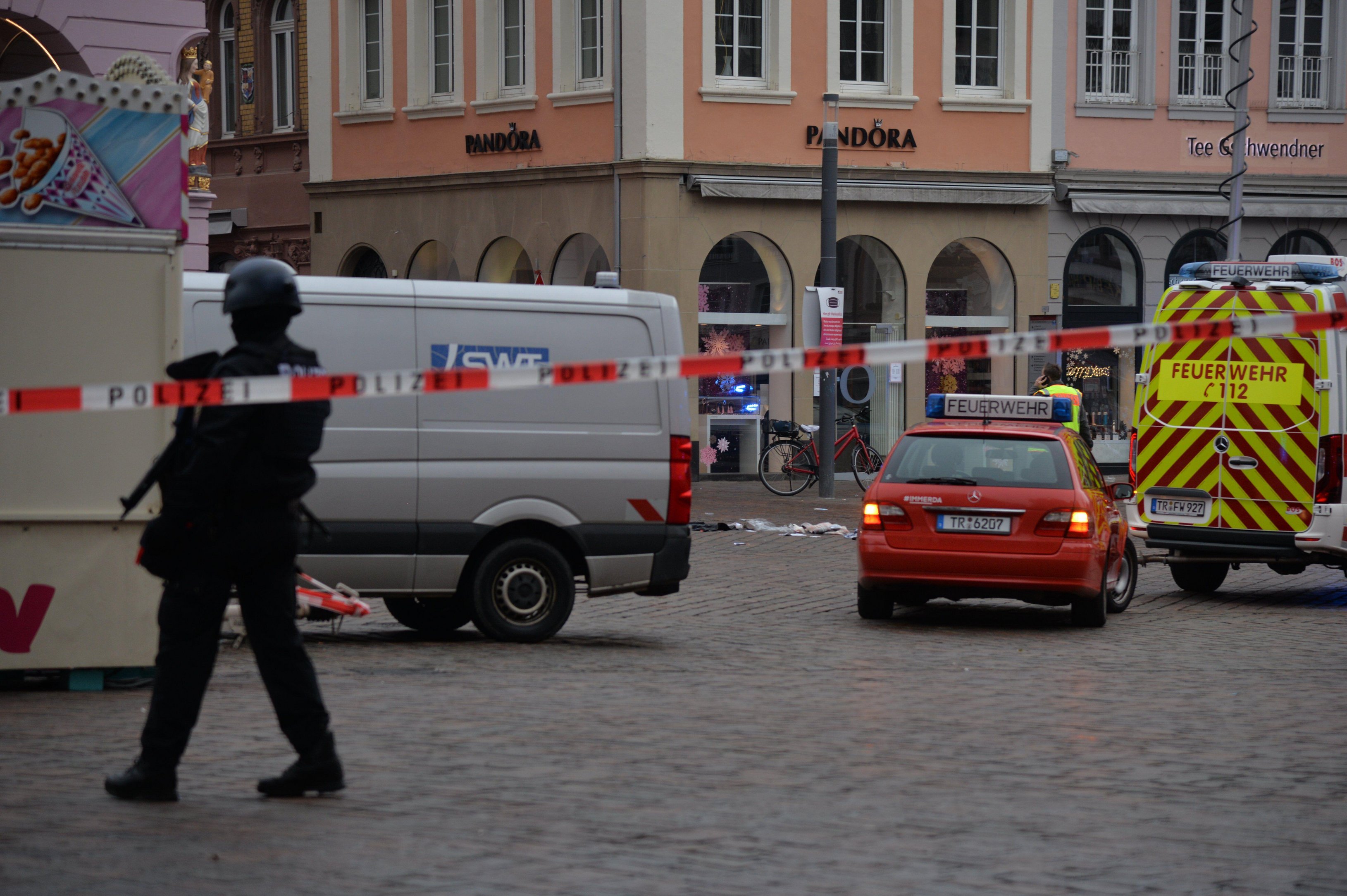 According to Trierischer Volksfreund, the car drove from Porta Nigra towards the main market and then into Fleischstrasse where several people were injured.

The driver was said to have left a "trail of destruction" before armed cops flooded the area.

Parents were called shortly after 2pm and told to collect their children from school early amid the rampage.

Christmas markets in Germany have been cancelled amid the coronavirus outbreak, but shops have remained open for festive shopping.

One shop owner said panicked people were screaming as they poured into her store as the car rammed into the crowds on the pedestrianised street.

She said a man and a woman had died.

"What happened in Trier is shocking," Steffen Seibert, a spokesman for Chancellor Angela Merkel, said on Twitter.

"Our thoughts are with the relatives of the victims, with the numerous injured and with everyone who is currently on duty to care for the victims."

Cops said there was "no indication of an ongoing threat".

"The crime scene – pedestrian zone – is cordoned off and secured over a large area. We ask you to avoid the area," the force said on Twitter. 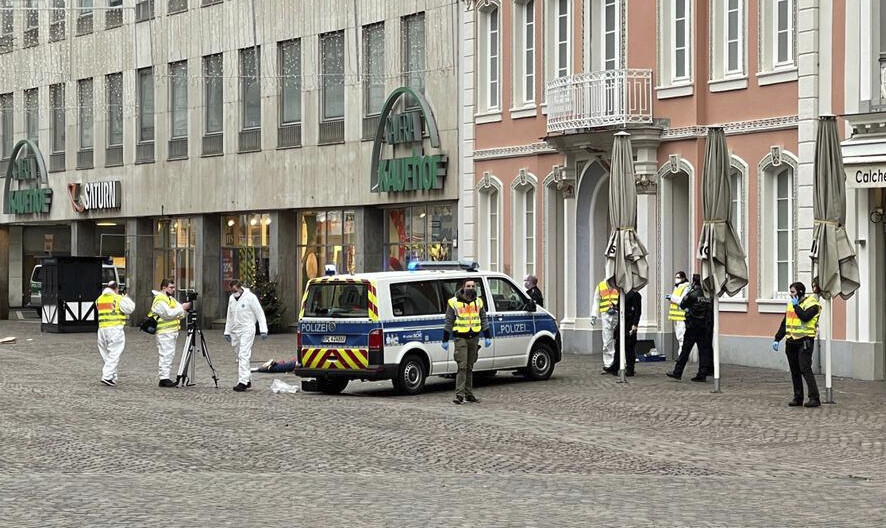 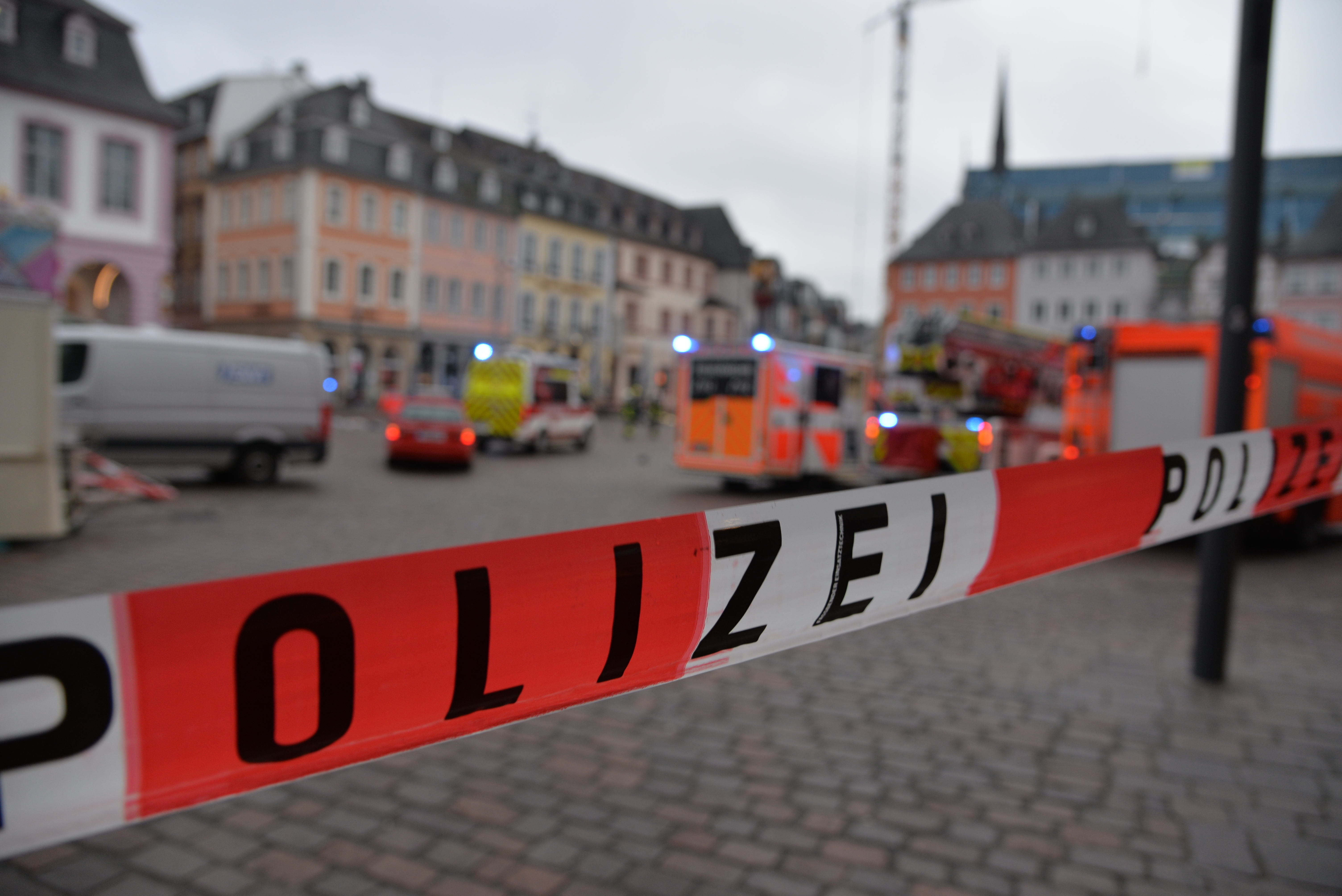 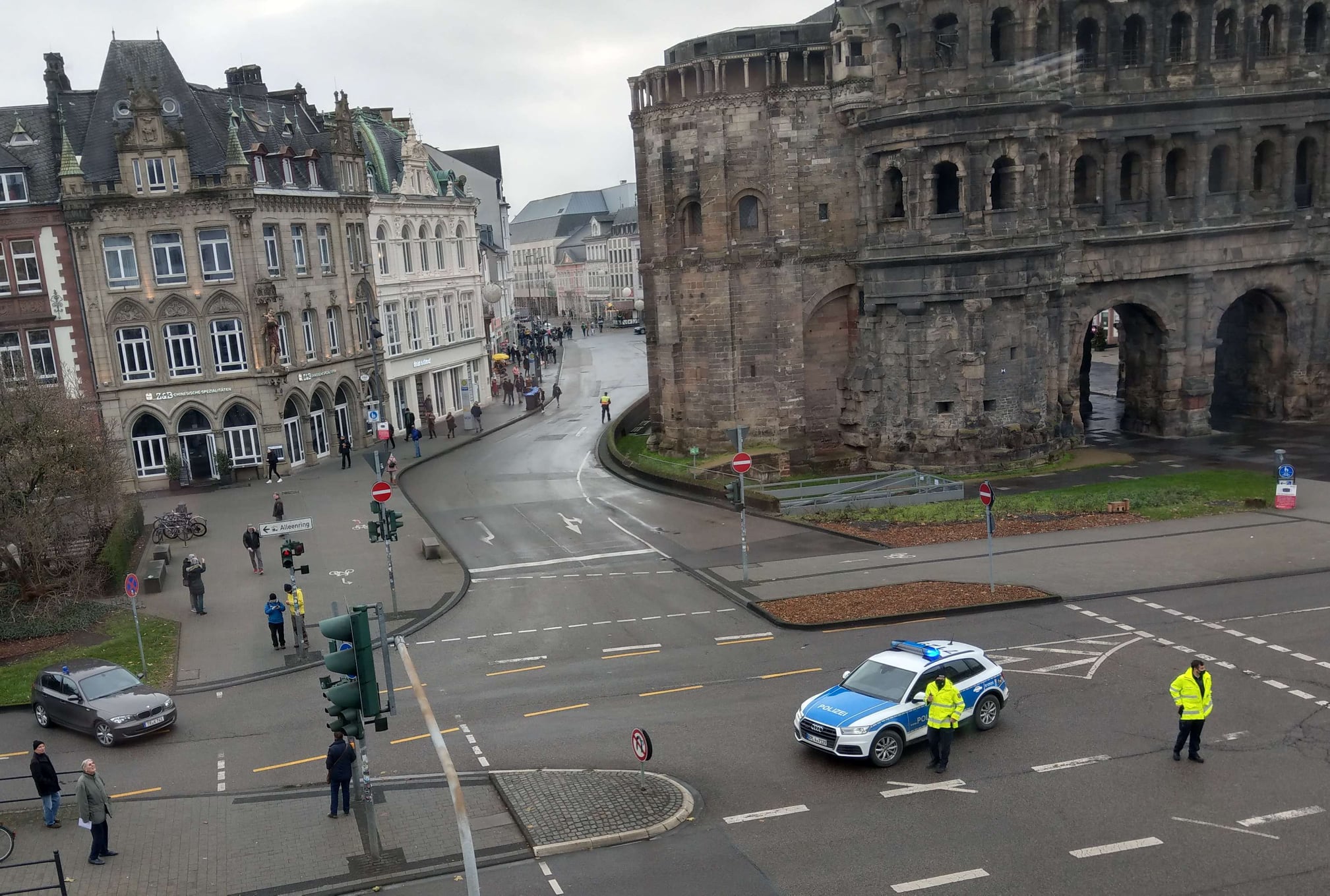 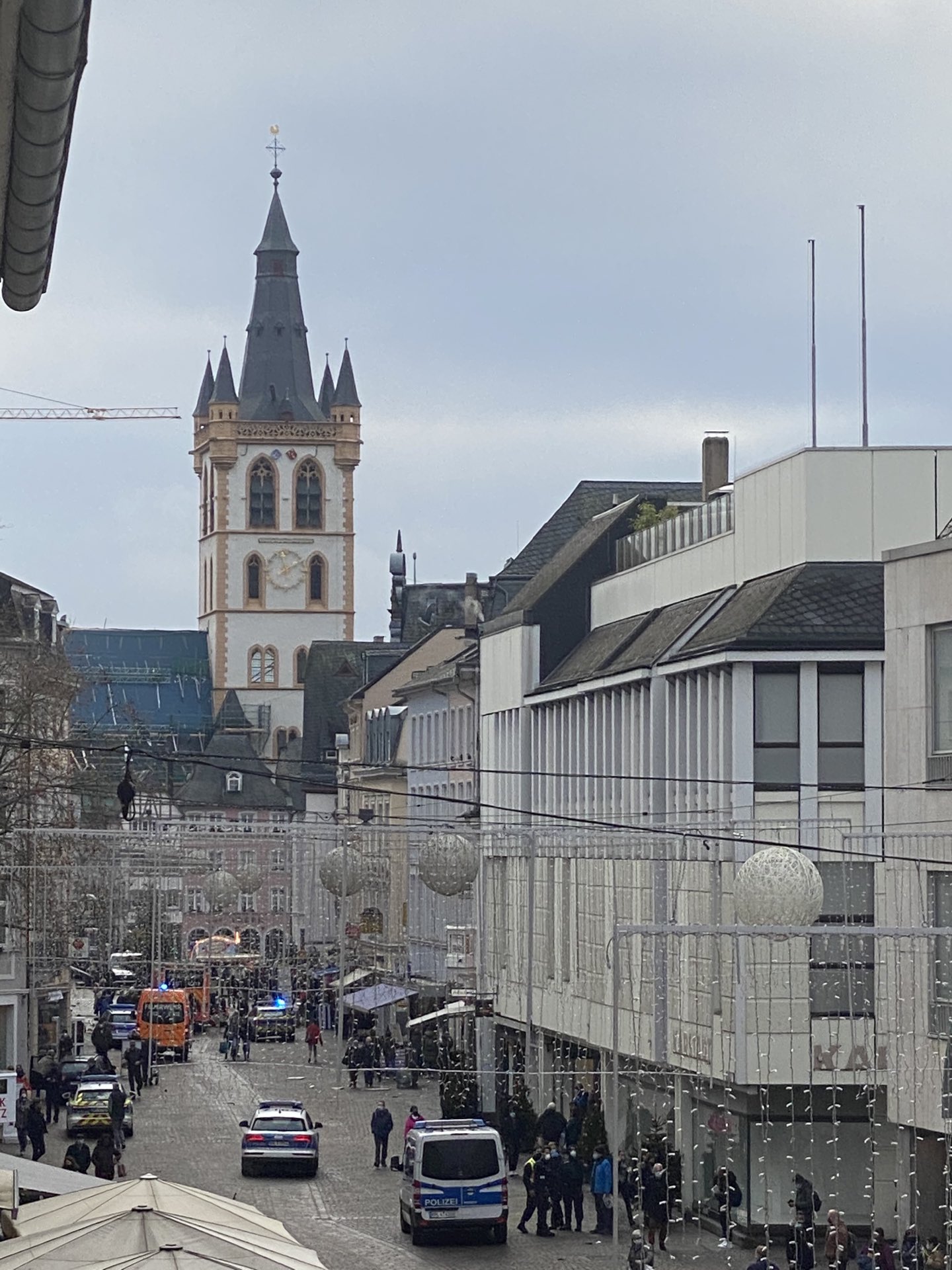 "The crime scene work is done at full speed, as is the investigation into the background."

Footage from the scene broadcast on NTV showed several police vans and other emergency vehicles parked on a wide shopping street in Trier, a large section of which appeared to have been cleared.

Shoppers were seen huddling outside stores festooned with Christmas decorations, while sirens could be heard in the distance.

It has been four years since a truck deliberately drove through a Christmas market in Berlin leaving 12 dead and injuring 56 others.

In the 2016 attack, Anis Amri shot dead a lorry driver before using the vehicle to plough down victims as they enjoy a day at the fair.

In August 2019, six people were injured in a series of motorway accidents in Berlin in what prosecutors described as a suspected Islamist attack.

Trier is about 120 miles west of Frankfurt, near the border with Luxembourg.

The city of about 110,000 people is known for its Roman gate, the Porta Nigra, which is near the scene of the crash, and as the birthplace of Karl Marx.