Grangela v Sir Keir: Row between the smooth-talking self-made London lawyer and the Mancunian former single mother that is threatening to tear Labour apart once again

He is the smooth-talking self-made London lawyer and Remain flagbearer whose socialist parents names him after Labour’s founding hero.

She is a former Stockport teenage single mother and child carer who hauled herself up the political ladder through sheer hard work.

But the relationship between Sir Keir Starmer and Angela Rayner is threatening to tear the party apart yet again as faultlines between the hard Left and moderate wings are re-exposed.

Sir Keir’s attempt to quietly remove her as party chairman as a scapegoat for the electoral catastrophies in Hartlepool, the Tees valley and the West Midlands blew up at the weekend and arguably helped increase her power within the party.

Both have some things in common, coming from humble backgrounds and being relative newcomers in the Commons. They both entered the House in the 2015 election that saw Ed Miliband defeated by David Cameron to form the first full Tory government since 1997.

Here we examine their different journeys to the top of the Labour Party. 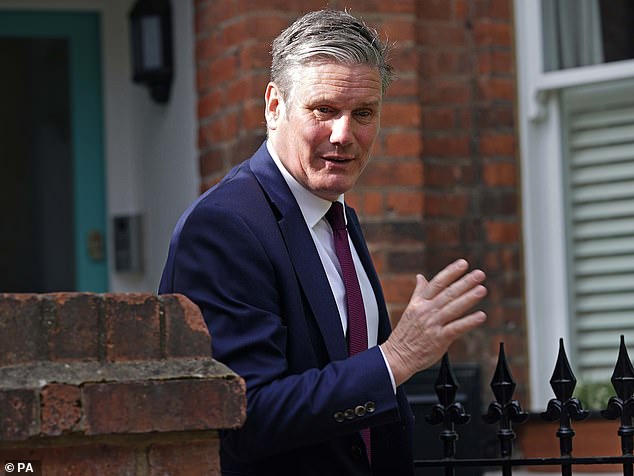 Sir Keir’s attempt to quietly remove her as party chairman as a scapegoat for the electoral catastrophies in Hartlepool, the Tees valley and the West Midlands blew up at the weekend and arguably helped increase her power within the party. 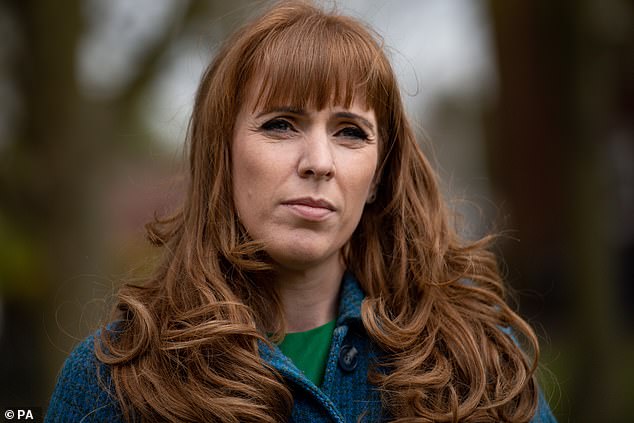 The relationship between Sir Keir Starmer and Angela Rayner is threatening to tear the party apart yet again as faultlines between the hard Left and moderate wings are re-exposed.

Sir Kier Starmer was raised by socialist parents who named him after Keir Hardie, the Labour leader’s founder and a colossus of the socialist movement.

He is married to Victoria, who works in the NHS, and they have two children.

In Who’s Who he refers to his parents Rodney and Josephine Starmer as ‘Rod and Jo’.

During his leadership campaign and afterwards he was at pains to describe his father as a toolmaker and Jo formerly a nurse before suffering from a physical disability.

As well as devoting themselves to rescuing donkeys, Rod and Jo had four children. Sir Keir’s three siblings went to comprehensive school while he passed his 11-plus and went to Reigate Grammar School.

The shadow minister has said about his happy home life that ‘whenever one of us left home, they were replaced with a donkey’.

He then went on to become the first member of his family to go to University. He studied law at Leeds and did a post-graduate degree at St Edmund Hall Oxford, before joining the Middle Temple chambers of Sir John Mortimer, the late barrister and novelist. 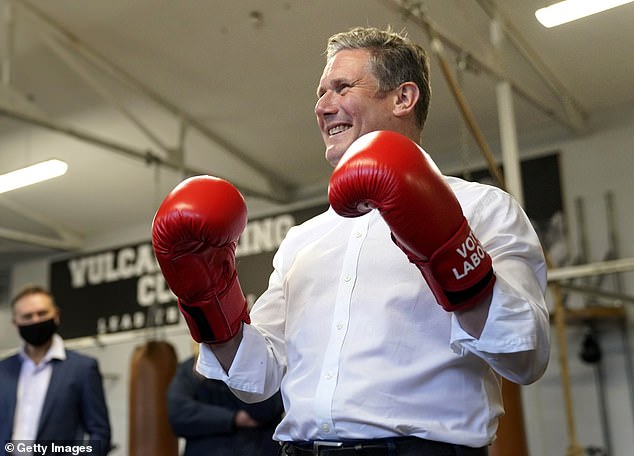 Up for the fight? Sir Keir faces a battle to hold Labour together

He went on to specialise in defending in human rights cases and became a Queen’s Counsel (QC) in 2002.

Just six years later, and despite being a defence specialist, he was made director of public prosecutions (DPP), the head of the Crown Prosecution Service.

Cases he oversaw included the prosecution of then Lib Dem Cabinet minister Chris Huhne for perverting the course of justice.

He held the post until 2013 and was subsequently knighted in 2014 for his service in the role.

He held Holborn and St Pancras for Labour in 2015 after its MP, the late Frank Dobson, retired.

Under predecessor Jeremy Corbyn he was shadow Brexit secretary, but did not often appear to be onthe same wavelength as the party leader.

While Mr Corbyn was a Brexiteer of decades longstanding, Sir Keir was a vocal cheerleader for the majority Remain faction within Labour.

This led to many of the more leftwing figures within the party to accuse him of undermining the hard Left leader, by vocally championing the softest of Brexits, and a second referendum.

After Labour’s humiliation in the 2019 General Election led to Mr Corbyn quitting,  Sir Keir ran to replace him on a moderate, unifying platform. He comfortably beat Corbynite candidate Rebecca Long-Bailey to take charge in April.

He attempted to keep the Left onside by giving shadow Cabinet posts to Ms Long-Bailey and a few other survivors of the previous regime. But he is unable to remove Ms Rayner as the deputy leader is elected by party members just as he is.

Angela Rayner’s socialist credentials were forged by a tough upbringing as a carer to her bipolar mother aged just 10 before becoming pregnant with the first of her three children at the age of 16.

The flame-haired 41-year-old has drawn on her experience as a one-time struggling teenage mother throughout her political career.

She proudly welcomed her own granddaughter at the age of just 37 in 2017 with a tweet jokingly referring to herself as ‘Grangela’ after son Ryan Ryan became a father to baby Lilith Mae.

Ms Rayner was just 16 when she had Ryan, and has told how becoming pregnant so young ‘saved’ her.

She  has two other sons aged under 10, Jimmy and Charlie, who was born at 23 weeks and is registered blind. 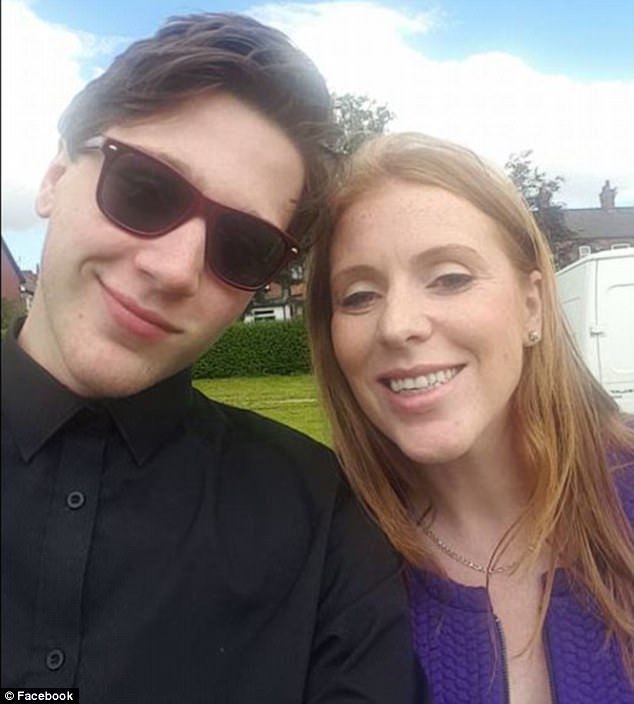 Ms Rayner has previously told how having son Ryan (pictured together) so young ‘saved’ her, teaching her to be ‘tough and motivated’. He has since becoem a dad

She says Charlie would not be alive today without the NHS.

Her teenage relationship with Ryan’s father ended quickly and married Unison official Mark Rayner. But they split up last summer.

She also acted as a carer to her mother, Lynn Bowen, when just a child.

In 202 she opened up about her tough early life, revealing she once had to have her sectioned to prevent her from self-harming.

In a joint interview with ITV News, Ms Bowen credits her daughter with saving her, saying she would not have survived without her.

‘I was in a very dark place, she used to bath me, look after me, feed me,’ Ms Bowen said of her daughter.

Ms Rayner  was only elected to Parliament as the Labour MP for Ashton-under-Lyne for the first time in 2015 but she has swiftly risen up the ranks to national prominence.

It did not take long for her to be welcomed to the Labour frontbench under the leadership of Jeremy Corbyn as she was made shadow education secretary in 2016.

She became one of Mr Corbyn’s most vocal defenders, both in the House of Commons and on the airwaves, before the party sank to its disastrous general election defeat in December 2019.

She swiftly launched a bid for the party’s deputy leadership in the aftermath of the car crash poll, standing on a so-called hard-left ‘dream ticket’ with Westminster housemate and former frontbencher Rebecca Long-Bailey who put herself forward for the top job.

However, unlike Ms Long-Bailey, who rated Mr Corbyn’ leadership 10/10, she was unafraid to criticise him.

In February 2020 she said he failed as Labour leader because he ‘didn’t command respect’ and had not been able to unite the party.

She also insisted she could succeed where Mr Corbyn had struggled because she ‘resonates with people in the country in a way that Jeremy doesn’t’.

While Ms Long-Bailey failed to become leader, Ms Rayner was elected as Sir Keir Starmer’s deputy with an overwhelming mandate from party supporters.

It is this mandate that makes Sir Keir’s attempt to pass blame for the election woes on to her attract so much vocal criticism.

Allies of the deputy leader believe she is much better places to woo-back disenchanted northern voters than a London lawyer.