Greece gives green light for tourists from May 14

Greece gives green light for tourists from May 14: Holiday hotspot will reopen to international visitors who are vaccinated or can show proof of a negative Covid test, minister says

Greece is planning to reopen to British holidaymakers from mid-May – even if they have not received the vaccine.

Yesterday Harry Theocharis, Greek tourism minister, said the country would be open to international tourists who are vaccinated, have antibodies or can show proof of a negative Covid test.

Greece will reopen its borders on May 14 – three days before the earliest date at which Britons can travel abroad, according to Boris Johnson’s roadmap out of lockdown.

Addressing the ITB Berlin trade show, Mr Theocharis said: ‘Our only ambition is to ensure Greece is open to allow anybody who wishes to visit to be able to do so.’ 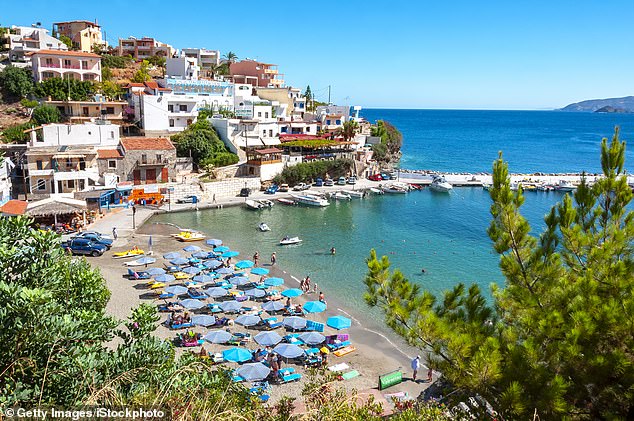 He added that all holidaymakers will be subject to random testing.

It is thought tourists will be able to enter restriction-free after their first jab and children will need to arrive with a negative test. But the final details are still being sorted.

Greece joins countries such as Cyprus which have already announced they will welcome UK tourists once restrictions are lifted.

All tourists will be subject to random testing, the Greek government said.

Tourism accounts for around a fifth of the Greek economy and employs one in five workers.

Mr Theocharis said the authorities would prioritise the vaccination of people working in the hospitality industry once the most vulnerable had received their jab, and were mandating the frequent testing of employees.

He stressed how the country had been able to successfully ‘open tourism safely’ in 2020 when it welcomed six million visitors before a virus resurgance forced it to shut again.

British holidaymakers will be able to travel overseas from May 17 at the earliest, Mr Johnson announced last month, with the government’s reconvened Global Travel Taskforce due to present its recommendations to the Prime Minister on April 12. 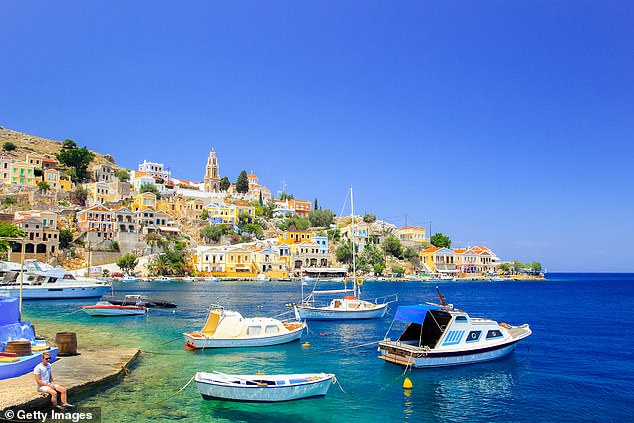 Greece will reopen its borders on May 14 – three days before the earliest date at which Britons can travel abroad, according to Boris Johnson’s roadmap out of lockdown (stock image)

Mr Theocharis said demand in the UK for holidays in Greece is ‘already picking up because there’s a lot more optimism with the way the vaccination programme is progressing.’

Simpson Travel, which specialises in Mediterranean holidays, said that about 90 per cent of villas on some Greek islands had already sold out for the summer.

In 2019, more than 3.5 million British holidaymakers travelled to Greece, the second highest number of international visitors after Germany.

Mr Theocharis said the country would also extend its summer season further into autumn this year.