HARRY Rednapp's millionaire neighbours in Sandbanks claim they are 'under siege' by thousands of 'feral' tourists who are bringing carnage to Britain's most expensive seaside town.

Outraged residents of the luxurious Poole resort said they caught people weeing on beach huts and in public gardens to avoid huge queues for public toilets as 13 tonnes of litter was dumped yesterday. 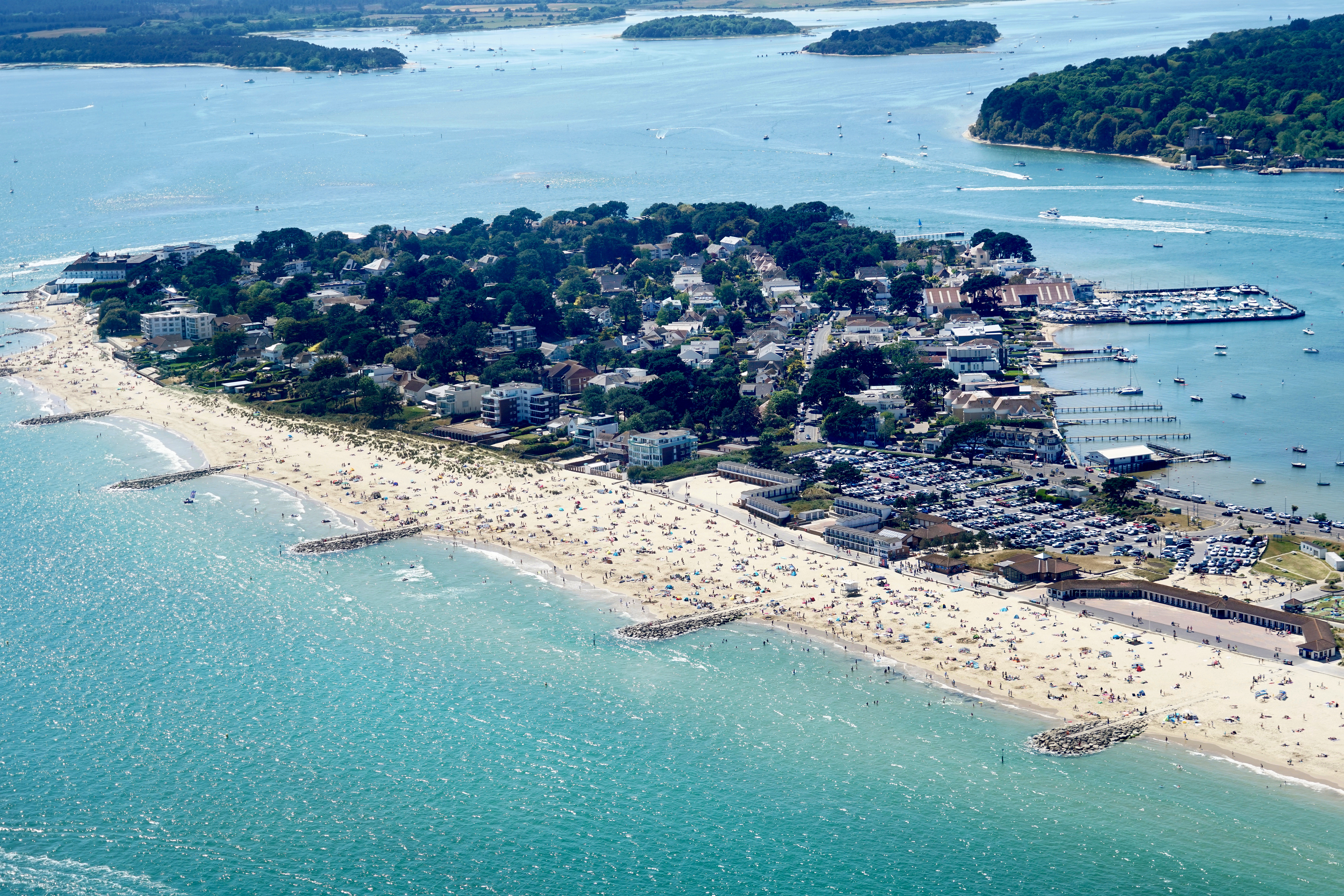 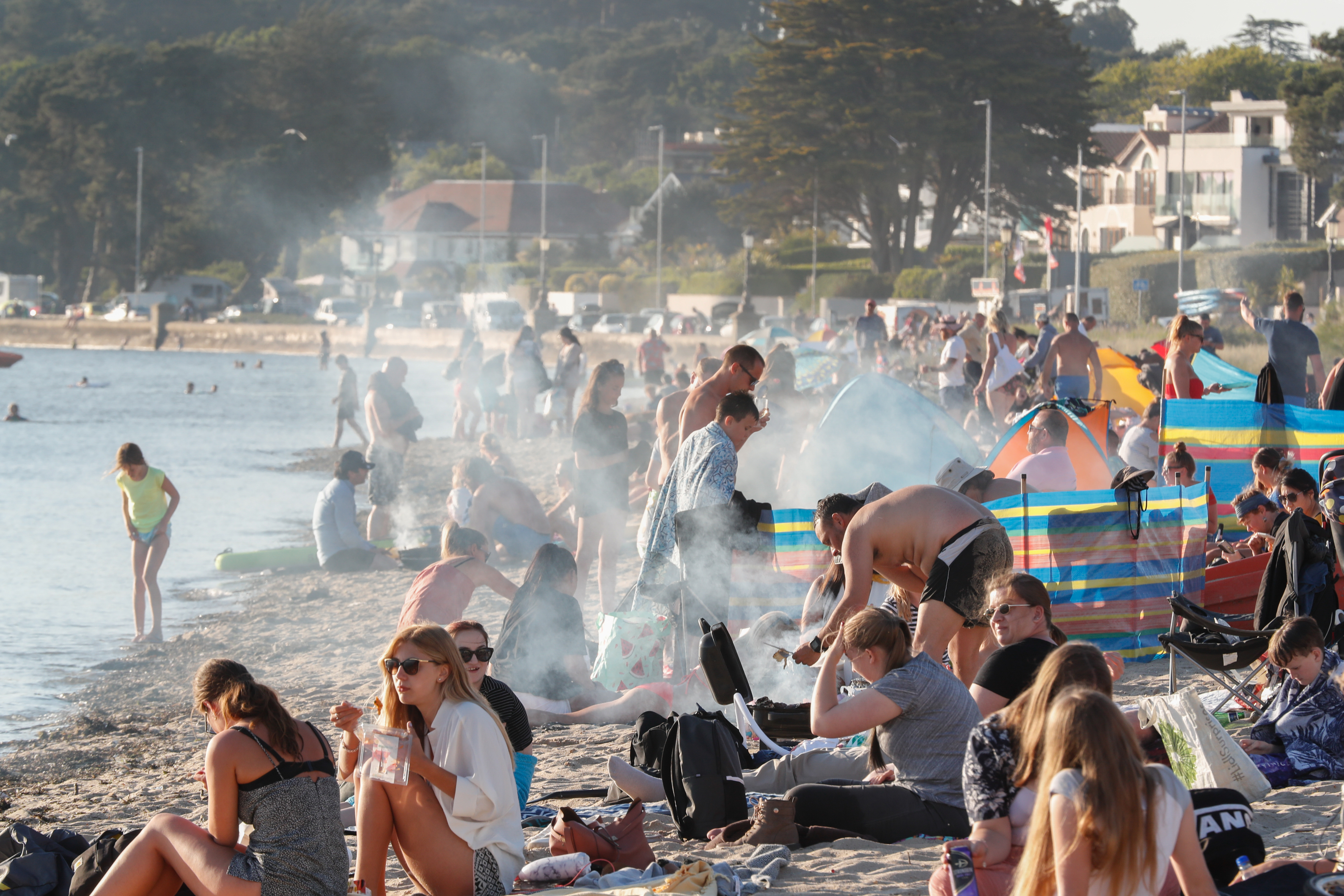 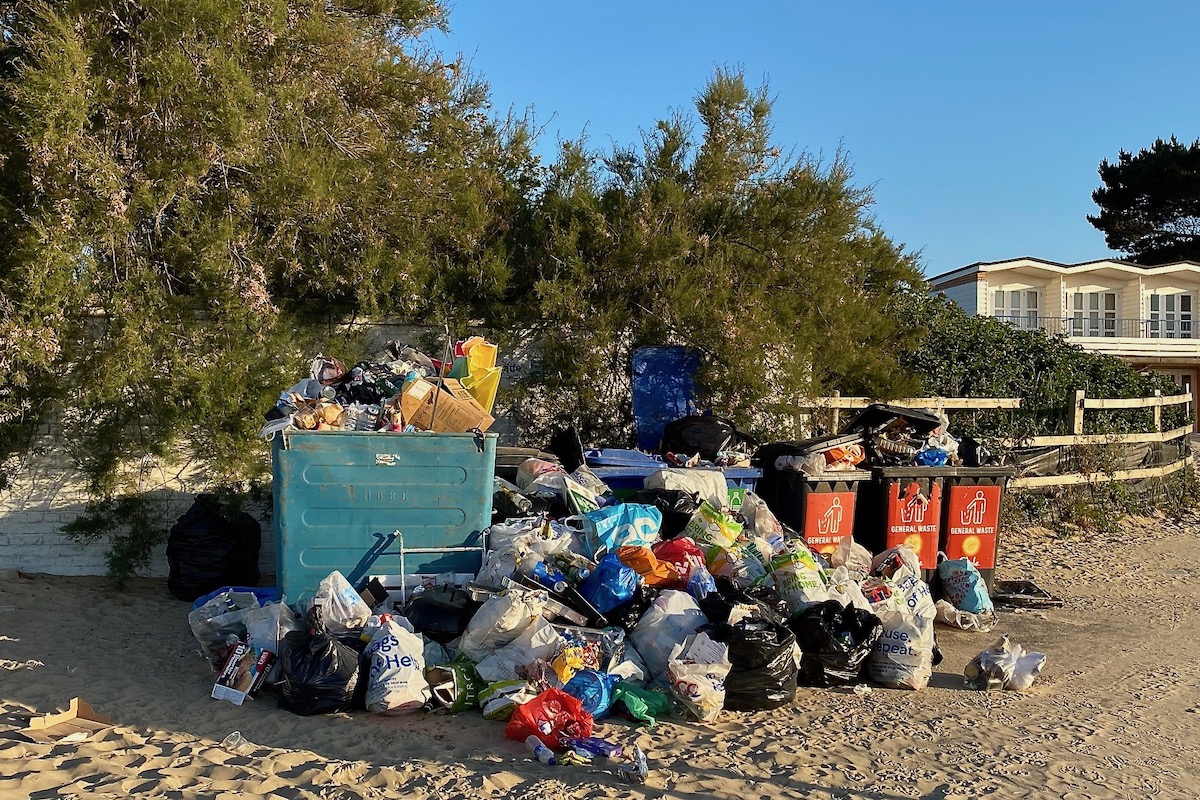 Horrified council workers claim they were "spat at" as they tried to clear people from overcrowded beaches,  as they desperately tried to ensure social distancing was still happening.

The 'perfect storm' of the prolonged sunny weather and lockdown restrictions being lifted has led to hordes to travel from all over the country to visit the exclusive resort in Poole Harbour.

There have also been reports of large groups of up to 20 people ignoring social distancing rules to party late at night on the beach, taking drugs, playing loud music and camping overnight.

Council staff said the litter strewn across the pristine beaches was twice the amount for a normal summer's day.

The rubbish included thousands of hippy crack nitrous oxide canisters that had covered one section of the beach.

Bad parking has also caused traffic gridlock on the enclave that has one road on and off of it.

In 2018, a tiny waterside street of just 13 properties nestled along the Sandbanks peninsula was named the world's most expensive street.

The leader of Bournemouth, Christchurch and Poole council has been left horrified by the 'feral' behaviour of out-of-town visitors to the resort.

With no sign of the heatwave abating, town hall officials in Bournemouth are calling on Boris Johnson to restrict people from travelling outside their home counties or post code areas.

Vikki Slade, the leader of the council, said: "People have gone feral, that is the only word for it. The way they are behaving is like something out of the apocalypse.

"These are people who have no regard for society. They don't care at all. We aren't talking people in groups six, we are talking groups of 20.

"But they don't care and tell you to 'do one' when you challenge them.

"I saw a series of men go to toilet behind the beach huts 25 metres away from a public toilet because they couldn't be bothered to queue.

"Since the government eased lockdown and let people travel wherever they wanted it has been a disaster for us.

We have had reports of people urinating in gardens and abusing residents when challenged, defecating in the sand dunes, litter piled high and just left by visitors on the beach.

"I have written to all our local MPs asking them to lobby the government to restrict people travelling to within their county or postcode boundary."

The Sandbanks Community Group – a local residents association – are also urging the authorities to take action to prevent more mayhem in the millionaire's playground.

David Morley, the chairman of the Sandbanks Community Group, said: "We find ourselves under siege as vast numbers of people descend on Sandbanks during the hot spell.

"The authorities appear to have lost control.

"The beach is trashed daily and there are regular late-night parties and anti-social behaviour from big groups of young people is causing a major nuisance, smoking weed, drinking alcohol and playing loud music.

"I don't know about distances people are travelling but it is obvious they are not local people.

"We have had reports of people urinating in gardens and abusing residents when challenged, defecating in the sand dunes, litter piled high and just left by visitors on the beach.

"Visitors have been camping all night on the beach which clearly isn't allowed.

"Barbecues have been left burning on the beach and we have had freestyle parking and Sandbanks being used as a late-night race track by boy racers driving high-performance cars."

Sandbanks is not the only UK beauty spot to be plagued by day-trippers, the Peak District has been inundated with tourists.

A few weeks ago, Staffordshire Police Chief Inspector Mark Thorley pleaded with the public, asking them to be "respectful" as the area became a magnet for litter and traffic jams.

The Norfolk Coast Partnership sent out a plea for the pubic to stay away from its coastline for the moment so the area is not "overwhelmed".

Dorset Council and the Visit Peak District & Derbyshire tourist board are telling people to "think" before travelling, to act responsibly and protect the local community. 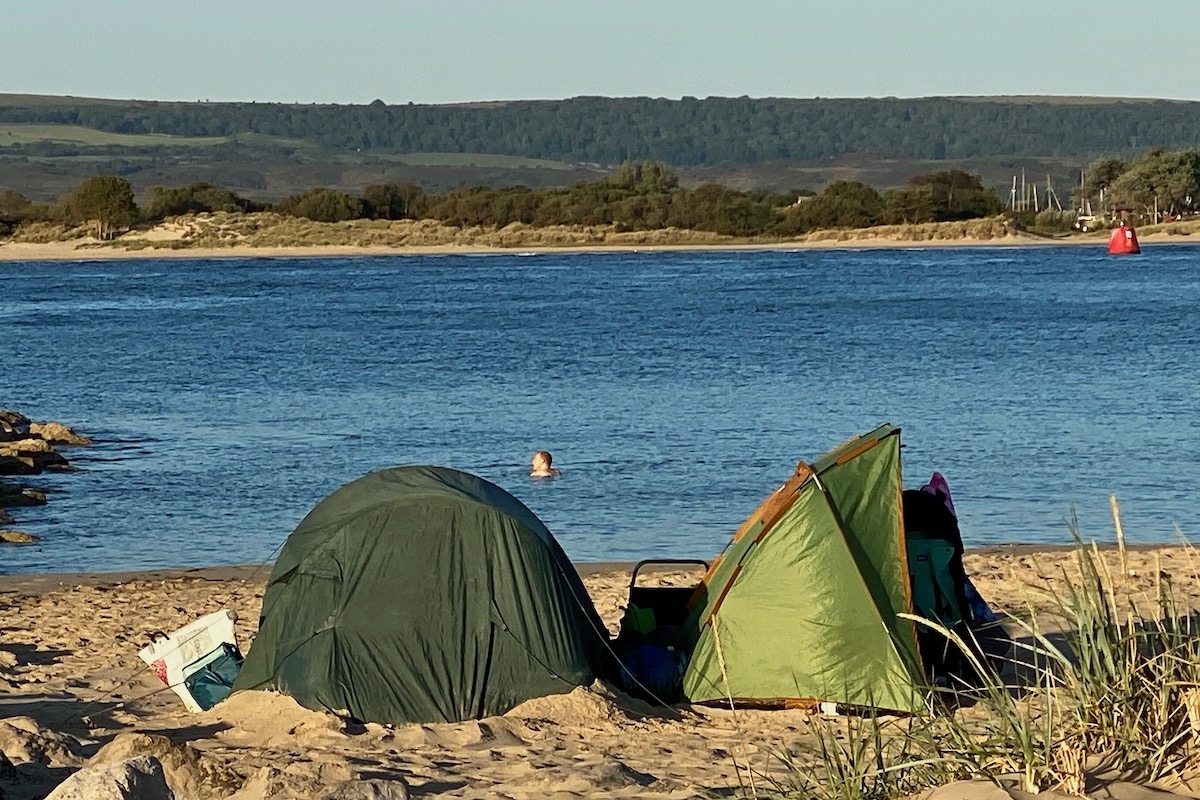 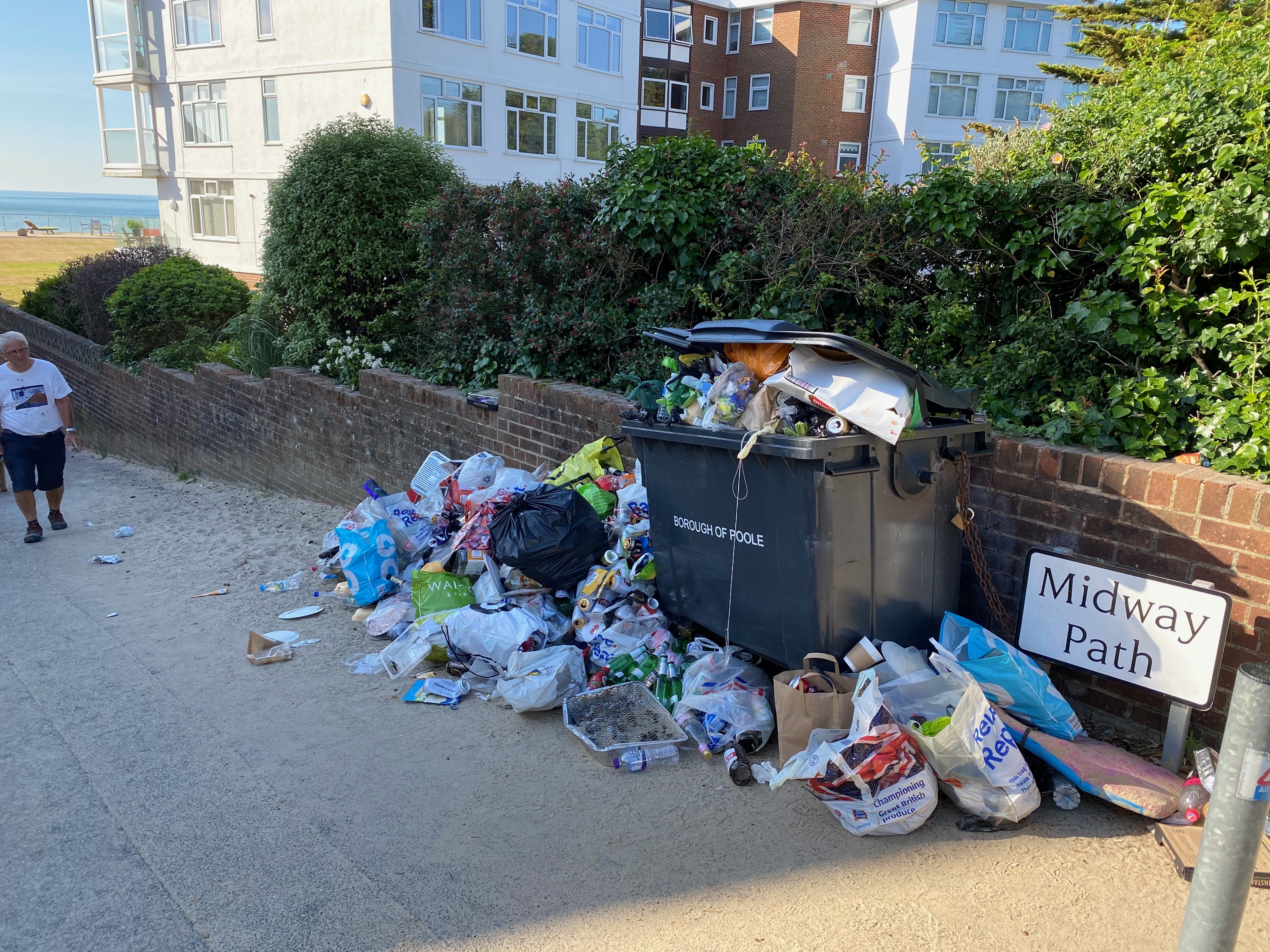 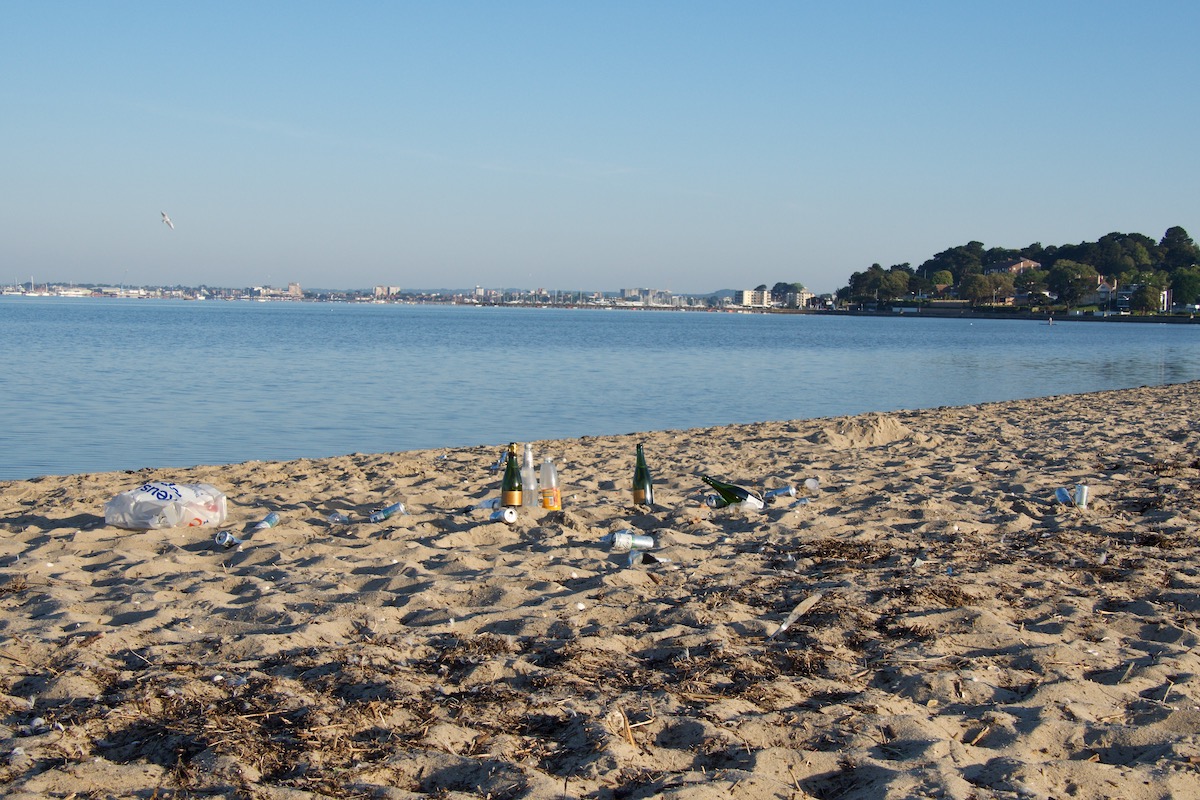 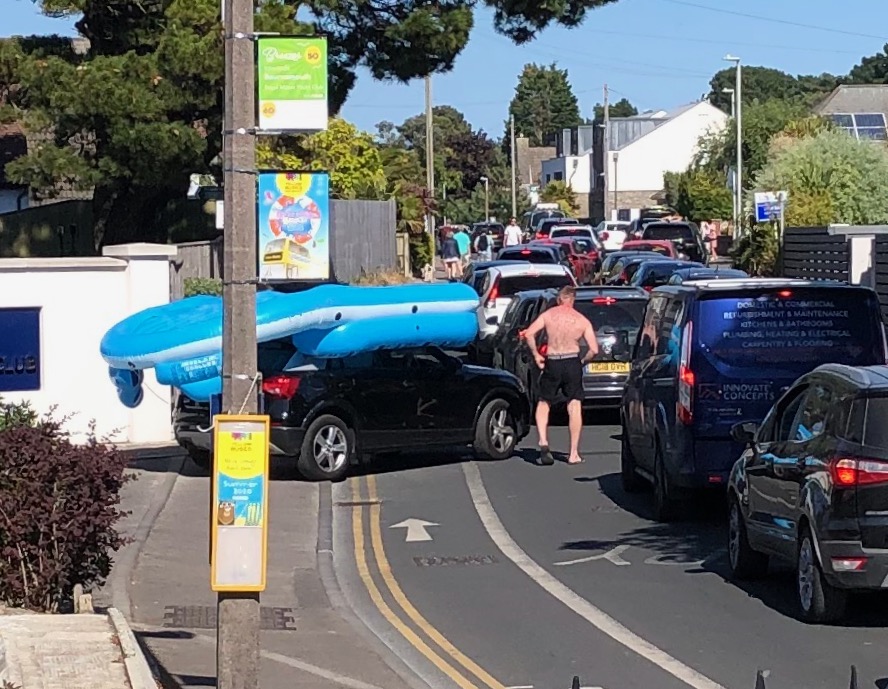 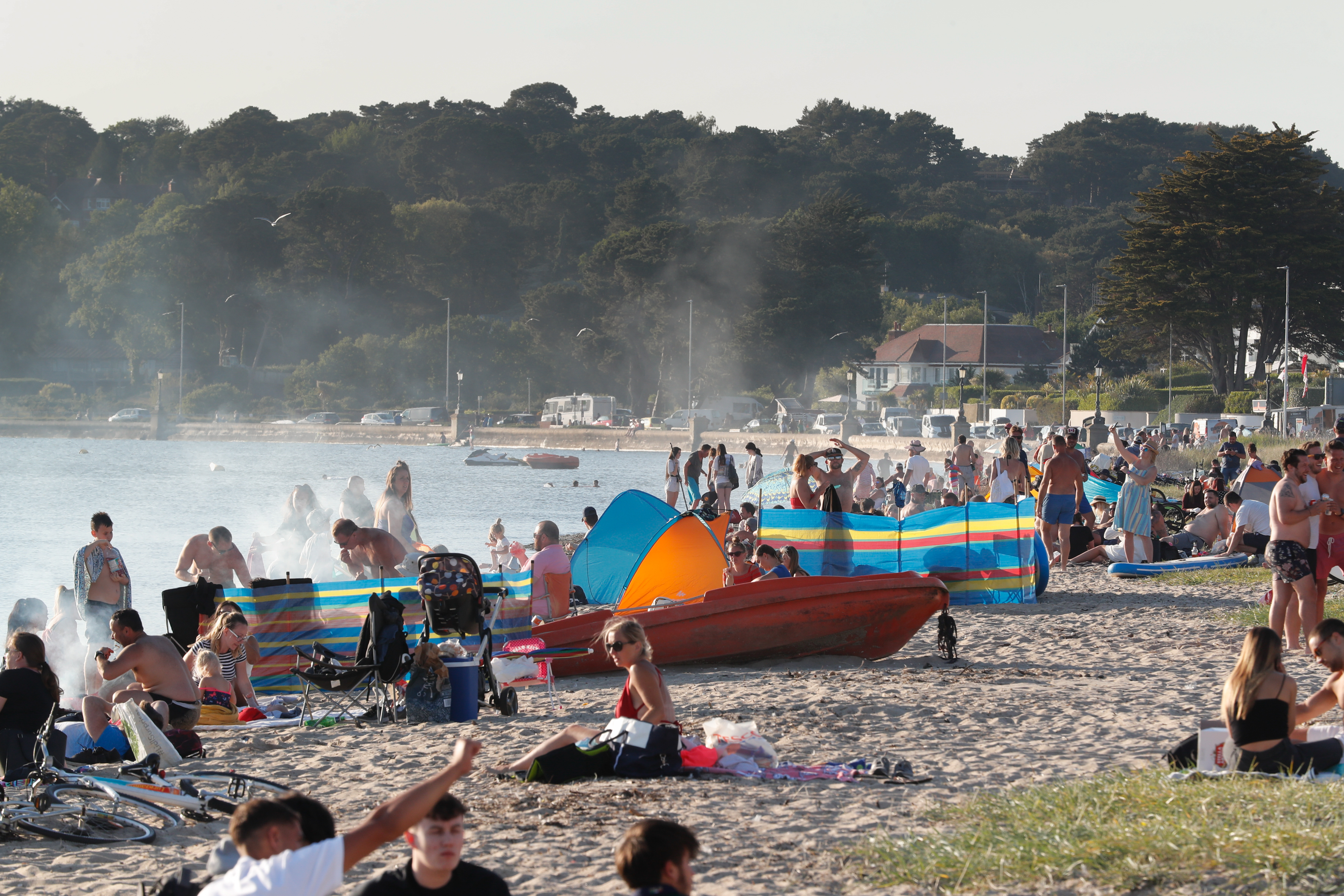 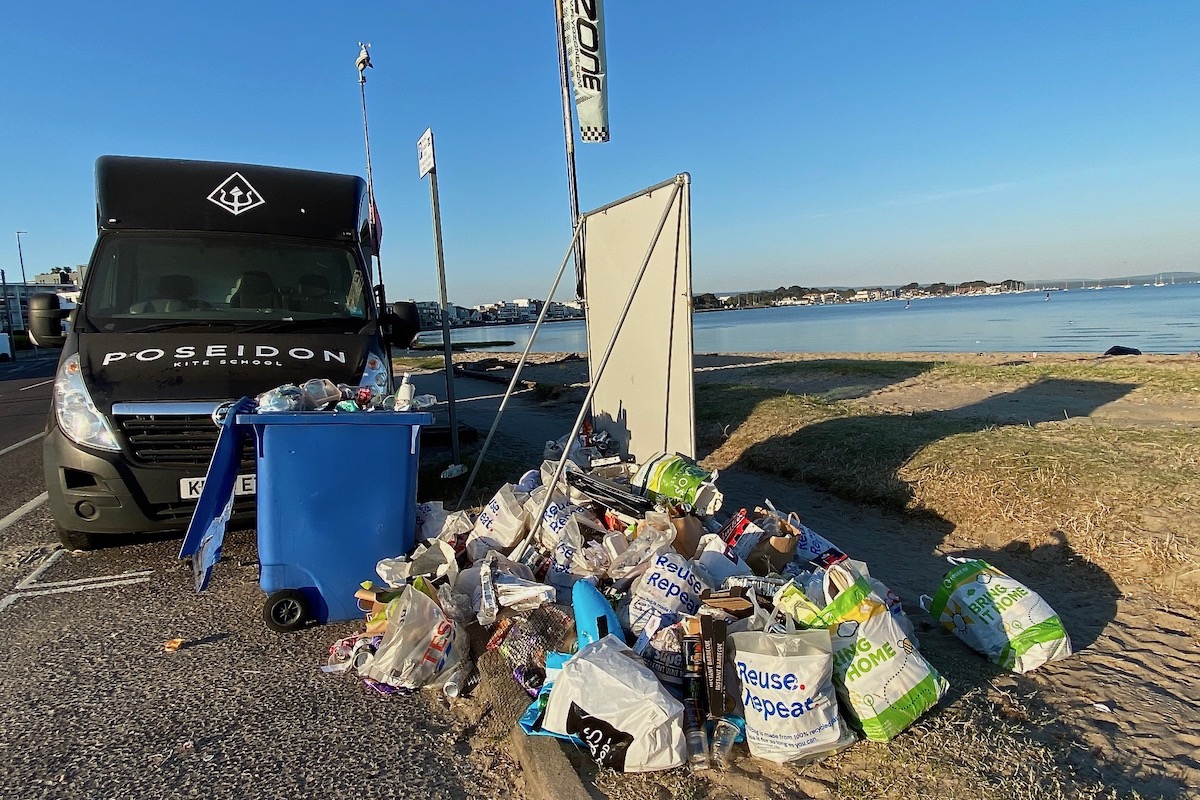 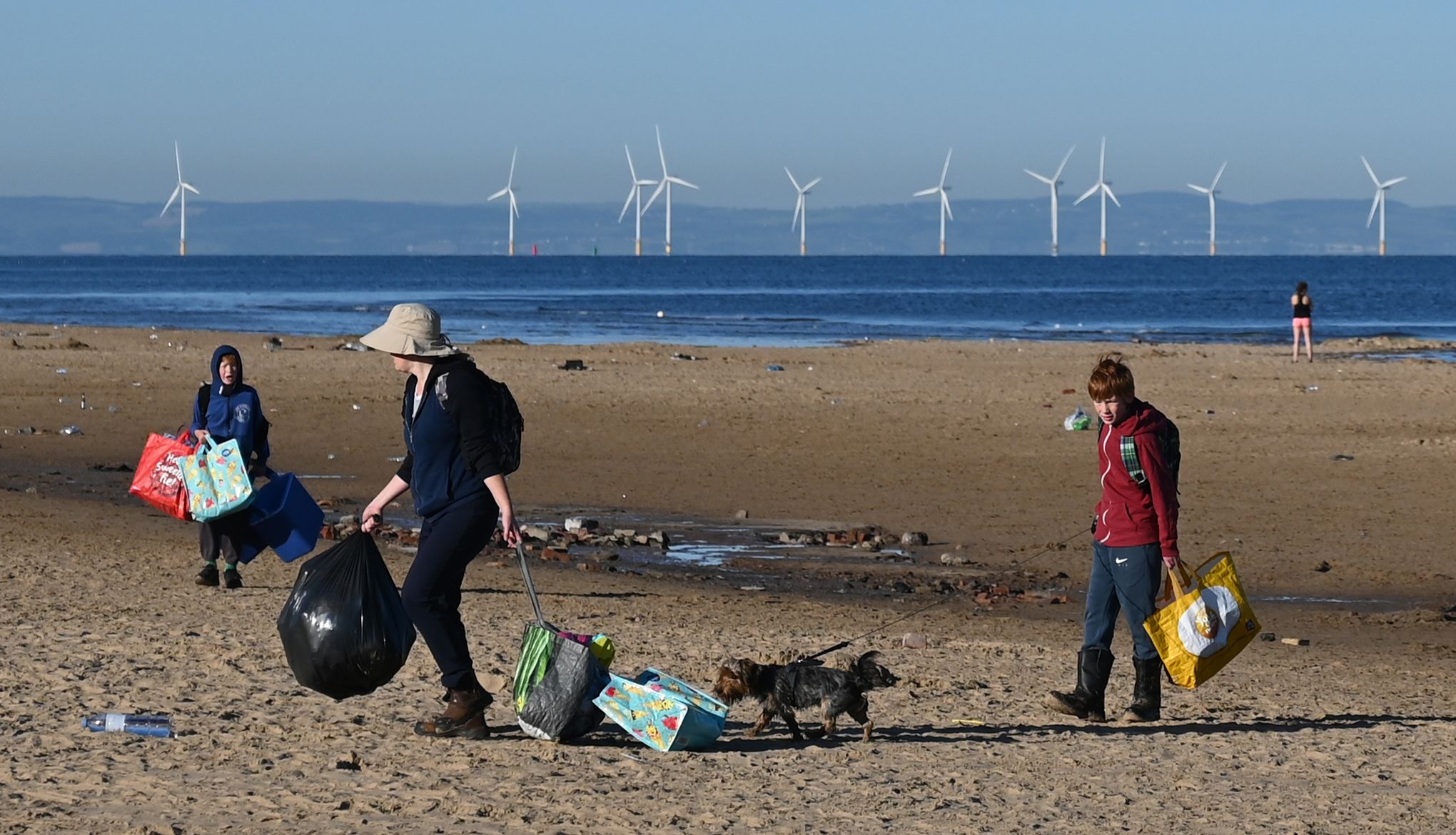 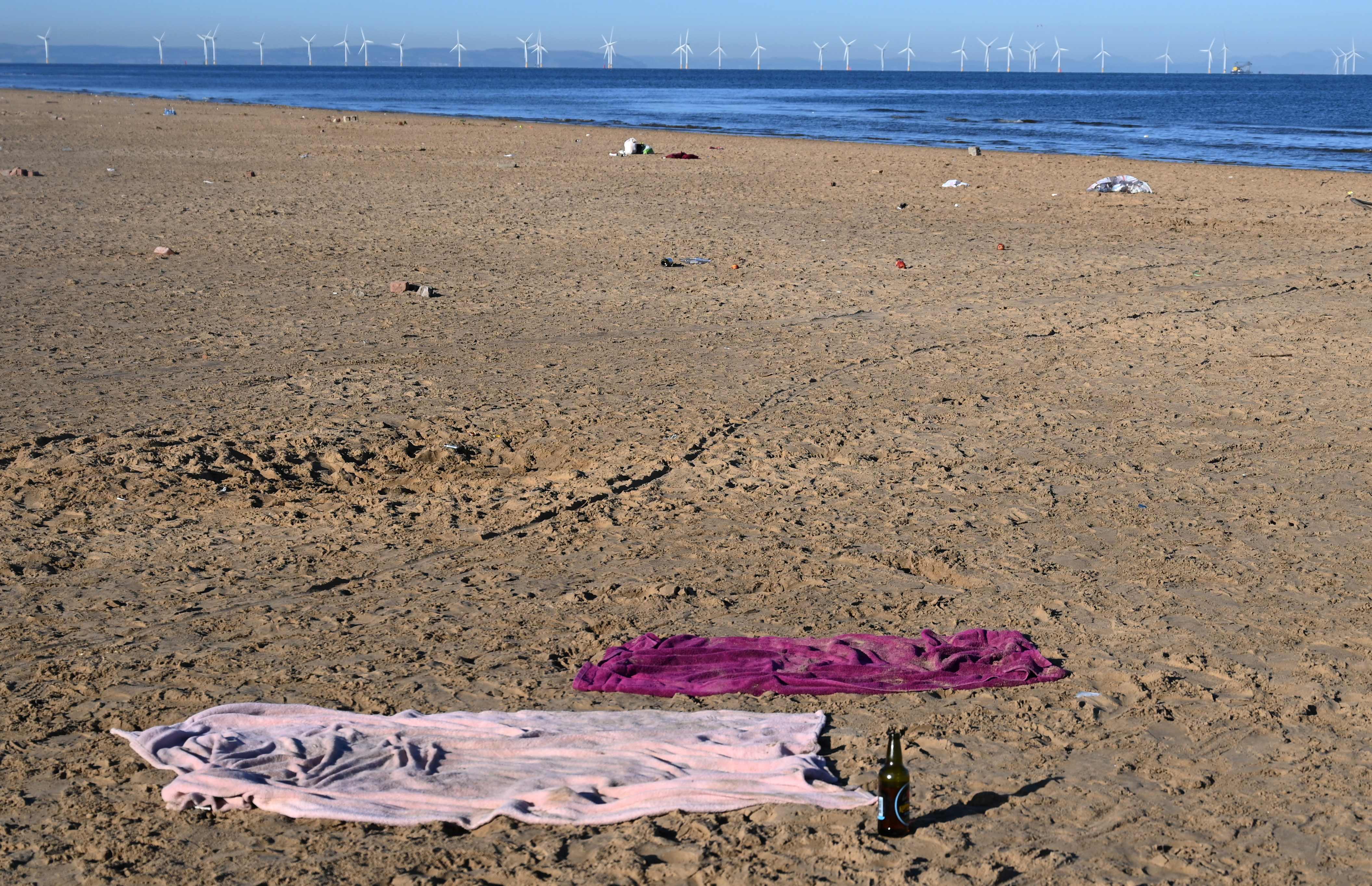 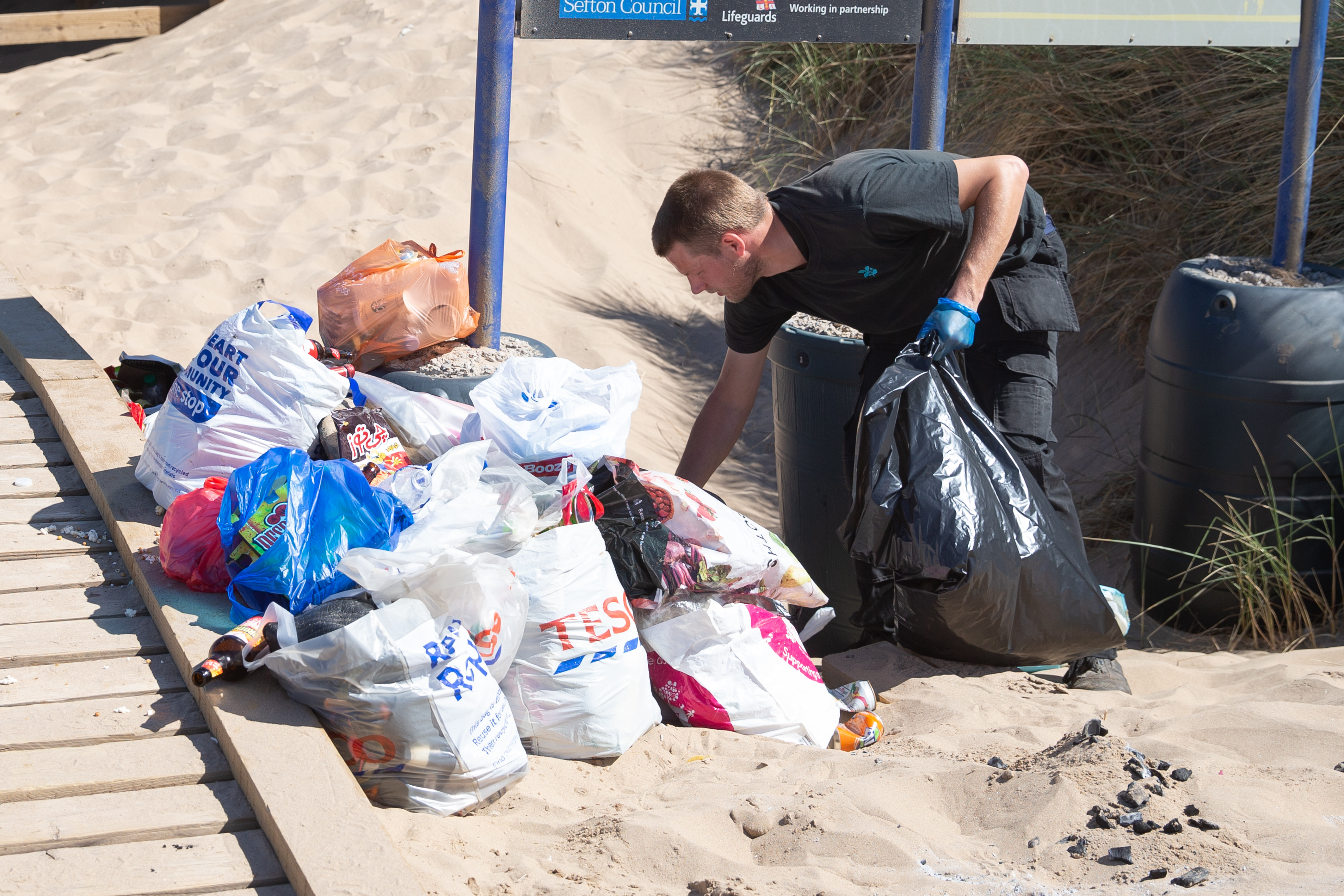 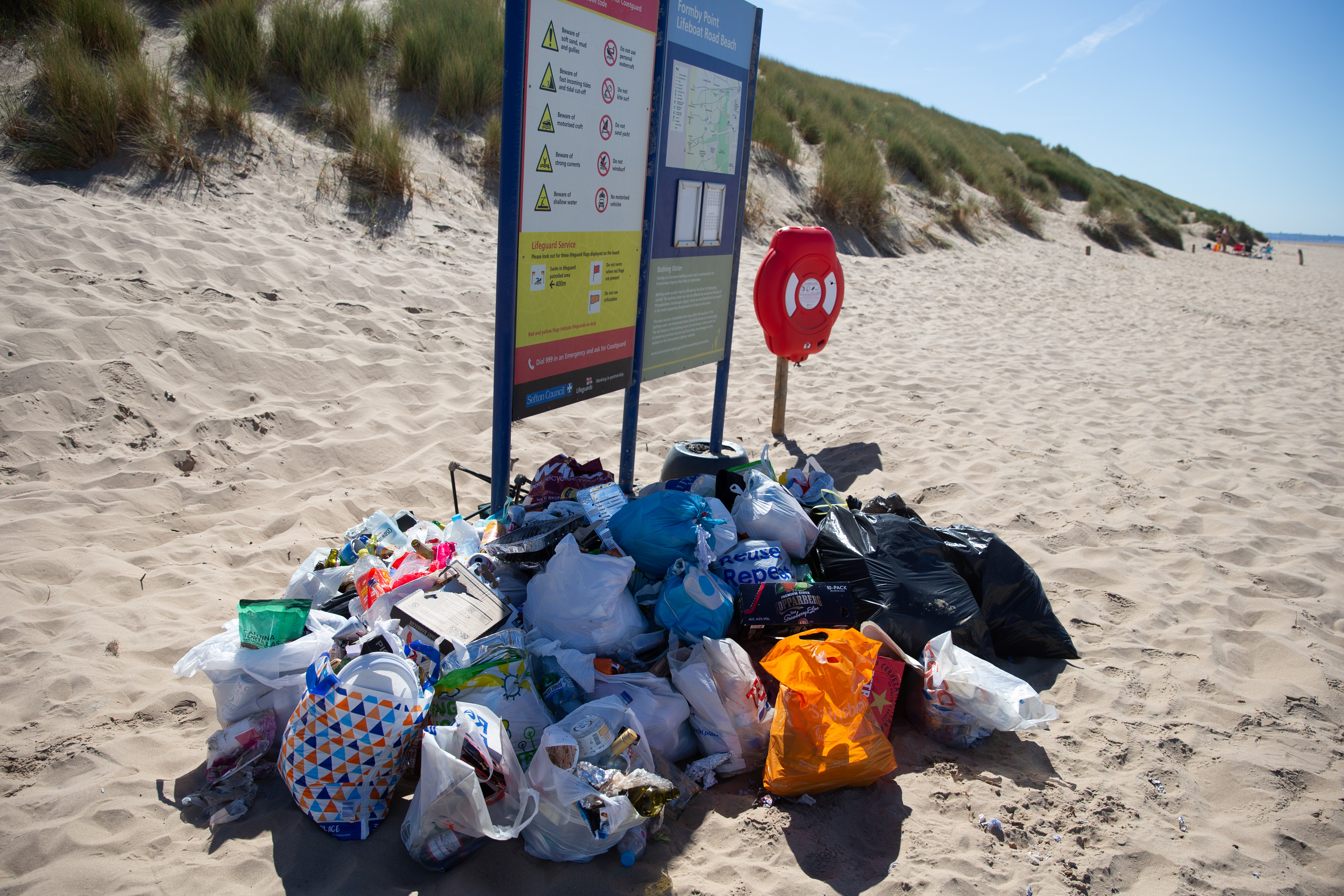