THIS is the terrifying moment a huge crocodile leapt up at an Aussie presenter as she posed for pictures with it.

Zarisha Bradley, a reporter for 9 News, got the fright of her life when she was filming a segment today and posed for a picturewith what seemed to be an idle reptile. 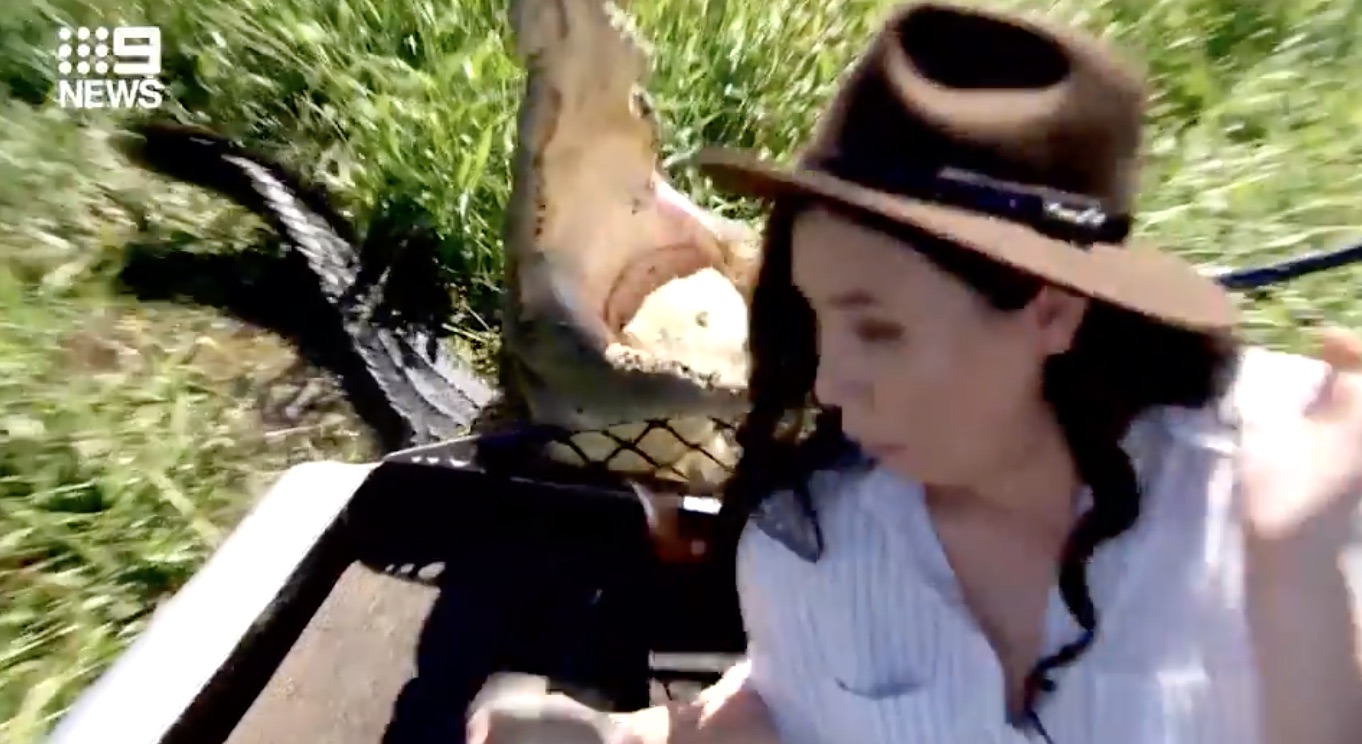 But the croc, called Bonecruncher, wasn’t quite so lethargic as it first appeared and sprung out of the water and nearly caught her in its jaws.

She said: "This beast known as 'Bonecruncher' had a go at having me for dinner and I don't think I've moved quicker in my life.

"Despite the fright, Bonecruncher is the most special croc I've met in my Northern Territory adventures and I won't hold a grudge."

Bradley also took to Twitter to talk about her ordeal, writing: “Can confirm it’s true what they say about giving a smile to a crocodile.

She added the clip would be included in her next broadcast.

“Bet that got the adrenaline pumping,” one commenter wrote, while another said it could’ve been a “Darwin lovebite”.

Bradley had a lucky escape after a 24-year-old man needed to have his fingers reattached last month after he was attacked by a crocodile while fishing at Mandorah, across the harbour from Darwin, Australia.

A 23-year-old man in Arnhem Land also escaped serious injury in late April, after he was grabbed by a crocodile while fishing on the Glyde River, News.com.au reported.

NT Police Watch Commander Siiri Tennosaar said the man was hunting in waist-deep water when the crocodile attacked him.

“He was grabbed from behind by a 1.8 metre (crocodile) and the man held onto some mangroves and the crocodile for some reason released him and swam away,” she said.

“So other than suffering some pretty deep lacerations to his upper thigh, he managed to get away with no life-threatening injuries.”

Commander Tennosaar recommended the man “go straight to get a lotto ticket”. 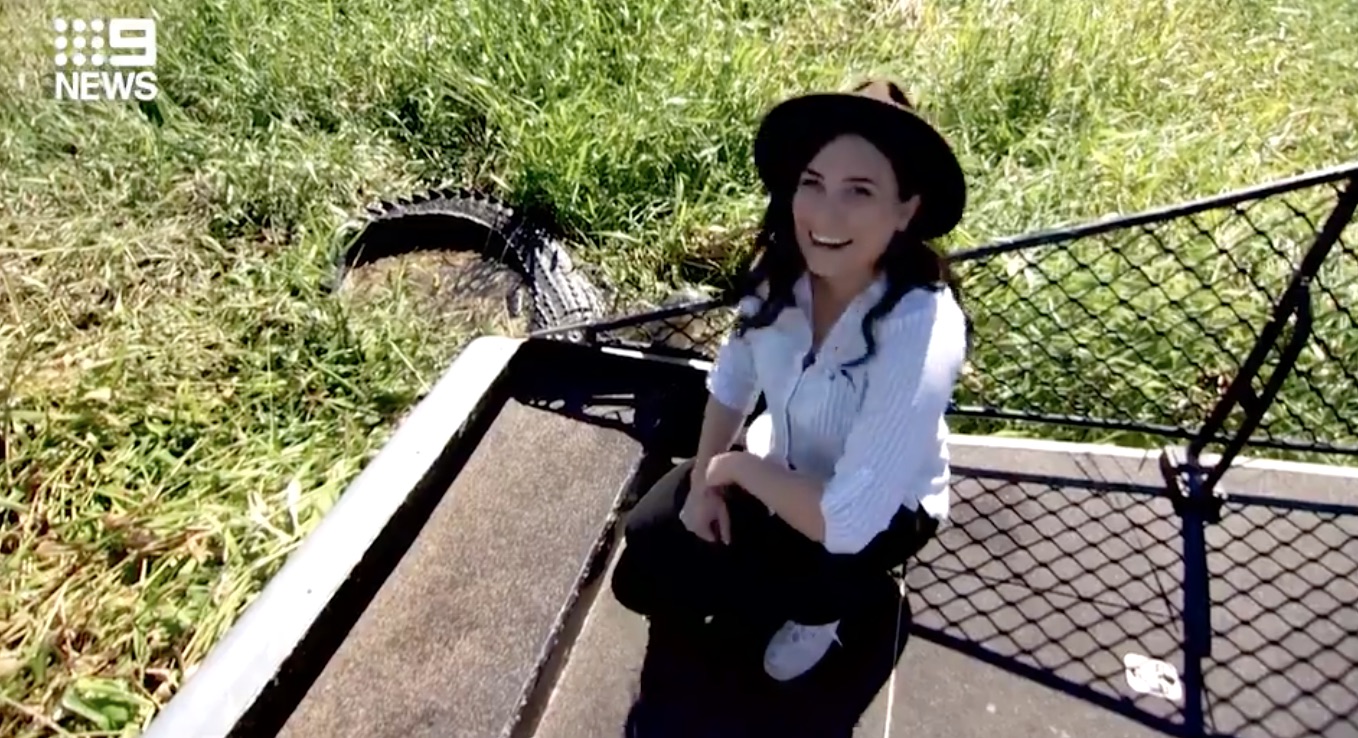 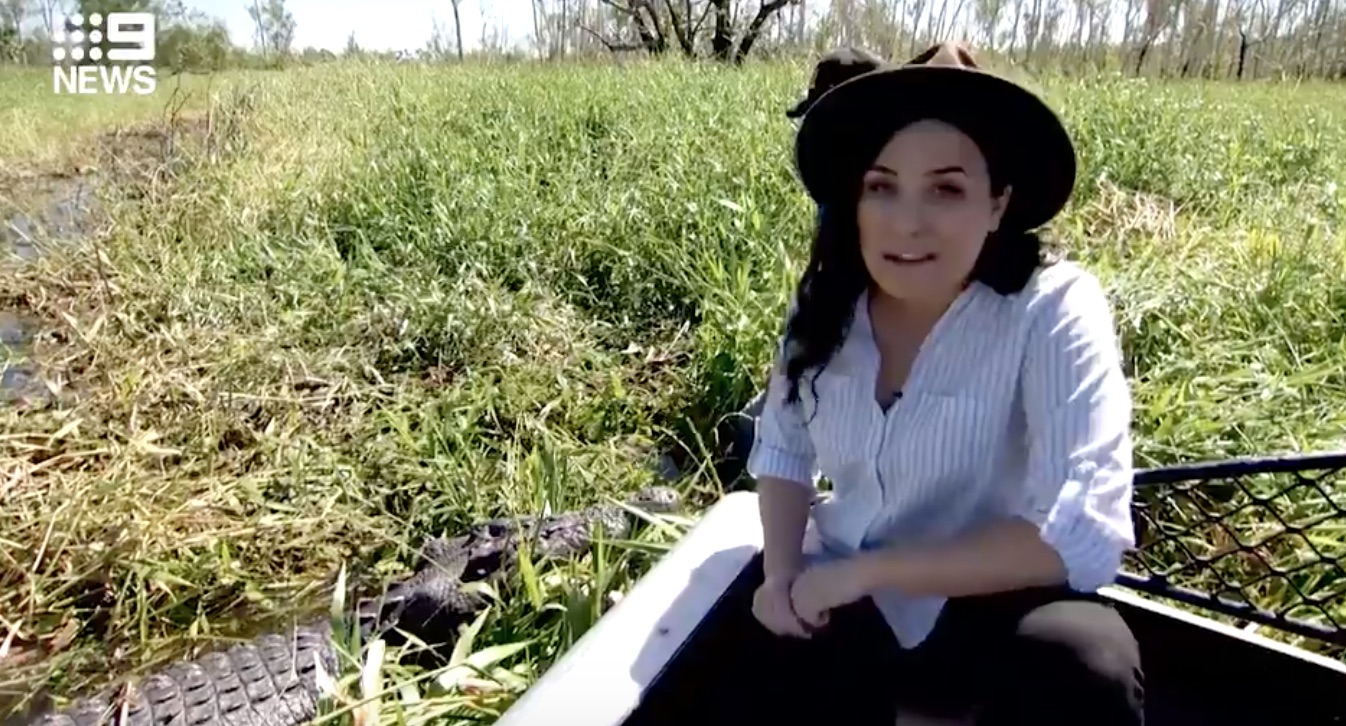