Hero nurse, 38, fighting for her life after treating coronavirus patients ‘without PPE’ – The Sun

NHS hero Becky Usher, 38, is in intensive care where she is in an induced coma and relying on a ventilator to breathe. 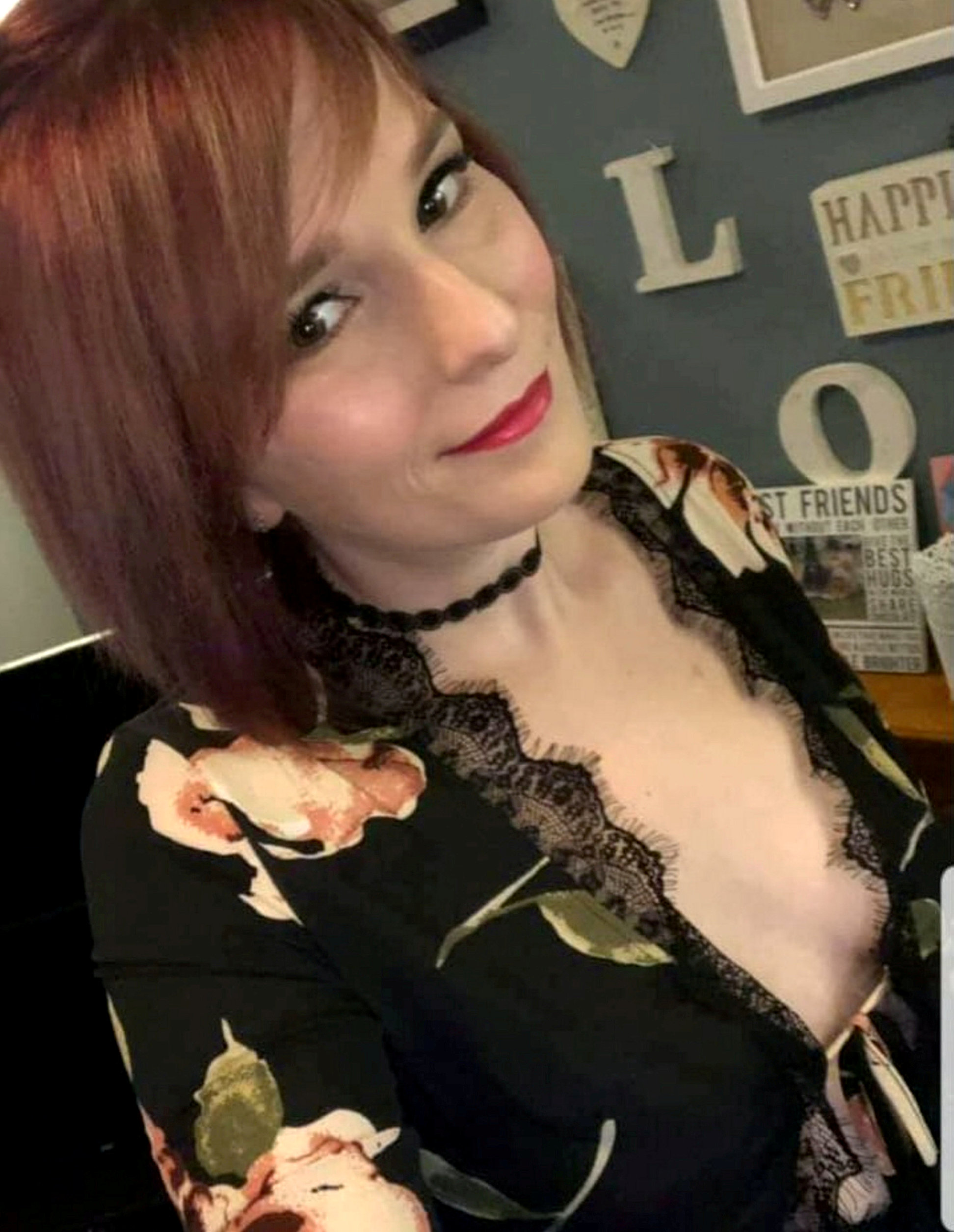 Becky tested positive for the deadly coronavirus after not being provided with personal protective equipment (PPE) while treating a patient at Dewsbury and District Hospital.

Staff reportedly did not know the patient had coronavirus as the nurse treated them unprotected for two days.

She developed a high temperature and a sore throat on Sunday, April 5.

The NHS nurse then suffered breathing difficulties at her home in Heckmondwicke, West Yorks, on Tuesday, April 7.

Her concerned partner Martin Parker called 111 as she began to slur her words, and paramedics rushed her to Pinderfields Hospital in Wakefield.

Becky's family have said they are "heartbroken" as they are unable to join her in hospital – fearing they may never see her again.

She is described as in a critical but stable condition.

Her sister Kelly called her a "fighter" who "risked her health for others" in the battle against coronavirus.

She said Becky did not have PPE at the time – but believes it has now been delivered to all staff.

It comes as health secretary Matt Hancock hailed 19 NHS heroes who have died fighting the pandemic. 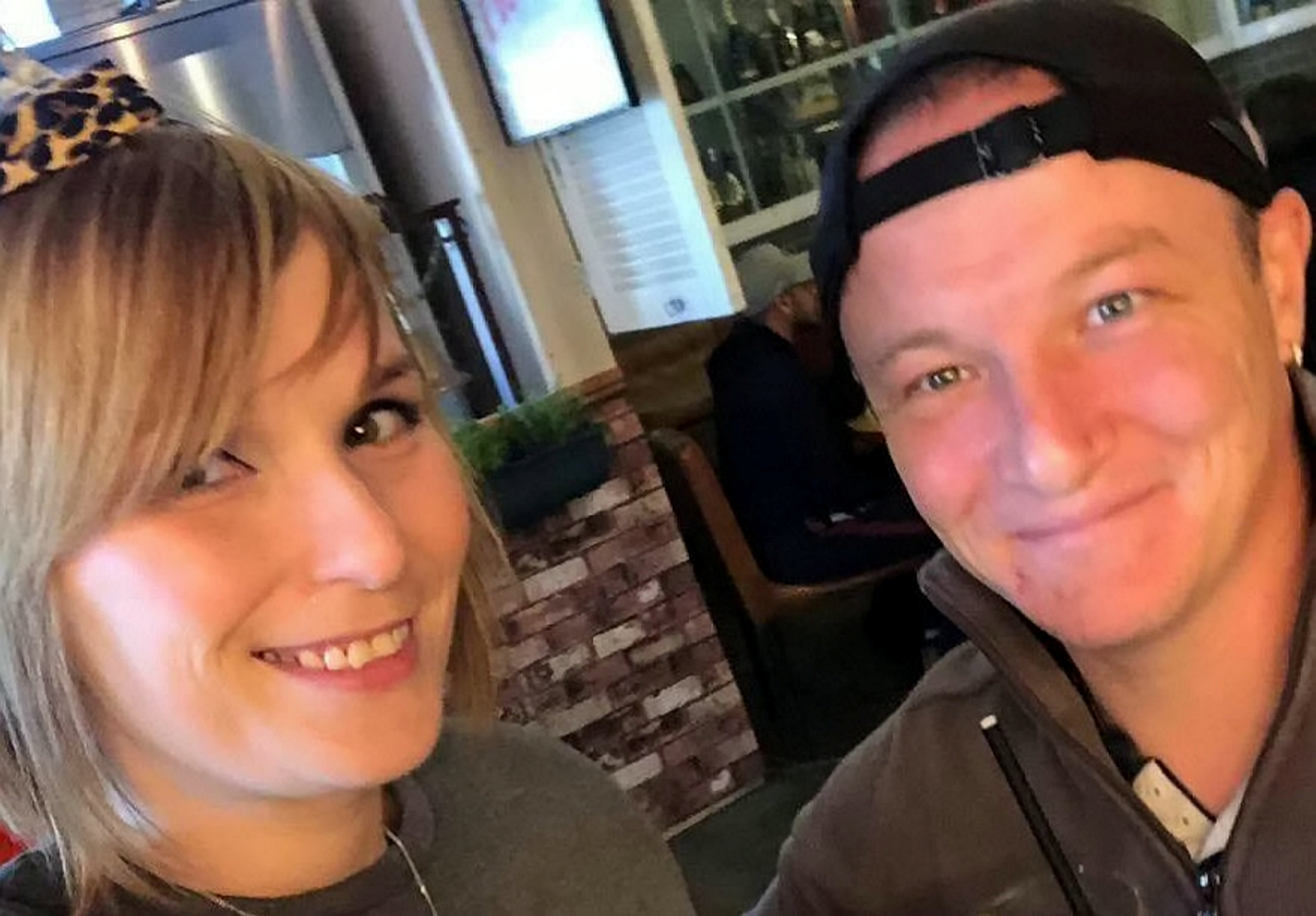 "Becky is bubbly, outgoing and has a heart of gold. She is also very stubborn and a fighter.

"She is extremely popular and has so many friends wishing her well.

"She will be overwhelmed with the positivity and support she's received

"Becky has basically risked her own health for others."

Kelly went on: "I think they don’t have enough PPE. She was told they didn’t need any as there were no patients with coronavirus.

"I believe they do have it now, but obviously a few days too late."

The government has come under fire for not doing enough to provide NHS workers with life-saving PPE. 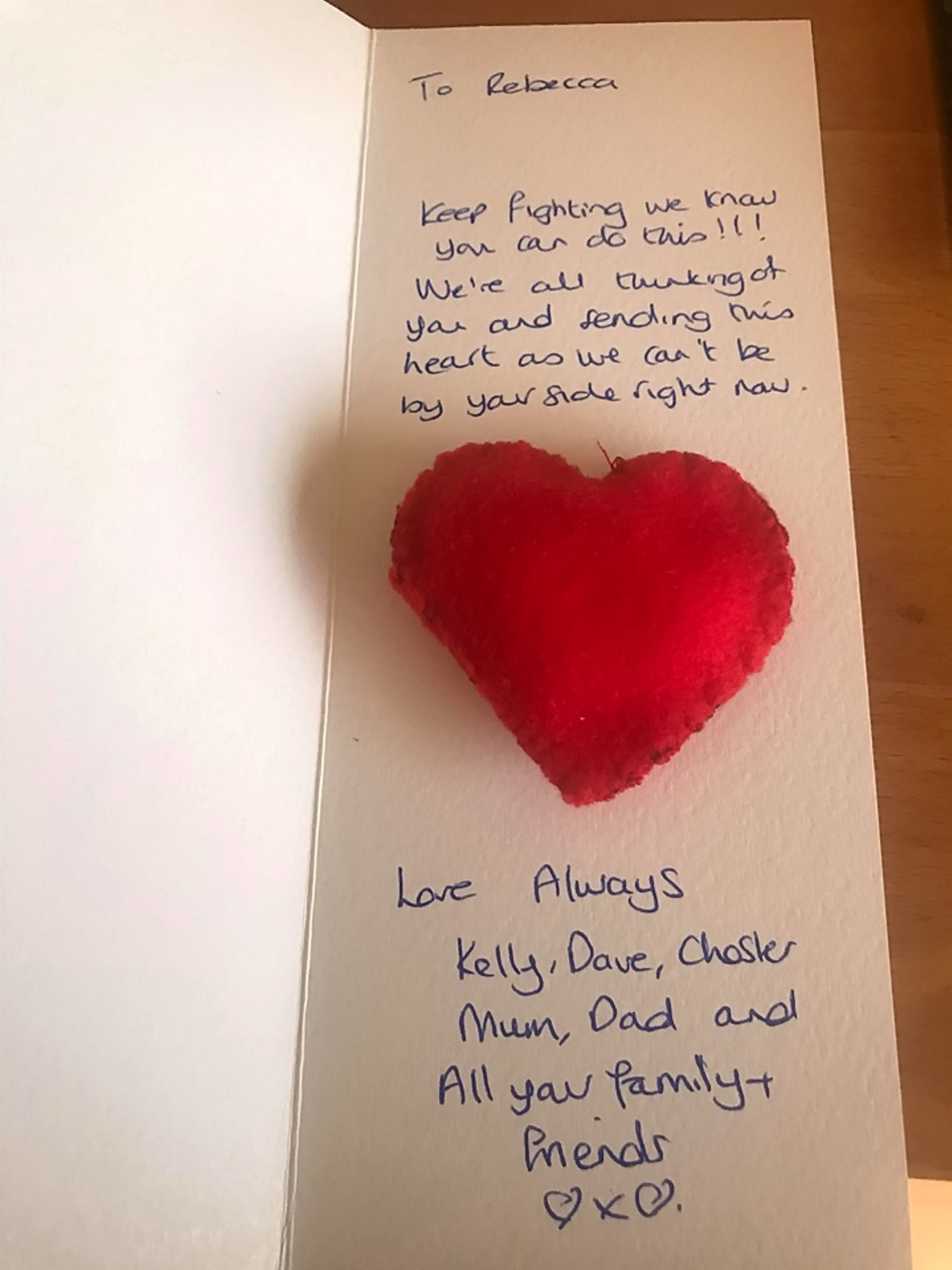 Kelly praised her sister's fellow NHS heroes who have been on the frontline against the virus.

She said: "For the other NHS angels and key workers supporting everyone through this worrying and difficult time, we can't thank you enough for the risk you are taking to save other's lives.

"Just know how much everyone truly appreciates the sacrifice you are making each day.

"The staff in ICU are doing a great job and we are grateful for the support Becky is getting."

Becky has underlying health conditions, including Long QT syndrome, a hereditary heart condition which left her fighting for her life in 2004.

Kelly added: "It just seems such an injustice for her to have fought so hard in 2004 and have a second chance, just to be fighting again now with none of us by her side."

She has posted her sister a handmade card urging her to keep fighting – just like she did 16 years ago.

She said: "We know you can beat this and you have so many people waiting for you to get better and make more memories with."

Becky's partner Mr Parker, 40, said: "She told me off when the paramedics arrived.

"Said she was fine, but I knew she wasn't.

"The paramedic said 'tell him off when you get home, but you're going to hospital'. 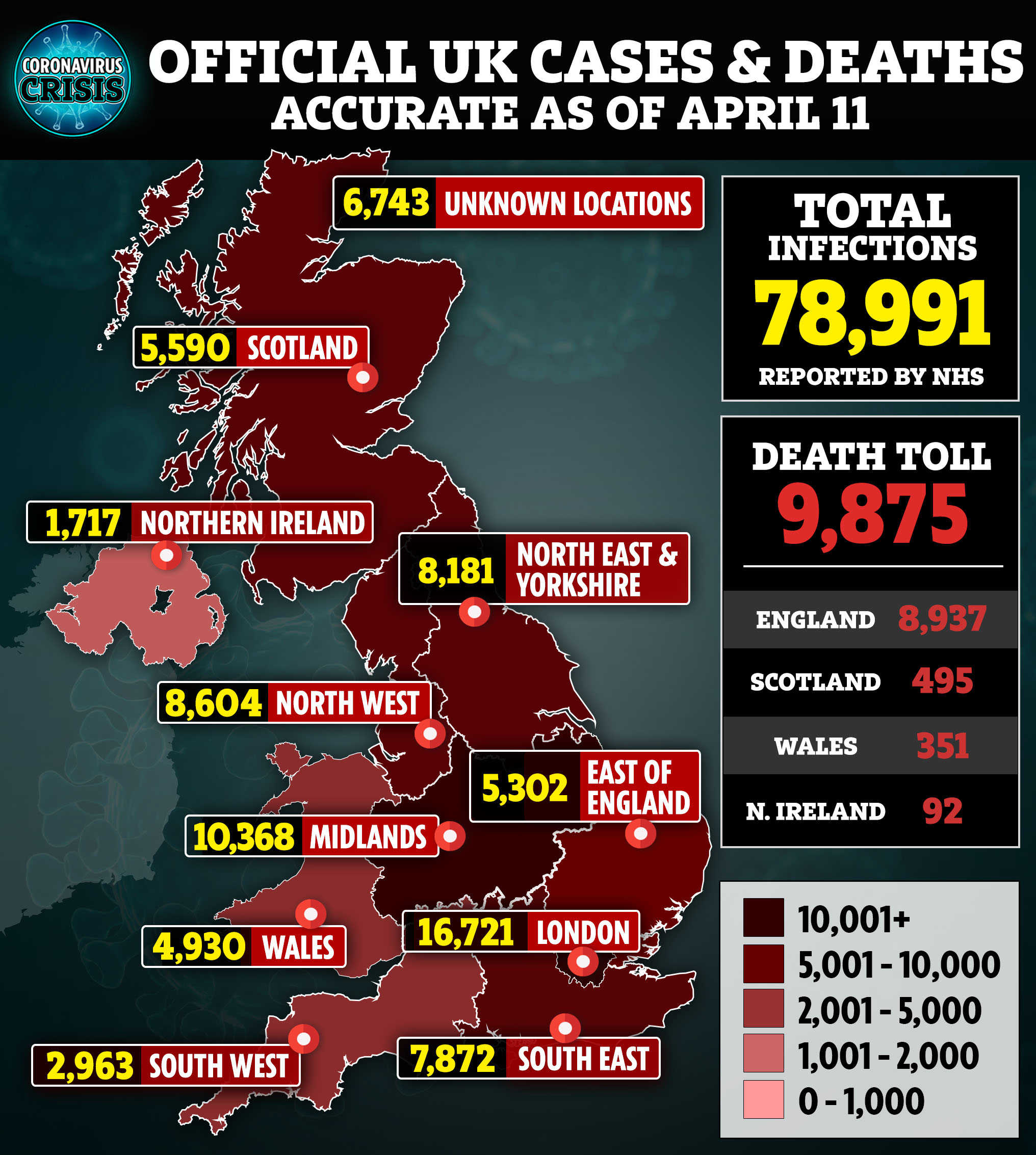 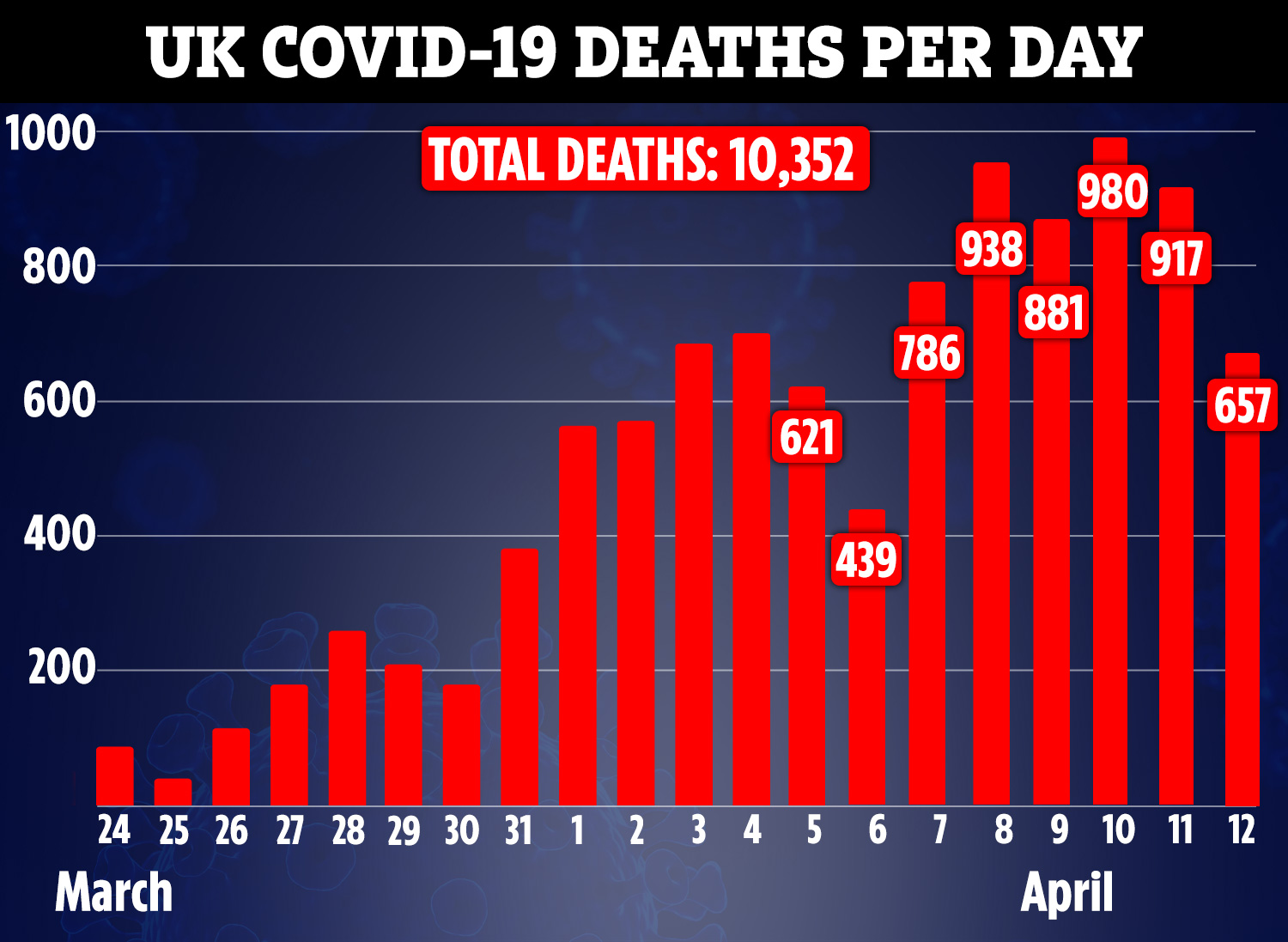 Health secretary Mr Hancock hailed the work of the NHS while speaking on Sky News as the death toll among staff lifted to 19.

The tragic roll-call included matron Sara Trollope, 51, who had worked in the NHS for 33 years and was months from retirement.

She was pictured with Boris Johnson in April last year when the PM visited her hospital in Hillingdon, West London.

Other deaths announced last night included: Gareth Roberts, 63, a nurse for the Cardiff and Vale University Health Board; sister Leilani Dayrit, 47, of St Cross Hospital in Rugby; and Julie Omar, 52, a sister at Redditch’s Alexandra Hospital.

On Friday Amor Gatinao, 50, a nurse at St Charles Hospital in Kensington, West London, was revealed as another victim. 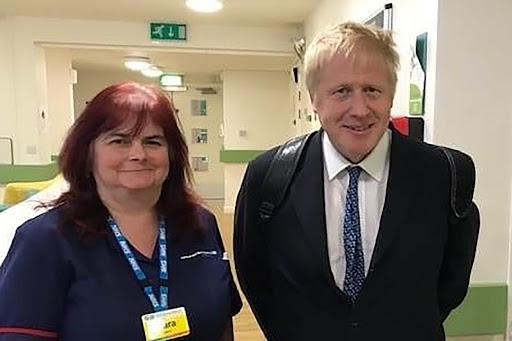 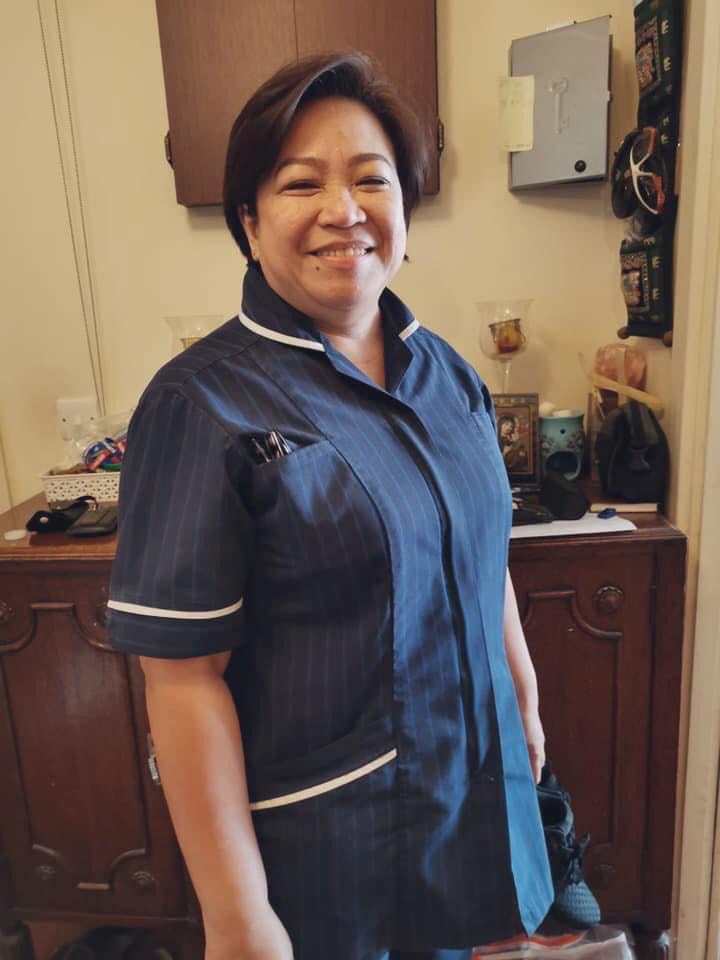 The unnamed staff members – both men – worked at the John Radcliffe Hospital in Oxford and were married to women from the nursing team.

They were described as “popular and hard-working members of our fantastic team”.

Meanwhile, business secretary Alok Sharma said: "It is absolutely right that no medical professional should be placed in a position where they have to make that choice.

"That for me is self-evident. That is why we are making sure we get the equipment to the frontline."

Mr Sharma said on Sky News the demand for PPE was well beyond anything like what it would be outside of a pandemic and that there was a "unified effort" to deliver more supplies.

The Royal College of Nursing has piled more pressure on ministers after it urged members to refuse to treat patients as a "last resort" if adequate PPE was not provided.

Speaking last night, Mr Hancock said: "The fact that such a high proportion are from people that moved to this country to work for the NHS is really heart-rending.

“To see people who have literally given their lives for the NHS who were moved here to give that service and I think we should pay tribute to them.”

Home Secretary Priti Patel yesterday apologised to NHS workers over PPE at the Government’s daily press briefing, saying: “I am sorry if people feel there have been failings.

Britain is believed to be heading towards the peak of the outbreak, suffering its deadliest day on Friday with 980 deaths.

Meanwhile, an 11-year-old child became the UK's youngest victim of the outbreak as a further 917 died yesterday and 657 died today.

And Prime Minister Boris Johnson has been discharged from hospital after being treated in intensive care due to the coronavirus.