A host of ‘hidden’ heroes who risked their lives to protect the nation during the Second World War will be honoured in an exhibition for Jewish war veterans funded by Roman Abramovich.

The legion of officers and their amazing stories will now be unveiled as part of the RAF Museum’s Jewish ‘Hidden Heroes’ project in Hendon, London, following the support of the owner of Chelsea football club.

Among the veterans who will be honoured at the exhibition is the fugitive who became an RAF pilot under the name of his dead friend Peter Stevens and the RAF flier who bombed the Tirpitz Lawrence Goodman.

Stevens, who was registered by British police as an ‘enemy alien’, was just 15 when his mother sent him to England from their home town of Georg Hein, Hanover, Germany, in 1934 in an effort protect her son from the atrocities of the Nazi regime. 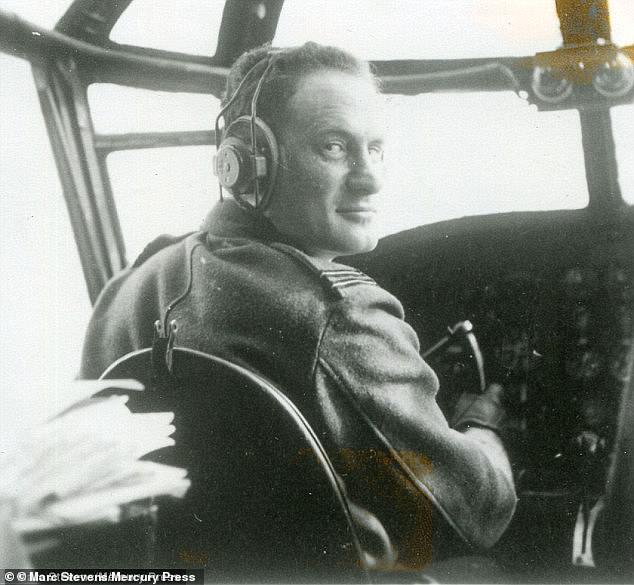 The fugitive Peter Stevens, who was registered by British police as an ‘enemy alien’, stopped using his German name and adopted that of a friend in England who had passed away 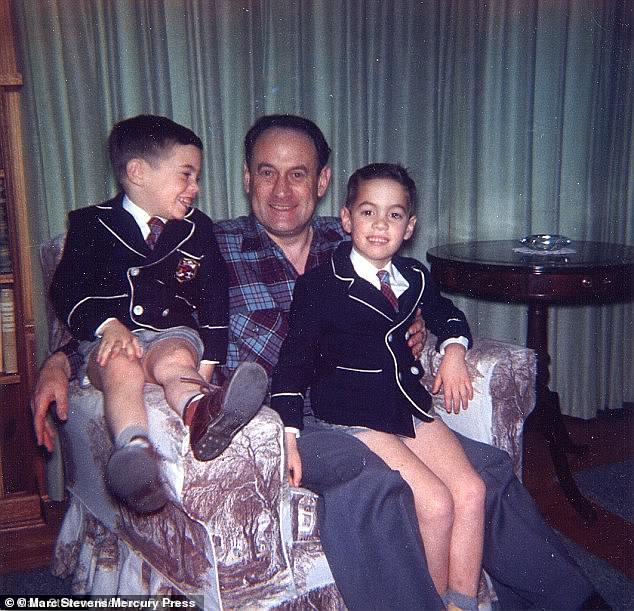 The ‘hidden’ war hero, whose battles with the Nazis inspired the film The Great Escape, soon stopped using his German name and adopted that of a friend in England who had passed away after discovering his birth certificate.

After dropping out of university, Stevens who went on to became a part of the country’s most defining moments in history, enlisted in the RAF and joined 144 Squadron where he trained as a navigator on Hampden bombers.

He began flying as a pilot after completing 45 hours of combat time as the Home Office continued to search for him.

The project’s historian Joshua Levine told The Times: ‘Meanwhile, the Home Office was searching for him. And on the night of 7th of September, 1941, just as the police were close to catching him, his aircraft was shot up over Berlin. He crash-landed on the outskirts of Amsterdam.’

Following the attack, Stevens and his navigator were captured by German military police and sent to prisoner of war camps without any protection under the Geneva Convention.

Making escape his priority, in October 1942, Stevens and a Canadian pilot plotted their escape by jumping from a moving train through a ventilator shaft as they were being transferred with hundreds of other British prisoners of war.

Now in Germany, Stevens made his way to Hanover in search of his mother but upon arriving to his birthplace was told that she had taken her life in July 1939 rather than submit to the Nazis. 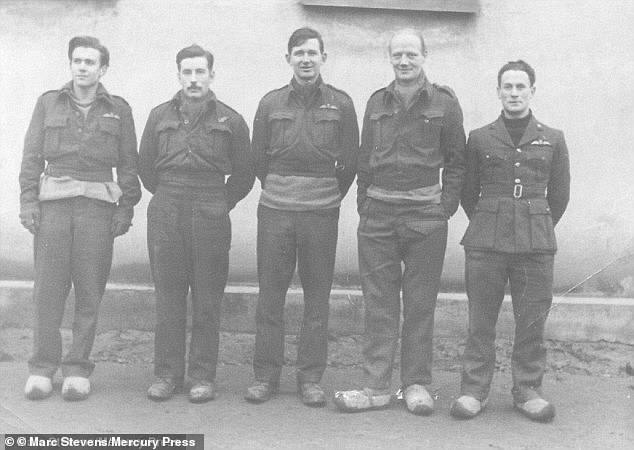 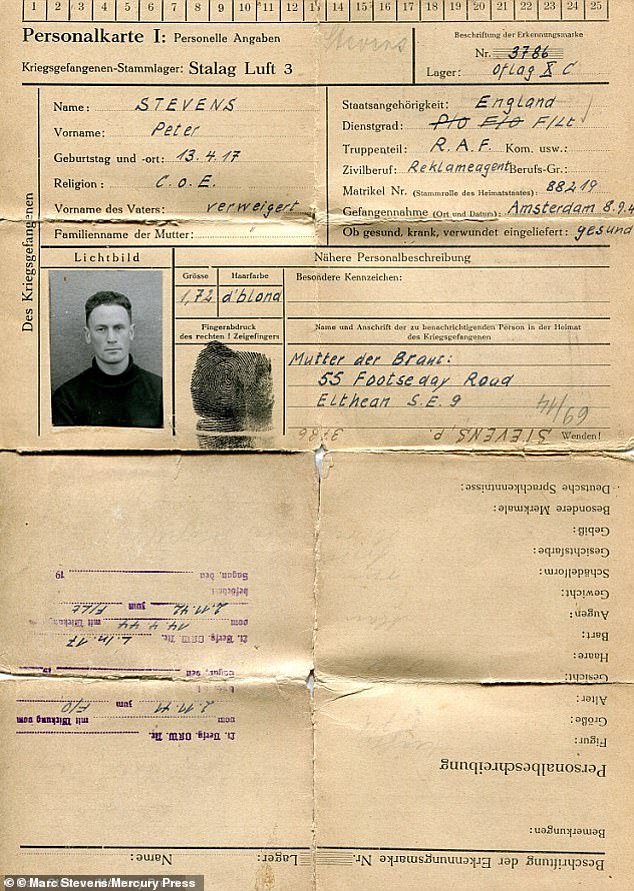 Stevens found himself in a prisoner of war camp after being captured following an attack on Berlin on September 7, 1941 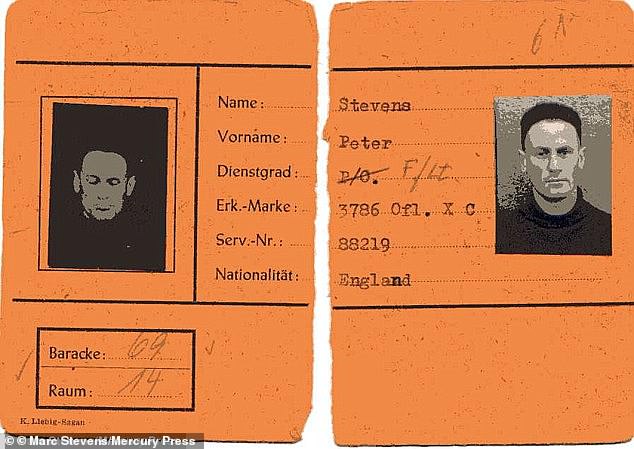 The veteran was able to keep his identity a secret from his German captors. Pictured: The war hero’s ID card for Stalag Luft 3, at Sagan, south-east Germany

The devastated pilot then made his way south toward Switzerland where he was captured by German police and sent back to a prisoner of war camp after admitting to being an escaped British officer.

It was here that the pilot, whose place of birth was never disclosed to his captors, became an active participant in most escape schemes and gave his services to prisoners who needed advice about producing false documents.

On two separate occasions in December 1941, Stevens got dressed up as a German guard, and escorted a group of ten British prisoners out the camp gate. 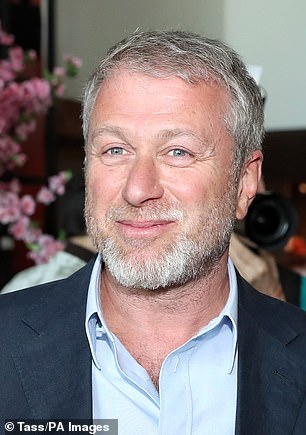 As the war effort drew to a close, the RAF pilot, who later served at MI6, was welcomed back home by the British authorities and awarded with the prestigious Military Cross.

He emigrated to Canada in the 1950s and remained there until his death 40 years ago.

In 2016, the war hero’s son Marc Stevens described his shock upon hearing that his ‘British’ father was a German Jew.

Mr Stevens from Toronto, Canada, said: ‘Dad spoke with a highly-cultured British accent, and passed himself off as an Englishman.

‘The fact that he had served as an RAF bomber pilot only helped to reinforce that cover story.

‘What I didn’t know, and only discovered in 1996, was that my father had been born Jewish.’

The celebrated  war hero will now join a legion of war pilots and engineers who fought for Britain during the Second World War in an exhibition honouring their efforts at the RAF Museum in Hendon.

Also to be honoured at the event will be the last surviving 617 ‘Dambuster’ Squadron Lawrence ‘Benny’ Goodman who joined the RAF in 1940 and served as a pilot with the 617 Squadron in 1944. 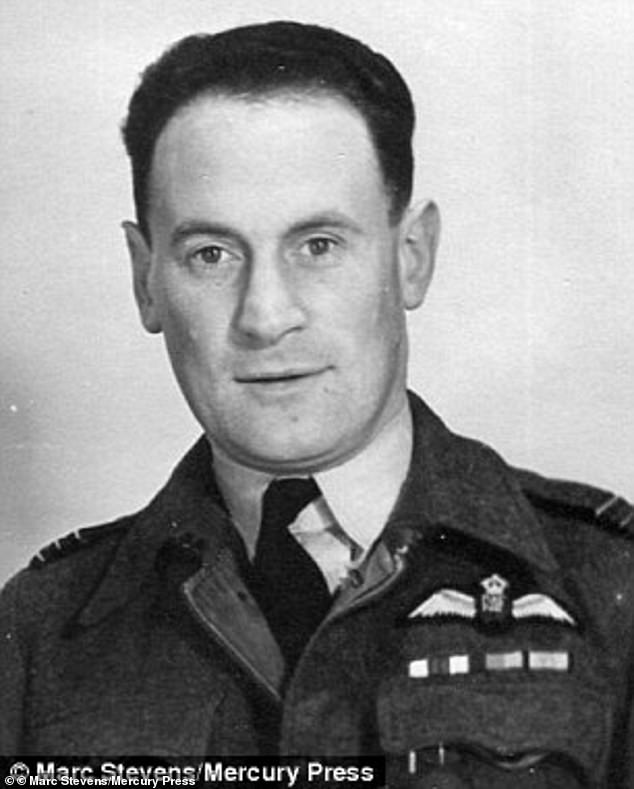 The RAF pilot, who later served at MI6, was welcomed back home by the British authorities at the end of the Second World War 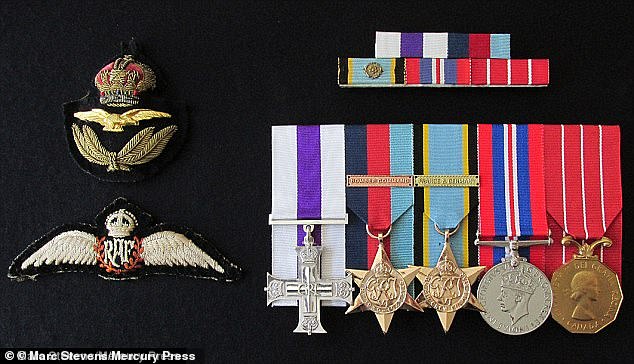 Stevens, who later emigrated to Canada, was awarded with the prestigious Military Cross upon his arrival back to the UK. Pictured: His collection of medals

Born in 1920, Goodman, took part in 30 operations with the squadron including two to sink the German battleship the Tirpitz.

Goodman left the RAF in 1964 as a squadron leader.

More than 20,000 Jewish men and women fought for the RAF, which played a crucial role in the defeat of the Luftwaffe in the famous ‘Battle of Britain’, during the Second World War, according to the museum,

The Chelsea FC owner announced he would be supporting the RAF Museum’s Jewish ‘Hidden Heroes’ project at the end of last year. 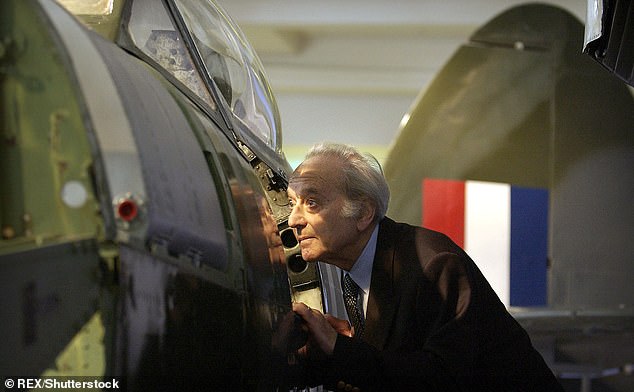 She said: ‘We are tremendously grateful to Roman Abramovich and Chelsea FC for supporting the RAF Museum’s Jewish ‘Hidden Heroes’ project.’

‘The Battle of Britain was the RAF’s defining moment, when they stood firm against Hitler and fascism. With many Jewish RAF personnel playing crucial roles, the 80th Anniversary of the Battle of Britain in 2020 provides the perfect opportunity to remember these incredible people.’

‘By highlighting their stories, we want to play our part in calling out the rise in anti-Semitism – and wider racism – in our society.’