Seventy-five years ago, a sea of people gathered in Trafalgar Square under a banner on Nelson’s Column which declared ‘Victory Over Germany 1945’. The crowds thronged up The Mall to Buckingham Palace where King George VI and his family, including the young Princess Elizabeth, appeared on a balcony.

Alongside them was Prime Minister Winston Churchill, making his famous ‘V for victory’ sign to the cheering masses. Now these historic moments, first captured in black and white, have been brought to life to mark the 75th anniversary of VE Day by being colourised as part of a special commemoration package being put together by the Royal Mail. 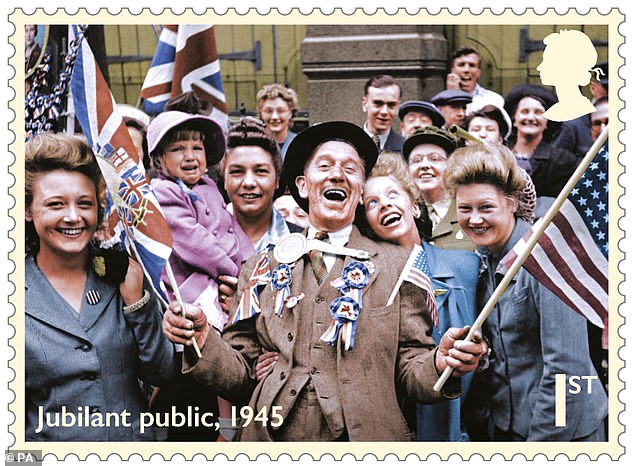 Ecstatic crowds celebrating VE Day in London’s Piccadilly. From Royal Mail this is one of eight stamps to mark the 75th anniversary of the end of the Second World War

One of the digital artists on the project – who worked on the Trafalgar Square photograph in the pack – was Stuart Humphryes, better known for breathing fresh life into old Doctor Who episodes for the BBC.

‘It represents such an emotive time in recent history, of national celebration, and I love being able to bring an immediacy to the past and help people connect to it by adding colour,’ he said.

‘We tend to think of the past as being dull and lacking vibrancy because we always see it in black and white, and it wasn’t like that at all of course.’ 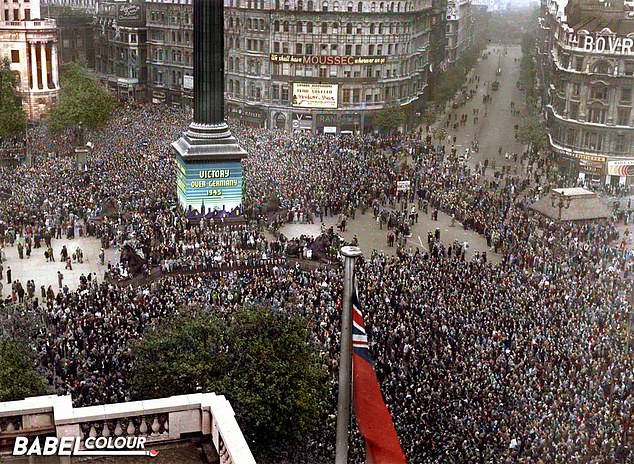 Stuart Humphryes: I’ve seen the first images of the new Royal Mail coin presentation packs to be released 8th May, for which I provided a colourisation of the VE Day celebrations 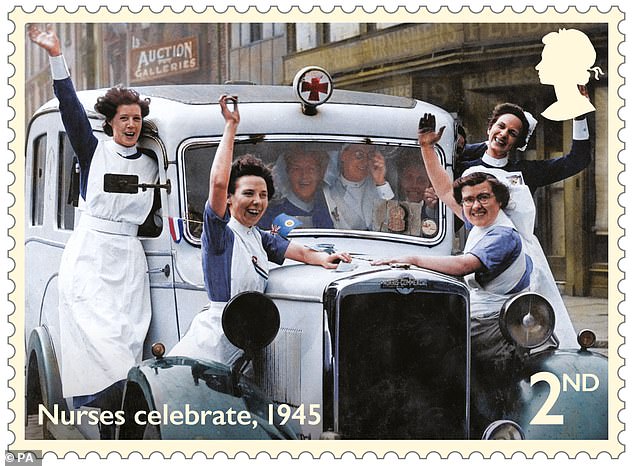 One of the most challenging parts of the process involves meticulous research to find out what colour objects were in order to ensure historical accuracy. For example, he unearthed the colours used in the ‘victory’ sign on Nelson’s Column in archival film footage.

Mr Humphryes, 50, then painstakingly filled in each individual colour by hand. Working under the name of BabelColour, he first started colourising historical photographs as a hobby before moving on to work on DVDs for BBC Worldwide, introducing a whole new generation of fans to the Time Lords who graced black and white TV screens in the 1960s.

The eight End Of The War stamps, worked on by a range of artists, are available in a presentation pack for £14.60 from Friday.