Homophobic hate crime reports have almost trebled in five years in Britain – with a 20 per cent rise in just the last year, figures revealed today.

The data came in responses to freedom of information requests sent to all 45 police forces, who said the rise could be down to more confidence in reporting the crimes.

But LGBT charities warned of a rise in the crimes themselves and said it could be the ‘tip of the iceberg’ because 80 per cent of LGBT people do not report them. 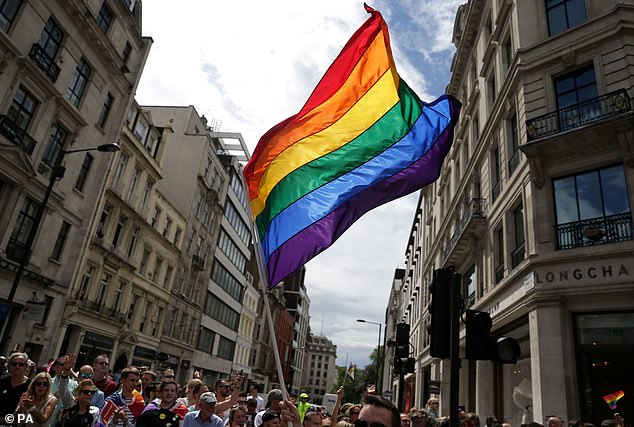 A rainbow flag is waved during the Pride in London parade in June 2016.  Homophobic hate crime reports have almost trebled in five years – with a 20 per cent rise in just the last year

What are the figures on hate crimes based on sexual orientation?

Stonewall chief executive Nancy Kelley told BBC News: ‘We are definitely seeing a real increase in people reaching out for help across all of the LGBT organisations.

‘So we are very concerned that this is a real rise in people who are being attacked because of who they are and who they love.

‘We know that 80 per cent of LGBT people don’t report hate crimes. So this is really just the tip of the iceberg.’

Last month Government law advisers said tough new hate crime laws should introduce jail sentences of up to seven years for anyone convicted for stirring up hatred against transgender people.

The Law Commission has called for sweeping reforms of the jumble of hate crime laws passed by politicians over the past 35 years, which would mean harsher penalties for those who call down hatred on a string of minority groups and sexual or social categories.

New laws should make it a crime to target or raise hostility against women on the grounds of their sex, the Law Commission said.

It called for the law to criminalise homophobic chants or racist gestures at football matches, and for an extension of victim groups to include the homeless, prostitutes and even ‘alternative subcultures’ such as goths. 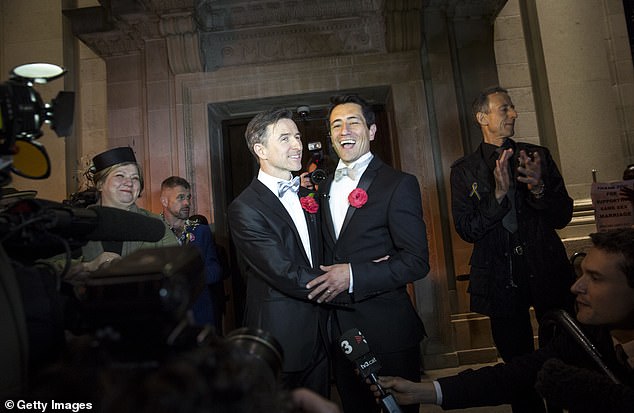 But the Law Commission sidelined plans to include older people among those with ‘protected characteristics’ that make them potential hate crime victims.

The Commission’s paper said hate crime laws are based on multiple and overlapping pieces of legislation dating back to 1986.

While some laws mean people who commit crimes can be given harsher punishments if they are motivated by hostility on grounds of a protected characteristic, stirring up hatred is an offence in itself and can bring a maximum penalty of a seven year prison sentence.

The Law Commission’s consultation lasts until Christmas and may form the basis of new legislation next year.