London: The BBC has upgraded security practices after staff received death threats and a presenter was harangued by conspiracy theorists. 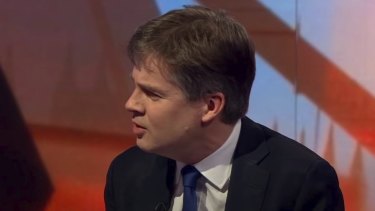 Since then, other journalists and staff at the broadcaster have been receiving death threats from people who believe that the pandemic is made up and that vaccinations are a means of government control.

The rise in threatening behaviour has prompted the BBC to offer training on how to deal with “an in-person attack” and set up a working group for anyone affected by the abuse.

Many of the threats have been via Telegram, an unregulated social media platform.

In messages seen by The Observer, comments from known conspiracy theorists expressed wishes to see BBC journalists dead and exchanged their contact information.

One, writing about the incident with Watt, said “I hope he gets killed”, and another responded “if the police weren’t there, he could and should have been lynched”.

Fran Unsworth, BBC director of news and current affairs, sent a message to staff on Friday that acknowledged the “abuse of journalists”.

Watt is a white man, but her note focused on women and ethnic minority reporters.

It read: “We know these attacks are more often aimed at women and journalists of colour, so we want to make sure we have particular support for those groups and are looking at what this could be.”