The manager and the head of infection control at a Melbourne quarantine hotel were both fired last month after reports were lodged about 51 incidents on their watch in the first four weeks of its operation.

The infection control incident reports included at least 15 complaints of behaviour that could have led to another coronavirus outbreak in Victoria. 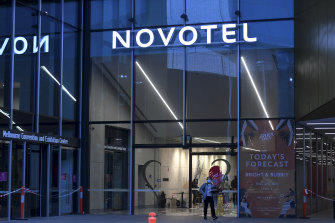 The Novotel Melbourne Central was newly recruited as a quarantine hotel from April.Credit:Penny Stephens

The manager, a public servant with 13 years’ experience in Victoria, and the other employee were relieved of their duties at the Novotel Melbourne Central following frequent visits by Chief Health Officer Brett Sutton and COVID Quarantine Victoria Commissioner Emma Cassar to try and rectify the problems.

The majority of the incident reports related to the hotel lifts and stairwells, where “red zones” and “green zones” intertwined, putting employees in danger of contracting COVID-19.

Two CQV employees, who were not authorised to speak to the media, said the hotel was suffering from severe staffing shortages in its early days and was “chasing its tail”.

“The hotel was underprepared when it opened and barely had enough staff to man all the floors,” one said. 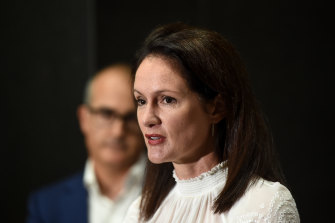 The Novotel, a hotel recruited into the quarantine program as it rebooted from April 8, is hosting returned travellers. A CQV spokesman said “an enormous amount of work” had been done to improve the hotel since it opened.

There are 20 active cases of COVID-19 across Victoria’s quarantine hotels.

The revelations come the day after Mathiu Bush, the general manager of infection prevention and control in Victoria’s quarantine hotels, was stood down. Mr Bush was reported to authorities for refusing a coronavirus test and not replacing a face mask.

The transgressions, which acting Police Minister Danny Pearson said illustrated a “poor attitude”, were contained in confidential daily incident reports published in The Australian on Wednesday. 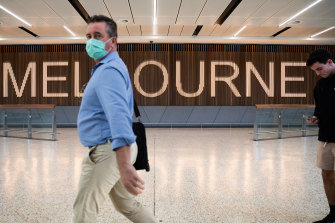 Ms Cassar said incident reports were part of an “if you see it, report it” culture and were often minor transgressions.

“It is really important to ensure that we maintain this culture of active reporting,” she said.

A CQV spokesman said the hotel quarantine program has “embedded continuous improvement processes at all locations, with new sites requiring refinement in the first few weeks of operation”.

“All staff are trained and encouraged to report any … breaches, regardless of the risk, so they can be immediately investigated and acted on.”

A spokeswoman for the federal Department of Health said the Australian Health Protection Principal Committee met every week to consider the lessons learnt from managing quarantine, including the findings of audits, evaluations and reviews.

When asked if the Victorian government should be more transparent about its failures in hotel quarantine, the spokeswoman said: “States and territories are responsible for managing public communications within their respective jurisdictions.”

Separately, the Grand Chancellor hotel in Melbourne CBD was recruited by CQV to host guests in January but was released from its contract in April because its ventilation was deemed unacceptable. The hotel received several million dollars without hosting a single returned traveller.

The state opposition has targeted Victoria’s hotel quarantine for its overspending and issues with infection control and Liberal leader Michael O’Brien said the Andrews government had “learnt nothing” since last year’s second wave.

The leaked incident reports suggested the cause of a hotel quarantine leak at the Holiday Inn hotel in February was not the use of a nebuliser by a guest who was suffering asthma, as the Victorian government claimed at the time.

Instead, it said the outbreak was triggered when a health worker swabbed a woman in an open doorway inside the hotel, causing the virus to be blown down the corridor before pooling outside the man with the nebuliser’s room.

The Australian Medical Association’s Julian Rait said that nebuliser incident highlighted the need for purpose-built facilities outside of the CBD, and urged more transparency.

“If a prolonged COVID-19 test in an open doorway initiated the outbreak, then it points again to the need for air separated quarantine facilities in places other than CBD hotels,” Associate Professor Rait said.

“There is a need for greater transparent around these incidents, and indeed about mistakes made, because an effective hotel quarantine system, along with a successful vaccine rollout, is what stands between us and a third wave.”

NSW Premier Gladys Berejiklian is bracing for more community cases of COVID-19 after a man tested positive having visited a number of venues in Sydney’s east while potentially highly infectious.

Sydney remained a green zone under Victoria’s travel permit system on Wednesday night but authorities are scrambling to contact people who had arrived in the state since last Friday.

Our Morning Edition newsletter is a curated guide to the most important and interesting stories, analysis and insights. Get it delivered to your inbox.