Gov. Abbott: White House has ‘nobody in charge’ of southern border

About 450 unaccompanied migrant girls, ages 13 to 17, were abruptly moved out of a U.S. housing facility in Houston on Saturday — less than three weeks after it opened.

Authorities have been mostly tight-lipped about the closure, reports say — but an advocate for immigrants claims it was because of some type of incident there Friday night.

Ambulances and law enforcement vehicles were seen Friday night outside the facility, which is located near Bush Intercontinental Airport, the advocate told The Associated Press, citing information he said he received from an employee of the group he leads.

Then Saturday morning, buses arrived to transport the girls, other reports said.

“There seemed to be a lot of confusion as to what was happening,” Cesar Espinosa, director of advicacy group FIEL Houston, told the AP, relaying the information from the employee about Friday night. “The people that were there looked like they were in a sad stance, kind of with their head down and seemed like they were wiping tears away.”

“There seemed to be a lot of confusion as to what was happening.”

The Houston Chronicle reported Saturday that the closure followed its reporting about crowding at the facility — and that an adult staffer from the U.S. Department of Health and Human Services (HHS) had died there Friday night in an incident that was unrelated to the transfer of the girls.

The girls at the Houston facility had been there since April 1. The site was called an Emergency Intake Site for Unaccompanied Children and was being operated by the National Association of Christian Churches (NACC), according to the AP.

Espinosa told the AP he toured the facility and found the girls to be living in crowded conditions despite the coronavirus pandemic.

“There was really no space for social distancing. … They were only allowed to get up from their cot to use the restroom as well as to shower,” he said. “Everything that was being brought in was temporary. The showers were temporary, they were bringing in temporary restrooms, so this space was not equipped to house anybody, much less children.”

“There was really no space for social distancing. … They were only allowed to get up from their cot to use the restroom as well as to shower.”

But Pastor Jose Ortega, president of the NACC, disputed Espinosa’s claims, asserting the girls were being removed because of disagreements over contractors and that the youths were well cared for.

The pastor told Houston’s KPRC-TV he didn’t know about the closure plans until Saturday morning.

“We actually found out when we started seeing these buses arriving this morning,” Ortega said, according to KPRC.

News of the shuttering of the Houston facility was announced Saturday by HHS, the AP reported. 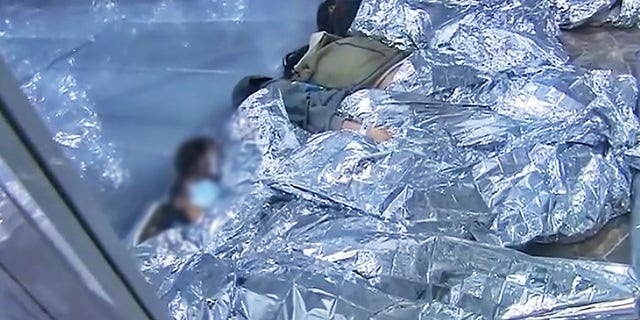 Migrants are seen huddled in a facility in Donna, Texas.

Houston Mayor Sylvester Turner, a Democrat, said the Biden administration told him Saturday that the facility was being closed because it was no longer needed, KHOU reported.

The HHS disclosure came less than two weeks after Texas Republican Gov. Greg Abbott called on the Biden administration to shutter a San Antonio facility over allegations that children there were being sexually abused and were not eating enough. The San Antonio facility holds more than 1,600 immigrant youths, according to the AP.

“The Biden administration is now presiding over the abuse of children,” Abbott told reporters earlier this month as he notified Texas state officials about the allegations at federally sanctioned sites.

“The Biden administration is now presiding over the abuse of children.” 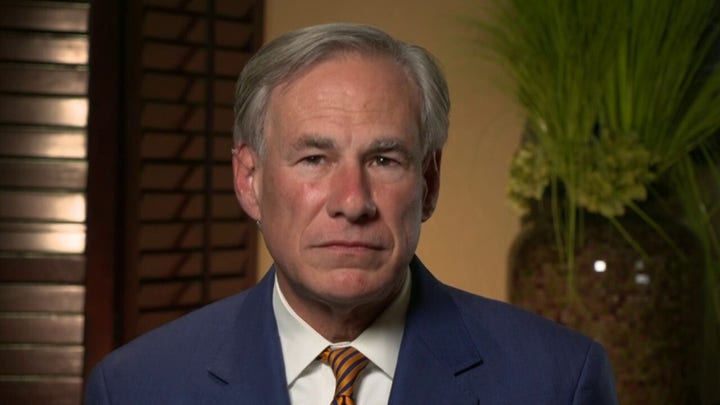 However, there was no suggestion in Saturday reports that any sexual abuse had occurred in Houston.

In March, the U.S. government stopped accepting migrant teens at a facility in Midland, Texas, over questions about safety there and at other sites, the AP reported.

In a statement, HHS said the site was intended as temporary accommodations for the girls.

HHS said about 130 of the girls would be placed with sponsors, such as parents or relatives, and HHS’s Office of Refugee Resettlement (ORR) would find sponsors for the rest of the girls. 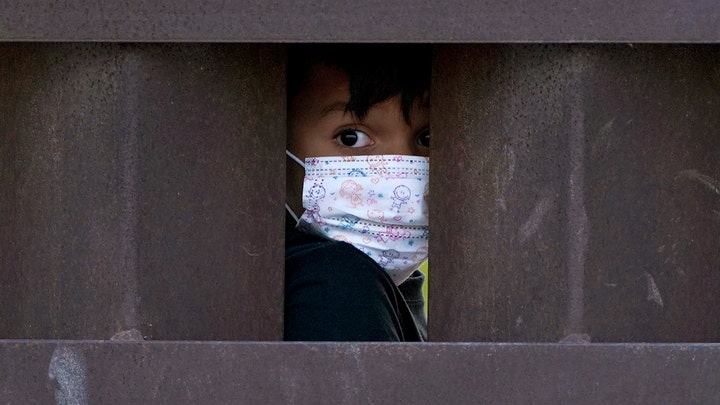 Attempts by the AP to reach Houston police and the National Association of Churches regarding the Houston closure were not immediately successful.

HHS has rushed to find accommodations for migrant children in the U.S.-Mexico border region amid the migrant surge that came with the start of the Biden administration.

Neither President Biden – nor Vice President Kamala Harris, assigned last month to manage the Biden administration’s response to the migrant crisis – have toured the border region since taking office in January.

Harris’ recently travels have included stops at a catering business in Oakland, California; a bakery in Chicago, and a Boys & Girls Club in Connecticut.

The Associated Press contributed to this story.