THE Kent State shootings saw four unarmed college students killed during a protest over the Vietnam War and became a defining moment in US history.

Today marks 50 years since the Ohio National Guard opened fire on the Kent State University students on May 4, 1970, but a planned multi-day commemoration has been canceled amid the coronavirus pandemic. 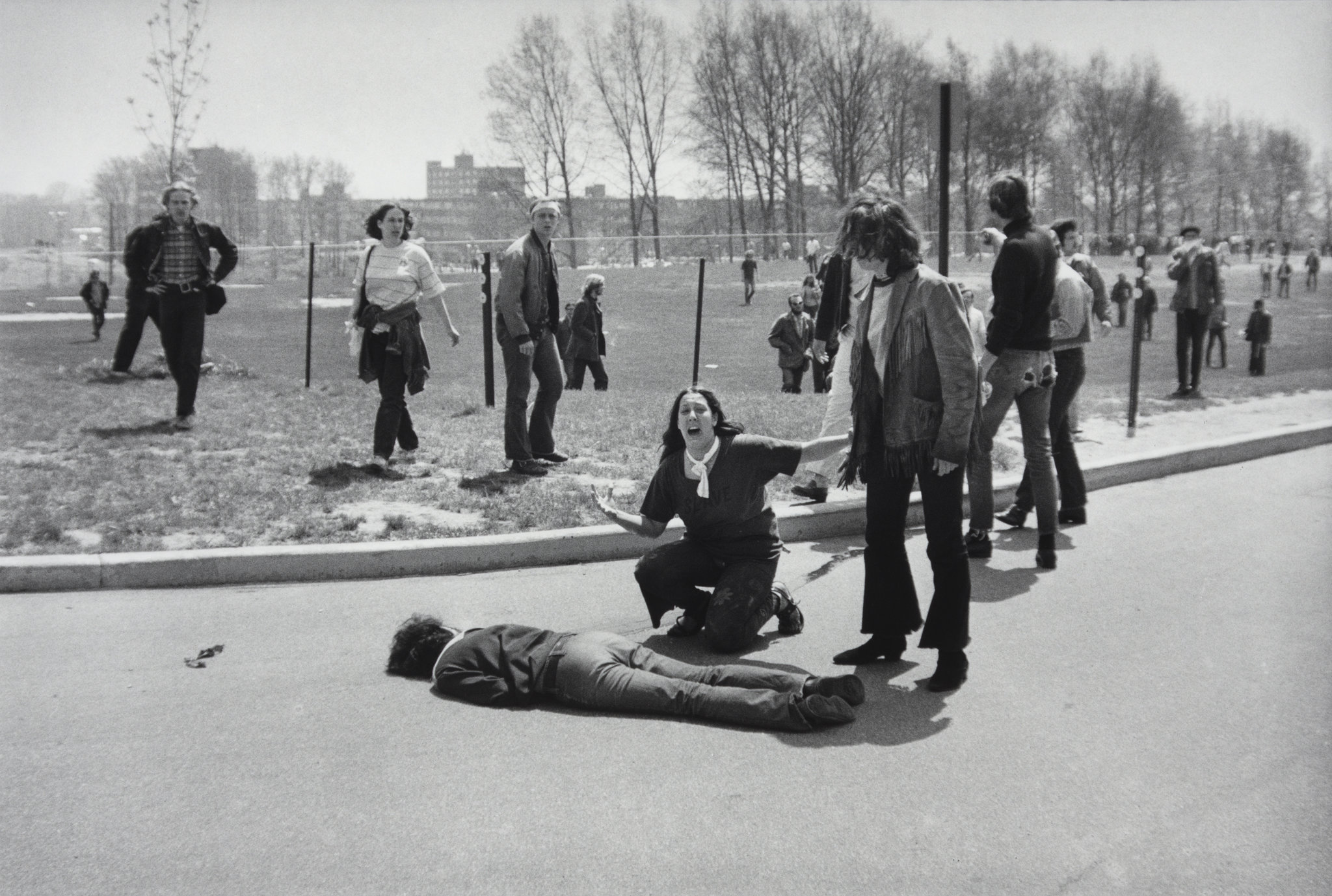 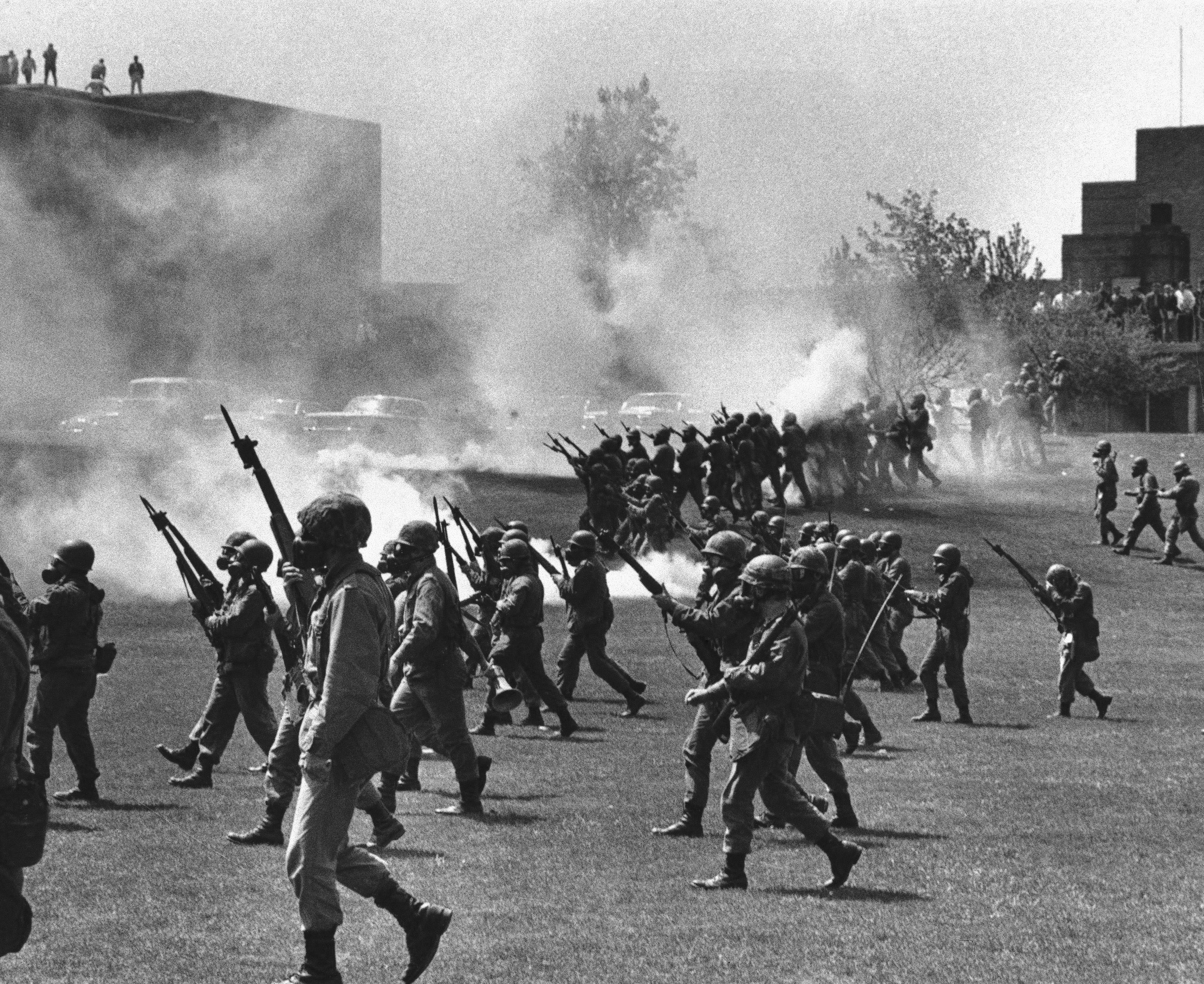 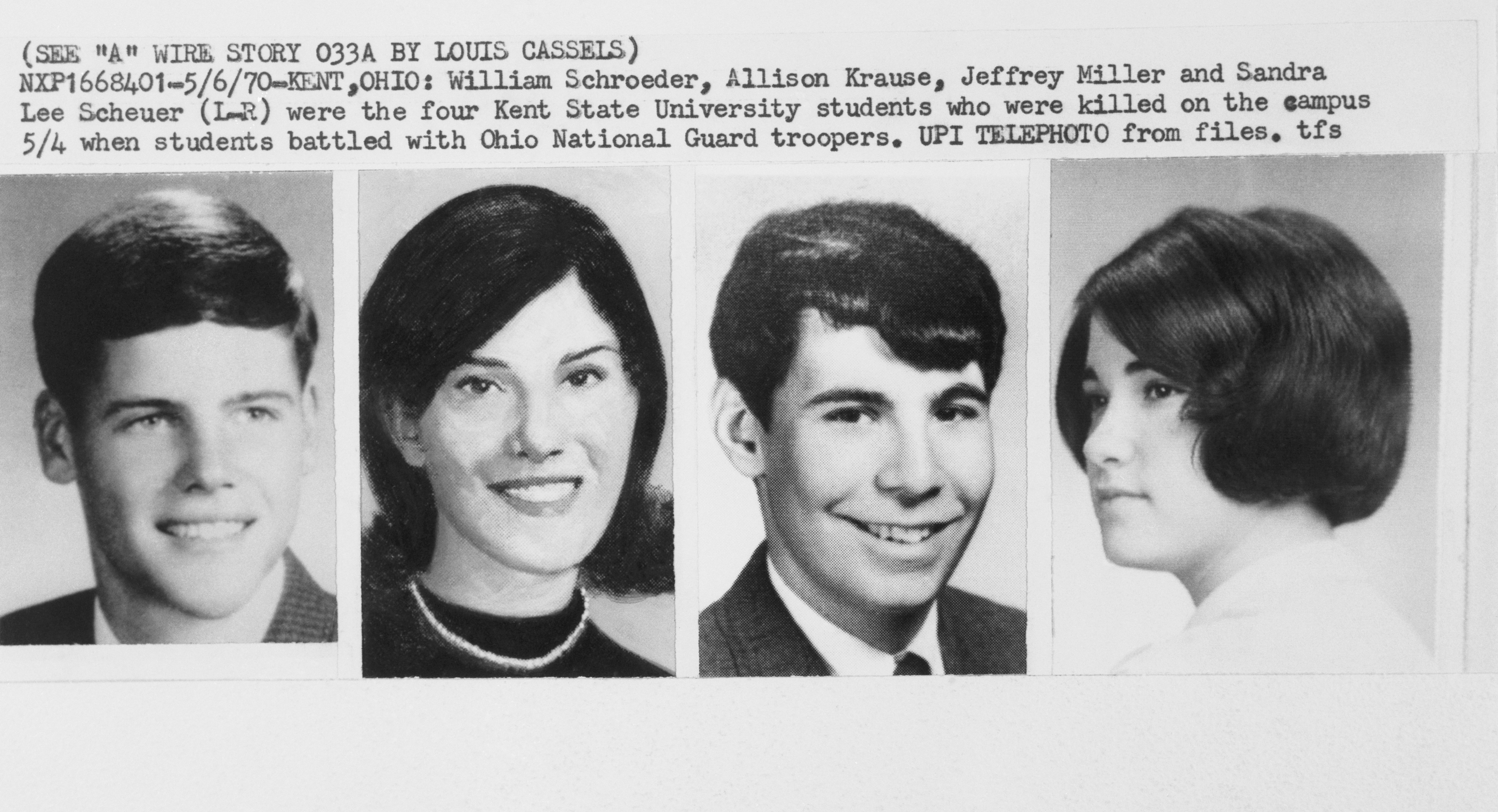 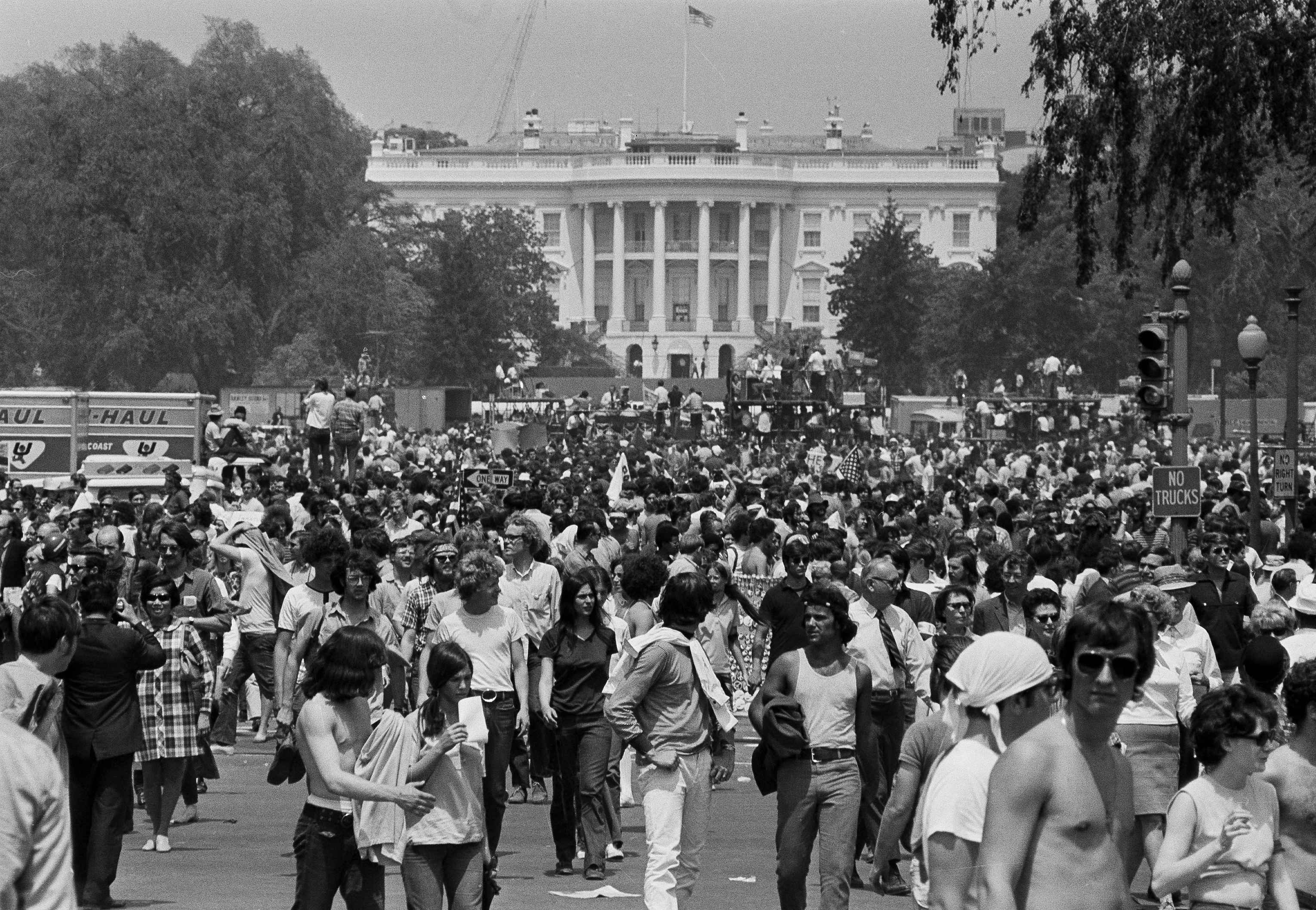 The demonstration opposed the U.S. bombing of neutral Cambodia during the Vietnam War, in which more than 58,000 Americans died.

It was a time when the nation was sharply divided and sparked a strike of 4 million students across the country, temporarily closing some 900 colleges and universities.

The events also played a pivotal role, historians argue, in turning public opinion against the conflicts in Southeast Asia.

But in a tragic turn of events, it saw four students killed, and nine others injured in what if often now referred to as the May 4 massacre.

At the time, Portage County Coroner Dr. Robert Sybert said all four had been shot from the side, “left to right.”

All died of a single bullet wound, he said.

Miss Krause was hit in the left shoulder, Miss Scheurer in the neck, Schroeder in the left underside of the chest and Miller in the head.

One of them, Dean Kahler, of East Canton, Ohio, was paralyzed from the waist down and eight others, including two guardsmen, were hospitalized.

One of the two guardsmen was treated for shock and the other collapsed from exhaustion.

Not all of those hurt or killed were involved in the demonstration.

In the hours immediately after the shootings, reporters at the chaotic scene struggled to determine who had fired the shots and why.

Among the theories was that Guard members shot after spotting a sniper, a theory later proved untrue.

Sgt. Michael Delaney of the guard public relations staff said after the shootings that: “At the approximate time of the firing on the campus, the Ohio Highway Patrol—via a helicopter—spotted a sniper on a nearby building.”

Guard officials claimed that the Guardsmen were returning the fire of a small caliber weapon in defense of their lives.

But an official of the Ohio Highway Patrol disputed reports from the Ohio National Guard that a sniper was spotted by police helicopter.

Patrol official, Maj. D. E. Manly, said: “There is nothing on the log on the sighting.”

Manly also said if patrolmen in the helicopter circling the campus had seen a gunman it would have been recorded.

The Justice Department and officials of the National Guard launched separate investigations of the gunfire outburst which took the lives of two girls and two young men. 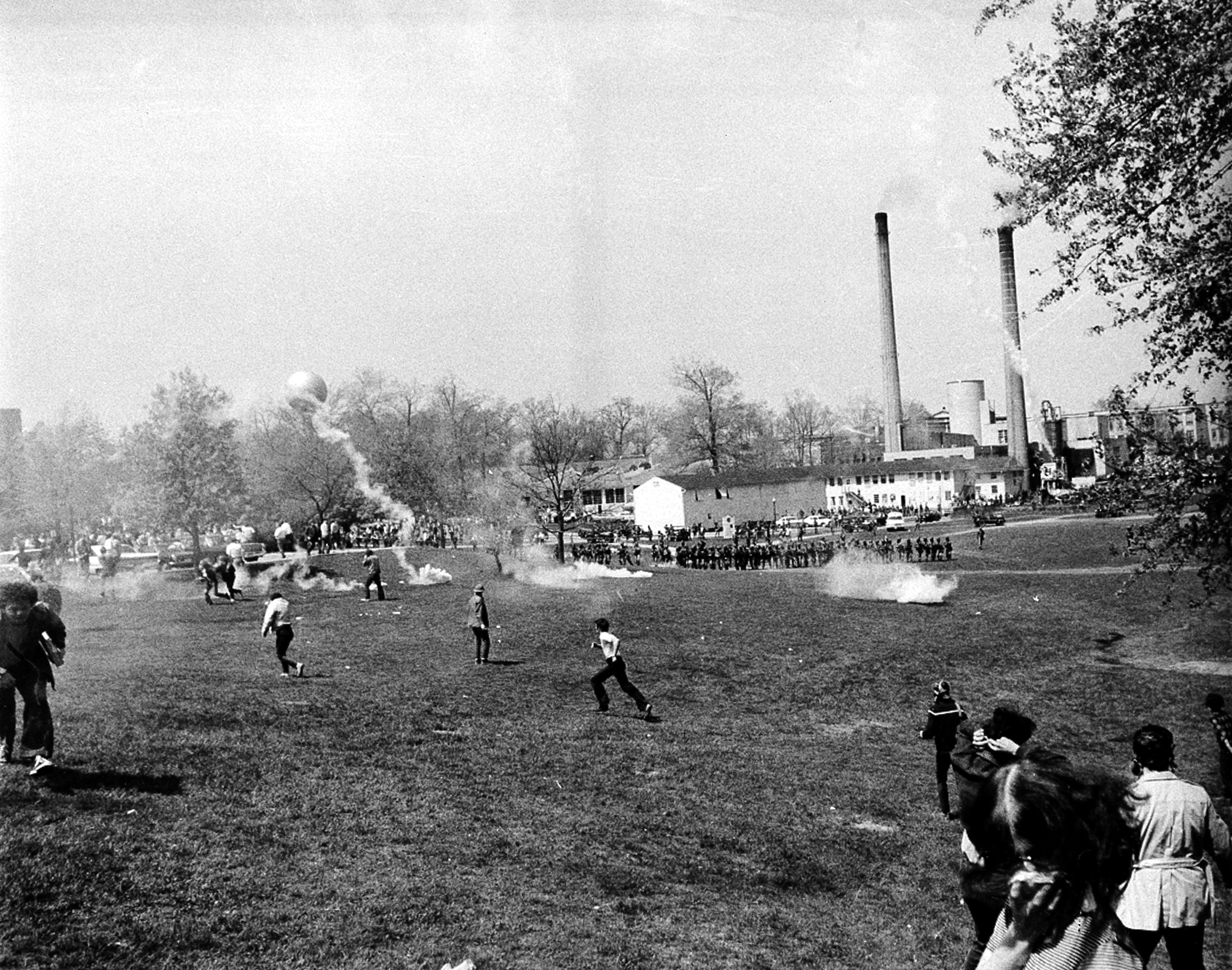 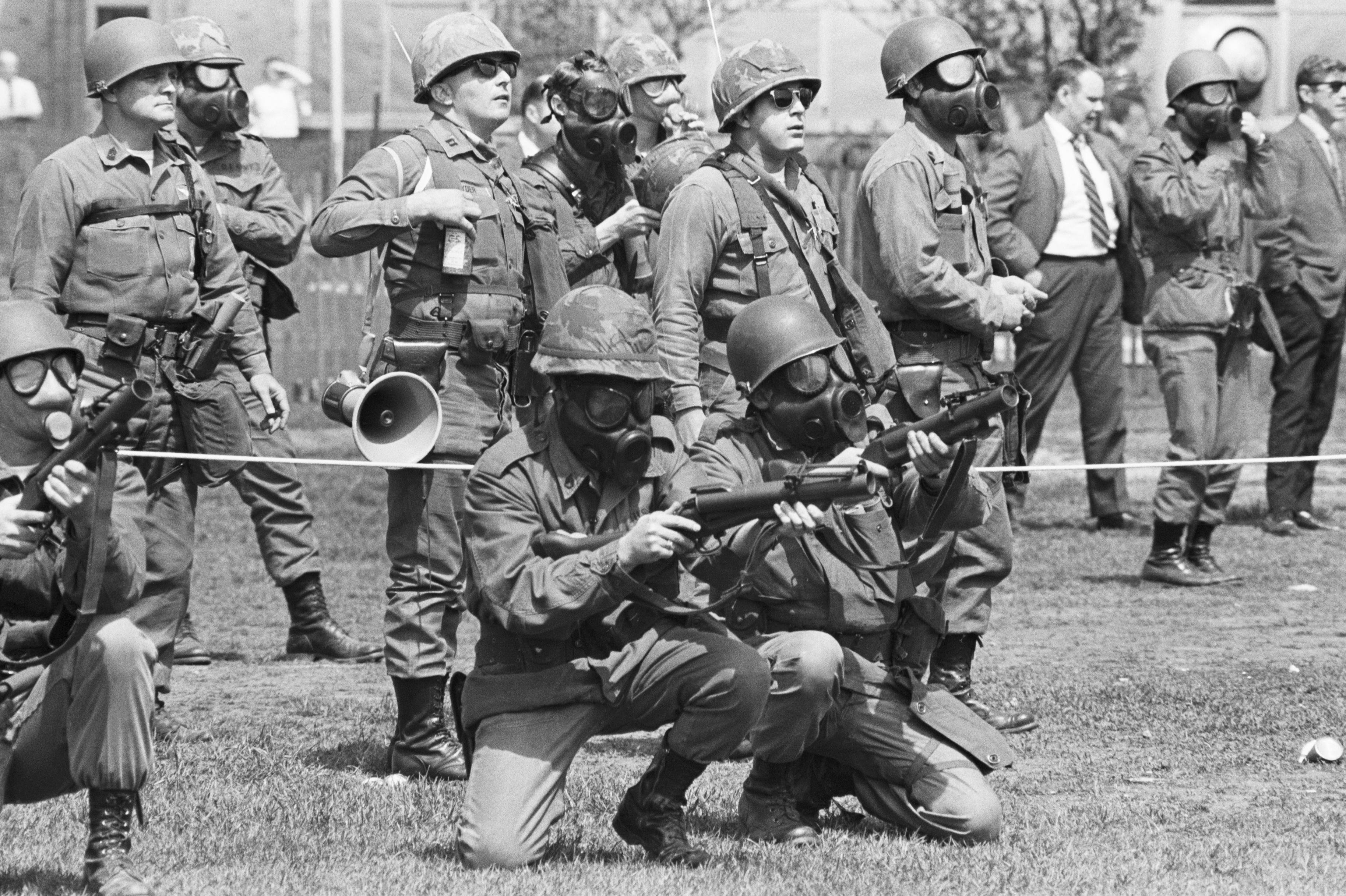 The Cleveland Plain Dealer, Ohio’s largest newspaper, called editorially for “an immediate investigation and prompt steps to prevent a recurrence of the most tragic campus violence ever in the United States.

“Many questions will have to be answered: Why were these people shot? Who shot first? How could these deaths have been avoided?

President Nixon deplored the campus deaths. In a White House statement, he said: “This should remind us all once again that when dissent turns to violence it invites tragedy.

"It is my hope that this tragic and unfortunate incident will strengthen the determination of all the nation’s campuses, administrators, faculty and students alike to stand firmly for the right which exists in this country of peaceful dissent and just as strongly against the resort to violence as a means of such expression.”

Nixon said that he would order a Justice Department investigation if the state so requested and Gov. James A. Rhodes then asked for the FBI to carry out an inquiry.

About 500 students attended a peaceful demonstration on the University campus at noon on May 4, 1970.

But late that night about 500 persons, most of them students, went on a rampage downtown.

Bonfires were set in the streets and several windows of stores and cars were broken.

About 1,000 students demonstrated on the campus the following night and some of them set fire to the ROTC building with railroad flares.

The National Guard, which had been on standby at Akron, was ordered to the city.

Jerry Stoklas, 20, a campus newspaper photographer, said he witnessed the shootings from a rooftop.

He said about 400 students were harassing the guardsmen and “they turned and opened fire. I saw five people go down.”

Other witnesses said the demonstrators were pelting the guardsmen with rocks and chunks of concrete.

Stoklas said the troops had backed away, but the demonstrators followed. He said the guardsmen had “turned around several times, apparently trying to scare them.”

“At the approximate time of the firing on the campus,” he added “the Ohio Highway Patrol—via a helicopter—spotted a sniper on a nearby building.”

Some students contended the “sniper” actually was one of several student photographers atop Taylor Hall.

Guard spokesmen said 900 to 1,000 persons had been involved in the demonstration at the university’s Commons and that guardsmen had exhausted their tear gas supply in dispersing the crowd. 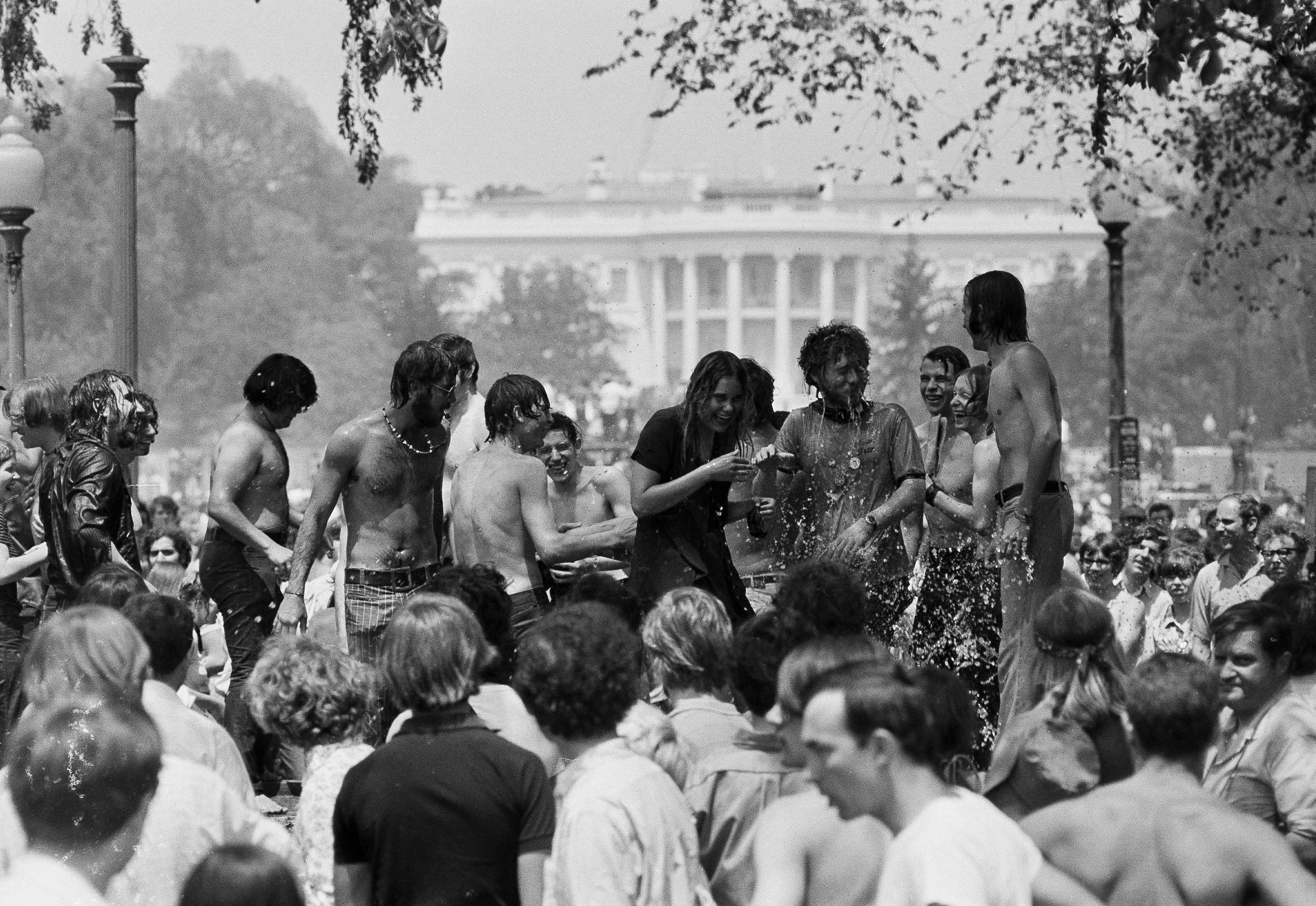 Gene Williams, a member of the student newspaper staff, said he saw the troops turn “in unison, as if responding to a command,” and fire into the crowd.

Brig. Gen. Robert H. Canterbury, who was in direct command of the guard contingent on the campus, said no order was given to shoot.

“A military man always has the option to fire if he feels his life is in danger,” he said. “The crowd was moving in on the men on three sides.

“The shooting lasted about two or three seconds. Officers at the scene immediately called for a cease-fire.”

Canterbury said an investigation into the shooting would attempt to determine which guardsmen fired first, what others fired and actually hit students, and how many rounds of ammunition they expended.

Kent State’s campus, about 30 miles (50 kilometers) southeast of downtown Cleveland, will be still on the 50th anniversary Monday.

An elaborate multi-day commemoration was canceled because of social distancing restrictions amid the coronavirus pandemic.

Some events, activities and resources are being made available online. 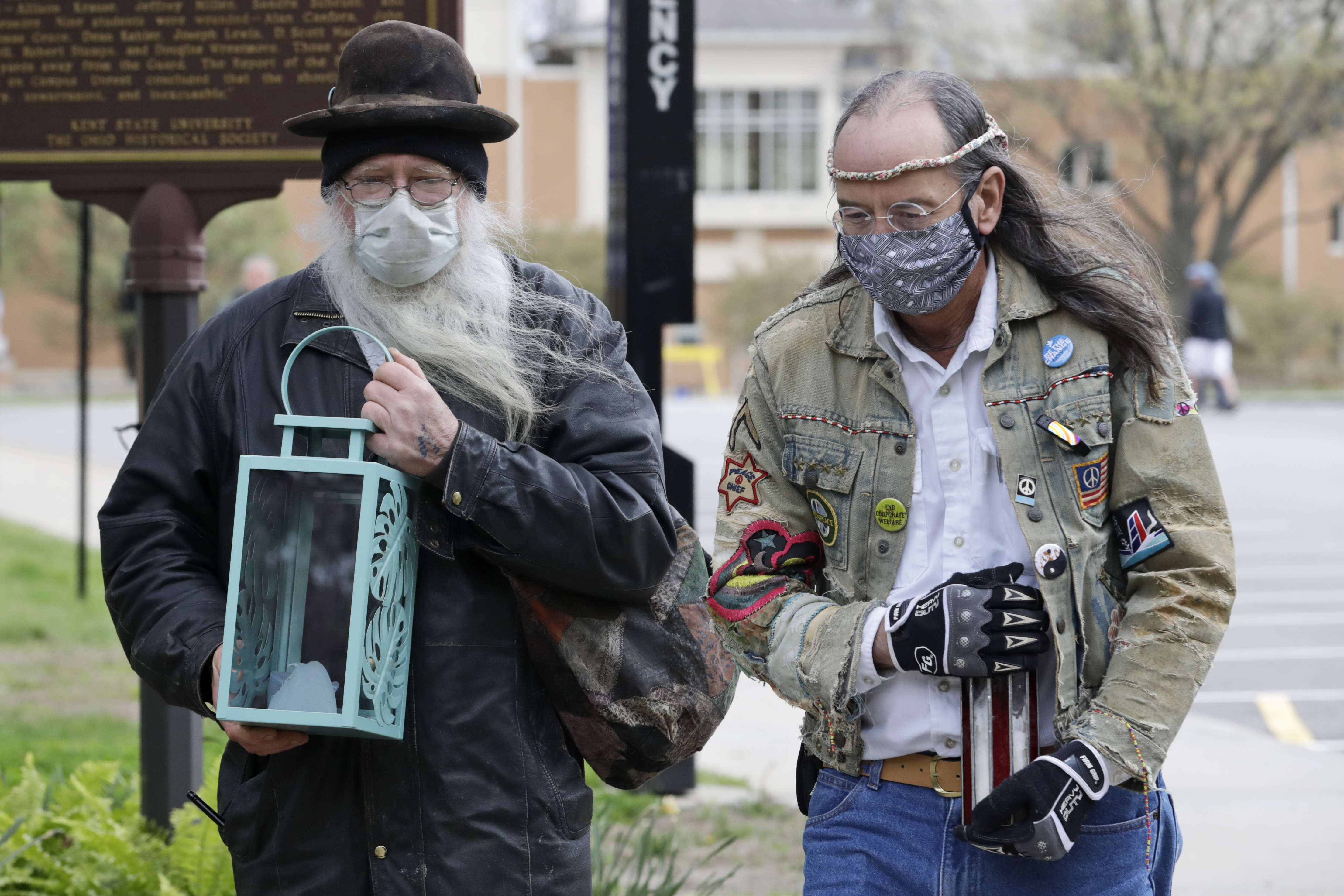 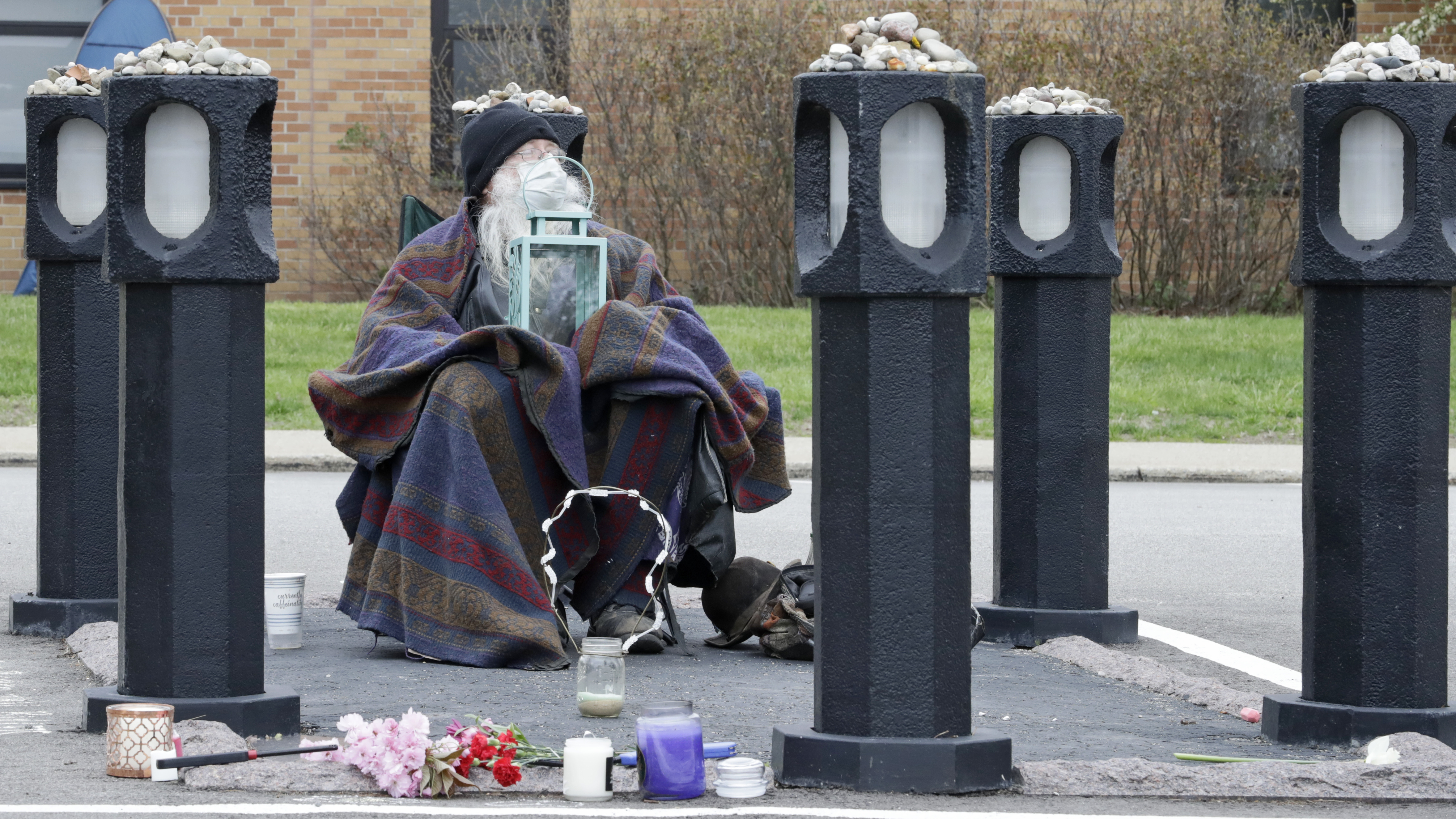 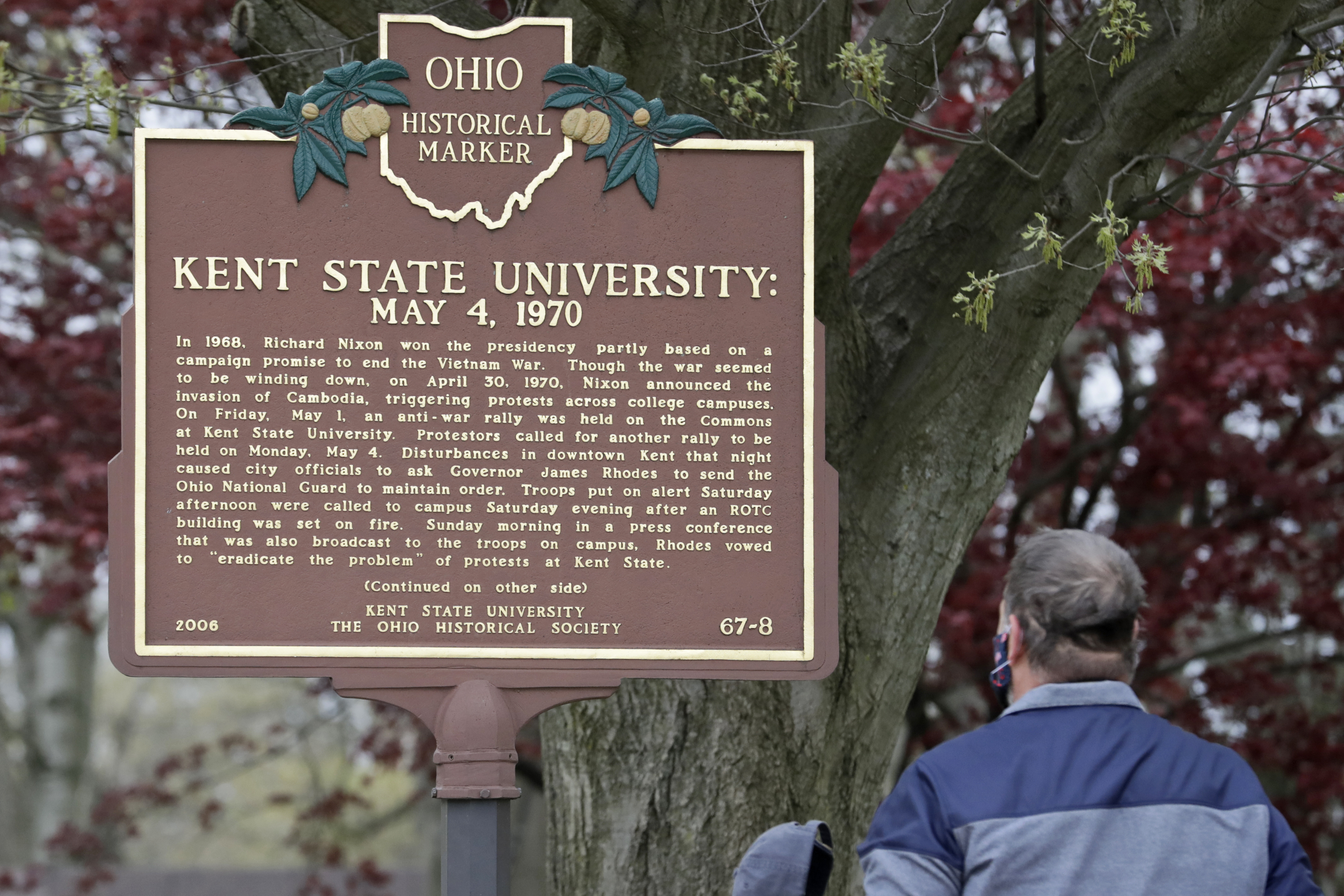 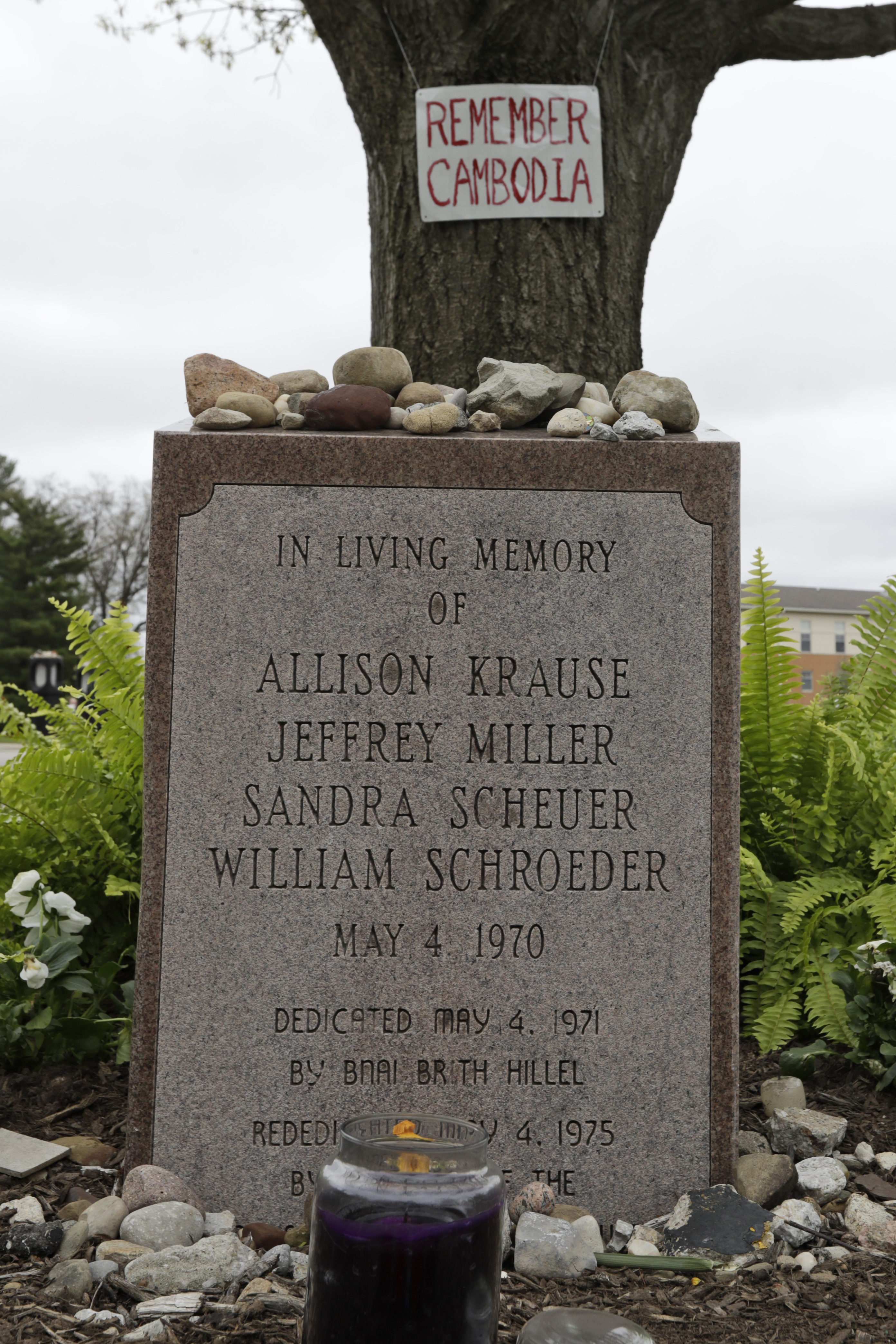