HUNDREDS of skinned foxes have been filmed tossed onto a massive blood mountain before their fur is turned into coats for British high streets, warn campaigners. 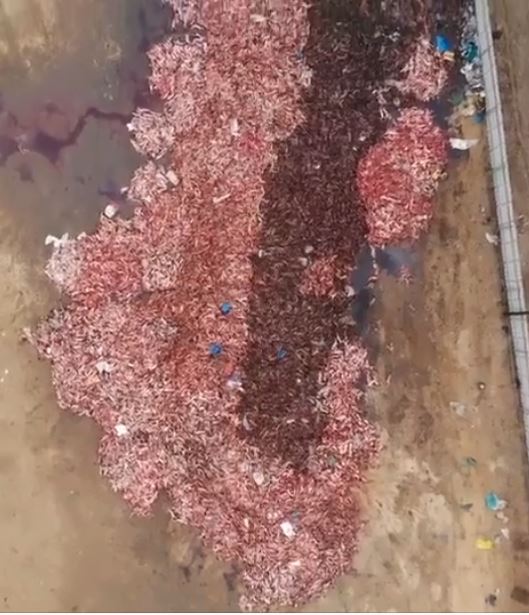 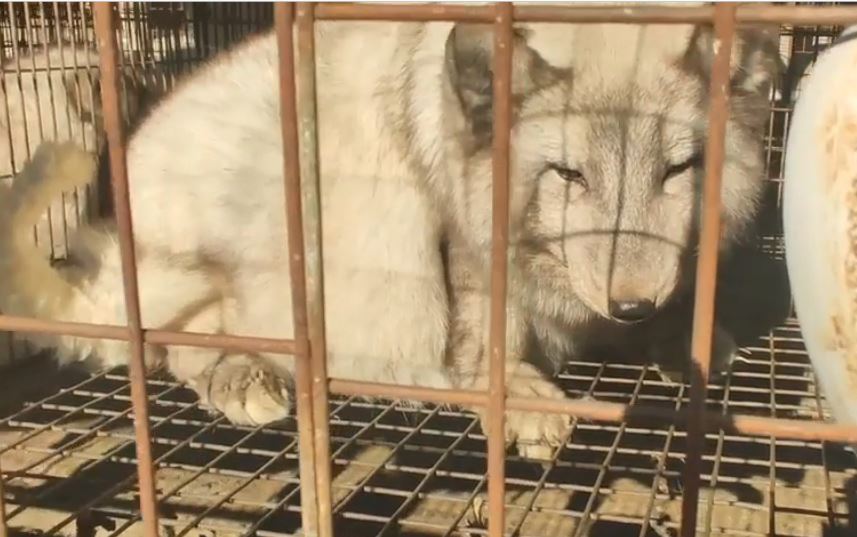 The UK arm of the Humane Society International said its footage shows foxes being cut and skinned while still alive and clearly moving.

TV wildlife presenter and campaigner Chris Packham said: “I am astonished at the depravity of the fur trade.

"This investigation is like a scene from hell and anyone who knowingly wears fur should not turn away from watching it.

"Aside from the unbelievable cruelty of their deaths, these foxes and raccoon dogs will have endured utterly miserable lives."

The gut-wrenching video shows foxes being beaten repeatedly over the face and head with a metal bar, causing extreme pain and injury but not instant death. 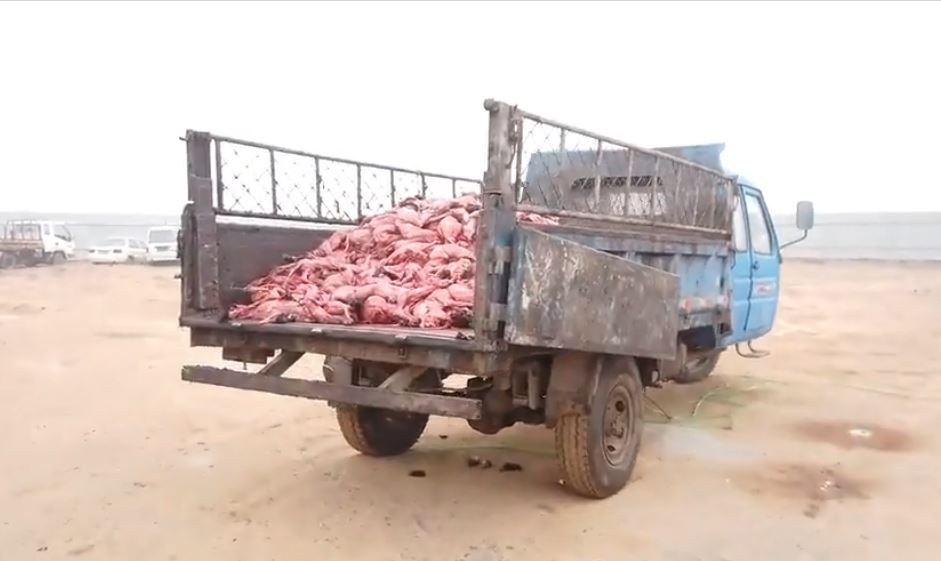 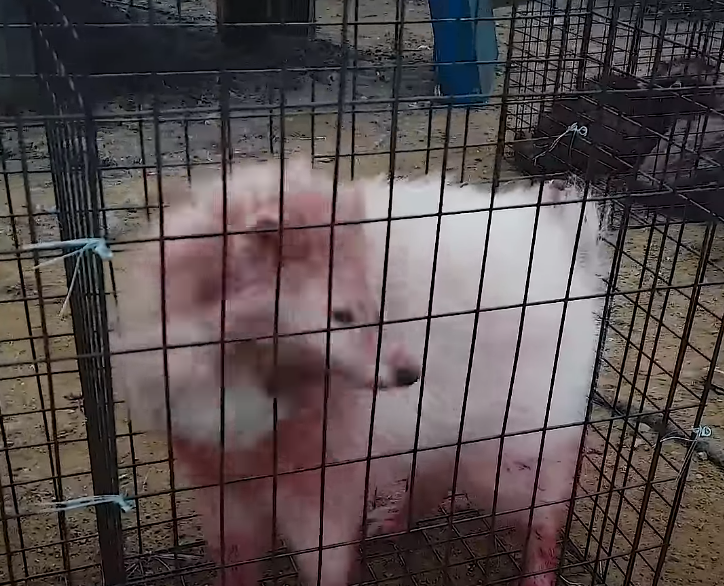 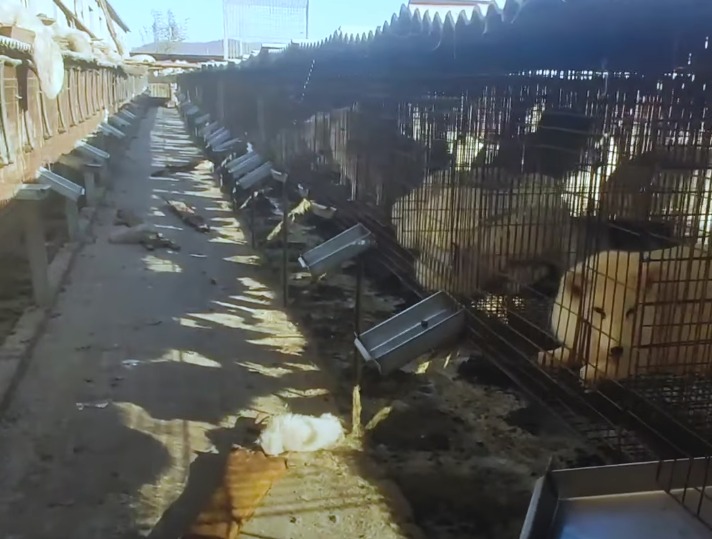 Animals show repetitive behaviour typical of mental decline – such as 'waving' their heads from side-to-side, while pacing.

All are shown cooped up inside tiny wire cages, with some animals covered in blood after being injured.

The charity's director in the UK, Claire Bass, said such footage was the "hideous, heartless reality PR spin for the fur industry doesn’t want you to see".

Investigators forHSI filmed at eleven randomly selected fur farms in one of the top countries in Asia exporting fur to the UK.

The charity has chosen not to reveal the country in order to protect the identity of the investigators.

But it says that despite banning fur farming nearly two decades ago, Britain still allows imports of tens of millions of pounds of fur every year. 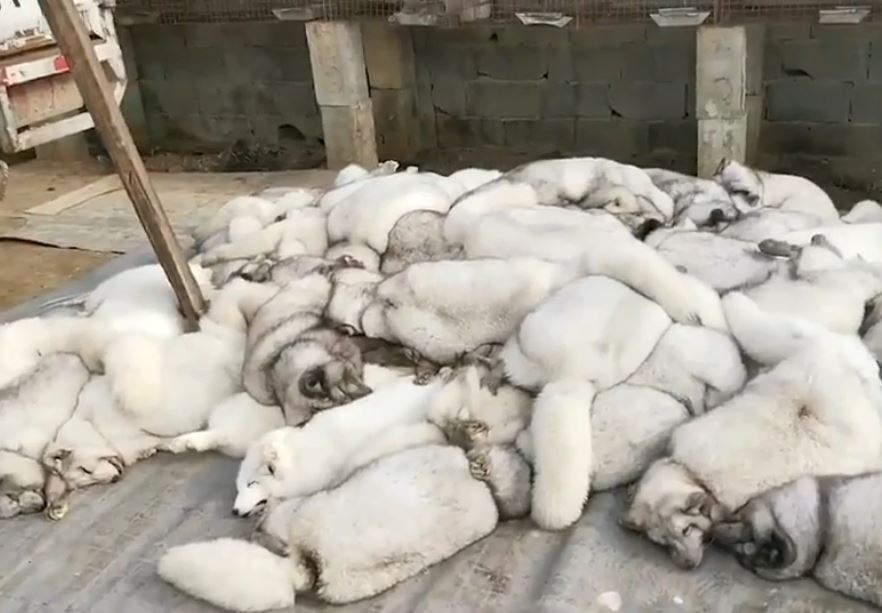 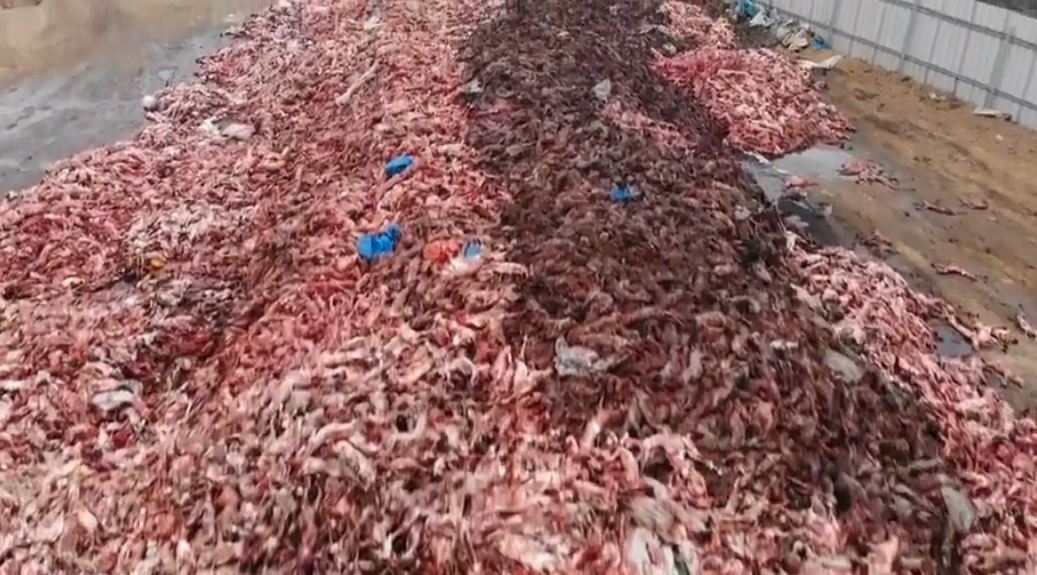 This is sent from farms in countries such as Finland, Italy, Poland, and in Asia from mainland China, Hong Kong, India and Thailand.

HSI estimates this equates to the import of fur pelts from an estimated 2.5-3 million animals into the UK each year.

Although most British retailers actively choose to be fur-free, clothes, shoes and accessories using fur from these and other countries can still be found on sale on the high-street and online, the charity said.

Claire Bass added: "This investigation into the fur trade shows that fur is not glamorous.

"It’s grotesque, it’s cruelty – not couture – and it’s time for the UK to stop trading in such horrors.

"In taking control of our markets and laws post-Brexit the government will have the power, and the moral duty, to send a clear message that the UK will no longer tolerate the cruel fur trade." 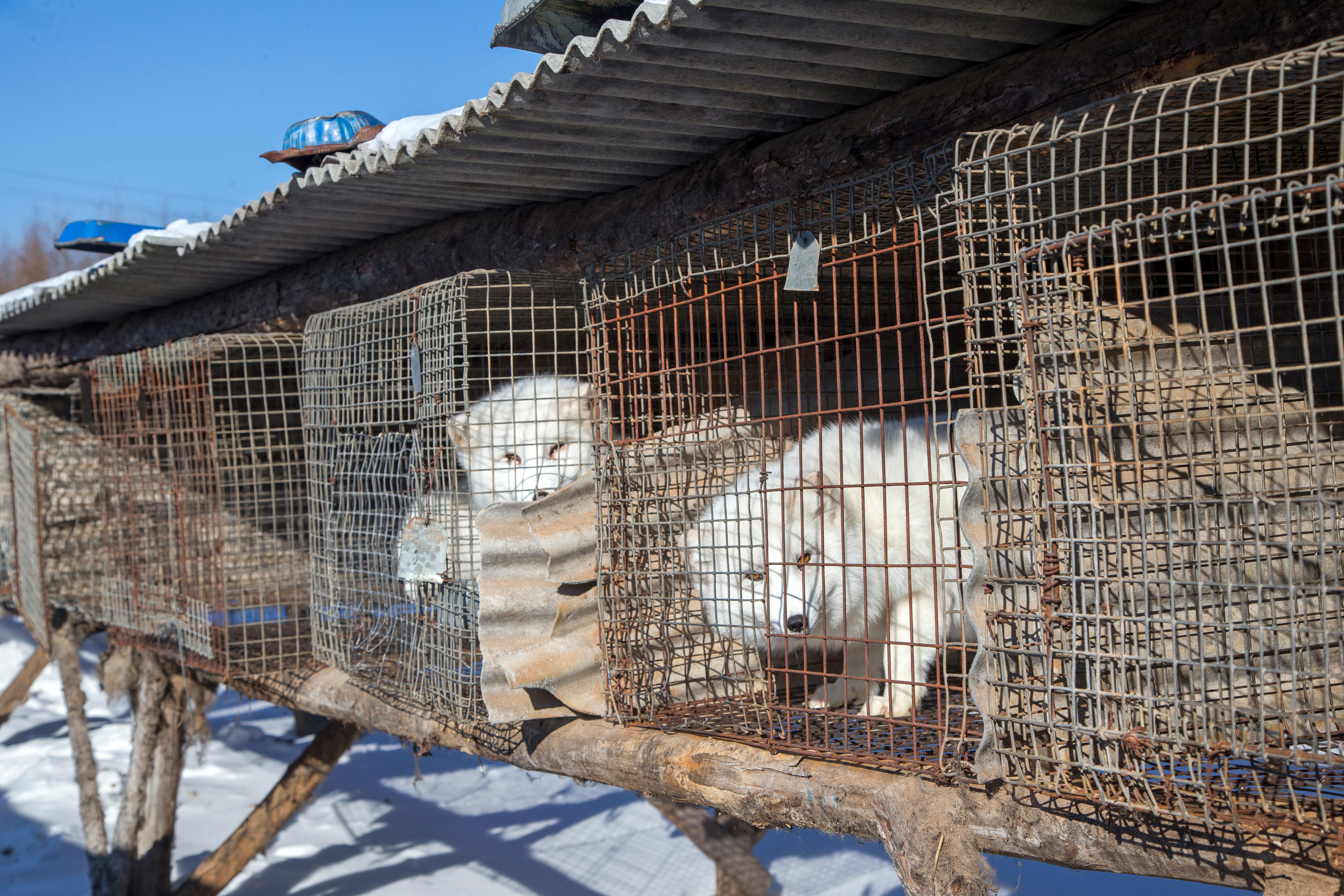 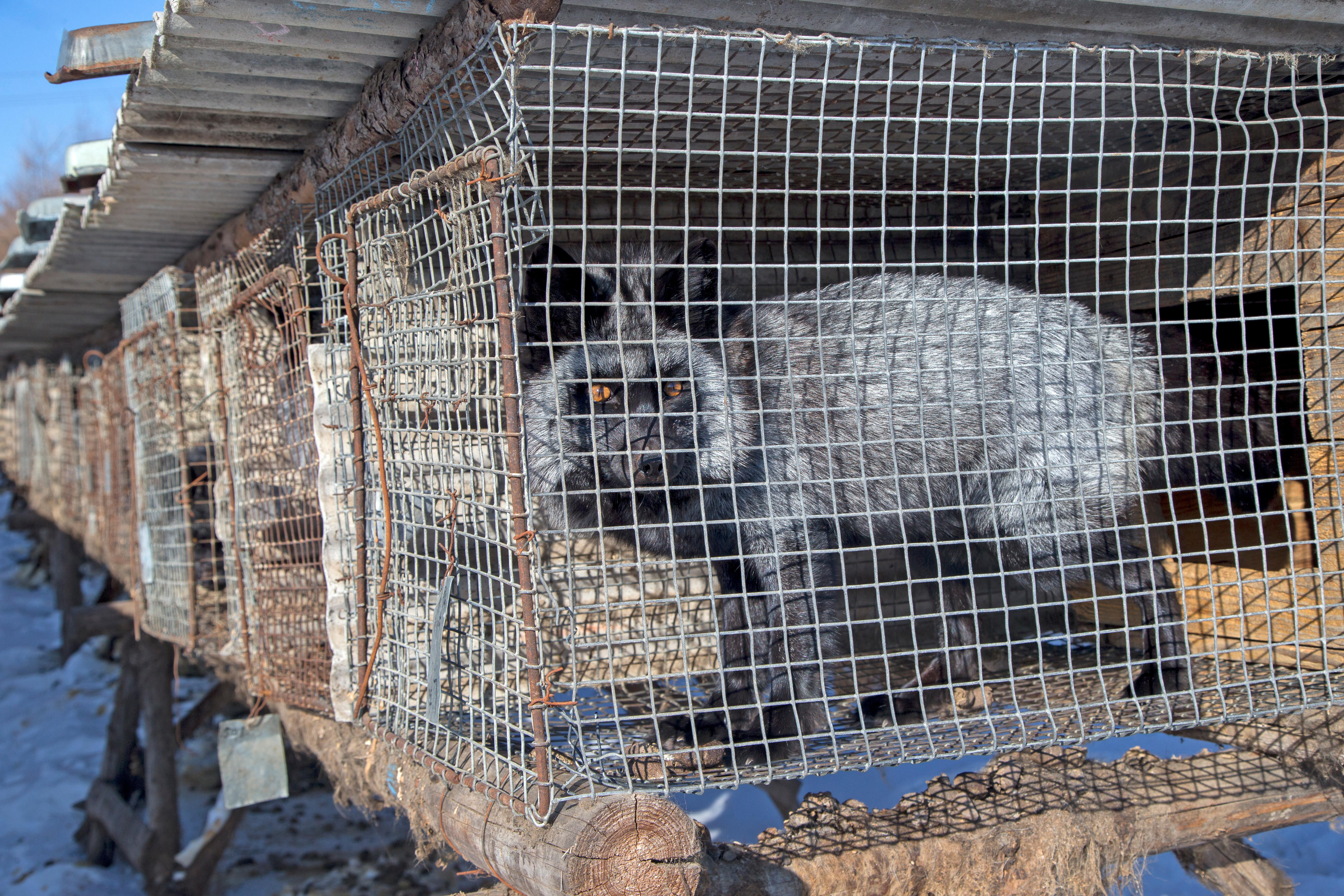 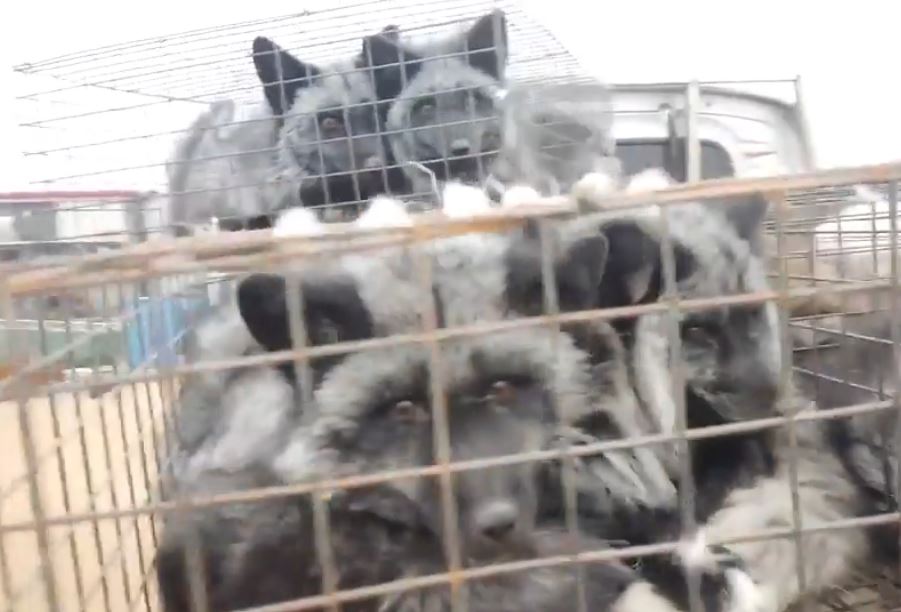 The charity is urging people to sign a petition calling on the government not only to retain a UK import ban on cat, dog and seal, but also establish a sales ban to cover the pelts of all animals killed for their fur.

When HSI shared the gruesome footage of the bloody mountain on its Facebook page, shocked viewers slammed the fur farms.

Paul Rowbottom replied that it was "absolutely outrageous – needs to be stopped as it's barbaric and cruel".

Debbie Campbell said: "How any one can do this is beyond words, horrific."

Trish Savage added: "What the F is wrong with this world?

"The cruelty shown… is just totally horrendous. lt is just not acceptable, stop the barbarism."