London: European Union (EU) legislators have called out Hungary for trying to ban transgender people from changing their sex on some official documents as a "deliberate" attack on the community.

The Hungarian ruling Fidesz party proposed on Tuesday to change the law so that birth, marriage and death certificates show "sex at birth" – reversing a policy that allowed trans people to change their legal sex to match the gender in which they live.

"This attack on the trans community is outrageous and deliberate," Marc Angel, a member of the European Parliament and co-president of its informal Intergroup on LGBTI Rights, said in a statement reacting to the omnibus bill. 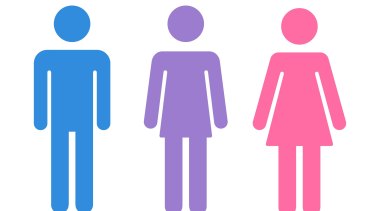 "This move does not only intentionally silence the trans community – it seeks to erase it and deny its existence."

The Hungarian government's International Communications Office did not immediately respond to requests for comment.

The EU has long condemned Hungarian Prime Minister Viktor Orban's right-wing government for its tight restrictions on civil liberties and its attitude towards gay, bisexual and trans minorities in the former communist country.

Homophobic and transphobic rhetoric is rising across Europe, fuelled by divisive politics and socially conservative groups, according to LGBT+ rights group ILGA-Europe.

It is possible to legally change gender in all EU countries bar Cyprus, according to advocacy group Transgender Europe, despite growing criticism of trans rights as an attack on traditional gender roles by far-right and religious groups.

Tuesday's proposed legal amendment would substitute the Hungarian word "nem", which means both sex and gender, with a phrase meaning birth sex, which it defines biologically by sex characteristics and chromosomes.

Trans people have been effectively unable to change the sex on their identity documents since 2018, according to LGBT+ rights advocates, who said there were already multiple court cases underway challenging that.

Orban, in power since 2010, was re-elected in April 2018 to a third consecutive term and promised to "build a new era" with major cultural changes. Parliament's speaker equated gay adoption with paedophilia last year.

Trans advocates fear denial of legal gender recognition – which is critical for preventing the harassment that can happen if someone's appearance does not match their documents – is the next step, as Fidesz has a two-thirds majority in parliament.

"If it goes to the parliament as it is, then it will pass into law for sure," said Tina Kolos Orban, vice president of advocacy group Transvanilla Transgender Association.