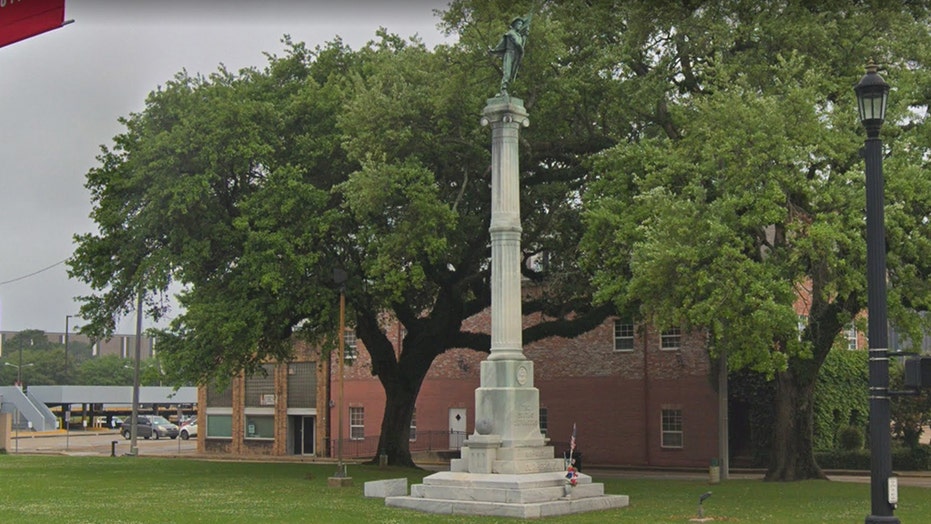 The chemical plant is located near the city of Lake Charles, Louisiana as Hurricane Laura tore through the community; Jonathan Serrie reports.

As the storm made landfall with 150 mph winds early Thursday morning, it ripped through buildings, vehicles, trees and power lines.

It also knocked the statue of a Confederate soldier off of the South’s Defenders Monument outside the Calcasieu Parish Courthouse, the Lafayette Daily Advertiser reported.

The statue depicted a young Confederate soldier carrying a flag over his left shoulder. After the storm, it was on the grass along with nearby tree limbs, as seen in photos posted to social media. The storm left the soldier bent, dented and sideways.

“Can confirm, the Confederate statue in Lake Charles that many were wondering about is gone, apparently a casualty of Hurricane Laura,” tweeted Andrea Gallo, a reporter for The Advocate, a local newspaper.

The Calcasieu Parish Police Jury voted 10-4 on Aug. 13 to keep the statue in place amid a nationwide push to remove Confederate monuments and statues. The jury is similar to county legislatures or councils in other states.

There is an ongoing Change.org petition calling for the entire monument’s removal with more than 2,000 signatures. 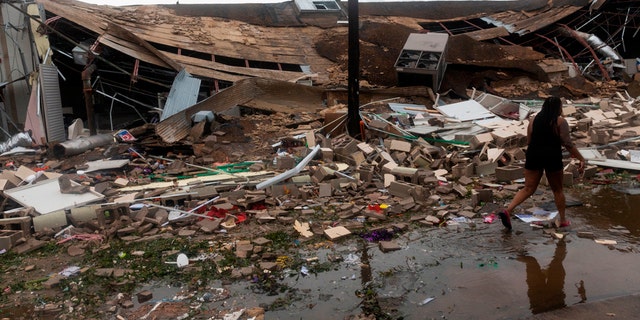 People walk past a destroyed building after the passing of Hurricane Laura in Lake Charles, Louisiana on Aug. 27.
(ANDREW CABALLERO-REYNOLDS/AFP via Getty Images)

The statue was dedicated in 1915 in honor of Confederate soldiers from the community and nearby parishes. An archival photo of the ceremony shows early automobiles lining both sides of the street and a crowd on the courthouse steps.

Local authorities called for public comment on the statue in June and received more than 900 responses. 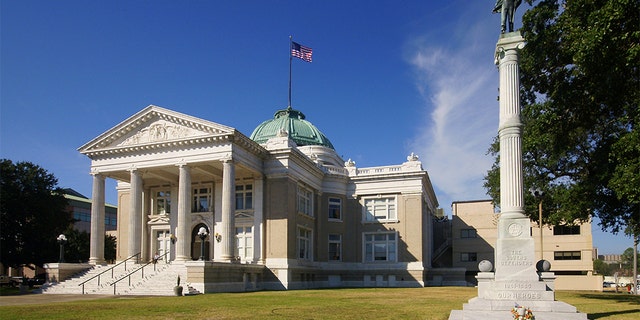 It’s also not the first time storm wind has damaged the monument. It tipped over once before in 1995, according to its supporters. It was repaired and reinforced.

At 5 p.m. ET Thursday, Laura was a tropical storm about 80 miles northeast of Shreveport, La., howling toward the Ohio and Tennessee valleys, moving north-northeast at about 15 mph, according to the National Weather Service.

Flooding, heavy rains and tropical storm-strength winds had begun buffeting parts of Arkansas. Tropical storm warnings were in effect in northern Louisiana, southern Arkansas and the western edge of Mississippi. Tornadoes were possible from central and eastern Arkansas into Mississippi through Thursday evening, according to the weather service.