Huw Edwards has cut his own hair after recovering from pneumonia

Huw Edwards has admitted he has been cutting his own hair and applying his own makeup after he returned to presenting duties this week.

The BBC presenter, 58, who revealed earlier this week he had recovered from pneumonia, made his return to presenting on the Six O’Clock news on April 6.

With lockdown rules still in effect though, some were wondering where he had managed to get his haircut.

Sky News’ Mark Austin, 61, tweeted at Huw asking: ‘Oi, @huwbbc, good to see you back. But where are you getting your barnet cut?’ 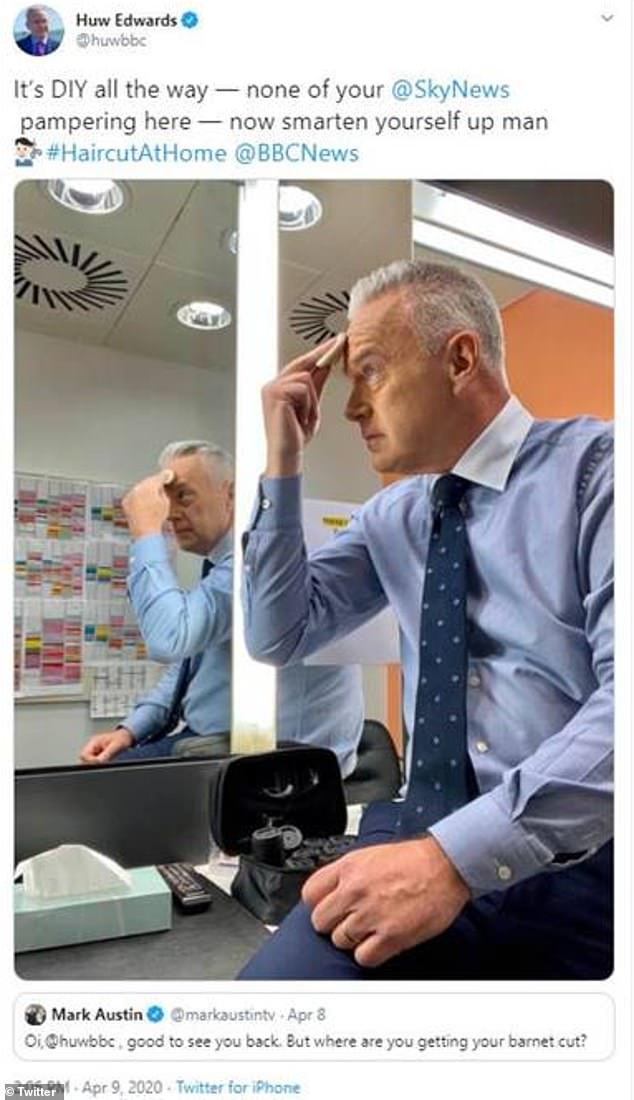 ‘It’s DIY all the way’: Huw responded to a question from Sky News’ Mark Austin asking where he was getting his hair cut now he was back presenting

Edwards responded with a picture of himself in his dressing room applying his own makeup.

In his tweet he said: ‘It’s DIY all the way – none of your @SkyNews pampering here – now smarten yourself up man.’

The BBC News presenter, 58, revealed this week he had been suffering with pneumonia and had been been treated at Kings College Hospital, London.

Edwards did not mention coronavirus when discussing his experience at the hospital. 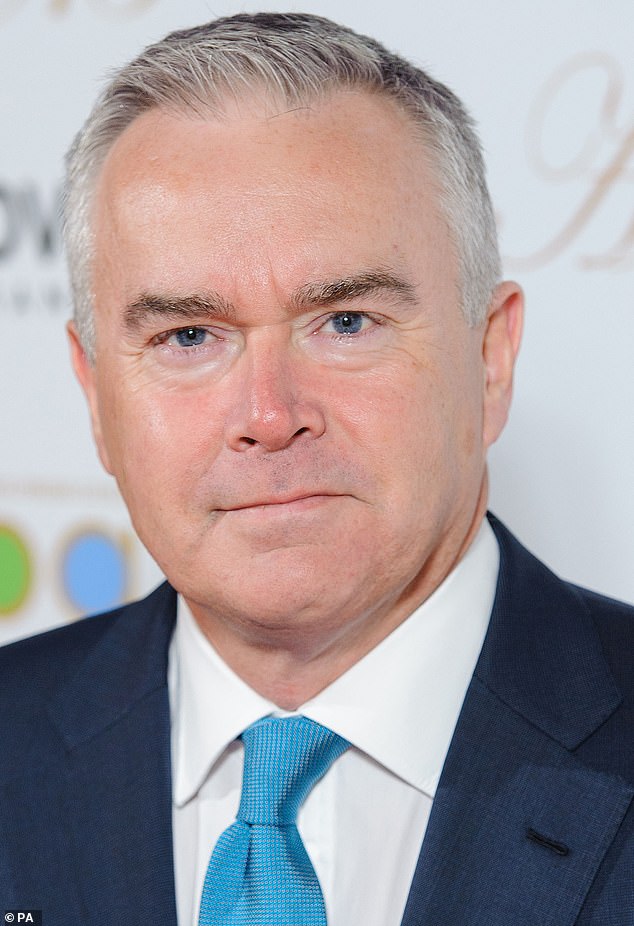 The BBC News presenter revealed this week he had been in hospital with pneumonia. He resumed his presenting duties on April 6 after recovering at Kings College Hospital, London

Pneumonia is an inflammation of the tissue in one or both lungs usually caused by a bacterial infection.

Symptoms include a cough, high temperature, difficulty breathing and a rapid heartbeat, according to the NHS.

Edwards’ colleague George Alagiah, 64, recently tested positive for coronavirus despite stepping back from presenting duties in March because of the pandemic.

Alagiah said: ‘In some ways, I think that those of us living with cancer are stronger because we kind of know what it is like to go into something where the outcomes are uncertain.’