Indonesia coronavirus: Men forced to do pushups for not wearing masks

Two men have been pictured doing pushups in front of police as punishment for not wearing masks amid the coronavirus pandemic in Indonesia.

The image was captured on Tuesday in the city of Banda Aceh, the largest city in Indonesia’s highly conservative Aceh province.

Indonesia has imposed harsh fines for breaching its coronavirus laws – including mandatory masks in all public places – with a range of bizarre punishments for those who are not willing or able to pay. 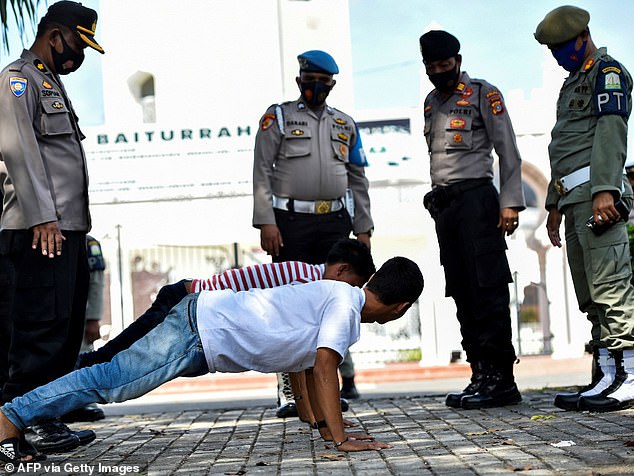 At the less-extreme end of the scale, those breaking the rules have been asked to do pushups or community service, such as sweeping streets.

At the most-extreme end of the spectrum, people have been forced to dig graves for coronavirus victims to impress upon them the importance of safety.

Around 340,000 troops have been deployed across the country to force people to comply with the rules.

Indonesia has one of the most-severe outbreaks of coronavirus in southeast Asia, having recorded 448,000 cases and almost 15,000 deaths – more than any other country in the region. 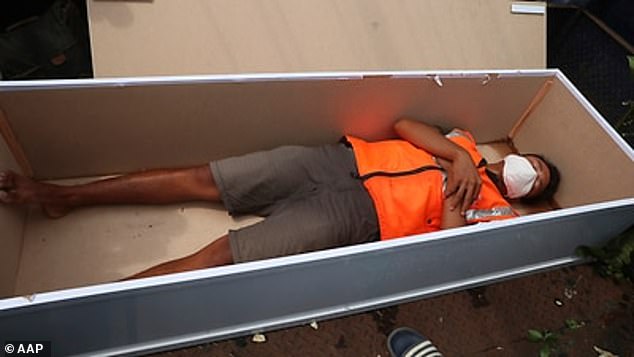 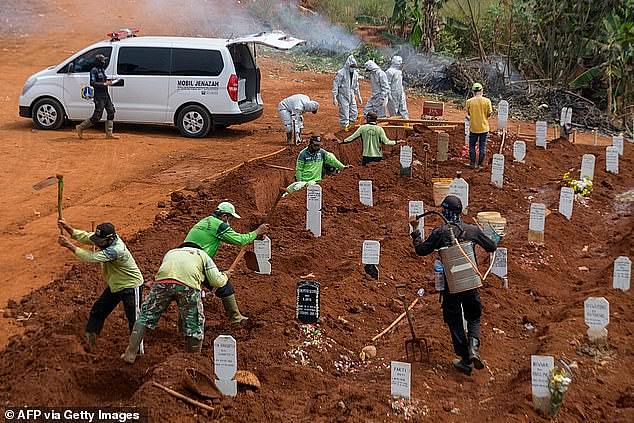 Indonesians refusing to wear face masks have also been forced to dig graves for coronavirus victims, a move that has been condemned by international watchdogs

On Wednesday, it recorded 3,700 cases of the virus, almost three times as many as its next-closest neighbor – the Philippines, on 1,300.

When population size is taken into account, Indonesia fares slightly better – behind Malaysia, Myanmar and the Philippines in the number of cases per million people.

Globally, more than 52million cases of coronavirus have now been recorded, with almost 1.3million deaths.

Shortages of testing – especially during the first wave of infection – means those figures are almost certainly under-estimates.