THIS interactive map reveals how many Covid cases there are in your local area.

The new coronavirus variant – which is up to 70 per cent more easily spread – continues rampage across the UK.

Barking and Dagenham in London has the highest cases in the whole of the UK, according to the Government coronavirus dashboard.

Some 1,588 new cases were diagnosed per 100,000 people in the seven days to January 2, according to PA analysis of official figures.

London as a region has the highest infection rate in England, and it's growing every day.

And the Office for National Statistics estimate at least one in 30 people in the capital have Covid-19 right now.

Several Essex authorities – including Castle Point, Epping Forest, Harlow and Brentwood – are within the top 10 worst areas in the country.

Overall, almost all of the 315 local areas in England are seeing rising case rates. Only six have seen a fall, PA news agency reveals.

The Isle of Wight has seen the biggest jump in cases across the whole of England.

The island, home to 142,000 people, was considered the luckiest place in the country when it managed to stay in Tier 1 for several weeks after the November lockdown.

It was escalated to Tier 4, set to come into force from today. But the national lockdown was enforced yesterday.

Infections on the island have been escalating far faster than at any point throughout the pandemic, with 1,299 people were diagnosed in the seven days to January 2.

Isle of Wight Council leader Dave Stewart said on December 30 that “all of the good work we have been doing to protect our island community from this virus seems to have been undone in a very short space of time”. 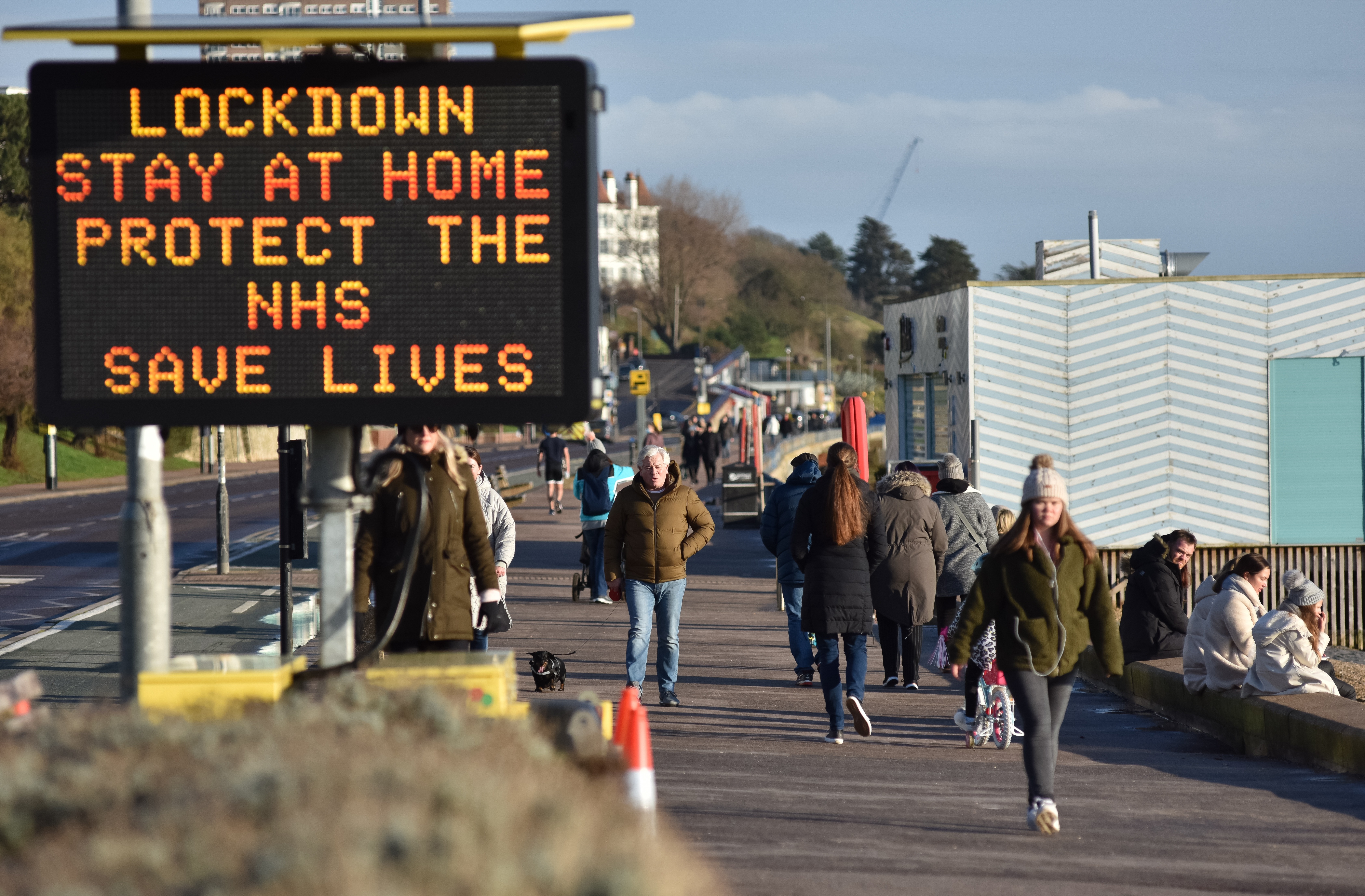 Halton Council’s director of public health, Eileen O’Meara, said cases were rising more than what was expected after the Christmas holidays.

The county of Cumbria was recognised as a "hotspot" of the new virus strain in mid-December, when only the south was predominately affected.

Wales is no longer the hardest-hit part of the UK, after it spent December battling it's most severe outbreak.

Bridgend has the highest case rate in Wales, of 978 per 100,000, the Government dashboard shows.

However, after a decline in confirmed cases in the two weeks leading up to Christmas, infection have begun soaring in Wales once more, despite the nation going into a full lockdown on December 28.

Confusion is brewing over whether the dip in cases over Christmas was just a result of reducing testing over the festive period.

Health minister Vaughan Gething said in his press conference on Monday: "It’s too early to know if these falls are because of the Christmas period and fewer people coming forward for testing or if they are early, positive signs of a sustained slowing of this awful virus."

It comes after MPs backed the latest lockdown measures in the House of Commons last night, as the UK Covid death rate reached levels not seen since the spring peak.

The Government said a further 1,041 people had died within 28 days of testing positive for Covid-19 as of Wednesday – the highest daily reported total since April 21.

Labour leader Sir Keir Starmer backed the lockdown, saying: “The virus is out of control, over a million people in England now have Covid, the number of hospital admissions is rising, tragically so are the numbers of people dying.”

Prime Minister Boris Johnson said yesterday there was “no choice” but to issue the stay-at-home order and close schools given the spread of coronavirus, particularly the more infectious new variant.

Addressing MPs. Mr Johnson said there was now a race between the spread of the virus and the delivery of vaccines to the most vulnerable.

There are plans for almost 14 million of the most vulnerable people – including the elderly, those with clinical needs, care home residents and staff and frontline NHS workers – to be vaccinated by mid-February.

After this point, some restrictions are expected to be loosened as the most at-risk people will be protected from the virus with one dose of the vaccine.

However, Mr Johnson said it would take time to ease draconian measures, which could be in place until the end of March.

The regulations run until March 31 “not because we expect the full national lockdown to continue until then", Mr Johnson said, "but to allow a steady, controlled and evidence-led move down through the tiers on a regional basis”.

Vaccines minister Nadhim Zahawi admitted the target of vaccinating at least two million people a week in the highest priority groups by February 15 was “stretching”.