London: Britain’s electoral commission has opened an investigation into the way Boris Johnson funded a redecoration of his official residence in Downing Street, saying there were grounds to suspect an offence may have been committed.

The Prime Minister, when grilled on the issue in the Commons, did not deny that a Conservative party donor “initially” paid for a £200,000 ($A358,000) renovation of his official living quarters. 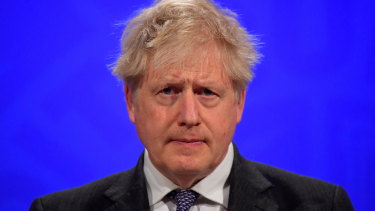 Boris Johnson is facing an investigation into the funding of a refurbishment of his official residence.Credit:Getty Images

He has already ordered his Cabinet Secretary to review the funding arrangement, but is now facing investigation by the independent electoral commission.

He told Prime Minister’s Questions that he had paid for the refurbishment “personally” and said the opposition’s inquiries on the matter were “bizarre”, rejecting assertions any laws or rules were broken.

“I have covered the costs,” Johnson said.

“I’ve conformed in full with the code of conduct with the ministerial code and officials have been … advising me throughout this whole thing.”

In reply, Opposition Leader Keir Starmer, a former Crown prosecutor, said: “Normally when someone doesn’t want to incriminate themselves, they go ‘no comment’,“.

Under British law, Johnson must declare within 28 days if he accepts a financial loan or donation.

Labour is concerned that if a party donor gave Mr Johnson money, it then raises questions of influence-peddling.

The Electoral Commission said based on information provided by the Conservative Party it was satisfied that there were “reasonable grounds to suspect that an offence or offences may have occurred”.

“We will therefore continue this work as a formal investigation to establish whether this is the case,” a spokeswoman said.

“The investigation will determine whether any transactions relating to the works at 11 Downing Street fall within the regime regulated by the Commission and whether such funding was reported as required.”

If it finds that an offence has occurred – and that there is sufficient evidence – then the commission can issue a fine or refer the matter to the police.

The commission is likely to hear evidence from Johnson’s former chief of staff Dominic Cummings who last week said he would “be happy” to talk to the Electoral Commission should it open an inquiry.

“The Prime Minister stopped speaking to me about this matter in 2020 as I told him I thought his [suggestion] to have donors secretly pay for the renovation were unethical, foolish, possibly illegal and almost certainly broke the rules on proper disclosure of political donations if conducted in the way he intended,” Cummings said in a blog post last week.

“I refused to help him.”

The architect of the Vote Leave campaign in the EU referendum became a national villain last year when he broke coronavirus rules at the height of the first wave of the pandemic.

Cummings denies being the source of separate leaks, but has not denied leaking against his former boss and the prime minister’s fiancee, with whom he clashed, about the flat upgrade.

What in the World

A note direct from our foreign correspondents about what’s making headlines around the world. Sign up for our weekly newsletter here.