IRA terrorists may have convictions quashed by Supreme Court ruling

Hundreds of IRA terrorists could have convictions quashed after the Supreme Court upheld a complaint from Gerry Adams, legal experts have warned.

Britain’s top judges ruled that the 1970s jailing of the former IRA man turned Sinn Fein president was unlawful on a technicality.

Adams was jailed for four-and-a-half years after two escape attempts from internment at the Maze Prison in 1973 and 1974.

But earlier this month Supreme Court Justice Lord Kerr ruled that, because Adams’s imprisonment was not ‘considered personally’ by then Northern Ireland Secretary Willie Whitelaw, it was invalid.

Now former Cabinet Ministers and legal experts fear this could open the door to hundreds of similar republican convictions during the Troubles being quashed. 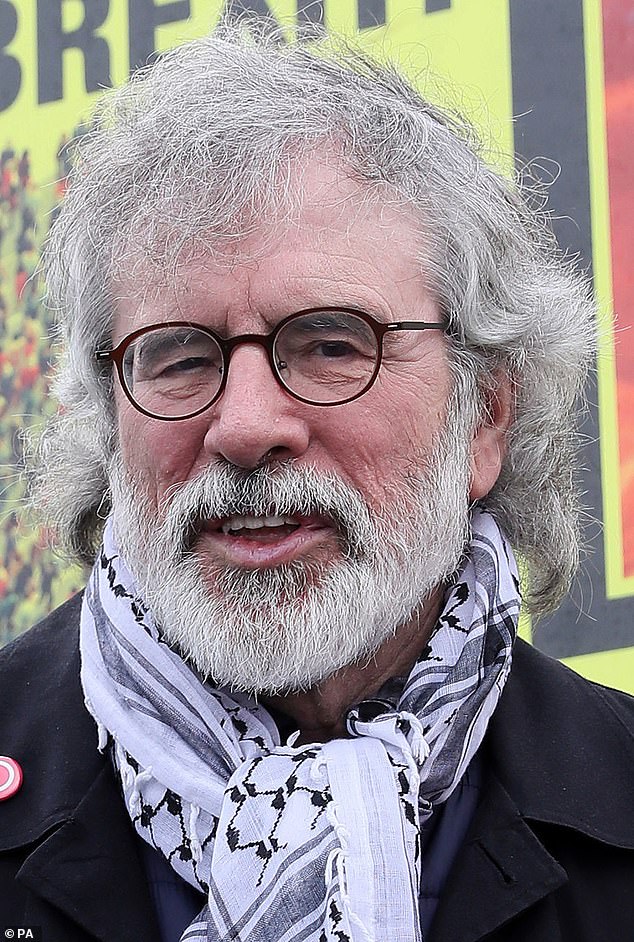 Court battle: Hundreds of IRA terrorists could have convictions quashed after the Supreme Court upheld a complaint from Gerry Adams (pictured)

Backing a new report from the think tank Policy Exchange titled Mishandling The Law, former Attorney General Geoffrey Cox slammed the ruling, warning: ‘It exposes the Government to the risk – or certainty – of numerous legal proceedings for false imprisonment, to which it will have no defence.’

The report’s author, Oxford law professor Richard Ekins, told The Mail on Sunday the Supreme Court had ‘got it badly wrong’.

‘Gerry Adams should not have secured this victory in the Supreme Court,’ he said.

‘The fact that he did – because of the court’s misunderstanding of how government works – means there is likely to be an avalanche of new litigation, which could lead to the State wrongly paying large sums in compensation to Mr Adams and others who were detained in the 1970s.

‘The Government should intervene as fast as possible, inviting Parliament to enact a new law which makes clear this detention was perfectly lawful and thus rules out further litigation.’

In a foreword to the report, Mr Cox, a noted QC, added: ‘In allowing [Adams’s] appeal, the Supreme Court has opened the door to further legal proceedings, which may require payment of compensation to Adams and others for their detention.

‘This consequence of Gerry Adams’s victory before the Supreme Court may itself warrant legislative intervention, as the authors argue, but more troubling still are the judgment’s wider implications for how government is carried out.’

The notion that the detention could not have been signed off by someone more junior in government, as in the Adams case and many others, has sparked fierce criticism.

Mr Cox said: ‘The Supreme Court’s interpretation has an odd ring to it and does not reflect any governmental practice of which I am aware. 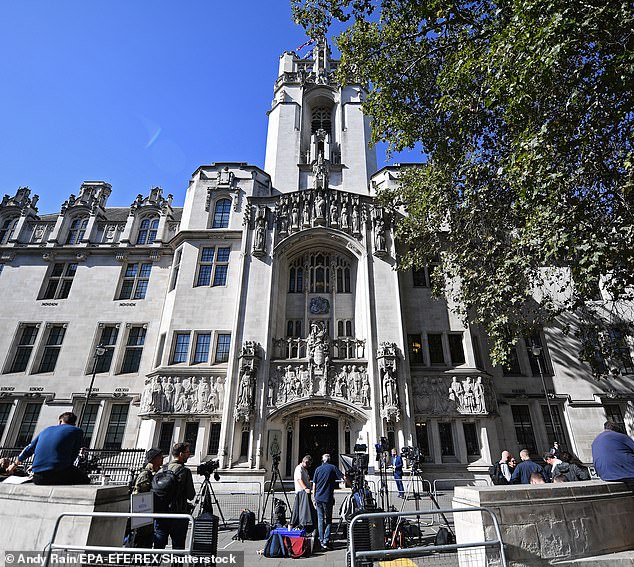 Supreme Court Justice Lord Kerr ruled that, because Adams’s imprisonment was not ‘considered personally’ by then Northern Ireland Secretary Willie Whitelaw, it was invalid. Pictured: File photo of the UK Supreme Court

‘A decision entrusted by Parliament to the Secretary of State may generally be taken in his name by a suitably qualified official.’

And he warned the ruling also risked creating chaos, as ‘so embedded is the principle in the practice of Whitehall, in our political culture and in the common law that any doubt or ambiguity in its application would have very significant and deleterious implications for the efficient organisation of government’.

The report concludes that Ministers must ‘legislate speedily to rectify matters’ with emergency laws shutting the loophole before fresh challenges are put forward.

Last night Lord Butler, the former Cabinet Secretary, vowed to raise the issue in the House of Lords next week.

He told The Mail on Sunday: ‘In a time of national economic crisis, few can welcome the prospect that the Government might now be obliged to pay substantial damages to Mr Adams and to others detained during that period.’