Is Kay Burley about to leave Sky News permanently?

Is Kay Burley about leave Sky News permanently? Anchor deletes mention of broadcaster on her social media – amid claims she could join GB News after her six-month suspension ends for rule-breaking 60th birthday party

Kay Burley has prompted social media rumours she may be about to leave Sky News permanently after deleting all mentions of the broadcaster from her social media.

The presenter who was suspended for six months over a lockdown-breaking 60th birthday party, had been expected to return to present her breakfast news show in early June.

But this recently changed to: ‘More live TV than anyone else, yes, really. Animal lover. Mountain climber. Impossibly proud mum’ – with no reference to Sky. 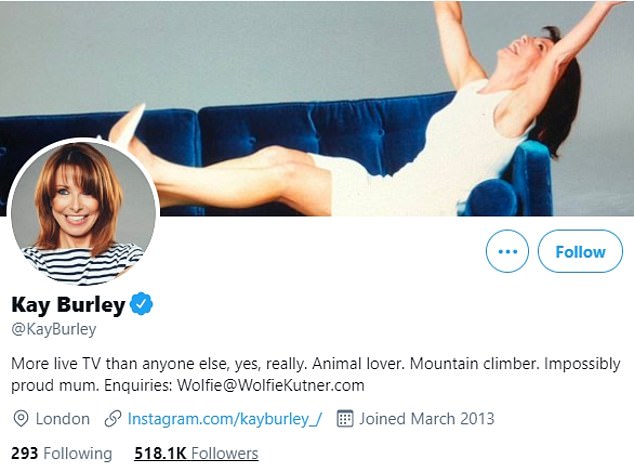 A series of high-profile broadcasters have recently announced they are leaving their current roles to join new channel GB News, including Andrew Neil, with whom Ms Burley founded Sky News 32 years ago.

Mr Neil was asked about Burley joining him on GB News by Amol Rajan on the Media Show earlier in March.

He said: ‘You launched Sky News with Kay Burley, she is currently off air, have you spoken to her about coming to join you?’

Ms Burley’s now-infamous 60th birthday party in London on the night of December 5 saw her visit a restaurant with nine other diners then use a different restaurant’s bathroom after the 11pm curfew.

Miss Burley then continued the party at her Knightsbridge home with three others. She was taken off air for six months following an internal investigation by Sky.

Sky’s political editor Beth Rigby and reporter Inzamam Rashid were both taken off air for three months after they attended the meal at Century Club in Soho.

Ms Burley was later told that she would have to go into quarantine after returning to Britain from South Africa just last weekend. 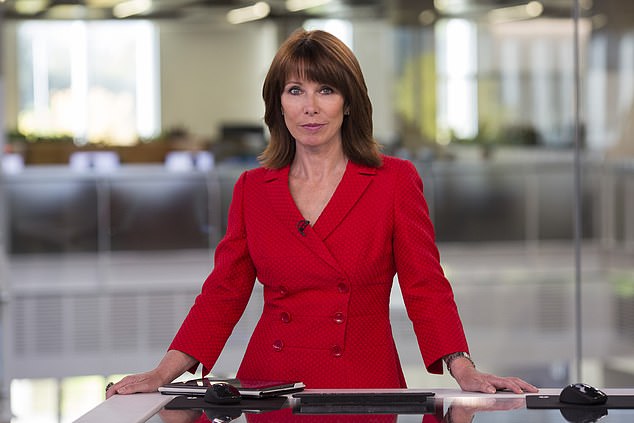 Last month, BBC broadcaster Simon McCoy – best known as Britain’s most sarcastic and hilariously indiscreet news presenter – became the last news heavyweight to announce he was joining GB News after 18 years at the corporation, it was revealed today.

The 59-year-old, famed for his dry sense of humour on live TV especially when it comes to delivering news about the Royal Family, had to confirm his departure after his floor manager wished him luck on his last day.

Mr McCoy, who joined the BBC in 2004, presented the News at One for the last time this afternoon and has been showered with praise by colleagues and viewers on social media, who shared clips of his funniest moments.

He signed off with a smile, telling BBC 1 viewers: ‘From me, it’s good afternoon – and goodbye’, and later on the BBC News channel he made colleagues laugh as he clutched some A4 in a homage to the famous moment he started a live report clutching a packet of photocopying paper he thought was his iPad in 2011. 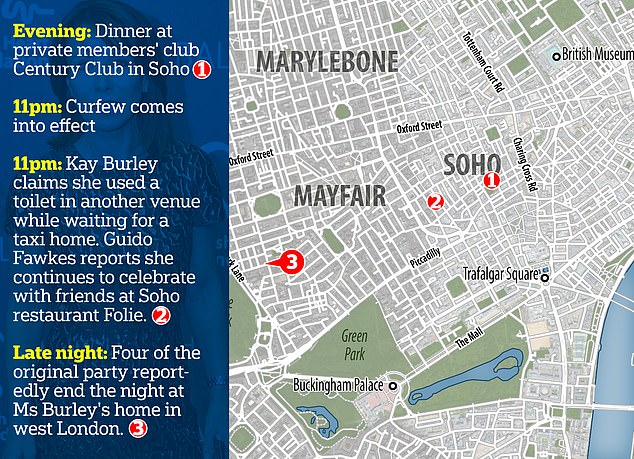 Pictured: The route Kay Burley and three colleagues took across central London as she celebrated her birthday on Saturday, December 5

He is arguably the biggest name to join the new broadcaster along with Sky News stalwart Colin Brazier and new MailOnline columnist Dan Wootton, formerly of The Sun and talkRADIO.

The channel will launch in freeview later this year amid claims they are trying to woo Piers Morgan after he left ITV.

John McAndrew, director of news and programmes at GB News, said: ‘Simon’s journalistic integrity, warmth and personality is a perfect fit for what we’re doing. He’s a brilliant journalist with an exceptional ability to relate to people in an upbeat way so we’re keen to get him out from behind a desk and talking to people from all parts of the United Kingdom.’