JAPAN is on the verge of signing a “substantial agreement" with Britain that "exceeds" the trade deal it has with the EU, the nation’s foreign minister has declared.

Speaking after two days of face to face negotiations in London with Trade Secretary Liz Truss, Toshimitsu Motegi said: “We reached a consensus in most areas and reached consensus on the main issues.” 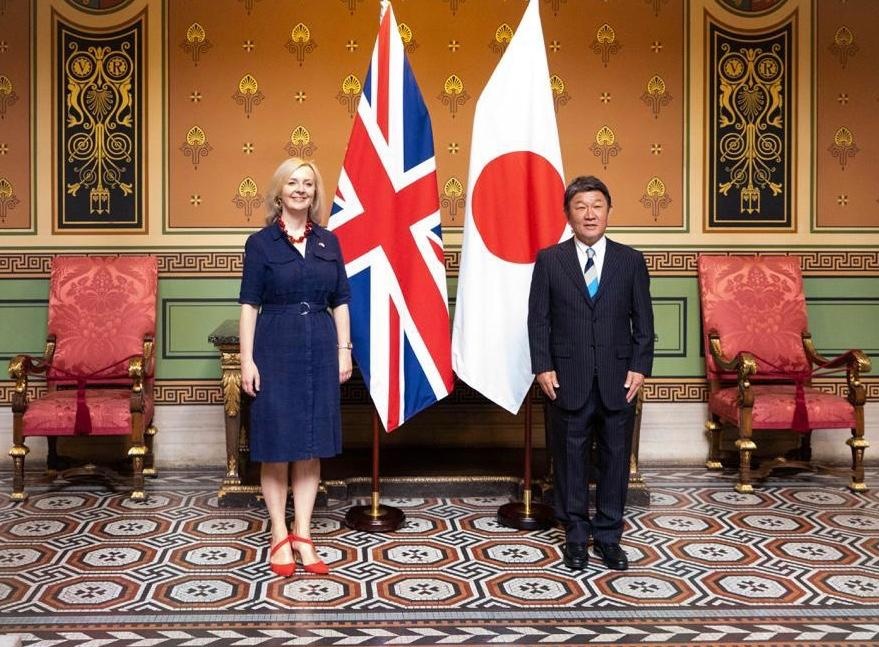 As revealed by The Sun last week, the pair have agreed to ink the deal by the end of August.

Last night Ms Truss said: “Negotiations have been positive and productive, and we have reached consensus on the major elements of a deal – including ambitious provisions in areas like digital, data and financial services that go significantly beyond the EU-Japan deal.”

A pal said: “There is agreement in the vast majority of areas. We’re almost there.”

However The Sun understands that while agreement has been reached to slash tariffs on pork and beef exports and luxury leather goods like shoes and handbags, there was a sticking point over non-livestock agriculture quotas.

Ms Truss has rejected Japan's suggested cap on the amount of food the UK can export to the country – dashing hopes of an historic early wrapping up on Friday afternoon while Mr Motegi was in town.

The negotiations will continue amongst officials to hammer out final quota details on food before Britain’s first independent trade deal in 40 years can be signed.

A source said: “Liz has fought hard for British farming over the past few days.

"She went toe to toe with Motegi, and was categorical that we wouldn’t accept any deal that undermines our agriculture industry. It was really impressive."

The source involved in the talks added: ‘‘We aren’t going to be bounced into a deal and I think the Japanese understand that.”

Ms Truss added: “The UK-Japan Comprehensive Economic Partnership Agreement will forge stronger ties between two democratic island nations with a shared commitment to free and fair trade, and strengthen the global consensus for open markets at a time of heightened protectionism.”

It is hoped the deal will increase trade with Japan by more than £15 billion a year.

More than 100 negotiators have been meeting via video call during the Covid-19 crisis, with rounds of talks taking place for two months.

In that time both the UK and Japanese Parliaments will have to ratify the new agreement.

But a trade deal with the United States sailed through Japan’s lawmakers in just 10 weeks.