Meet Katie Holmes’ new flame: 33-year-old son of iconic New York restaurateur who counts Joe Jonas, Sophie Turner and Bella Hadid among friends, has a fashion designer ex and works with his brother and father in the kitchen of their restaurant

Emilio Vitolo Jr., Katie Holmes’ new flame is a restaurateur and native New Yorker who, despite his more humble upbringing, is no stranger to the world of celebrities.

The 33-year-old is often found in his father’s iconic Nolita restaurant, Emilio’s Ballato, greeting diners and taking their order.

He and his brother, Anthony, man the kitchen with help from their father Emilio Vitolo, who is omnipresent.

The restaurant has put the family in touch with a plethora of stars. On social media, the younger Emilio regularly shares photographs of famous dinner guests.

Among them are Barack and Malia Obama, Bella Hadid, Danny DeVito, Joe Jonas and Sophie Turner and David Schwimmer. In a recent profile in Instyle, he spoke of their work.

‘It’s a seven-day-a-week commitment. If you’re going to do a restaurant the right way, you always have to be there.

‘But on Sundays my father was never the cook. My mother, who’s from Peru, would make us dishes like chicken and rice instead,’ he said. It’s unclear when he and Katie met or started their romance. 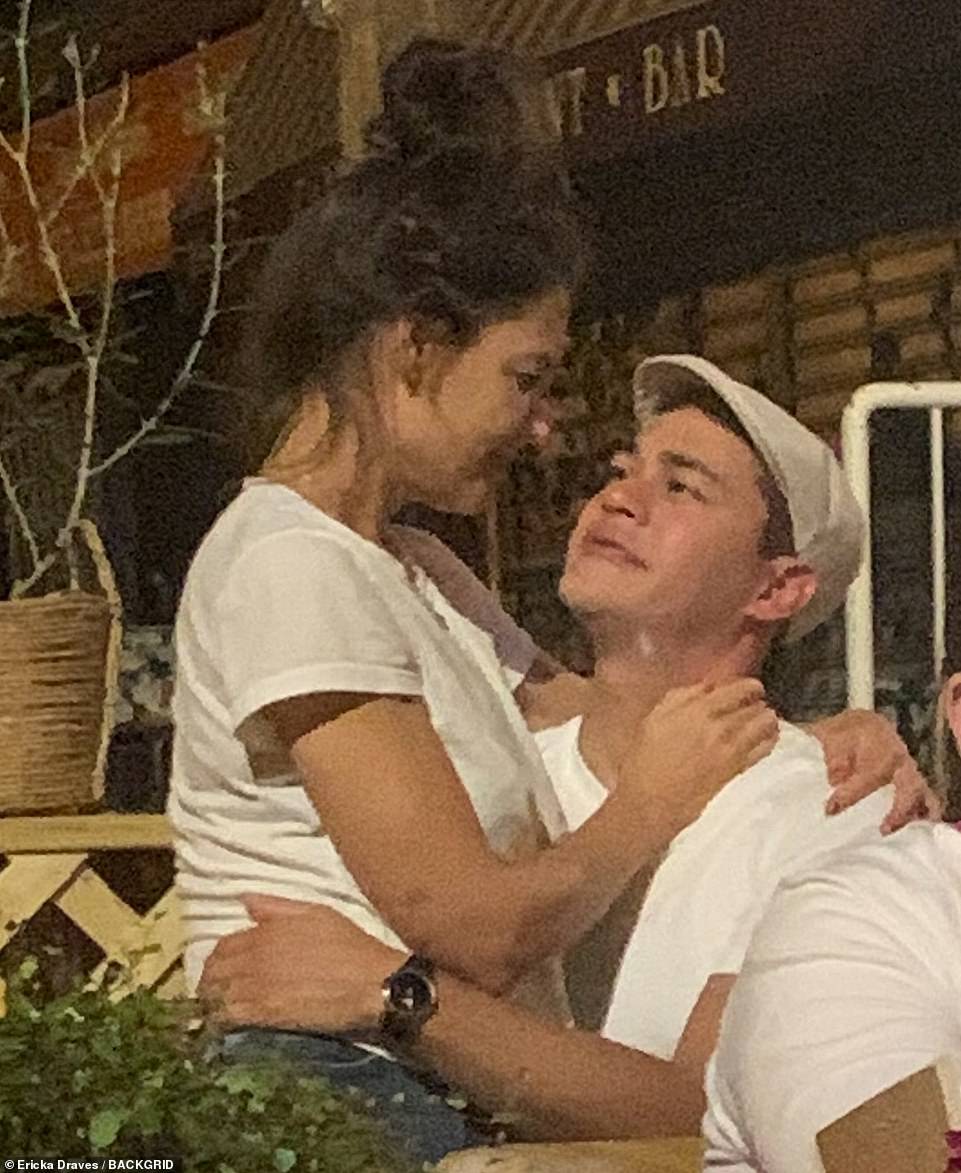 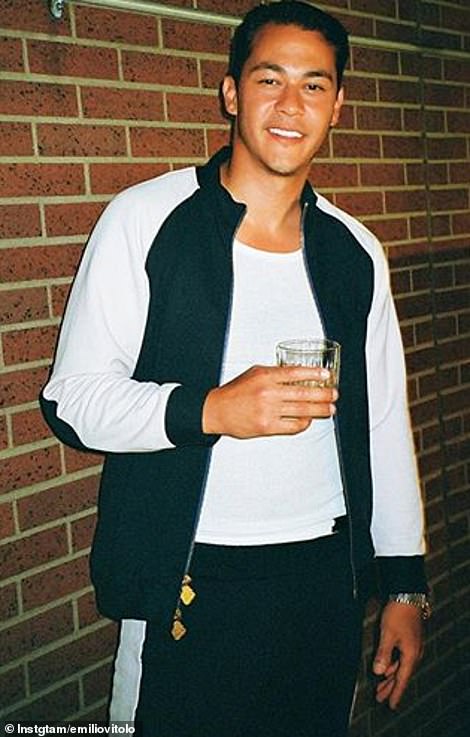 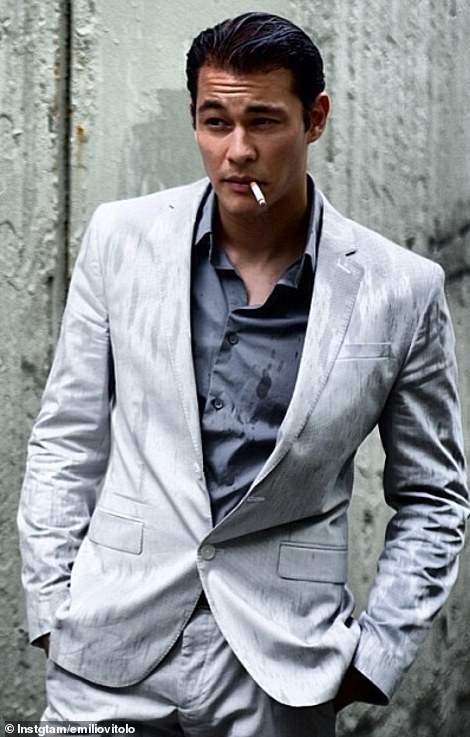 Emilio Vitolo Jr., 33, is a chef, restaurateur and aspiring actor. He is shown in photos taken on social media and from his IMDB page 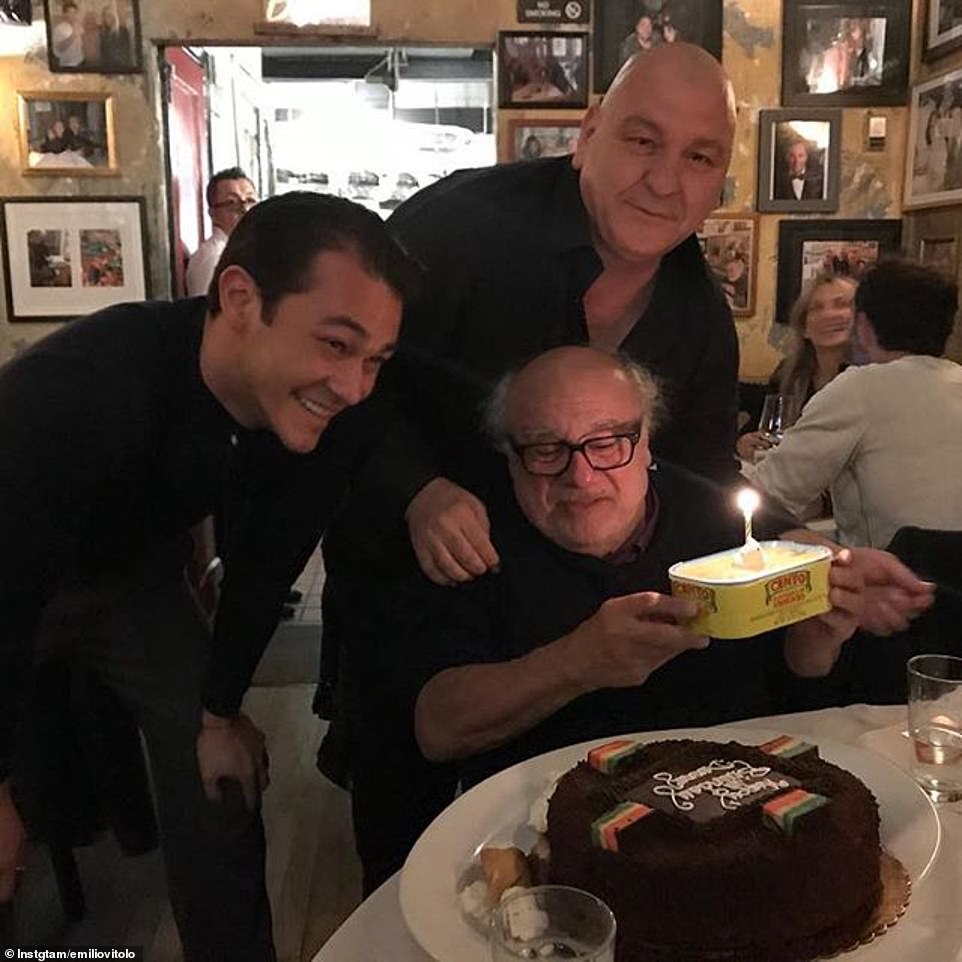 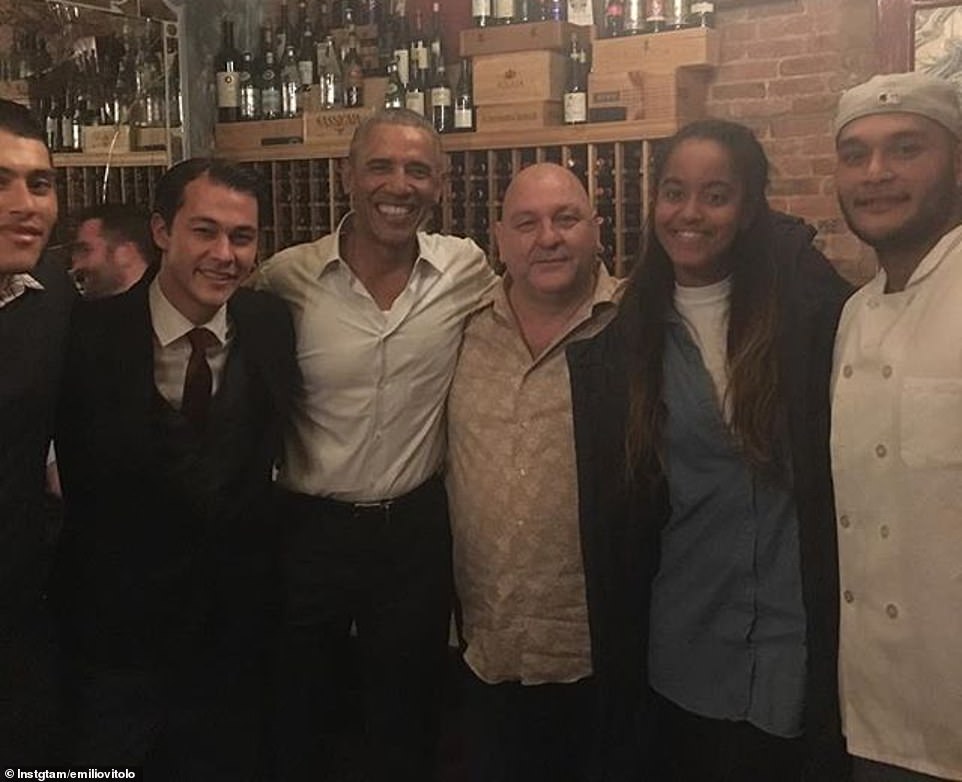 Vitolo Jr (second left) with his brothers and father, posing with former President Barack Obama and his daughter Malia 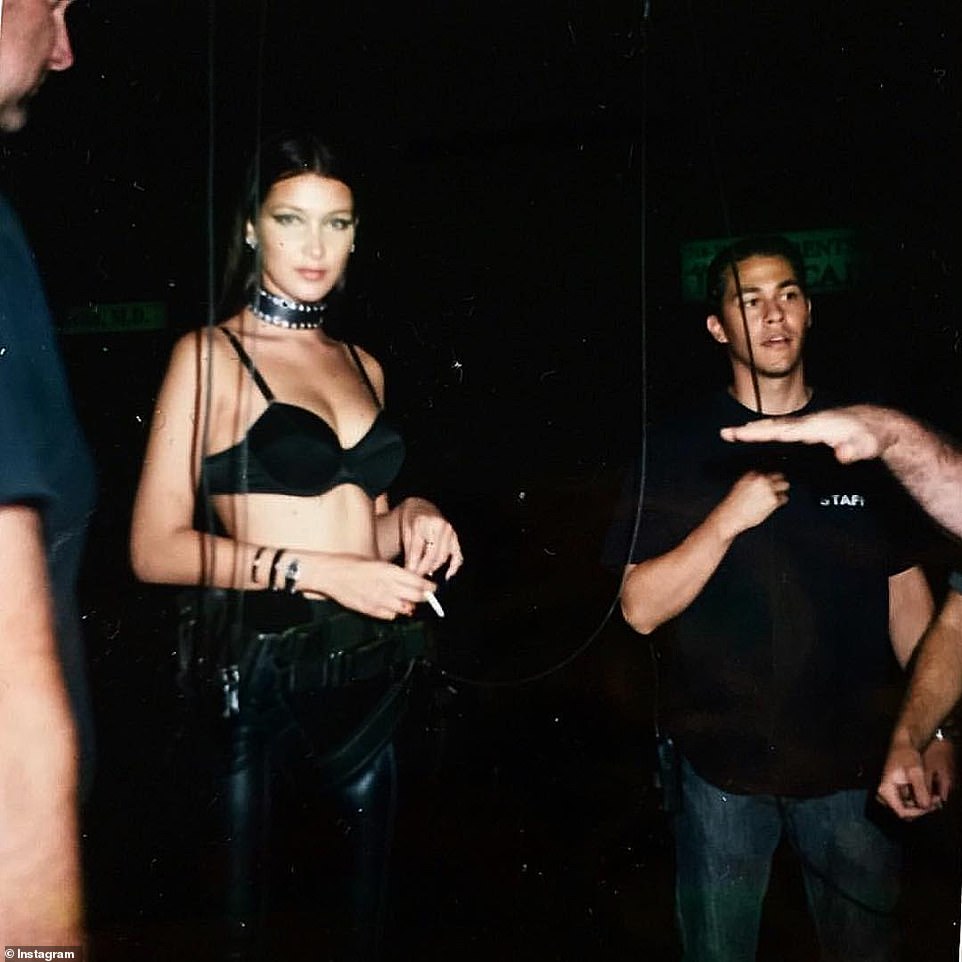 Vitolo with Bella Hadid on the set of In The Night, one of The Weeknd’s songs. Supermodel Hadid famously dated the musician 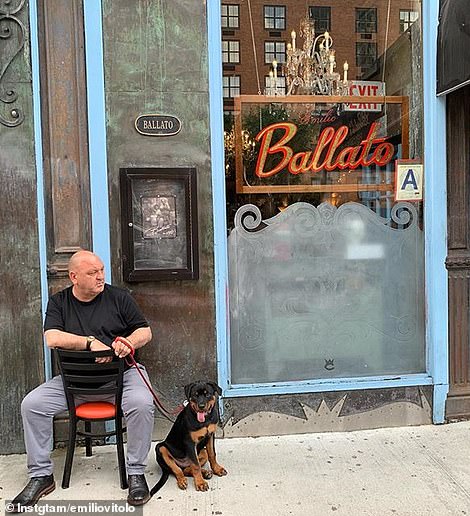 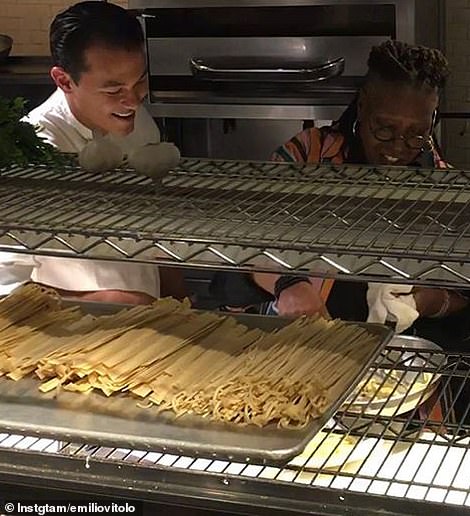 Vitolo’s father, Emilio Vitolo, is known to sit outside or at the front of his famous Nolita restaurant, quietly determining who gets a seat and in which order. The younger Vitolo is shown, right, with Whoopie Goldberg in the kitchen 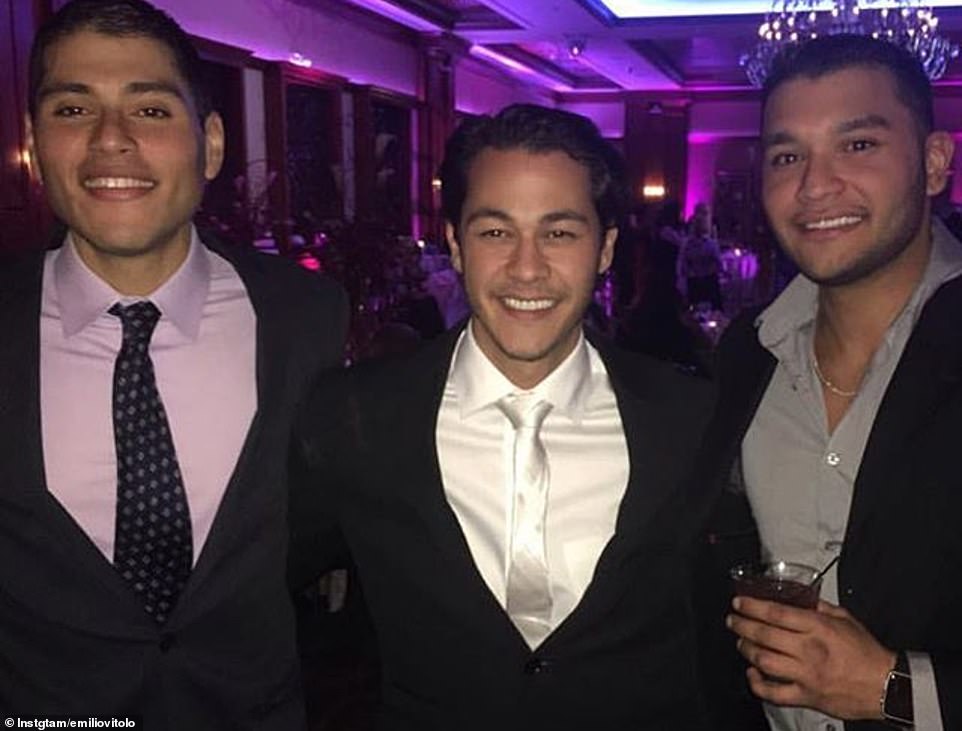 Vitolo Jr. with his brothers, Anthony, right, and their younger brother Mario, left 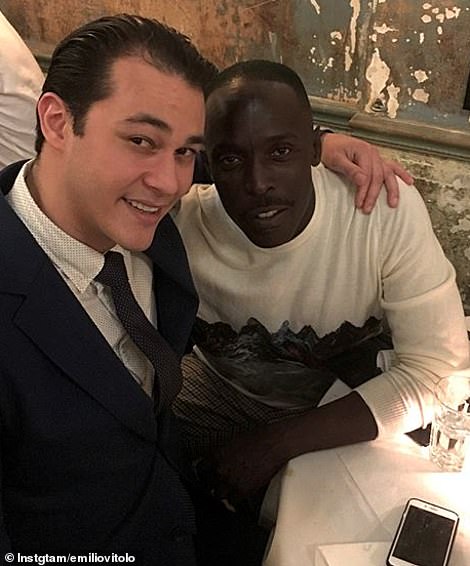 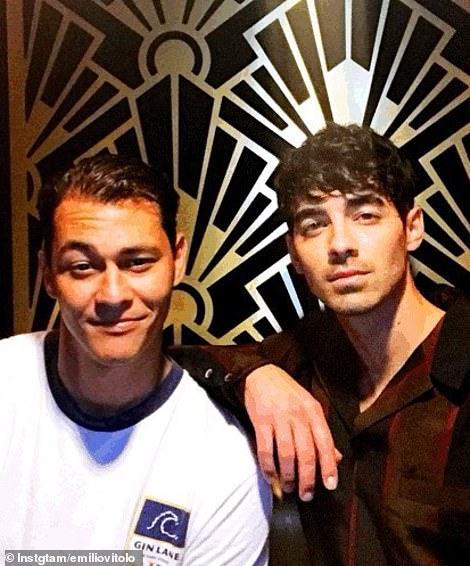 Vitolo Jr. with actor Michael K. Williams, left, and Joe Jonas, right, who he describes on social media as one of his best friends

Until July, he appeared in social media pictures with Rachel Emmons, a designer at Anna Rachel Studio.

Neither he nor Emmons responded to DailyMail.com’s inquiries on Tuesday morning and it’s unclear when their romance ended.

The family have a home in Wantagh, on Long Island, and they also live in various apartments around Manhattan.

He is one of three brothers; Anthony, 29, also works in the kitchen and is married. Little is known of the other brother.

Their father has watched over the restaurant since the early 1990s. He is adored by his famous clientele.

In an interview with The New York Times in 2011, Lenny Kravitz said of him: ‘He’s all love.

‘I used to live on Crosby Street, right around the corner, and there were nights when I was sick, and it was raining, and I was hungry, and the dude cooked me food and walked it over himself.’

Kravitz paid for a new awning for the restaurant out of gratitude. 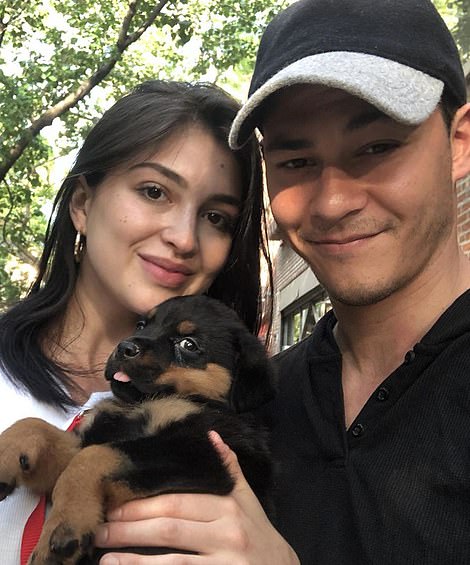 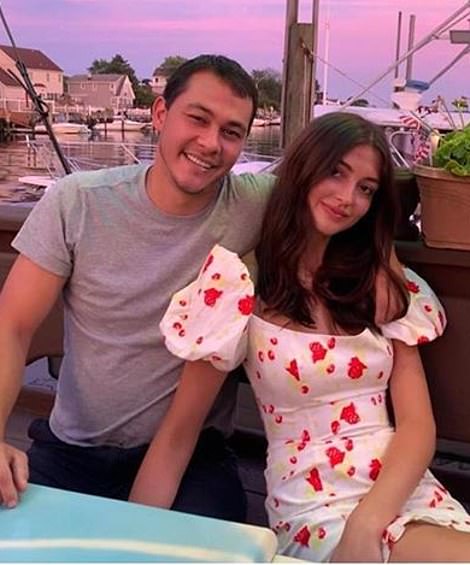 Until recently, Vitolo Jr. was dating fashion designer Rachel Emmons. They are shown, right, in an Instagram post from July 27, that was posted by one of their friends 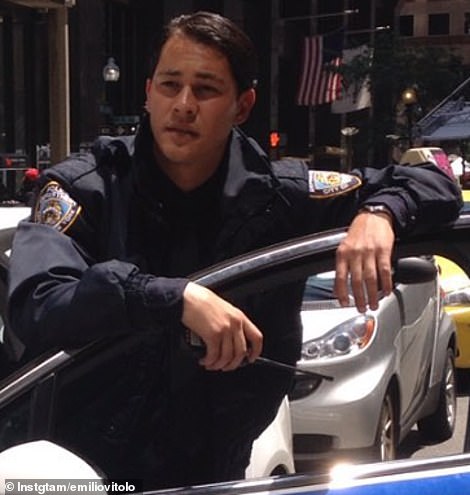 The 33-year-old has also tried his hand at acting

‘I swear to God. Lenny might come in with Denzel. It’s word of mouth,’ he told the Times.

There are no reservations and the restaurant does not even have its own website.

Recently, it has been among the thousands in New York City to offer outdoor dining.

Peasant, where the pair were spotted on Sunday night, is a stone’s throw from Vitolo’s family haunt.

He and Holmes first sparked rumors of romance when they were spotted on September 4 dining out. He had his arms wrapped around her.

Sunday night’s very public display of affection from the pair comes a year after her romance with Jamie Foxx came to an end.

She was famously married to actor Tom Cruise for six years before divorcing in 2012.

They have one child together: their daughter Suri, aged 14.