A MUM was left "broken" after paying £2,000 for a new roof only for the builder to vanish leaving it leaking "like Niagra Falls."

Support worker Marilyn Seed, 39, found the seemingly reputable tradesman through bark.com – a site claiming to find the "perfect professional" which she used for ease to juggle work with childcare. 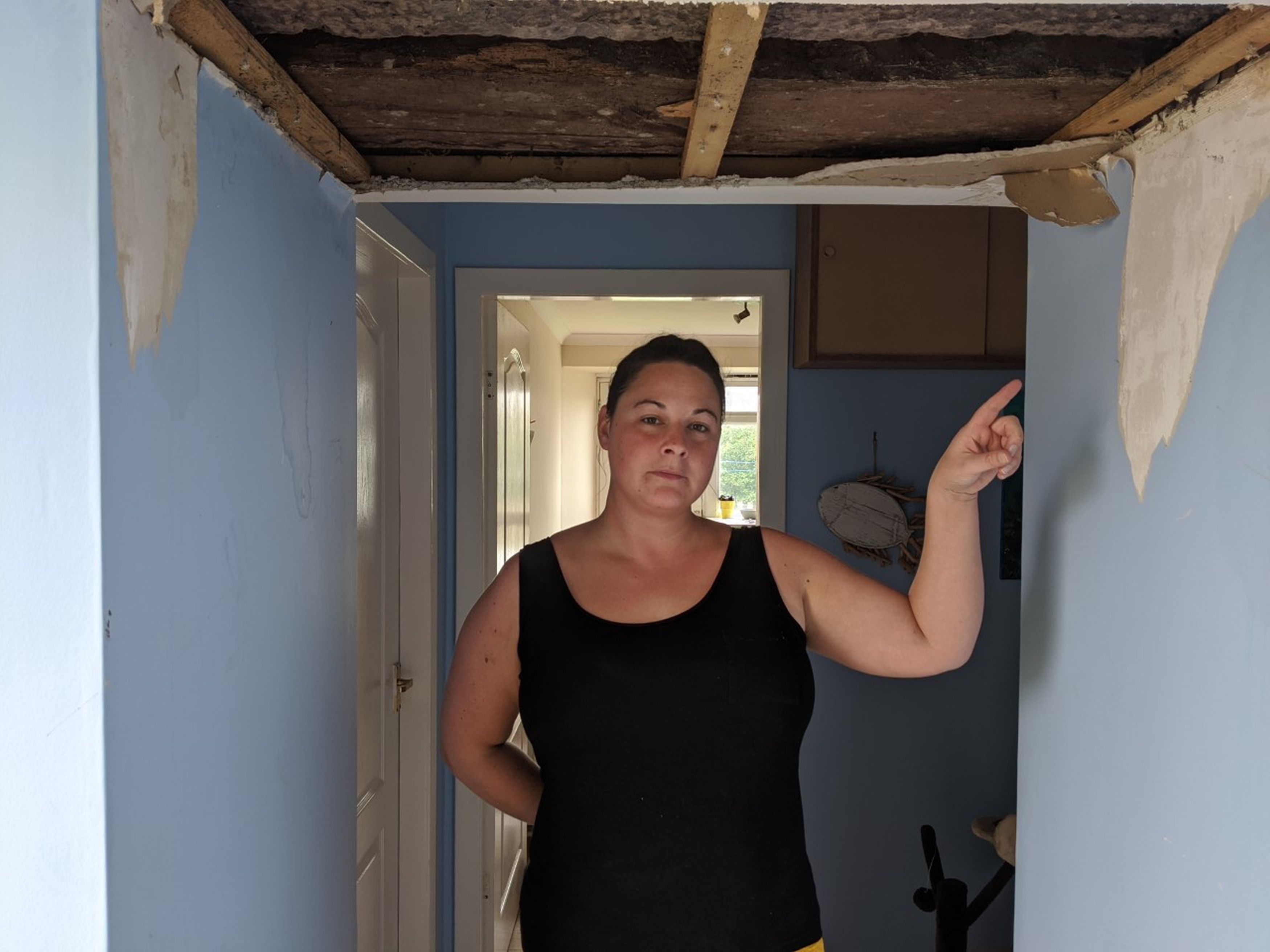 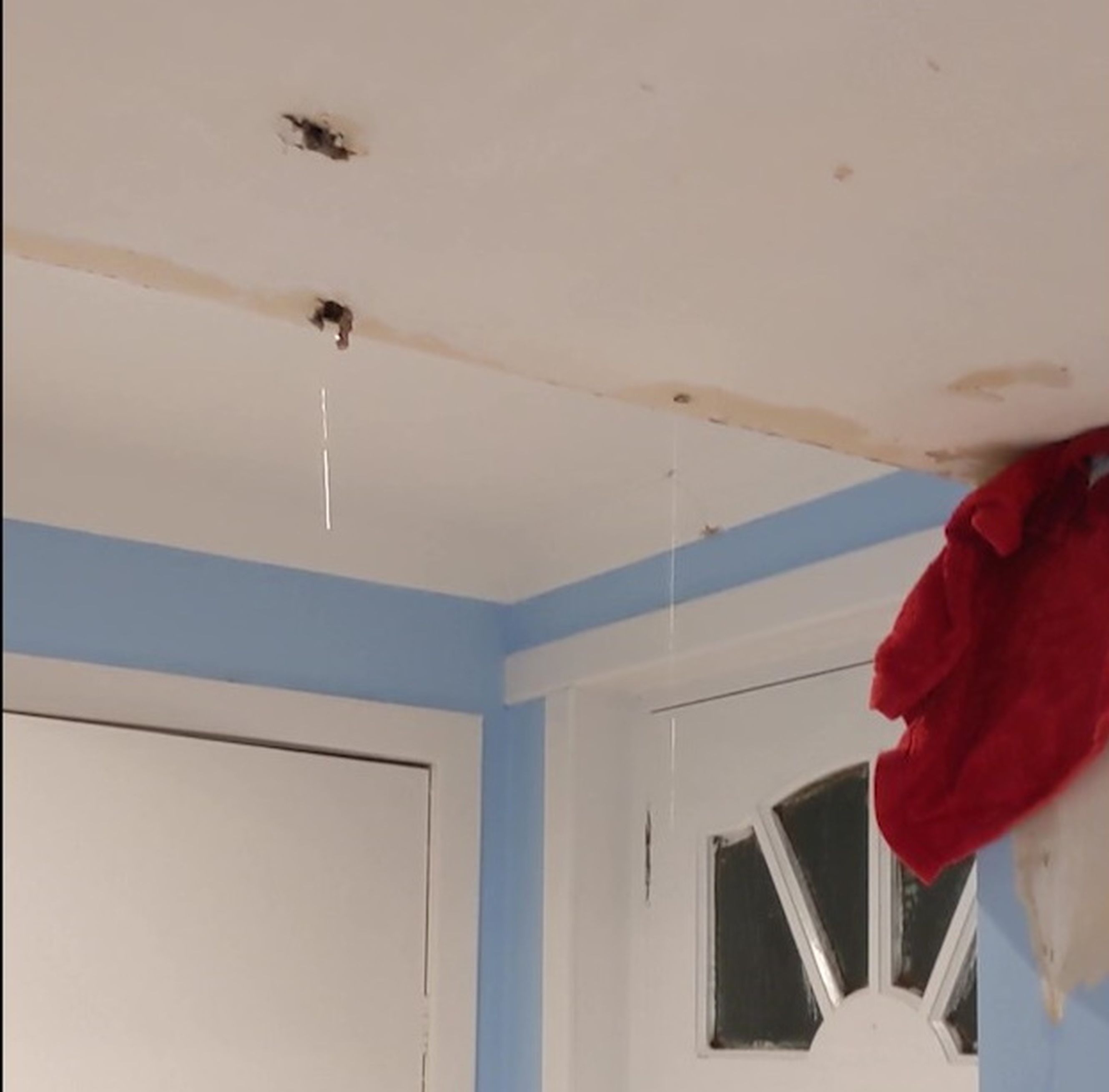 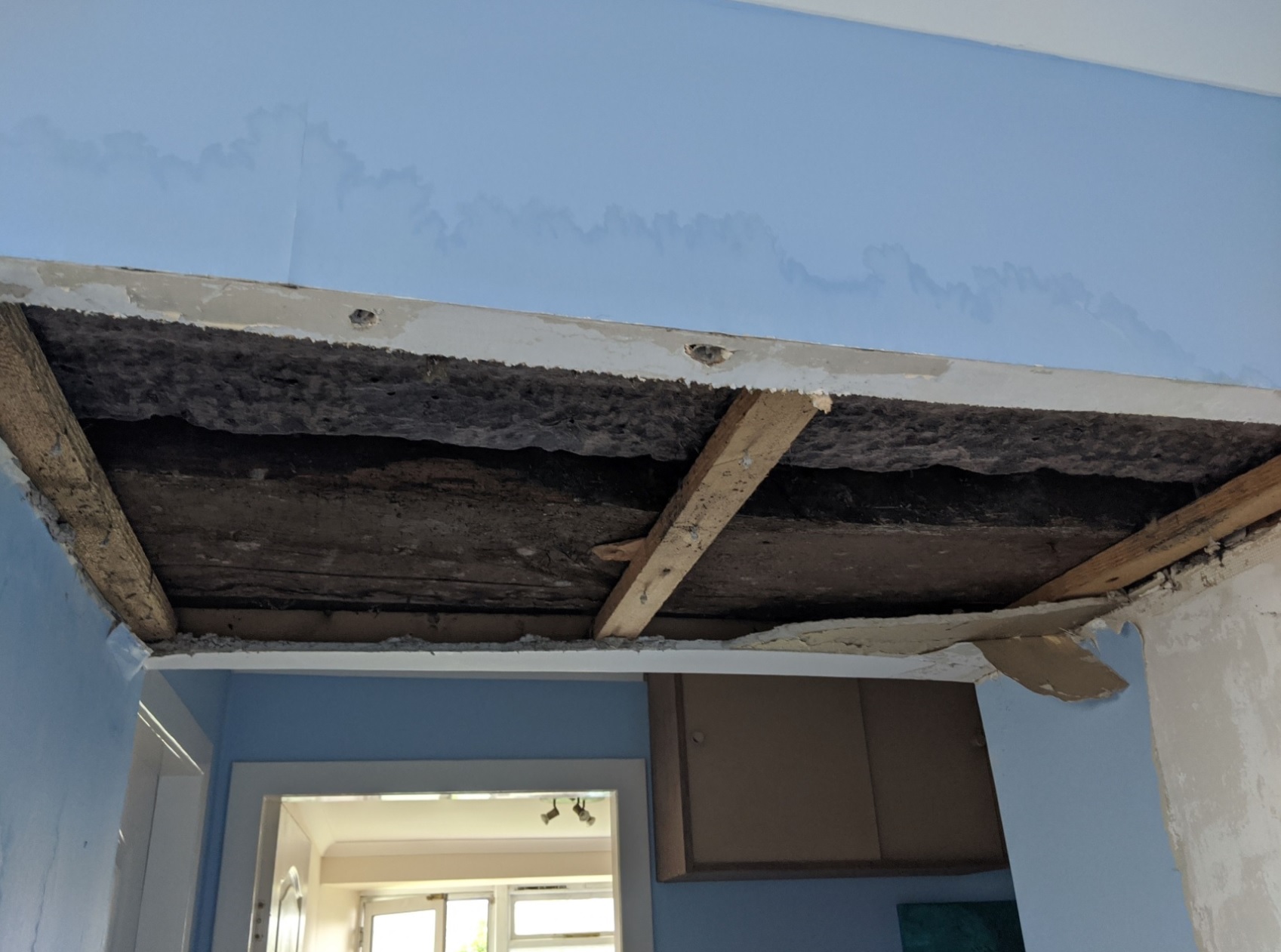 But days after completing the work in mid-July, the tradesman, Hugh, took her money and vanished while torrential rain left Marilyn with sodden walls, wallpaper hanging off and water coming in from the roof.

Hugh claimed to be from a upstanding company but it soon turned out he had nothing to do with it but used its name and logo, and the distraught mum-of-one has not been able to get in touch with him since.

Marilyn, from Auchterarder, Perth, said: "I actually feel quite broken. I've not been able to get hold of this guy at all.

"I've been working throughout this entire COVID thing. I've had no help for childcare, nothing.

"He has now disappeared off into the world and I've no idea who [else] he's doing it to."

Footage shows how her attempt to block the leak with towels has failed as  water drops from the ceiling in continuous drips from multiple spots – causing thousands of pounds worth of damage.

She tried emailing and texting Hugh on the Wednesday when the water staining began, and all day every day through until Sunday but she heard nothing.

On the Friday she said "it sounded it down with rain so badly" and that "it was like Niagara Falls."

Marilyn borrowed the money off her 92-year-old granddad but she estimated the botched job could cost £3,000 to repair.

Her 10-year-old son has not been able to sleep in his bedroom since because they fear water could be coming over it and threatening to collapse the ceiling.

I actually feel quite broken. I've not been able to get hold of this guy at all.

She had been saving up and already spent more than £1,000 on the hallway, which she said is now "an absolute write-off" as she will need to get new walls and a new ceiling.

Family and friends have offered help with repair, and one builder pal managed to put in a trough on Saturday.

Bark.com gave her a different number for him and she called him up but denied any knowledge of the work.

"He just said 'nah, I don't know what you're talking about. I'm not a builder," Marylyn said.

"He had the same accent and I said 'I find that a bit strange', then he just replied 'it's not me. I don't know what you're talking about'.

"Bark.com tried to phone him and said 'is this [the company name he had given]?' He said 'no, I'm not a builder. I don't know what you're talking about'."

The money she paid also went into an account under the name of another company, which he claimed was his other company.

But Bark.com refused any responsibility for the ordeal, she claimed, and even told her that punters should view them "almost like a yellow pages."

To her horror, she discovered a weak vetting process on Bark.com as she claimed they did not have his company number.

The site works by letting traders contact her in response to an advert, so when she received a text from Hugh on July 8 she agreed for him to come and give a quote.

Marilyn said: "I work in care and I've been working through this entire thing so I didn't have time to go around looking for builders.

"I was contacted by several others [but] he came out and gave me a quote and I decided to go with him.

"I was having to borrow the money off my 92-year-old granddad to get the roof done and thought 'I'm going to go with the one I think is going to be the best'.

"I was getting an entire new flat roof put on my extension. It was leaking slightly in the bathroom.

"I know winter's coming and I live in Scotland so I thought I'd get it done now while it's the height of summer."

Now, following the experience, she is urging others to stay local when they look for traders.

She said: "Use people that you know or you've had recommendations for because they're not going to s**t on their own doorstep." 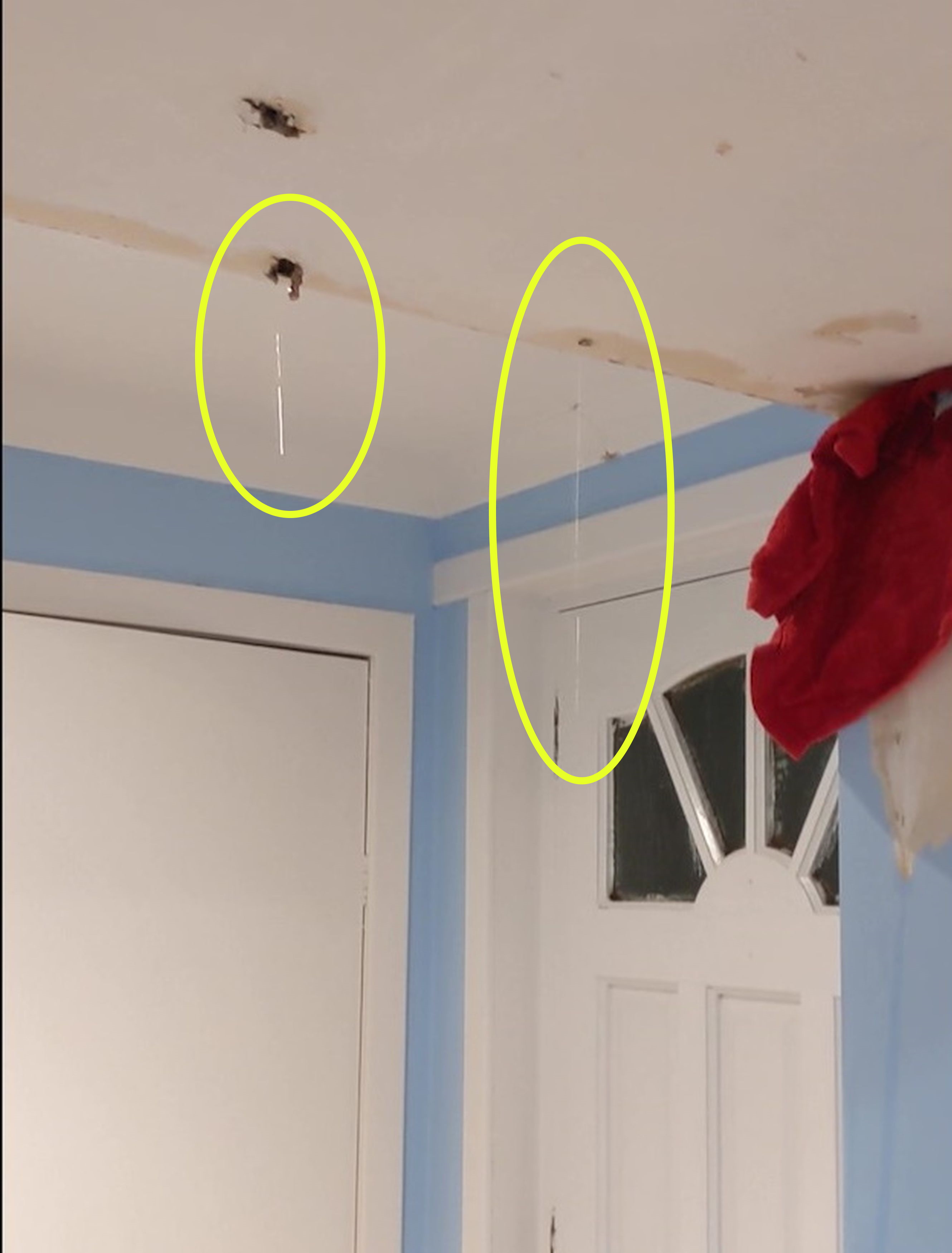 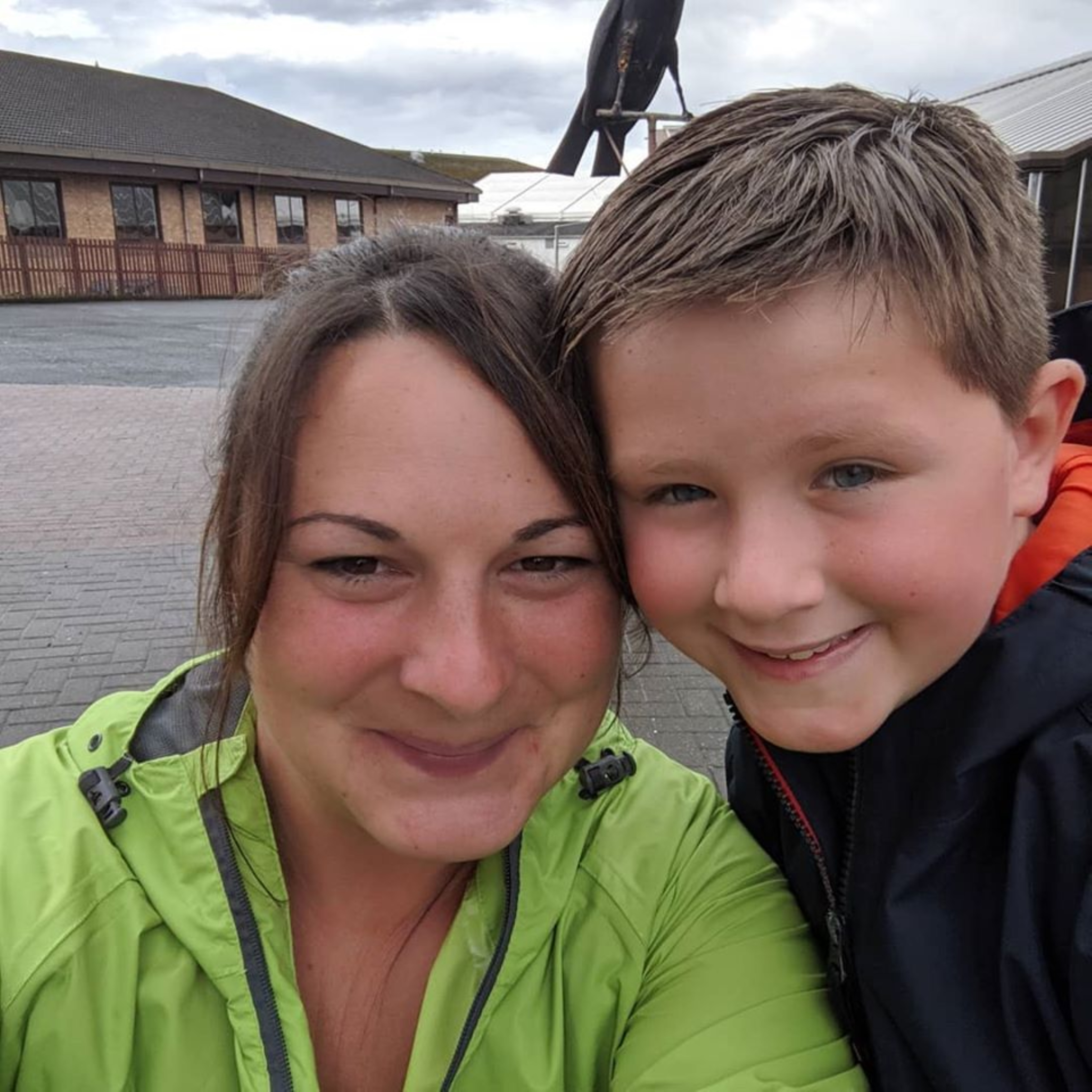