TRIGGER-happy Kim Jong-un celebrated his 37th birthday by unveiling a wishlist of new nuclear weapons in a chilling warning to Joe Biden. 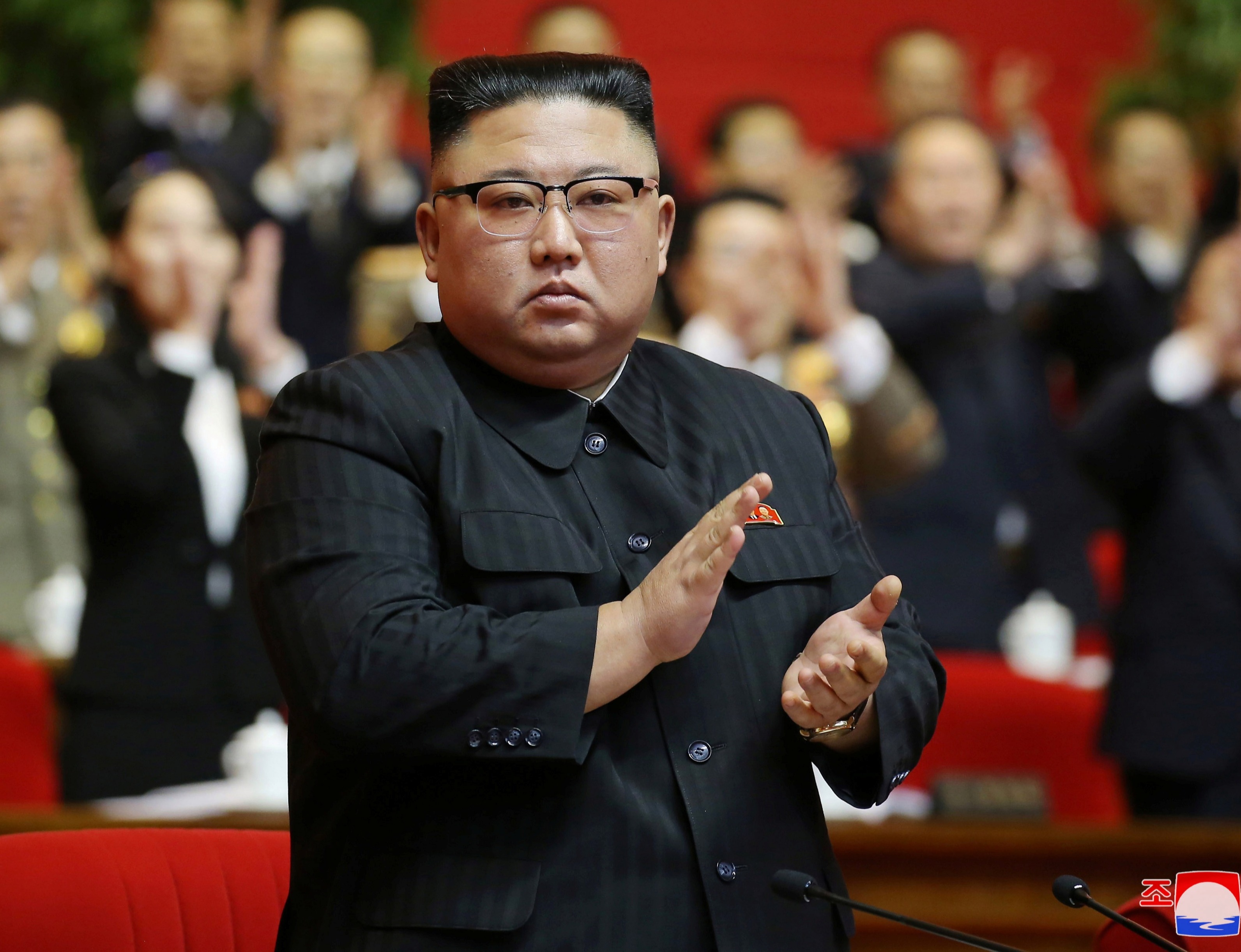 The chilling announcement is being seen as a stark challenge to the incoming president just days before he takes over at the White House.

Kim's massive military boost was revealed during one of the biggest political events held in North Korea in recent years.

And regional observers believe the timing of the announcement is unlikely to be a coincidence.

"Kim's announcements no doubt are meant to emphasise to the incoming US administration that a failure to take quick action will result in North Korea qualitatively advancing its capabilities," said Ankit Panda, author of 'Kim Jong-un and the Bomb'.

"I think the president-elect should take that at face value and, as soon as possible, clarify his perspective on what objectives his administration will seek in potential negotiations with North Korea. 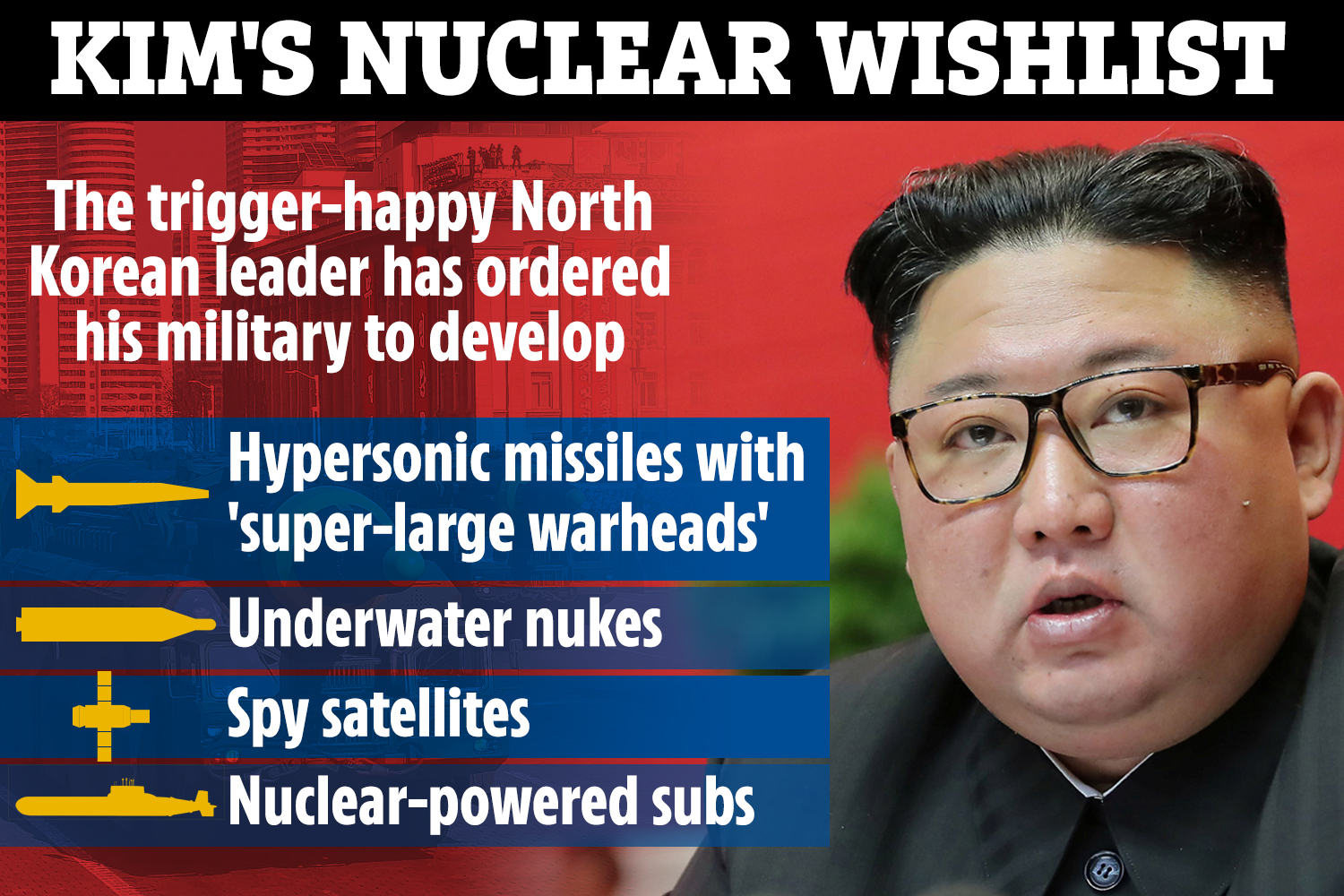 "If Kim sees no shift from the traditional US emphasis on comprehensive and total nuclear disarmament before any sanctions can be eased, I'd think he'll simply push ahead with testing and other activities," he told the BBC.

Kim revealed his military ambitions at the 8th Congress of the Workers' Party in Pyongyang at the weekend.

"Our foreign political activities should be focused and redirected on subduing the U.S., our biggest enemy and main obstacle to our innovated development," he said.

"No matter who is in power in the U.S., the true nature of the U.S. and its fundamental policies towards North Korea never change," he added as he vowed to expand ties with "anti-imperialist, independent forces."

North Korea would not "misuse" its nukes, Kim promised but he said the country is expanding its nuclear arsenal, including "preemptive" and "retaliatory" strike capabilities.

The rogue state is now preparing for the test and production of various new weapons, including a "multi-warhead rocket" and "supersonic gliding flight warheads for new type ballistic rockets", he revealed.

His claims came just days after the Sun Online told how it was reported his military is currently developing 4,000 MPH hypersonic nuke missiles to blitz through America’s defences. 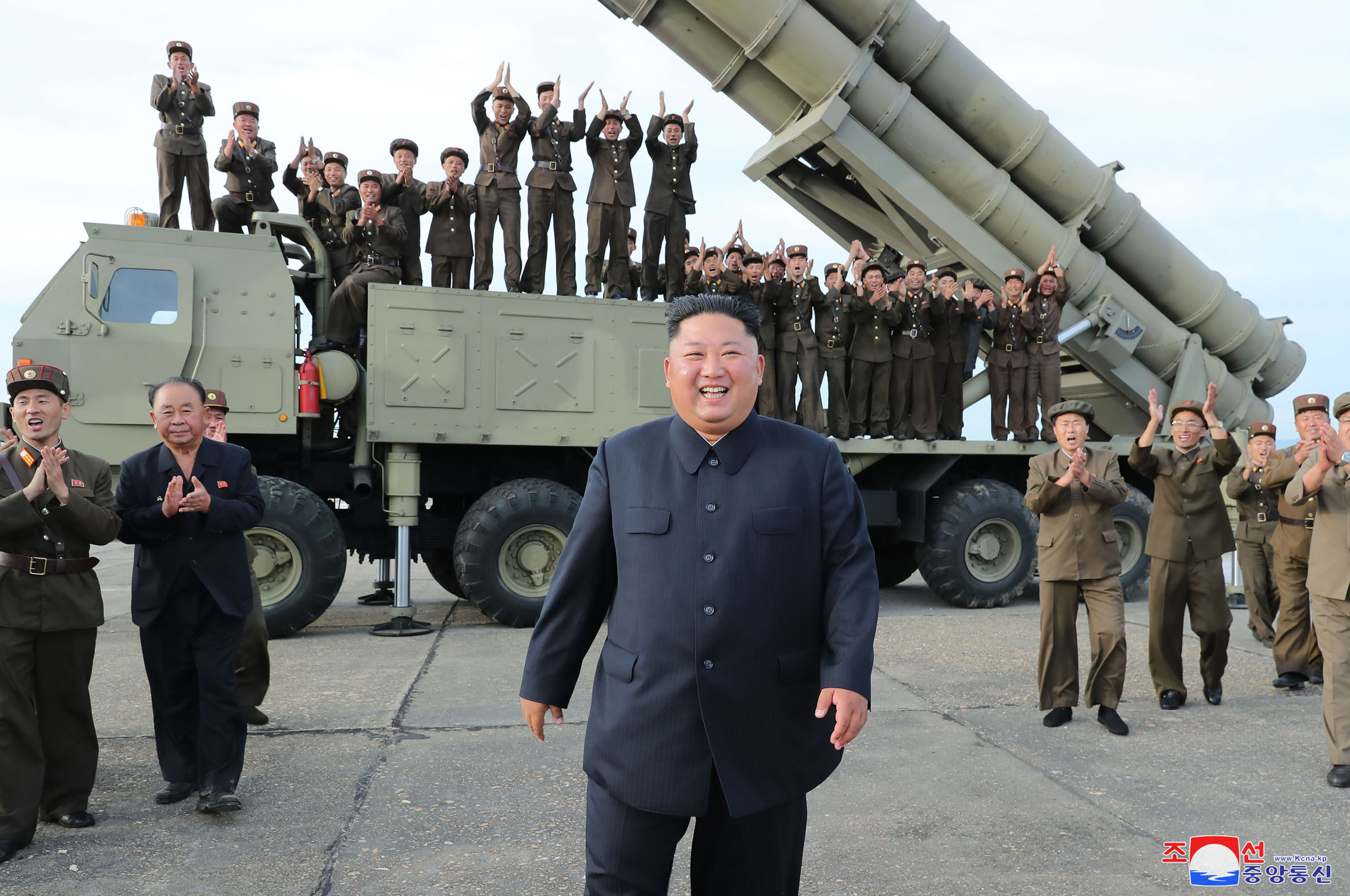 "He is saying thats basically what Washington will see going forward, which could escalate tension or open doors for talks."

There was no immediate comment on Kim's speech from the U.S. State Department and a spokesman for the Biden campaign declined to comment, reported Reuters.

However, Biden, who was vice president under President Barack Obama, called Kim a "thug" during his election campaign and in 2019 North Korea called Biden a "rabid dog" that needed to be "beaten to death with a stick."

Kim had three unprecedented meetings with President Donald Trump and the two infamously corresponded in a series of letters, but those efforts failed to lead to a denuclearisation deal.

Biden said in October that he would meet Kim only on the condition that North Korea agreed to cut back its nuclear capacity.

Besides U.S. and defence policy, Kim spoke at greater length on proposals for a five-year economic plan due to be announced at the congress, which he said would continue a focus on building an independent economy.

"The basic seeds and themes of the new five-year economic development plan are still self-reliance and self-sufficiency," he said.

The congress took steps toward "strengthening the united guidance and strategic management of the state over the economic work."

North Korea faces growing crises caused by international sanctions over its nuclear programme, as well as self-imposed lockdowns to prevent a coronavirus outbreak.