Autopsy report on Kobe Bryant helicopter crash victims reveals pilot had no drugs or alcohol in his system, victims were killed instantly and Gianna’s basketball shirt was found at scene

The Los Angeles County coroner’s office has released the autopsy reports Kobe Bryant, his 13-year-old daughter Gianna and seven others who were killed in a California helicopter crash in January.

Bryant was headed to his daughter’s basketball tournament at his Mamba Sports Academy in Thousand Oaks, California, on the morning of January 26, when the accident occurred 39 minutes after takeoff.

The victims were killed ‘rapidly if not instantly’ when the helicopter slammed into a hillside, according to autopsies released Friday. Their causes of deaths were listed as blunt trauma.

According to the coroner’s report, Ara Zobayan – the pilot – did not have alcohol or drugs in his system. 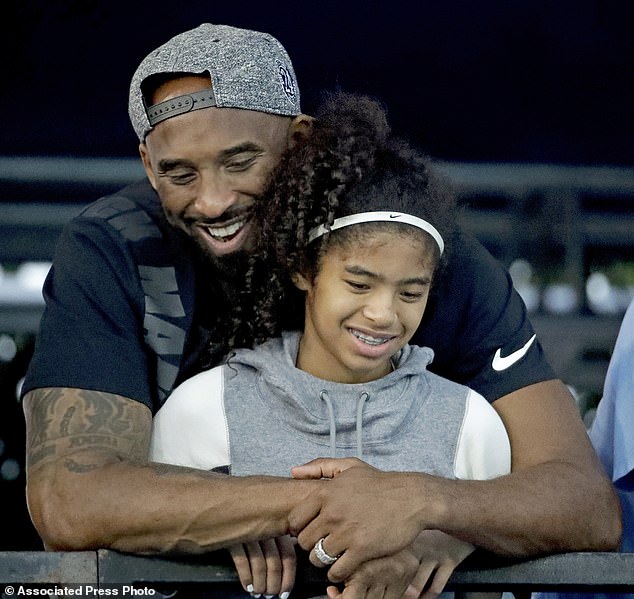 The Los Angels County Coroner’s office released autopsy findings from the Kobe Bryant helicopter crash Friday. Kobe and his daughter, Gianna (pictured together in 2018), were among the victims of the fatal accident 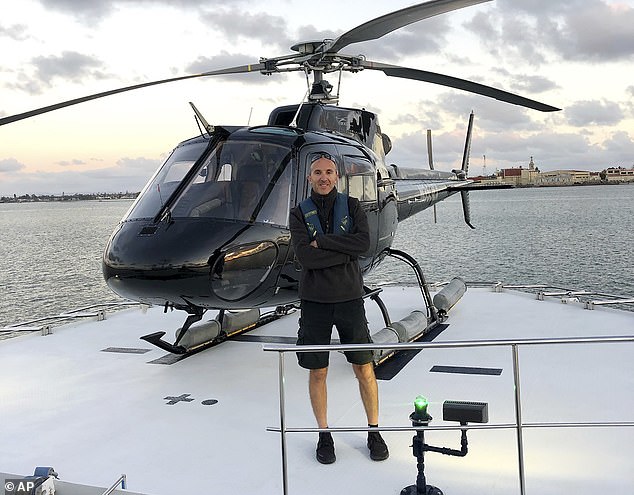 The reports by the Los Angeles County coroner´s office provide a clinical but unvarnished look at just how brutal the crash was, describing broken bones, dismembered body parts and a stench of fuel on what remained of clothing that burned.

The full report is 180 pages long, with 17 pages covering Kobe. It describes injuries to almost his entire body.

The report for Gianna noted that a basketball shirt which carried her number 2 on the back was found at the scene. 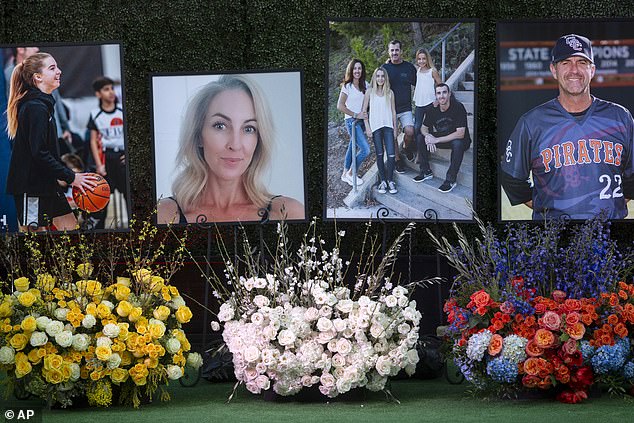 Among the crash victims were three members of the Altobelli family (left to right): Alyssa, 13, mom Keri, 43, and husband and coach John Altobelli, 56

Among the drugs the pilot was tested for were benzodiazepines, cocaine, fentanyl, heroin, marijuana, opioids, phencyclidine and amphetamines, according to the autopsy report obtained by DailyMail.com.

The report on Bryant revealed the only drug in his system was methylphenidate, which is sold under the brand name Ritalin and used to treat attention deficit hyperactivity disorder and narcolepsy. 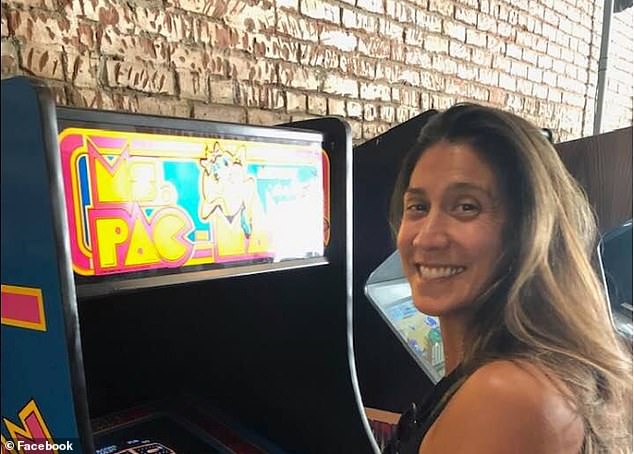 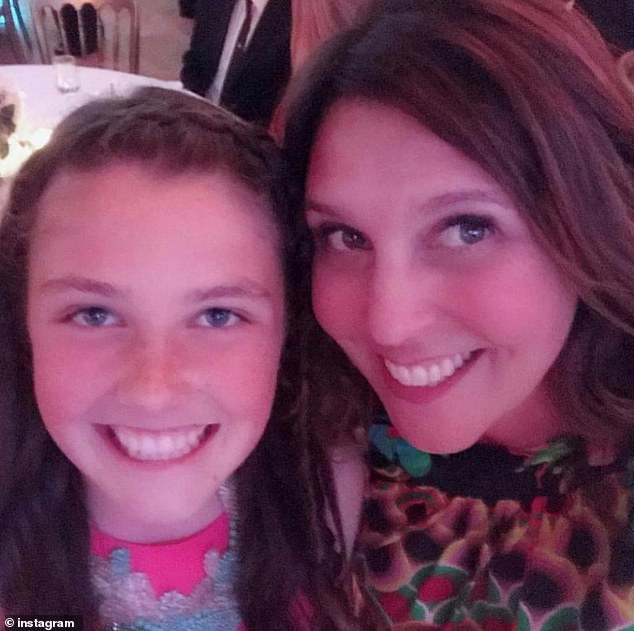 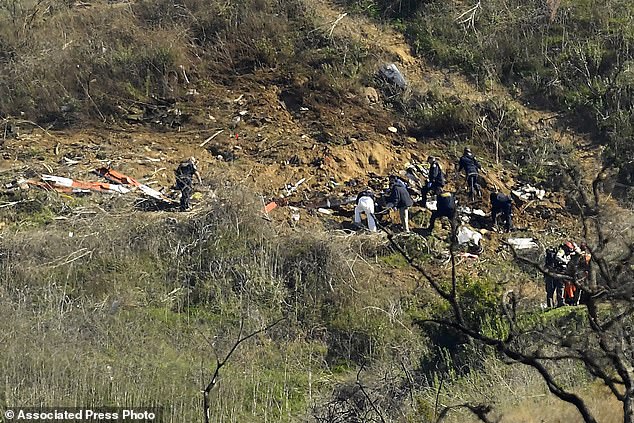 Investigators are seen on January 27, 2020, working the scene of the helicopter crash

The crash occurred when the helicopter flew into fog. Zobayan climbed sharply to try to get above the clouds, turned left and plunged into a hillside.

The NTSB released a preliminary report in February, which suggested that the pilot came very close to navigating the unfavorable weather conditions and steering the helicopter out the other side to safety.

It stated the aircraft was only 100 feet away from exiting the heavy cloud and emerging into better visibility.

However, instead of holding off for the short time and continuing to increase altitude, Zobayan appears to have attempted a maneuver moving the aircraft up and forward to quickly clear the clouds, reported aviation expert Mike Sagely.

‘When he went into the clouds, he had a full on emergency,’ Sagely said.

The pilot then likely made a fatal left turn, sending the aircraft hurtling into the steep terrain at more than 180 mph. 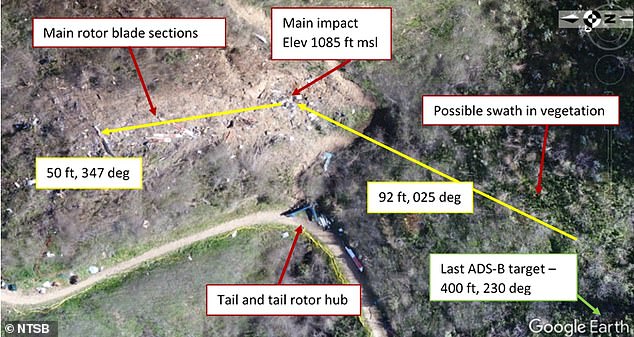 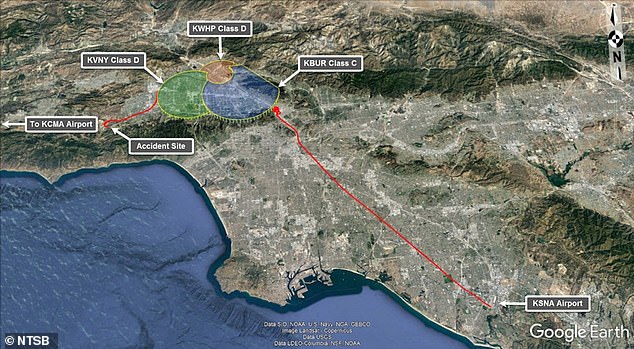 The route that the Helicopter took before it crashed

Sagely said that turning during the pop-up maneuver is ‘catastrophic . . . 80 to 90 percent of the time.’

The report also details the helicopter pilot’s contacts with air traffic control in the lead up to the crash, which support these findings.

The pilot had flown under special conditions lower to the ground while it navigated bad weather, but appeared to be climbing immediately before the crash.

The report states: ‘The SCT controller then asked the pilot his intentions, to which he replied he was climbing to 4,000 feet. There were no further transmissions.’

It notes that the helicopter climbed to 1,500 feet above the highway, before beginning a left turn towards its destination.

Investigators stated that the helicopter did not show any signs of engine failure.

They believe that since a tree branch at the crash site was cut, it appears the engines were working and rotors turning at the time of impact.