FURIOUS locals have accused the Government of turning Leicester into a lockdown 'guinea pig'.

Shoppers, businesses and residents rallied against Health Secretary Matt Hancock for forcing parts of the city to remain closed for at least another two weeks after a spike in Covid-19 cases. 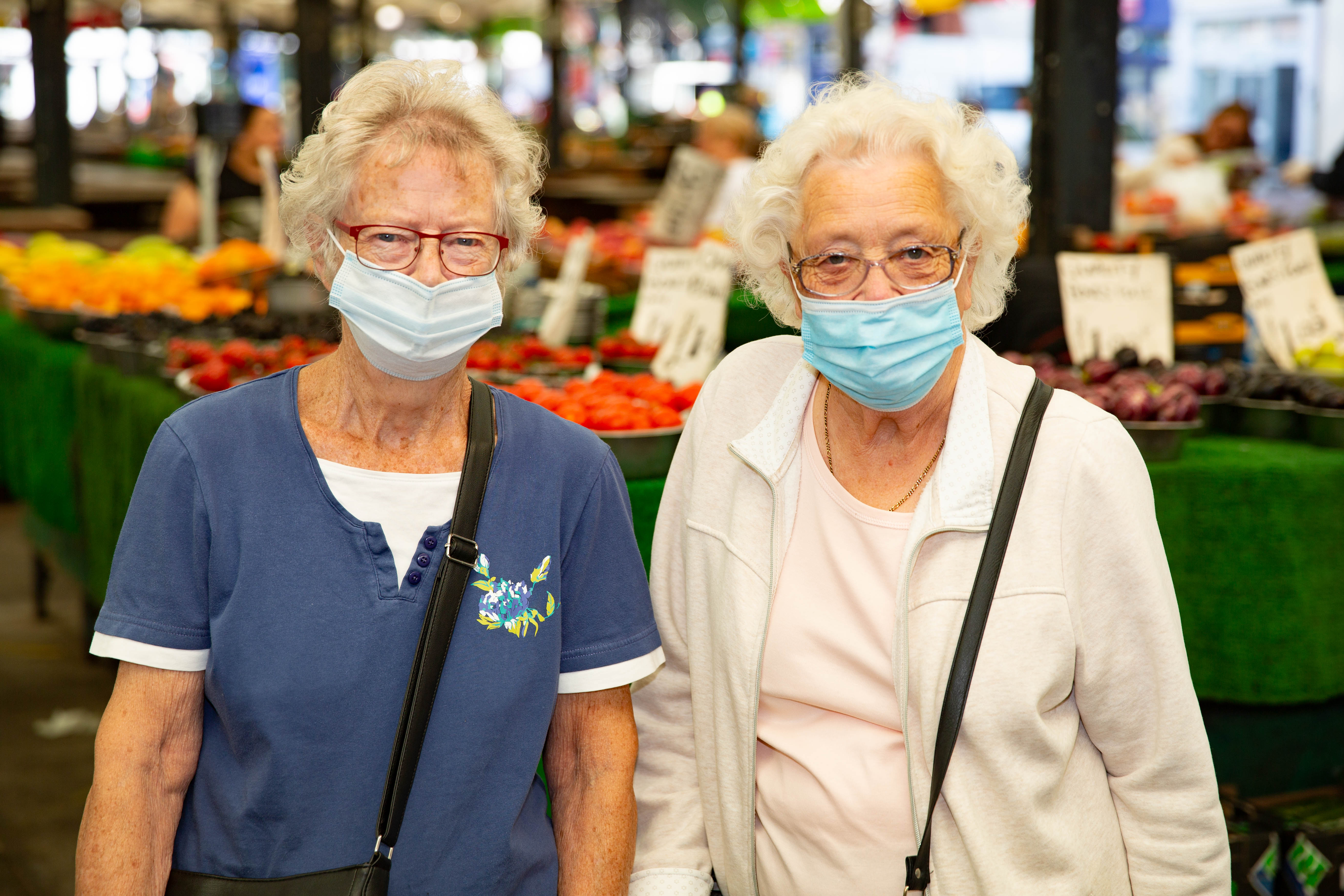 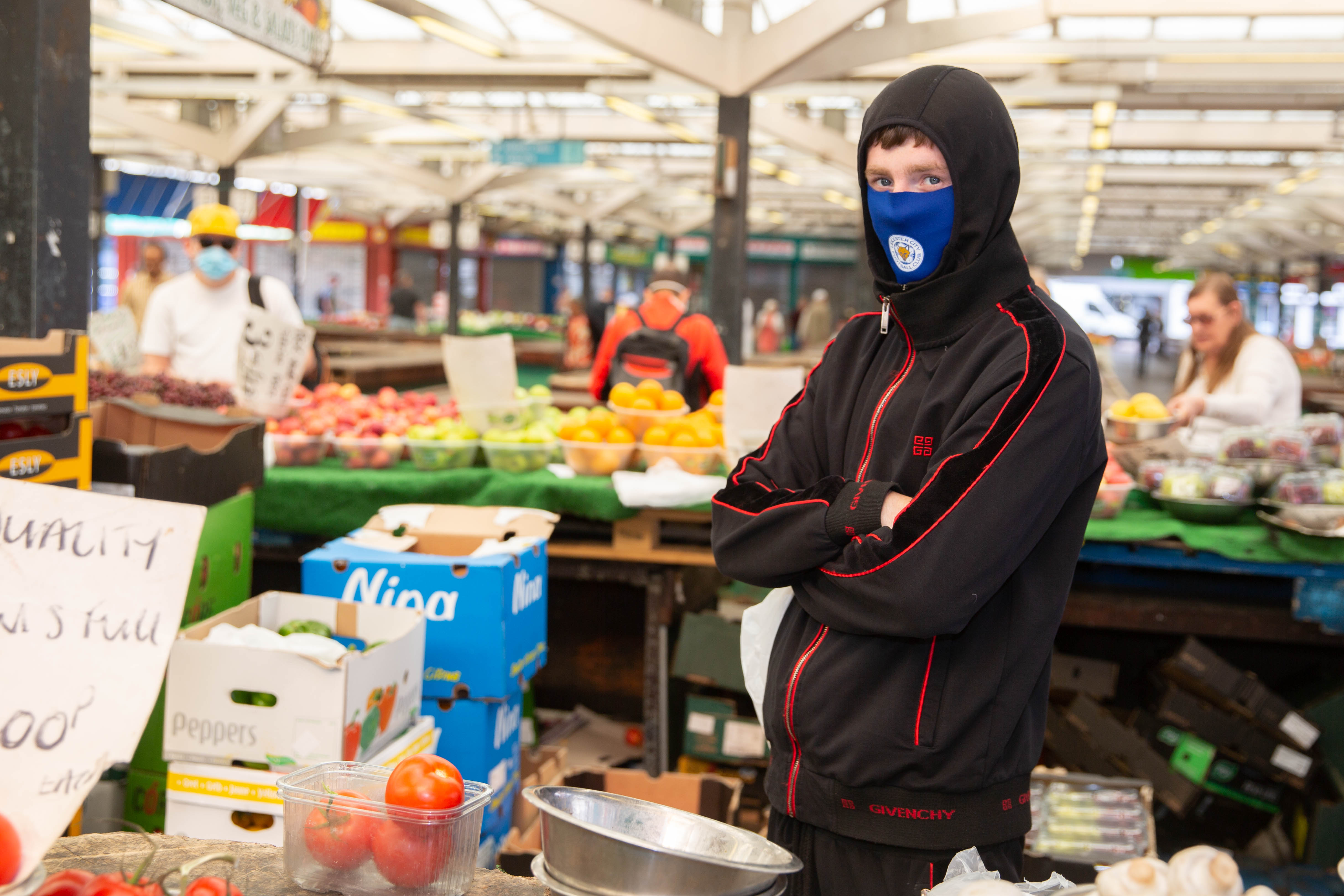 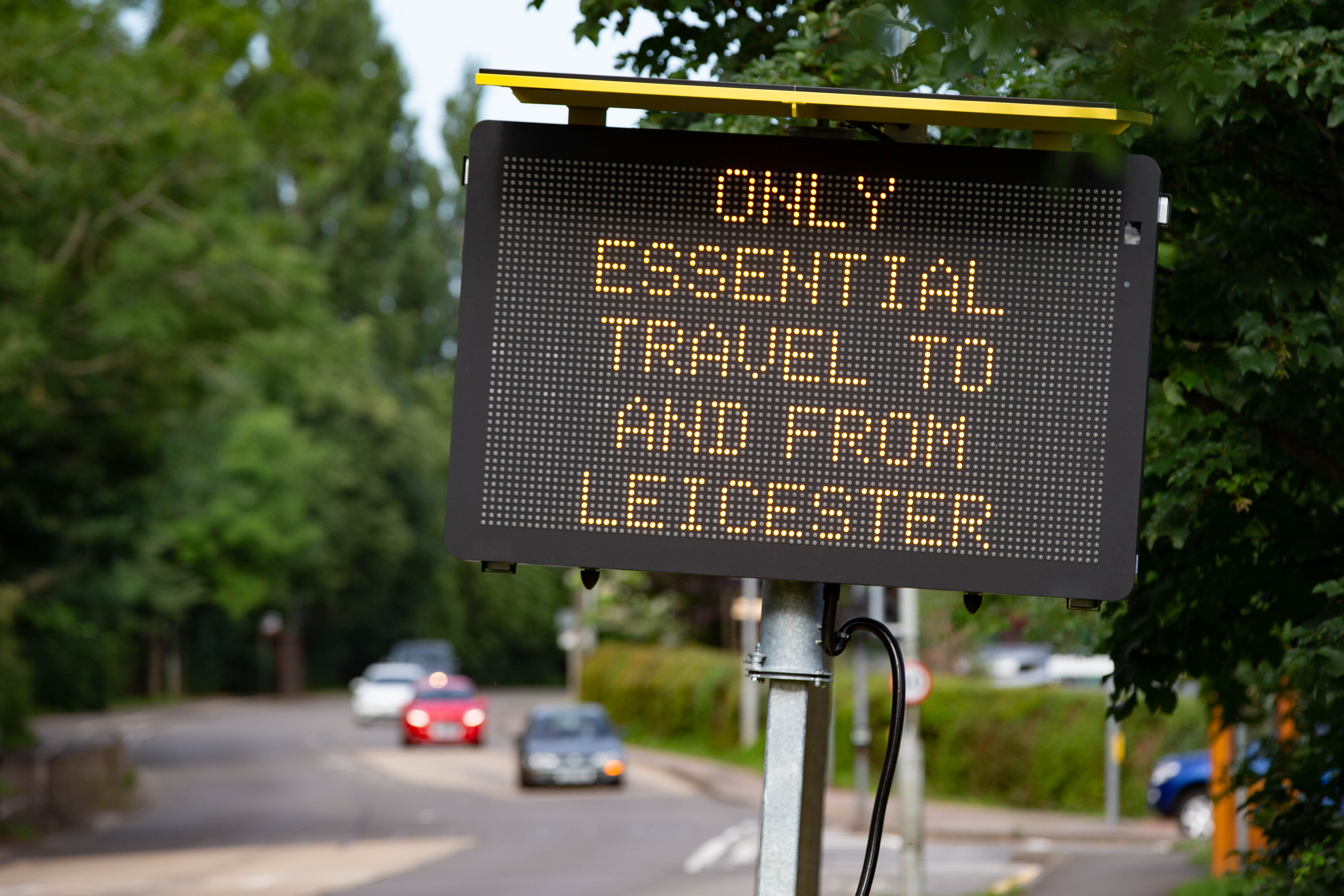 Bars, restaurants, hairdressers and non-essential shops in the protected area of Leicester City and the borough of Oadby and Wigston will remain shut for at least another week.

Schools will also remain closed in the protected zone.

But some restrictions outside the protected zone are being lifted from today with non essential shops, bars, restaurants and hairdressers in those areas permitted to open.

Market fruit and veg trader Daniel O’Shea, who is allowed to stay open as an essential food business, fumed at the continued restrictions: ’It’s rubbish. What the hell’s the Government playing at?

"It’s costing ordinary hard grafters like me our livelihood.  I’m losing so much money, no one’s coming into the centre because most of the shops are closed. It’s like a ghost town."

Daniel, 18, echoing the sentiments of his few fellow traders and customers, added: "Why has the Government shut down Leicester again but left London and Birmingham wide open? It’s very unfair and many businesses will be forced to close for good."

Shopper Betty Power, 87, from Braunstone Town said: "We have nothing to look forward to any more. Leicester’s served it’s time and it’s about time it fully reopened.

"You have to rely on the Government for knowing what’s best and if they say it’s still bad it’s bad but it seems unkind. I think Leicester is being made a guinea pig."

Her pal Jean Storer, 84, shopping at the market for fresh strawberries to make jam, said: ‘We miss all the shops being open and the cafe where a group of us always used to get together every Friday.  This lockdown lark has being going on far too long and Leicester has been unfairly picked on.

"It’s very lonely and tedious especially for the elderly and every day is just the same. We’ve come on the bus for a trip to town and a walk around but it’s dead here!"

Sir Peter said he shared the anger and frustration of locals and that the Government had taken a "sledgehammer approach" to the localised lockdown.

Estate agent Katie Garratt said: "I’m coming into work but clients are still banned from the showroom so we are getting no walk in trade. It’s crazy became there’s so much interest now stamp duty has been made exempt on some more affordable priced properties.

"We can only give potential buyers virtual viewings and they can’t look around any houses in Leicester."

Katie from Dunton Bassett, Leics, who works on lettings at the city’s normally buzzing James Sellicks, said: "It is a very strange and weird time and although they say Leicester had more Covid cases than anywhere else in the country we are being unjustly treated."

Miriam Gorse, front desk manager of the city’s popular Mercure Hotel, which has remained closed since the very start of the national lockdown, has mixed emotions after the death of her uncle from the killer bug.

Miriam told The Sun Online: "I can see it from both prospectives after losing my uncle to coronavirus aged 67. I do think some of the population in Leicester hasn’t been adhering to social distancing and the Health Secretary has a duty to help protect local people.

"But the lockdown has been dragging on and will damage a lot of small and independent traders.

"We had been expecting to open three weeks ago but it still hasn’t happened. There are many frustrated members of staff who are keen to come back to work we understand the safety and welfare of people has to come first so we are playing it by ear."

The backlash comes as Rochdale joined Blackburn in bringing in five new coronavirus rules in a desperate bid to avoid a Leicester-style lockdown.

The borough in Greater Manchester, which has a population of more than 220,000, has introduced strict measures after recording one of the highest rates of infection in England.

Mr Hancock said testing had doubled in Leicester, but stressed it was too soon to lift all the "vital" measures to control the virus.

And he stressed that a more targeted local area would now be the focus of the local lockdown.

The rules will only apply to Oadby and Wigston area of Leicestershire from next Friday – as well as the city of Leicester itself. 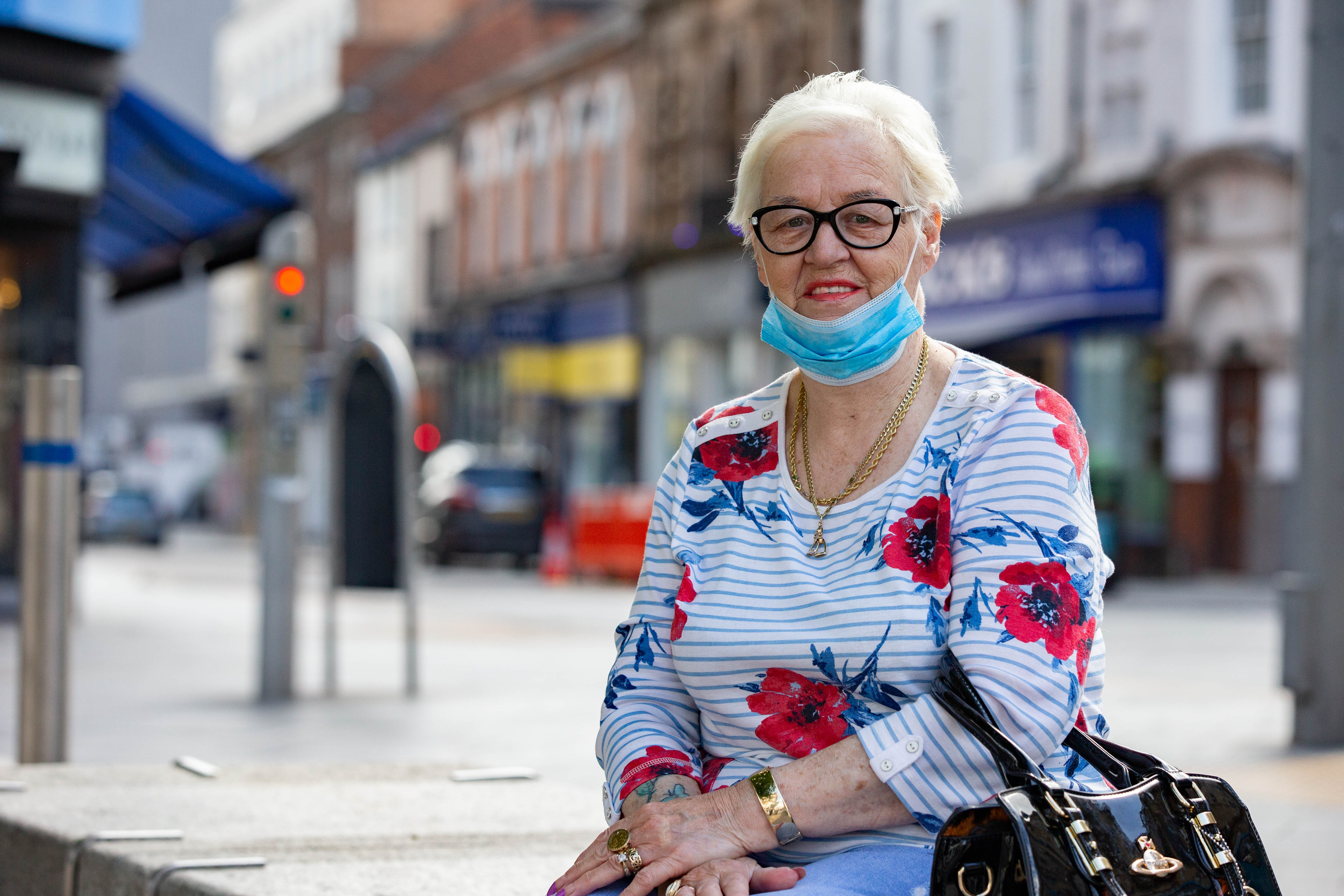 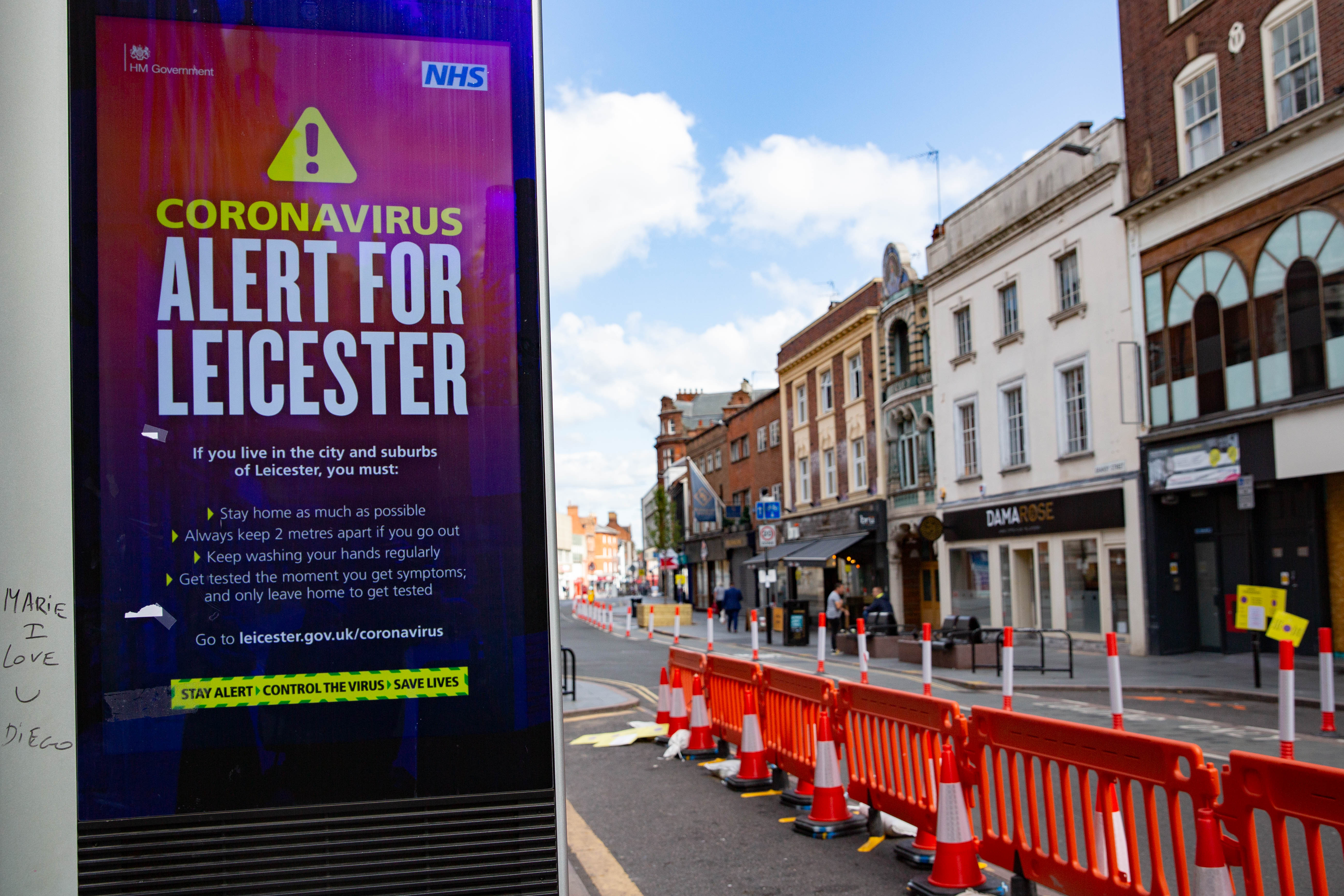