A prolific traffic warden handed out an average of £10,000 in parking fines every month, figures reveal.

The parking enforcement officer dished out more than £180,000 in fines over 18 months.

The figures come from a Freedom of Information request to Leicester City Council who confirmed the individual racked up a huge amount of fines between April last year and the end of September.

An average of 5,904 penalty charge notices were issued across the city each month between April 2018 and the end of March, the Leicester Mercury reports. 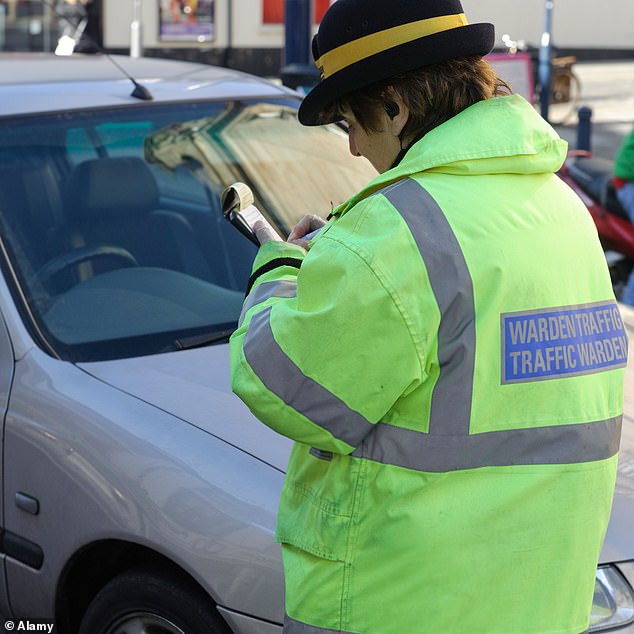 An anonymous parking enforcement officer in Leicester dished out more than £180,000 in fines over 18 months, according to figures from a Freedom of Information request (file photo)

But these dropped off when the first national lockdown was put in place earlier this year.

That average dropped to 1,239 tickets a month from April to the end of September.

The identity of the ticket-happy warden was not revealed, but he helped boost the council’s coiffers by a staggering £180,000.

Parking fines, know as Penalty Charge Notices (PCN), cost between £50 and £70 depending on the offence  in Leicester, according to the City Council’s website.

Although the rate drops to £35 and £25 if the fine is paid promptly.

One person commented on the report: ‘His mum must be so proud of him putting even more stress on people whom have had a year from hell I have no objection in frequent law breakers being given tickets but this man is sneaky and doesn’t care who he preys on (sic).’

Other people were more sympathetic, with another adding: ‘Poor motorists eh… unable to abandon their vehicles wherever they like… poor soles (sic) having to pay a fine they wouldn’t have to if they didn’t feels so entitled to do as they please.

‘No doubt each and every ticket deserved.’

A Leicester City Council spokesperson said: ‘The number of fines issued was considerably lower this year compared with the previous year due to the effects of the first coronavirus lockdown, during which there were far fewer vehicles on the city’s roads and parking enforcement was largely relaxed in line with national guidance.

‘Instead officers focused on dealing only with parked vehicles which were causing a danger to other road users, causing obstructions or other safety issues. 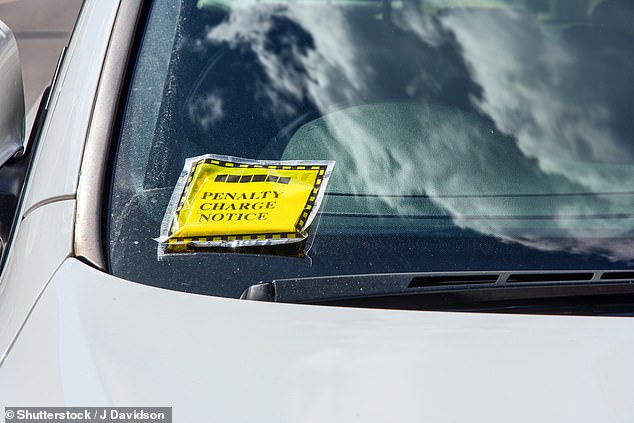 ‘The number of fines issued by our officers depends very much on factors such as the area of the city in which they are working, how many people are in the patrol team and the time of day they are patrolling, as well as any large-scale events such as football matches which can lead to an increase the number of motorists who are fined for parking in residents-only parking zones.

‘Money raised from parking enforcement goes back into funding highway works across the city.’

Before the pandemic the council was raking in more than a quarter of a million pounds a month.

But while this figure seems large, it pales in comparison to some other councils across the country.

Westminster City Council raked in a staggering £69 million from parking fines last year – the highest amount in the UK.

Westminster is the richest borough in the country with some 12,000 of its 255,000 residents earning over £150,000 a year, according to a study commissioned last year by easyMoney.

Parking enforcement was suspended by some councils during the peak months of the pandemic.

Generally, traffic wardens are employed by the council, which means it was up to councils to relax rules or continue forcing wardens to patrol streets during the national lockdowns.

But traffic wardens were back on the streets before long in many places, and handing out tickets to drivers parked in places they should not have been.

Many drivers reacted with fury during the first lockdown as nurses, doctors and medical staff were hit with fines in various places across the UK.

Their tickets came despite the British Parking Association putting out guidelines which state that no health or social care worker should have to pay parking charges.