Home » World News » ‘Like a brick on my head’: Lynda believes her breast implants ruined her health

‘Like a brick on my head’: Lynda believes her breast implants ruined her health

Breast implants have been linked with mental health issues including depression and anxiety in world-first Australian research among women who experience symptoms.

It found the impacts reported by sufferers of the condition known as 'breast implant illness' were severe and as well as mental health effects they included memory and concentration problems, 'brain fog' and physical effects including joint and muscle pain. 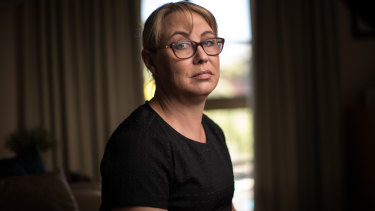 "It can be distressing and debilitating," said Professor Jill Newby of the Black Dog Institute and University of New South Wales, whose research on implant illness will be published in the Aesthetic Surgery Journal.

There is not yet medical evidence to prove the link between implants and adverse effects in some women. However, Associate Professor Newby said experiencing breast implant illness "has very significant lifestyle impacts, and affects all aspects of their lives."

Women who experience the condition after having the world's most common cosmetic surgery "have struggled to be believed previously", she said, but the US Food and Drug Administration is investigating the condition.

It could appear any time after implant surgery and some people developed symptoms immediately, while some developed them years later.

In August, the FDA said "symptoms such as fatigue, memory loss, rash, 'brain fog', and joint pain may be associated with breast implants" as well as mental health issues.

"Researchers are investigating these symptoms to better understand their origins and connection to breast implants … the current evidence supports that some patients experience systemic symptoms that may resolve when their breast implants are removed," the FDA said.

Ms Newby surveyed 110 women who have experienced symptoms, as well as women with implants who did not experience illness, and found those who did "really had their mental health impacted by their implants".

Many did not understand what was causing their health issues until they learned about breast implant illness, which has been experienced by women with various types of implants.

Lynda Blair, a court support worker who had a double mastectomy after learning she had a one-in-three chance of developing breast cancer, said she became mentally and physically ill several months after having her second set of breast implants.

Her original implants had begun to rupture after 10 years.

"Within three months [of receiving the new implants] I was quite aware of the physical and mental symptoms, quite sick to be honest. Of course, being female you get the attitude it's your hormones or you're being hysterical," she said.

When told by a friend to research the condition, "it was like a massive epiphany joining the dots and working out what was going on," Ms Blair said.

Her symptoms included joint pain, anxiety and depression and were relieved soon after she had her second implants removed, and not replaced.

"I had such brain fog it was horrendous, it felt like there was a brick on my head. After the surgery, I can clearly remember the feeling of that weight being gone. It was fantastic and the most obvious and immediate effect during the recovery," she said.

Her research suggested women who claim they are experiencing symptoms related to their body's reaction to breast implants should be believed.

"The illness is not formally recognised yet by the medical profession but these women are suffering and our study gave evidence to that," she said.

The AMA and the Australian Society of Plastic Surgeons were contacted for comment.