Knickers to the stuffy old clubs for men only! She’s the lingerie queen who’s demanding London’s Garrick Club let women like her join. Now she lets rip in an interview that’ll leave members even redder in the face

For a bright, young woman with a sharp business brain, lingerie boss Emily Bendell can be really rather daft. ‘I never anticipated this level of interest,’ she says

For a bright, young woman with a sharp business brain, lingerie boss Emily Bendell can be really rather daft. ‘I never anticipated this level of interest,’ she says.

She is referring to the wall-to-wall coverage of her threat of legal action against one of the oldest private members’ clubs in London, the Garrick, over its ‘gentlemen-only membership’.

Emily, 39, has instructed lawyers to seek an injunction preventing the 189-year-old club from ‘continuing to operate its discriminatory policy’, which she claims breaks the law, as laid down in Harriet Harman’s Equality Act 2010.

She has also instructed a public relations manager, presumably, to manage the level of interest her action has generated.

‘A stunt?’ Emily shoots a look of pure horror when I express surprise that she didn’t see the publicity coming.

‘I don’t see how this is going to help me sell more knickers, if I’m honest. This all started because I was looking round for a members’ club to join,’ she says.

‘Our offices are quite far east [Shoreditch] and I needed a central London base. I began asking friends and seeing what there was. There were elements of the Garrick that were interesting to me — the history, the beautiful building, those velvet red seats . . .’ She cuts her reverie short and snorts theatrically.

‘I had no idea there were still men-only clubs. I was shocked. ‘How can it be the case?’ I said to my husband.

‘Did you know these clubs exist?’ Extraordinary. And most of the people I’ve told are surprised. I think people who don’t live in a world that joins private members’ clubs don’t expect there to be clubs that exclude women. Working men’s clubs included women 13 years ago.’

The Garrick was established in 1831 as a refuge for theatrical types deemed too disreputable for other establishments.

Today, it is largely a fusty gentleman’s club (the average age is 70); or, as one member put it, ‘like a home for the elderly but with fine wine’.

When Hugh Bonneville unsuccessfully proposed Joanna Lumley for membership in 2011, the whole club is said to have had palpitations: half from lust, half from rage.

Meanwhile, a 2015 ballot on the issue of admitting women members fell short of the two-thirds in favour needed for change.

Emily, who read philosophy, politics and economics at Oxford, is one of those urban, edgy types who advocates changing, well, just about everything.

‘Look at how women are under- represented on boards and in Parliament,’ she says.

‘Look at how black people are overrepresented in prison. These are statistical numbers that show that the world they [anyone who is not a millennial] have built has not solved these issues. 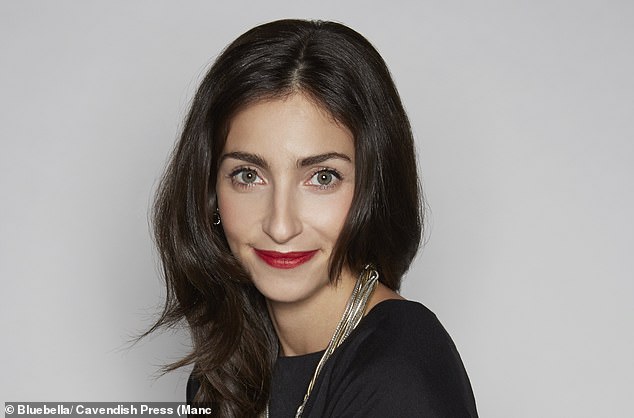 Emily, who read philosophy, politics and economics at Oxford, is one of those urban, edgy types who advocates changing, well, just about everything. ‘Look at how women are under- represented on boards and in Parliament,’ she says

‘I believe everybody, regardless of race, gender, disability or sexuality, should have the same opportunity and be treated equally. I believe that passionately and wholly. If that makes me woke, fine.’

Given that for many of the Garrick septuagenarians, ‘woke’ is the past tense of what they do after an agreeable afternoon nap, you can’t help but feel Emily is as likely a fit with this iconic club as Rolling Stones wildman Keith Richards would be with the Women’s Institute.

‘Oh, I haven’t visited the club,’ she says airily.

Hang on, Emily. You’ve started legal proceedings against one of the oldest and most famous private members’ clubs on the planet, and you haven’t even stepped inside?

‘This is about the principle,’ she says. ‘The women I speak to who have no interest in joining the Garrick itself still believe these rules should change. People say: ‘Why would you want to be a member of a club where 50 per cent of the people don’t want you there based on your gender?’ But that is not the point here.’

Neither, it seems, are the club rules. The Garrick membership is made up of respected actors, politicians, journalists and lawyers. Even if she were a man, it’s highly unlikely an entrepreneur who, as she puts it, ‘sells knickers’ would cut the mustard.

‘The Garrick for me is more about professional connections and networking,’ she says. But club rules state: ‘No part of the clubhouse may be used for business purposes, which includes discussing business matters.’

Emily shrugs. ‘The Garrick has got people like Stephen Fry as a member — people I’m really surprised would be a member of a club that excludes women,’ she says.

‘It’s not as if I go to sleep every night desperate to be a member of the Garrick Club,’ she adds.

‘It’s about the principle.’ And like most wokesters (‘I might actually be the oldest millennial,’ muses Emily, who was born in 1981), she is not shy of broadcasting hers.

Emily began her career as an entrepreneur selling Ann Summers sex toys and raunchy lingerie from her home in Nottingham after graduating from Oxford.

Spotting a gap in the market, she set up Bluebella with the help of her father, a university lecturer-turned-business consultant who remains a director of the company, in 2005.

She visited trade shows and scoured the internet to source boutique lingerie. She was rewarded with first-years sales of £98,000.

The following year, she was named Small Business Of The Year at the Women Of Worth Awards — but such was the nature of her Miss Neat ‘n’ Naughty collect ion that devout Catholic Ann Widdecombe refused to present the award.

Emily rolls her eyes. ‘I had a very liberal upbringing,’ she says. ‘My mother [who sadly died of cancer shortly after Emily graduated] was Danish. I was allowed to do more than most of my friends.

Emily was 29 and had had ‘a number of long-term relationships’ with some gaps in between when she met her husband Reg, an environmental entrepreneur who, she says, is ‘a genuine 50-50 partner’.

He has supported her as her company has gone from strength to strength after she secured a licensing deal with sadomasochistic franchise Fifty Shades Of Grey to provide underwear, while her fellow shareholders from Lovehoney secured the lucrative sex-toy rights. 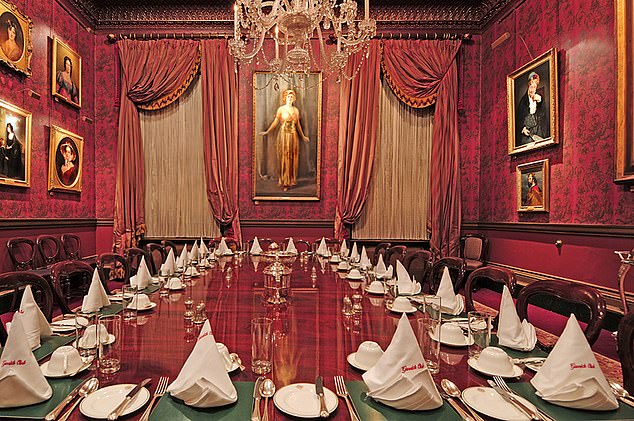 They married five years ago and now have a two-year-old son and a one-year old daughter.

‘Within my business, I feel there’s some really important messages I can get out to young women around equality and diversity,’ she says.

‘We’ve used two trans women in our campaigns because we want to celebrate trans and non-trans women. We also posted a man wearing underwear on Instagram. He’s called a burlesque boy and he likes wearing lingerie. He feels great in it. What Bluebella wants to do is celebrate everyone.’

Perhaps over lunch at the Garrick if she’s successful in her legal action? ‘Why not? The red velvet seats look comfy,’ she says.

She now wants the club to give a full response within 28 days of receiving her Letter Before Action that it intends to change its policy. 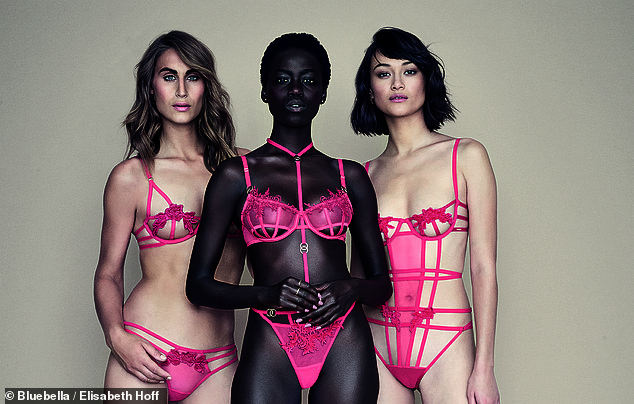 Emily began her career as an entrepreneur selling Ann Summers sex toys and raunchy lingerie from her home in Nottingham after graduating from Oxford. Spotting a gap in the market, she set up Bluebella with the help of her father, a university lecturer-turned-business consultant who remains a director of the company, in 2005

The letter states: ‘Ms Bendell is the founder and CEO of Bluebella, a highly successful lingerie company. She is also a supporter and lover of the arts. In light of her successful career and affinity with the arts, she wishes to become a member of the Garrick Club . . . Women are only able to access the club’s services as second-class citizens on the whim of a man who has to both invite and pay for them.’

It points out that, in barring female members, it is acting in breach of the Equality Act 2010.

Should the club decide to embrace women, all new candidates must be proposed by an existing member before election in a secret ballot.

Emily says: ‘In the past five years since the last vote, when just over half of Garrick members thought women should join the club, we’ve had a number of examples of the toxicity of male-dominated culture in Hollywood and Westminster.

‘I would hope that it is even clearer now that women should be admitted. If there was another vote, things should change.’

With her leading the charge to bag one of those comfy velvet seats?

‘It’s not really about whether I particularly want to be a member there,’ she says.

Which I guess is woke for ‘no’.