London at the mercy of militant unions who have Sadiq Khan over a barrel: RMT boss demands a ‘new deal’ for workers after issuing ultimatum that it will take four weeks to re-start TfL

Sadiq Khan is at the mercy of militant unions which are threatening to use the coronavirus crisis to demand a new deal for workers –  amid warnings London’s transport network will be buckle under the pressure once the lockdown eases.

RMT General Secretary Mick Cash – who represents Tube workers –  today wrote a column demanding a new deal for all his workers, including higher pay and a public service, ‘free from the grip of private speculation.’

For Khan, it raises the spectre of a lengthy negotiations with unions who could use the safety fears of their workers to demand a raft concessions including better pay and hours.

This comes after a damning leaked report by the London Strategic Co-ordination Group (SCG), seen by the BBC, said the network would be unable to cope with an influx of commuters. It stated the capacity of the Tube and buses would be cut to 15% and 12% respectively compared with normal levels, if a six-foot space between passengers was enforced.

The RMT union used the report to insist that its workers would need four weeks’ notice to start getting services up and running to approaching pre-lockdown levels.

Yesterday, Mr Cash said he was not ‘willing to jeopardise the health and safety of workers.’ and in a blog post this morning, he added: ‘One thing is for sure, once it is proven as safe enough for us to move out of the lockdown and begin the process of moving back to some kind of normal operation things will never be the same again.’

He boasted about negotiating with transport bosses:  ‘RMT has called out those employers at every turn and we have exposed their failures as leverage to force them back into line’

‘One thing is for sure, once it is proven as safe enough for us to move out of the lockdown and begin the process of moving back to some kind of normal operation things will never be the same again. ‘

A number of London councillors have also hit out at the Mayor this morning, after Councillor Selina Seesunkur shared a picture of a packed Tube and accused Mr Khan of ‘negligence.’

She added: ‘You have completely failed to manage any part of this lockdown.’

Conservative Mayoral candidate Shaun Bailey hit out at Khan for spending millions on creative arts during the pandemic. 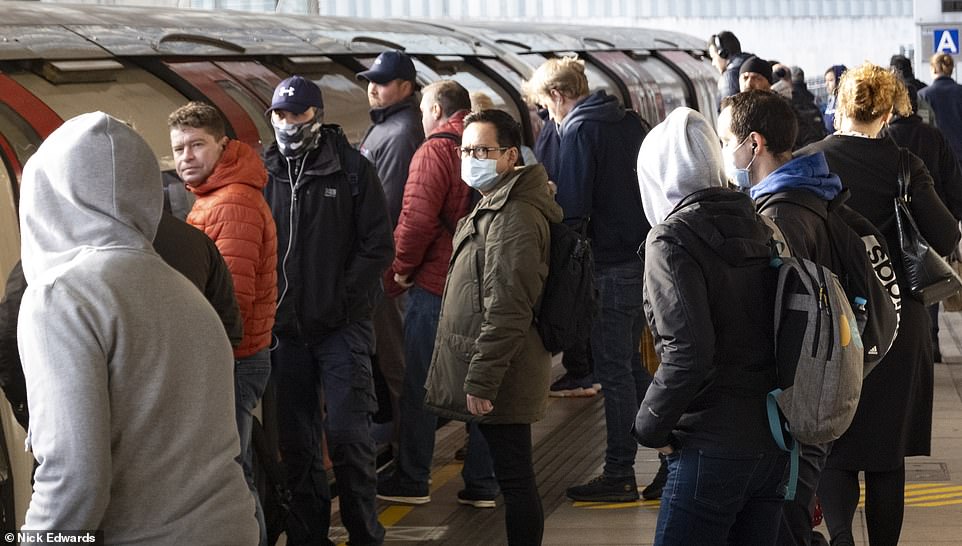 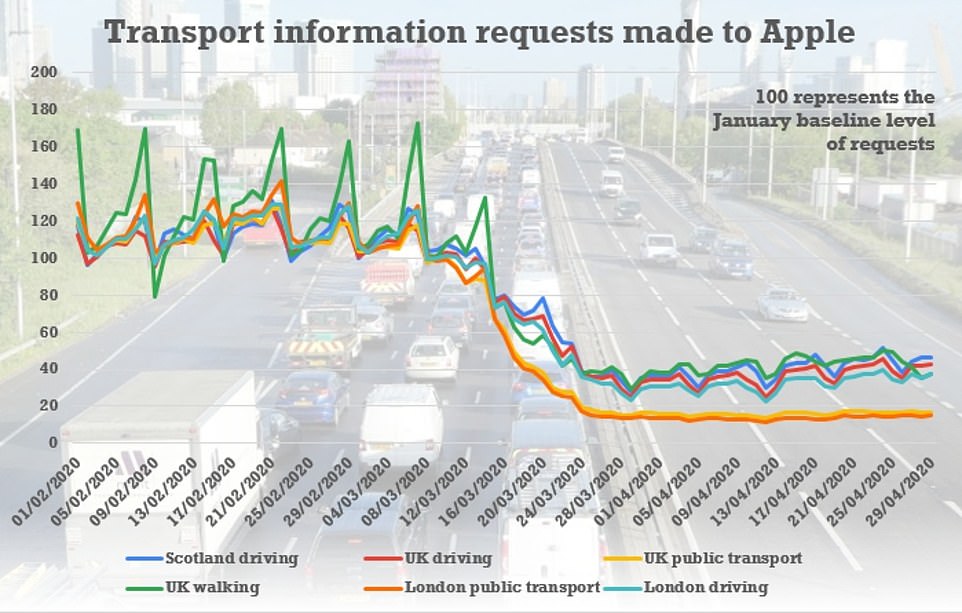 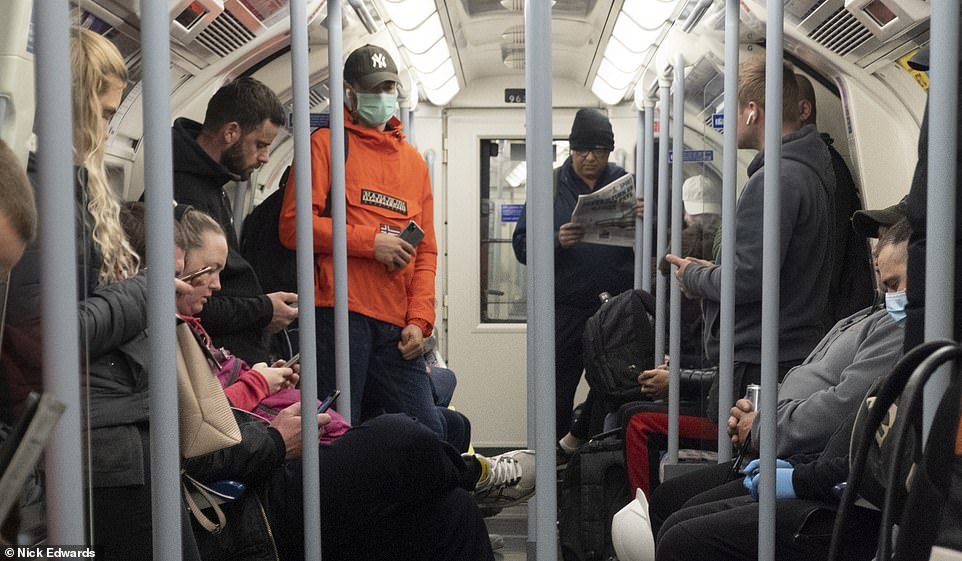 Passengers on a jubilee line train at rush hour this morning, where social distancing was impossible 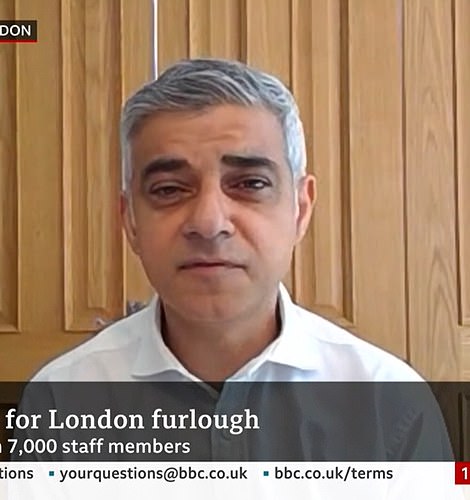 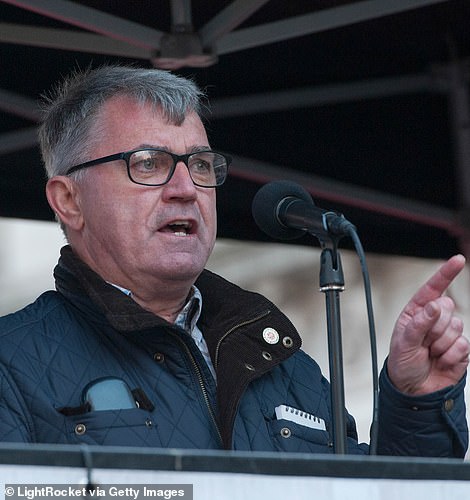 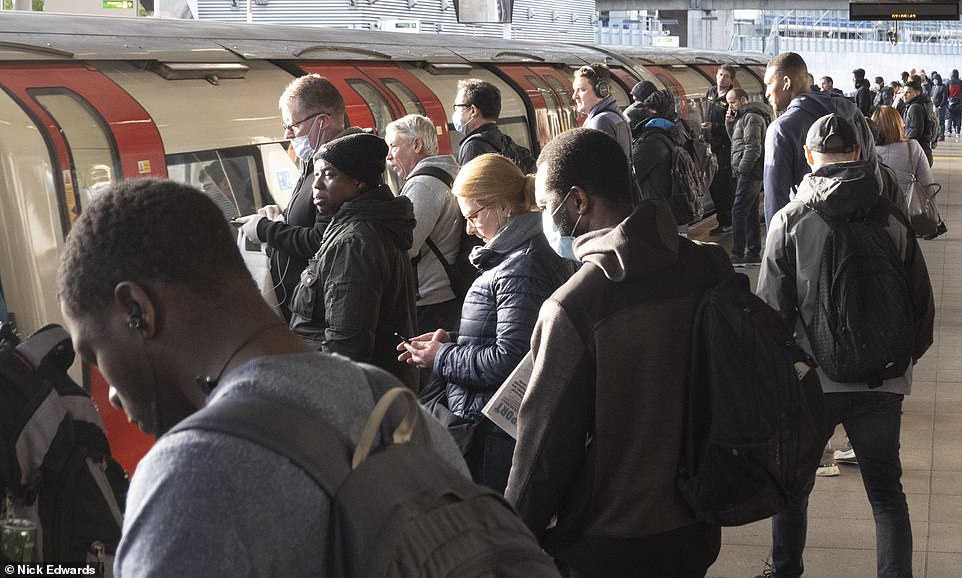 The platform at Canning Town underground Station was packed this morning, amid a vast reduction in services

Latest figures show tube journeys during lockdown are down 95%, while bus passengers are down 85% on last year. This suggests social-distancing and lack of staff will mean tubes could only take another 10% of passengers, while buses will have capacity for just 3% more people.

Tweeting an image of a busy carriage, Cllr Seesunkur wrote: ‘This is the @TfL central line at 6.30am today. My sister is trying to get to work (#hospital). It was empty when she boarded @SadiqKhan this is s complete failure on your part. You have completely failed to manage any part of this #lockdown. Negligence springs to mind!

Mr Cash wrote today: ‘RMT has called out those employers at every turn and we have exposed their failures as leverage to force them back into line.

‘One thing is for sure, once it is proven as safe enough for us to move out of the lockdown and begin the process of moving back to some kind of normal operation things will never be the same again.

‘If rail and other services can be taken over wholesale by the state to protect them during a crisis then they can be taken over on a permanent basis when that crisis subsides as a public service free from the grip of private speculation.’

Finn Brennan, ASLEF’s organiser on the Underground, said: ‘London Underground need to urgently engage with unions so that, together, we can work out how services can be increased in a way that is safe. Safe for passengers, and safe for rail staff. If they don’t, then we risk the service collapsing completely. There is no point in pretending that social distancing is possible for passengers on the Underground. That is why other major metro systems are insisting that masks are worn.’

London commuters this morning admitted that an unofficial lifting of the coronavirus lockdown was underway as they returned to the capital’s underground network, leading once again to busy carriages and packed platforms.

The past few weeks of lockdown have witnessed London’s Tubes being used mainly by key workers or building workers.

Many of the key workers have hit out at Mayor Sadiq Khan, fuming they are forced into busy Tubes on a daily basis and say construction workers using the packed trains ‘outnumber NHS staff’.

But fears of more packed trains have increased as passengers from other walks of life also descend on the transport network as offices and shops reopen and people become more relaxed about social distancing.

Many of those leaving or entering Ealing Broadway station in west London spoken to by MailOnline were not NHS staff.

John Katlin, 40 admitted that he was going to visit a friend in Neasden because of the ‘boredom of the lockdown.’

He said: ‘I’m getting on the tube because you can’t continue caging people like animals. We’ve got to go out to work and socialise, it’s what humans need to do to survive.

‘This is the second time this week that I’m getting on the tube. It’s been very busy, like pre-lockdown days. It’s not that easy to find a seat or maintain social distancing but I want to see my friend and I’m not worried about coronavirus.’

Bank worker David Hayes, 26 who was boarding a central line train to Northolt said: ‘I’ve been using the tube for the las two weeks of lockdown. But this week is the busiest it’s ever been.

‘Things are slowly creeping back to normal. The government might say that there are no changes to the lockdown, but people are just lifting it themselves. The underground is definitely a lot busier as are the roads and buses.’

IT worker Frank Youkhana, 54 revealed that he was using public transport for the first time after his central London office reopened but had decided to cycle part of the way so that he would not have to get the bus to the underground station.

He said: ‘The train was more packed than I thought it was going to be and I can assure you, not all the passengers were key workers. I was a little nervous because it wasn’t that easy to maintain social distance.

‘There was a man near me who started coughing so I got up and moved seats. But life is slowly returning to normal and most of us don’t have a choice. You can’t keep people in lockdown forever.’

NHS worker Teresa James, 60 has been travelling each day on the Central Line during the lockdown to Hammersmith Hospital.

She said: ‘This week has been the busiest so far. People are creeping back out and getting on public transport either to go to work or even socialise. It’s crazy; if you ask me, the lockdown is not strict enough.

‘I couldn’t find a seat today and it’s impossible to maintain a two-metre distance from other passengers. If we continue like this, we are just asking for another coronavirus disaster.’ 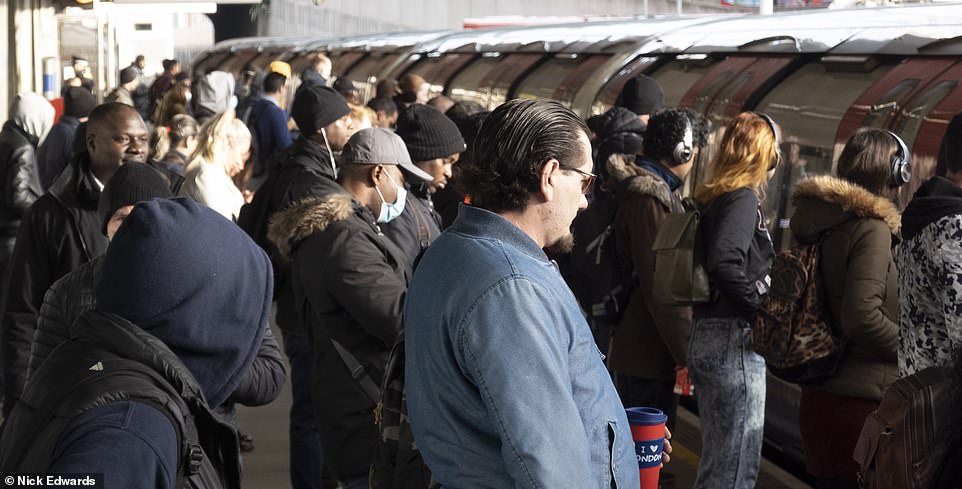 Ms James revealed that she has become so concerned about busy tube trains that she has started wearing a mask.

‘They need to put on more trains and ensure that people continue to work from home because people are becoming very relaxed about the lockdown. If you ask me, if your work is not essential, you should not be on the tubes or buses.’

Quality manager Baci Hoxha, 40 said that he had started using the underground after his office in Paddington partially reopened.

He said: ‘I used the underground for the first time since the lockdown started. I feel very uneasy because you just don’t know who you are sitting or standing next to. But what can you do? People have to work and normal life has to start again.’

Labourer Dara Henry, 28 fumed: ‘I get the Central Line every day and if you ask me, things have been back to normal this week. It was impossible to get a seat, the carriage was packed, and nobody was speaking.’

Recruitment manager Gillian Igoe, 31 added: ‘Everything has got a lot busier and normal life is slowly returning. I think people are just getting bored.

‘My office has re-opened and I’ve got to get the tube so what can I do? You can’t sit at home forever.’

Plans to ramp up services follow TfL’s decision to furlough 7,000 staff on Monday, after the Mayor of London Sadiq Khan claimed the network was financially ‘struggling’ and would run out cash ‘by the end of [April]’.

Mr Khan’s comments were later corrected by a TfL spokesman who revealed the network has reserves of £1.2bn, which was ‘sufficient to operate the city’s core transport’.

Mr Cash described the report as a ‘wake up call for anyone pushing to lift the lockdown and get transport services jacked up in preparation’, adding that ‘any such moves are fraught with ‎lethal danger and once again it is transport workers right in the front line’.

‘RMT has made it clear from the start of the crisis that this trade union will agree to nothing that compromises the health, safety and livelihoods of our members. That remains our position,’ he said.

‘It would be gross negligence for the Government to loosen their own social distancing guidelines on the transport network. Our members are entitled to the same levels of protection as the wider public.

‘RMT has issued clear guidance to our members that they have a right not to be forced to work in an unsafe environment and we are reiterating that guidance in the light of this leaked report.’

TfL revealed that placing 7,000 on furlough would allow the organisation to access funding from the Government’s Job Retention Scheme, saving the organisation ‘an estimated £15.8m every four weeks’.