A LONDON flat so tiny the new occupier will have to roll out of bed is available for rent.

The property in Hornsey Lane, Haringey features a series of bizarre architectural decisions. 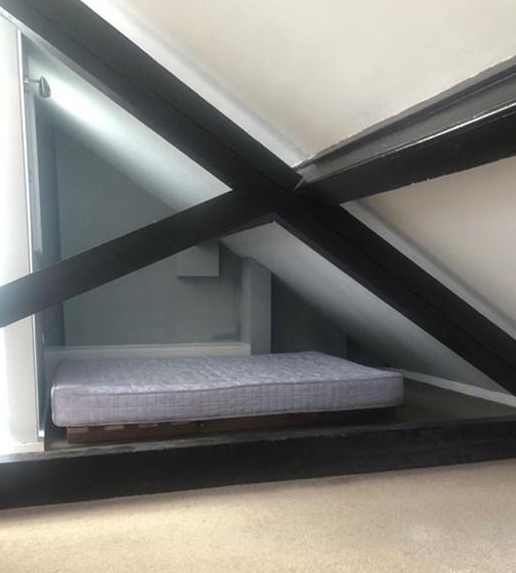 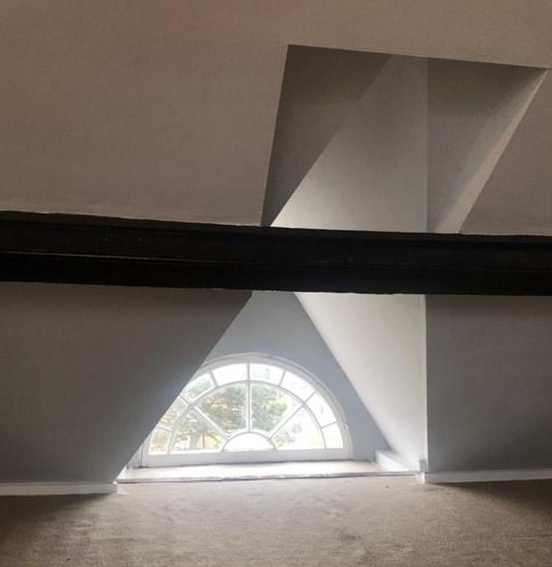 The space is criss-crossed with thick beams painted black, while low windows are set into the floor – and just one appears to let in light.

But perhaps the strangest feature in the apartment is the space allocated for a bed.

The new tenant will find a futon laid in a small nook when they get ready to hit the hay.

The mattress, which stands just inches from the ground, has been slotted into an alcove with a sloped ceiling.

The slant means there'll be no chance of standing and stretching when the occupier gets out of bed in the morning.

And when the resident does wake, they'll face either rolling or crawling between the beams to get up. 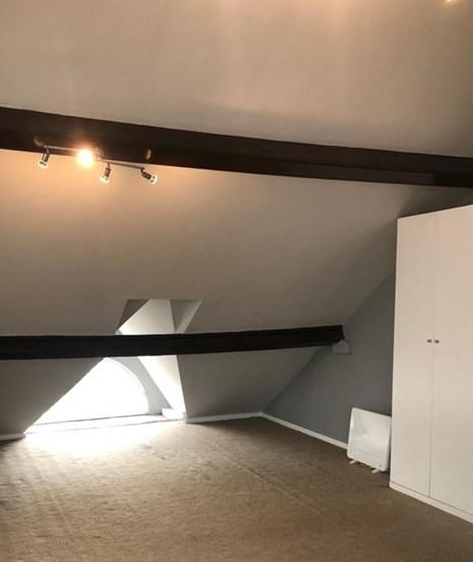 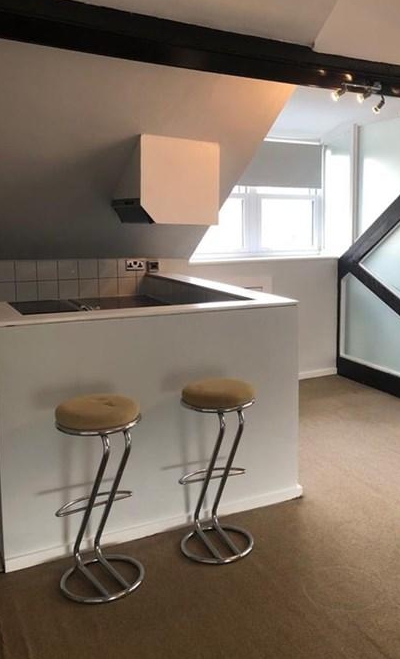 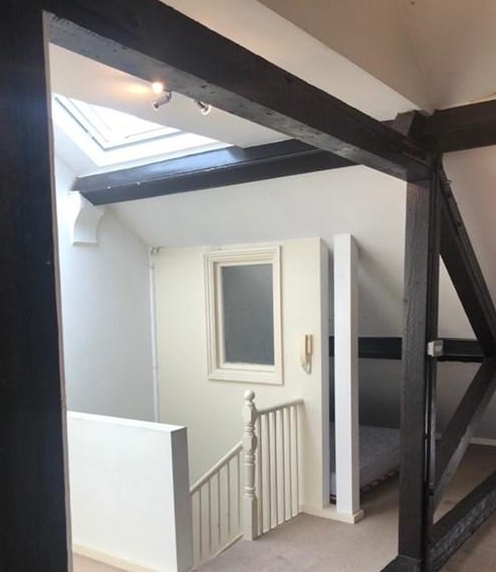 The apartment has gone on the market for a whopping £930-a-month – with the steep price meaning there's little left over for taller would-be renters to afford a hard hat.

And bills aren't included in the cost.

Most of the studio given over to 'living space' – with the bed lodged into a corner.

Elsewhere, the occupier will find a small kitchen with breakfast bar and a bathroom with a toilet.

"We are proud to offer this delightful one-bedroom, one-bathroom studio flat in a great location," they said.

The minimum tenancy on the property is 12 months – meaning the new occupier will have plenty of time to learn how to duck when they get up. 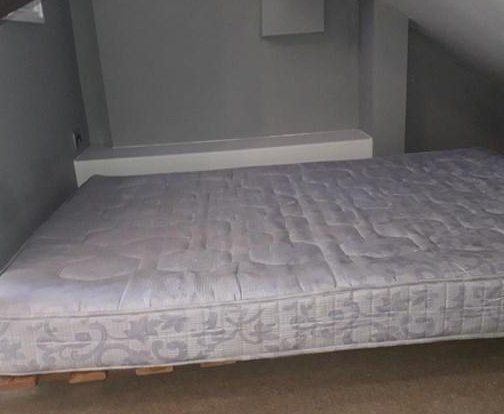 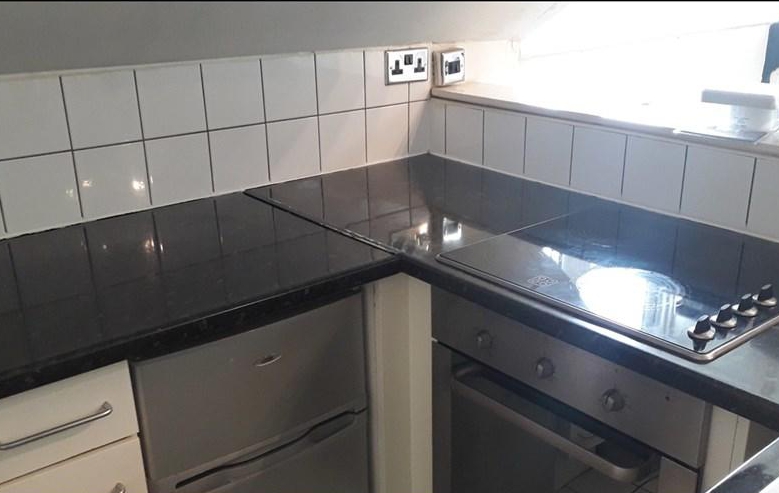 The capital is well-known for its small flats with ingenious space-saving solutions.

One flat in Notting Hill went on the market for £1,500 a month – but the bed folds into the wall and the kitchen can be found stashed away in a cupboard.

There's not enough space for a dedicated living area in the flat – and the occupier will have to eat and work at a small circular table that needs to be folded away against the window.

A second flat in the area was marketed for £800 a month – but is so tiny the occupier can cook and do the dishes from bed.

The dinky space has a single bed in the kitchen.

Agents described the kitchen as "open plan" – but in fact, the oven is so close to the sleeping area, the new occupant could perch on their mattress while they make dinner.

And buyers able to scrape together £200,000 were invited to look around a flat in the same postcode last summer.

The huge amount was the price given for a tiny studio flat with a shower and sink right next to the bed.