Below we take a look back over how the little one spent his first year of life. 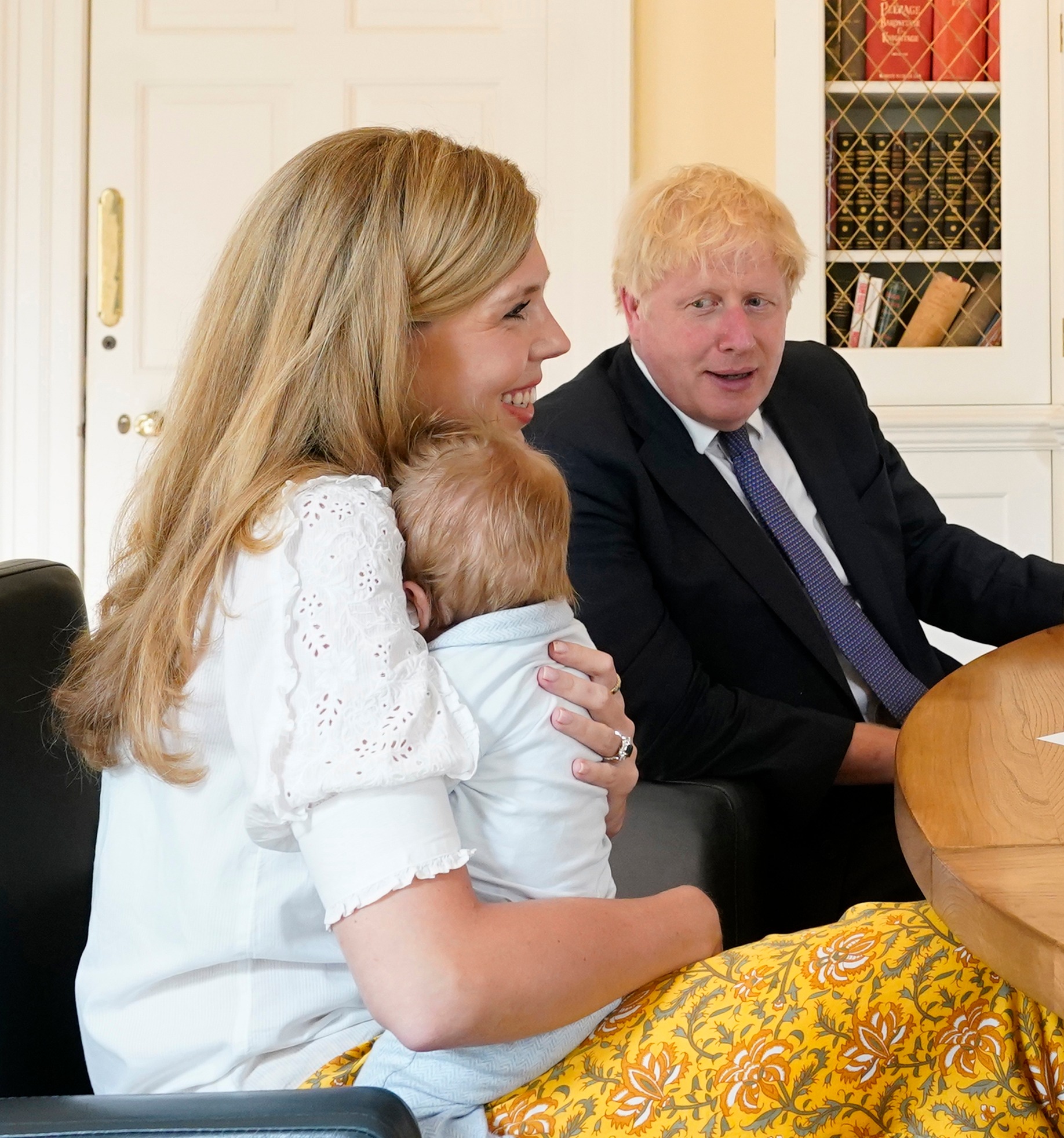 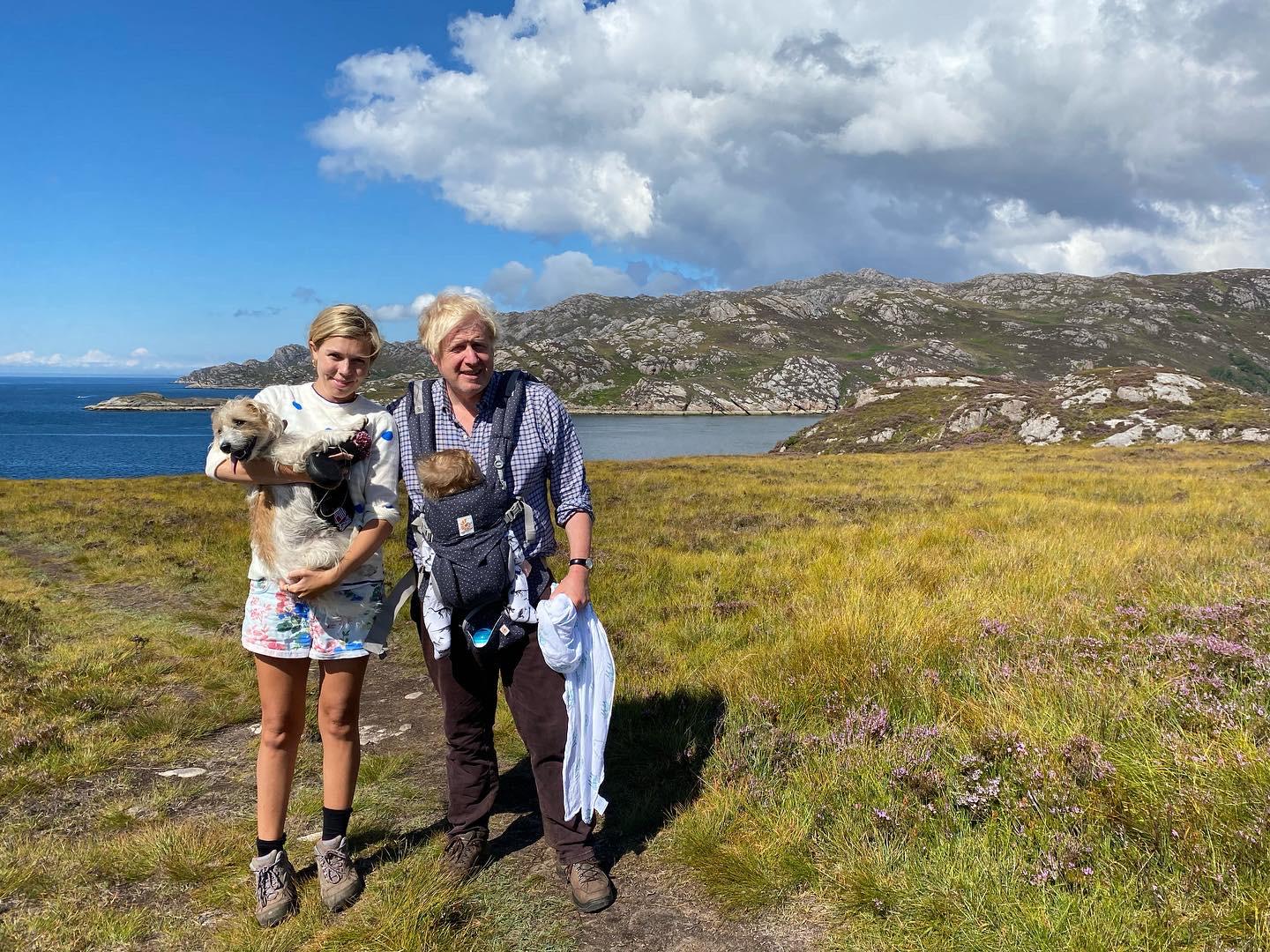 The proud parents showed off their son on May 2 he was born on Wednesday – with his middle name Nicholas in tribute to the medics who treated Boris as he fought coronavirus.

In the sweet photograph shared on Instagram Carrie is seen cradling her son – who already has a thick thatch of blond hair just like his dad's.

Alongside the picture, new mum Carrie wrote: "Introducing Wilfred Lawrie Nicholas Johnson born on 29.04.20 at 9am.

"Thank you so, so much to the incredible NHS maternity team at UCLH that looked after us so well.

"I couldn't be happier. My heart is full." 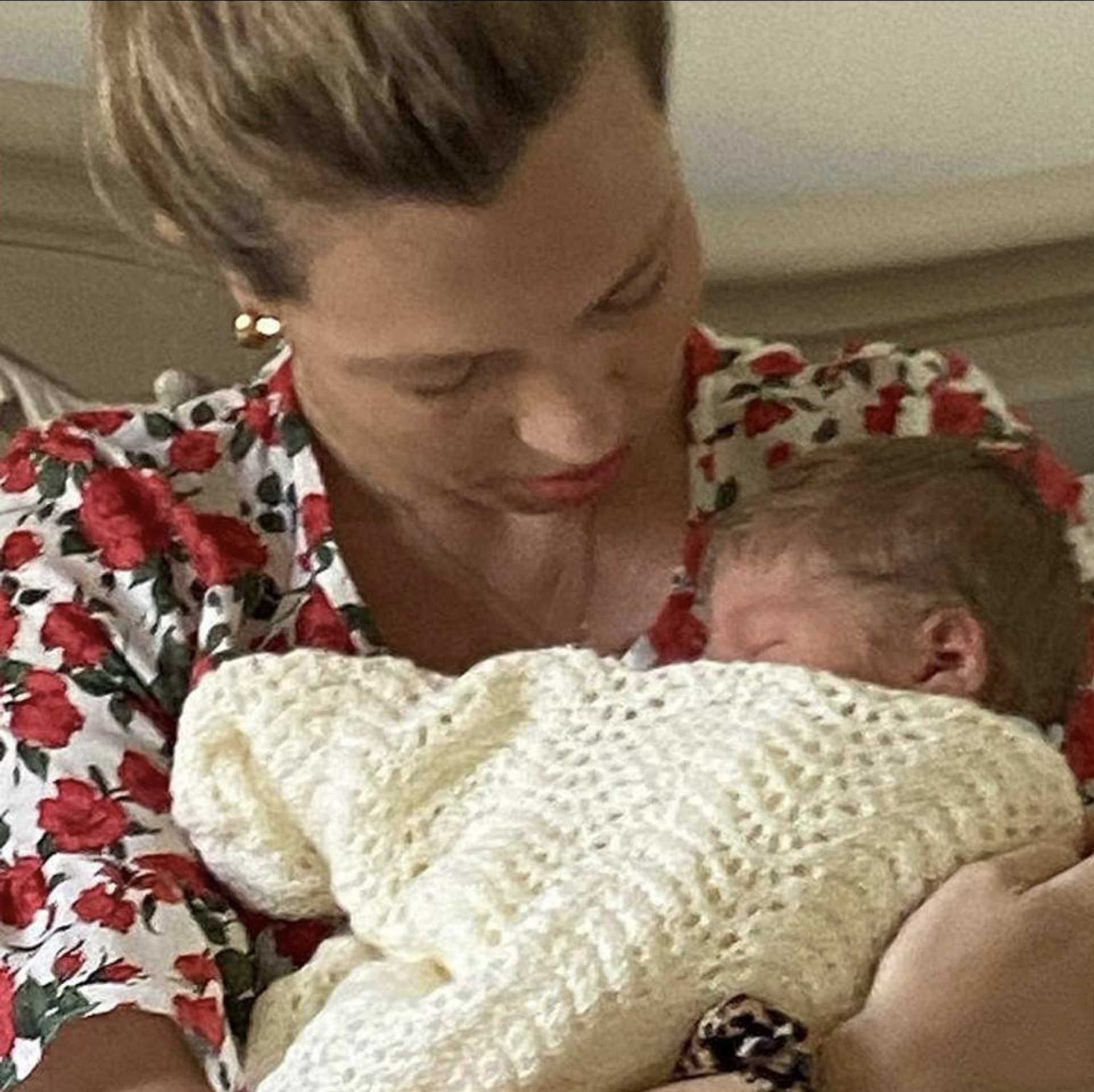 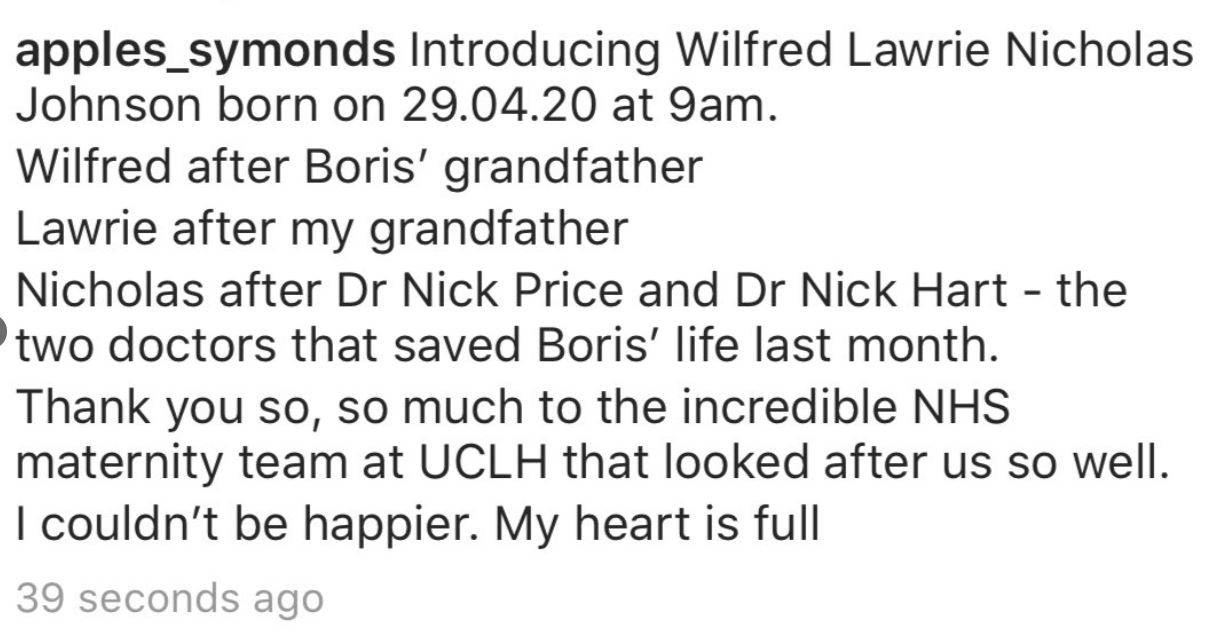 Carrie gave birth to Wilfred just 16 days after Boris fought for his life in intensive care with coronavirus.

The new mum herself had fought the deadly bug.

Wilfred was born while the UK was still in lockdown due to the devastating impact of the pandemic.

However, at just two months old Wilfred experienced life with his mum outside of lockdown.

Wilfred was pictured again in July while getting a loving cuddle from his mum while taking part in a Zoom call with staff at University College London Hospitals.

She told midwives how “incredibly grateful” she was for the “most amazing care” she got.

In August the four-month-old was brought on his first holiday to the Scottish Highlands.

Snaps from the trip show the PM strolling with Wilfred strapped to his chest.

In one touching picture, Carrie and Boris are all smiles as she holds their Jack Russell dog Dilyn and Boris carries baby Wilfred.

Another image shows Carrie, who has over 2,000 followers on Instagram, sport a cosy woollen jumper as she poses in front of scenic Applecross Bay with her son in her arms.

The PM had taken Carrie and the new baby on the Scottish break following a traumatic six months. 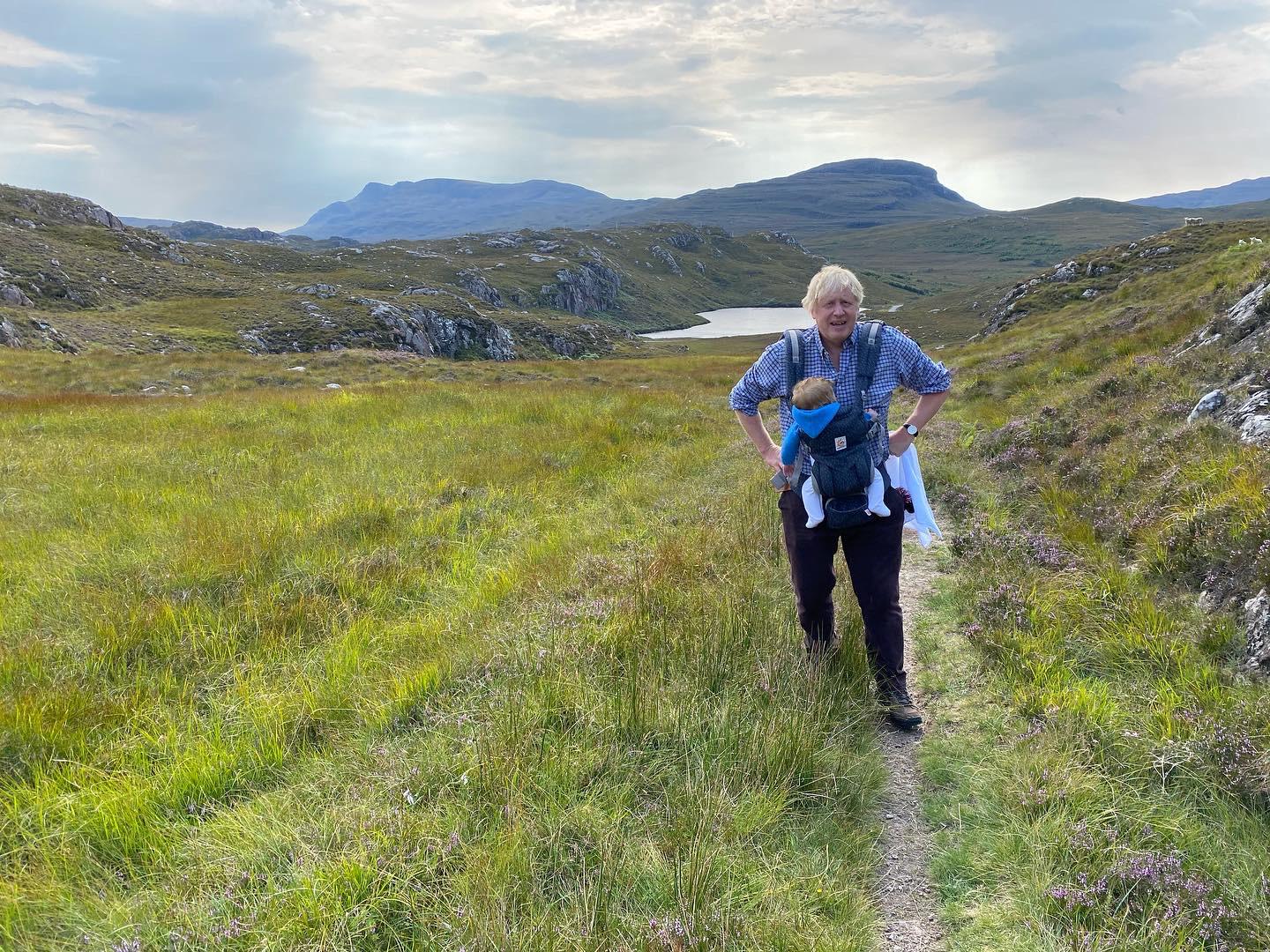 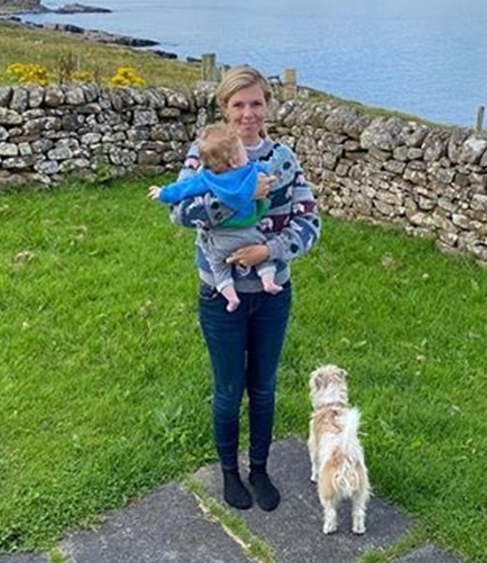 Days before Christmas Carrie shared a cute picture of Wilfred and her as she called a lonely OAP as part of The Sun's Christmas Together Campaign.

The PM's fiancé put a sweet snap of her holding her seven-month-old tot, Wilfred, on Instagram as she urged people to check in on others this year.

In late December Wilfred's painting skills were shown off in an adorable new photo.

The tot was pictured with curly hair and his fingers covered in brown paint as he put the finishing touches on painting a reindeer's antlers.

Wilfred was dressed in a pair of red and white reindeer leggings and cosy grey cardigan.

The painting was sent to an 89-year-old Betty Boyes, who spent Christmas at the Hazelgrove Court care home in North Yorks.

Little Wifred is Ms Symond's first child, while it is Mr Johnson's sixth – and his third son.

Boris also has another daughter, Stephanie, born in 2009, after an affair with art consultant Helen Macintyre. 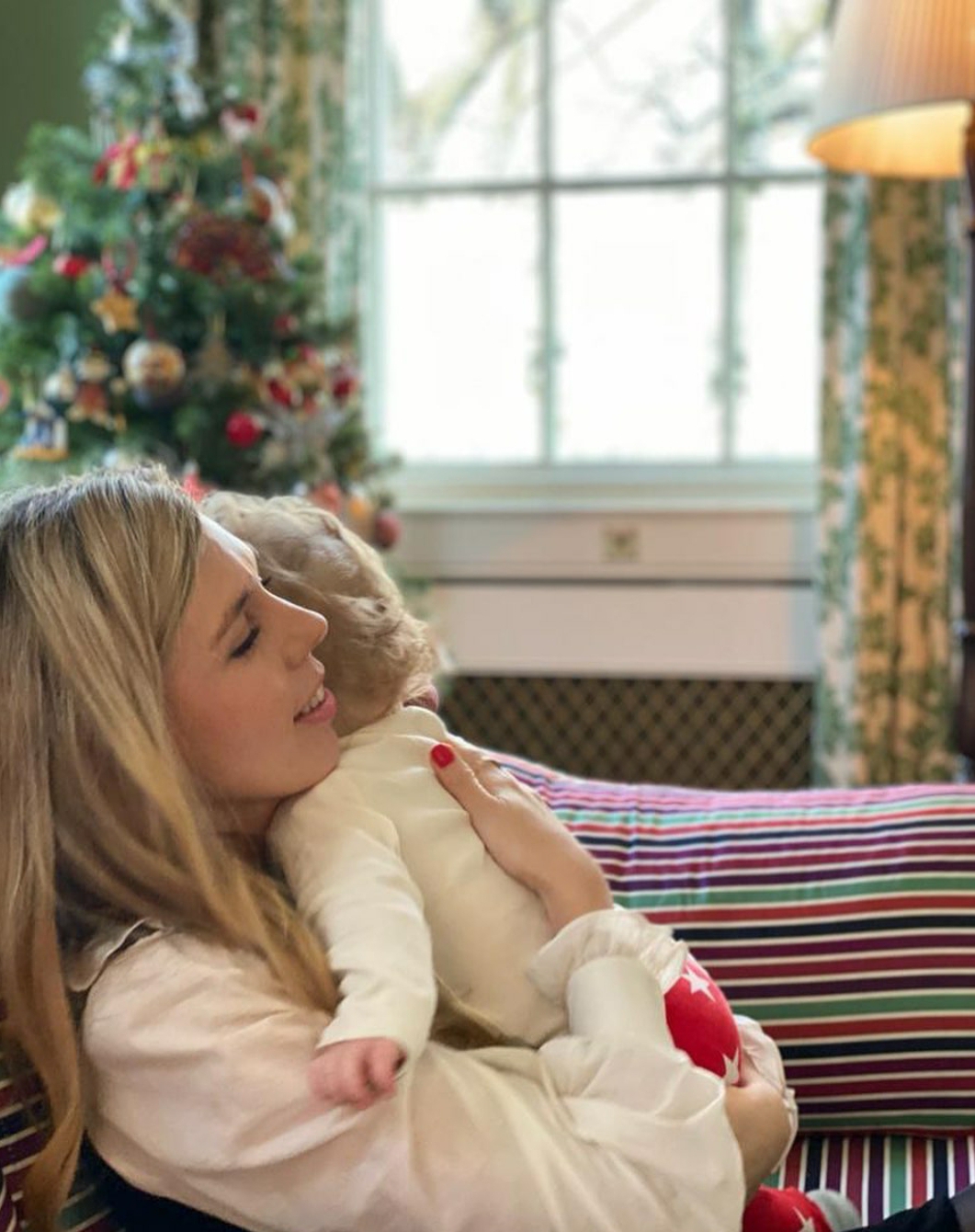 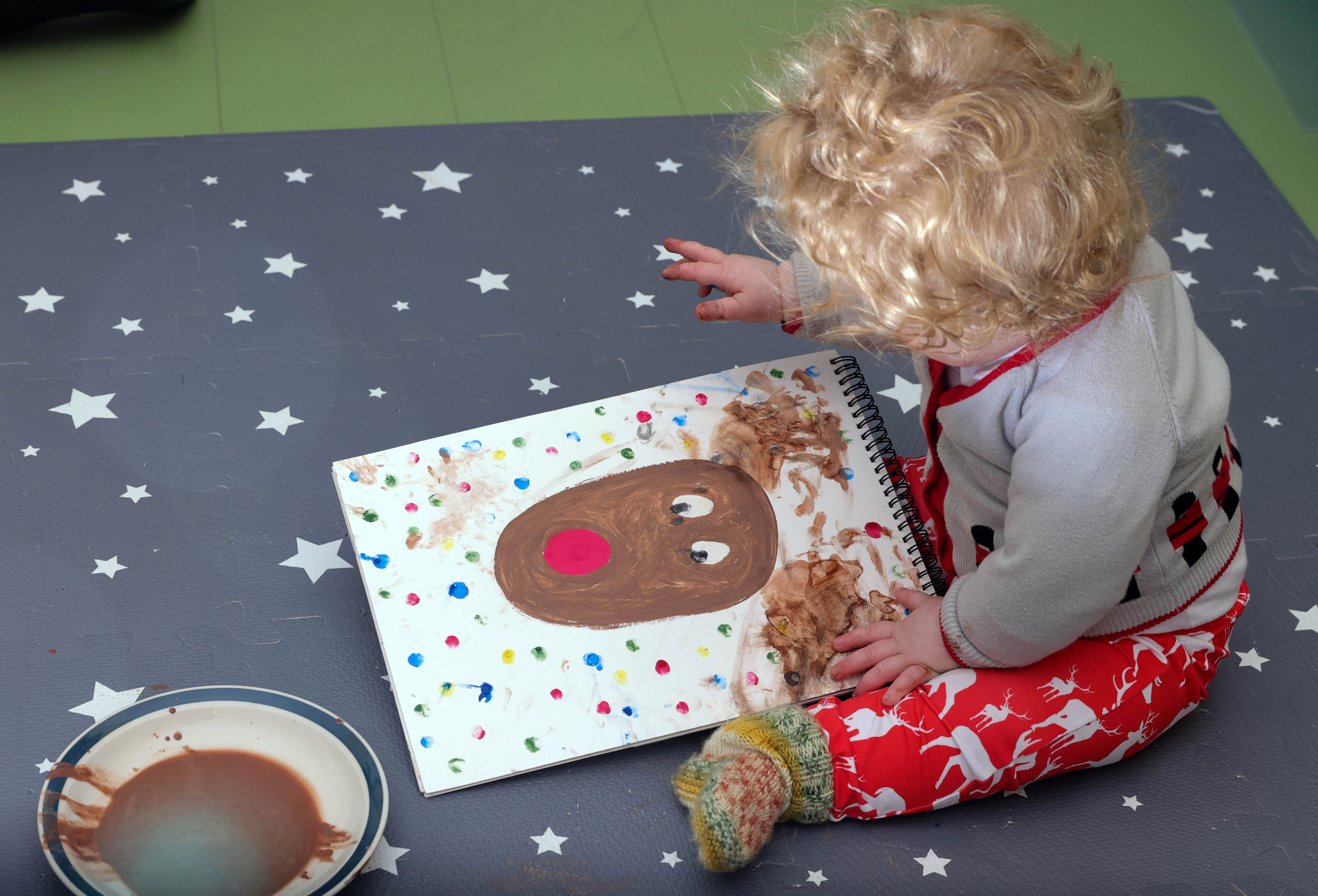