Lost in translation: universities drop languages to save cash despite fee reduction

From Albury via Swinburne University, arts student and business graduate Maddison Sklenar was hoping to make a splash in Asia next year.

Instead, she is wondering how she will keep her head above water in Melbourne as she scrambles to find a way to complete the last two units of her major in Chinese language after the university proposed to discontinue all language studies. 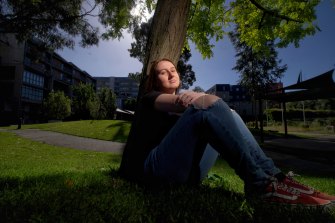 The proposal, announced last week, means students who are mid-way through a major or minor in Chinese, Japanese or Italian will not be able to complete it at Swinburne next year.

“I freaked out because this is my last degree that I want to complete before applying for jobs overseas,” the 23-year-old said.

Swinburne University told staff it “proposes to cease these units and majors because they are not considered to be strategically aligned to our future”.

It is not the only Victorian university to announce cuts to its language units: La Trobe University has proposed discontinuing Greek, Hindi and Indonesian.

Both have cited the financial fallout of the pandemic. La Trobe has forecast a revenue shortfall of up to $335 million this year and next, and Swinburne projects a $45 million deficit in 2020. The universities have also cited the strategic need to streamline their academic focus.

The proposed cuts to languages in 2021 are being made despite the Morrison government’s fee overhaul which will cut the maximum student fee for languages by 41 per cent, from $6684 to $3950 next year. It was an exception to the 113 per cent fee increase imposed on the humanities more broadly and intended to entice university students to study a language by reducing the cost.

But Andrew Norton, Professor in the Practice of Higher Education Policy at ANU, said the government’s price signal to students was likely to fail. Financially stressed universities were dropping language units because they were expensive to run and had low enrolment numbers.

“In this more difficult financial environment, universities can’t carry the courses that aren’t paying their own way, and therefore languages and some others are in the firing line,” Professor Norton said.

Other tertiary fields of study that face possible closure next year include landscape architecture at Deakin University, outdoor education and technology education at La Trobe, and international business and business information systems at Swinburne.

Professor Norton said studying a foreign language was hard work and many students calculated they could get through life without one, given English’s status as a global language.

But Yvette Slaughter, senior lecturer at the University of Melbourne’s Graduate School of Education, said there was a cost to turning away from languages.

“So losing all those pathways is a really significant loss for all of our business capacities.”

A senior lecturer in Chinese at Swinburne, Shenshen Cai, who faces redundancy at the end of the month, said her students often took up Chinese in the belief it would help their employment prospects in a globalised world.

"According to our students, studying languages helps them to improve their communication skills and gain cultural and intercultural knowledge and competency, which opens more doors for them on the global stage," she said.

Ms Sklenar hopes her Chinese language skills will help her navigate the world of international trade, either in China or a neighbouring country such as South Korea or Malaysia. But with Swinburne's decision, she must find another institution that is prepared to take her on – a process made more difficult by the fact that she lives on campus.

It was an unnerving and uncertain way to finish the school year, she said.

“I will have to pull a lot of strings to get it done.”