THIS loyal stray shows it's a dog's best friend – by patiently guarding its companion after it was hit by a car.

Pictures show the spotted canine tentatively caring for another stray that was struck on a main road in Brazil on Sunday. 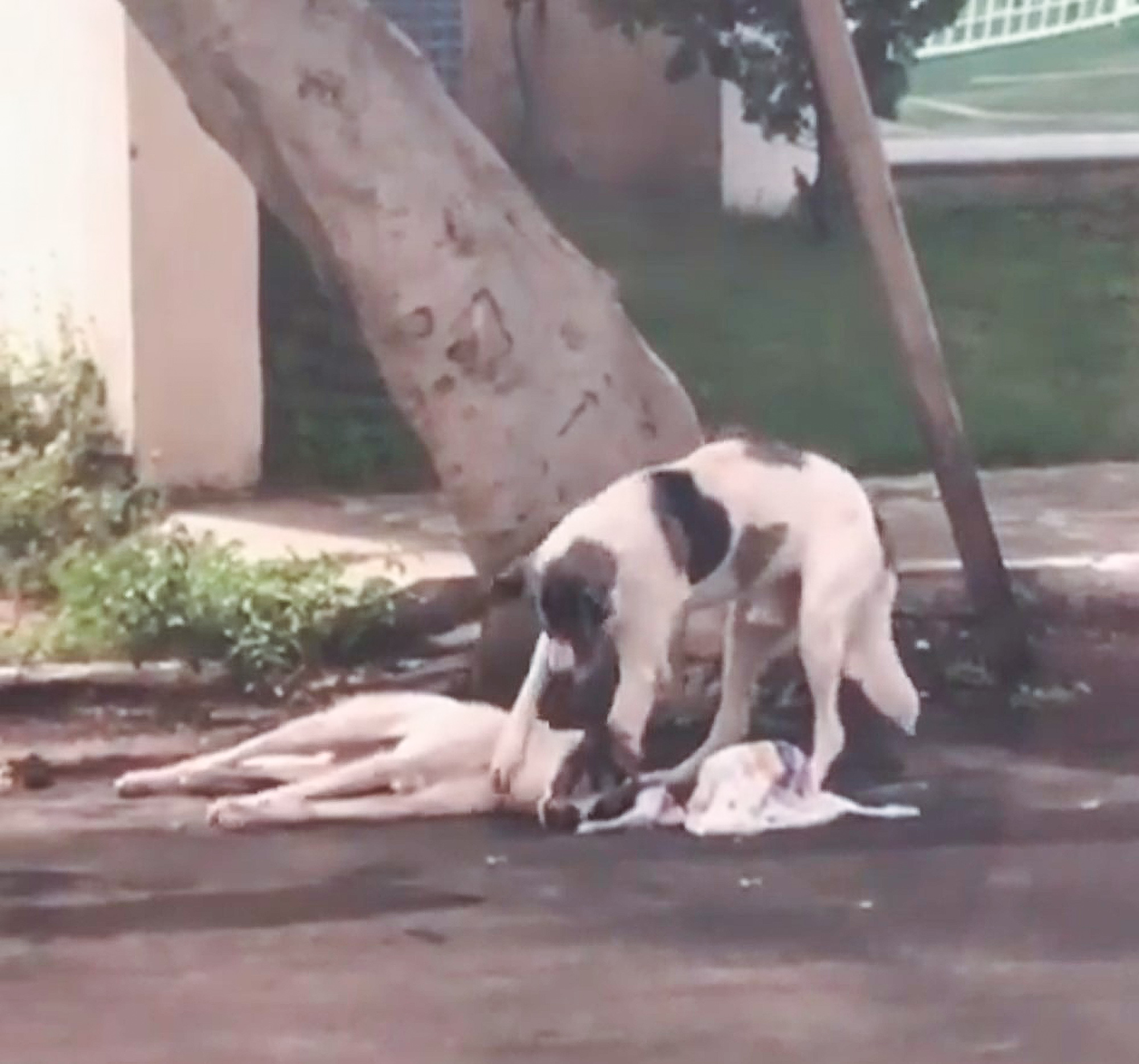 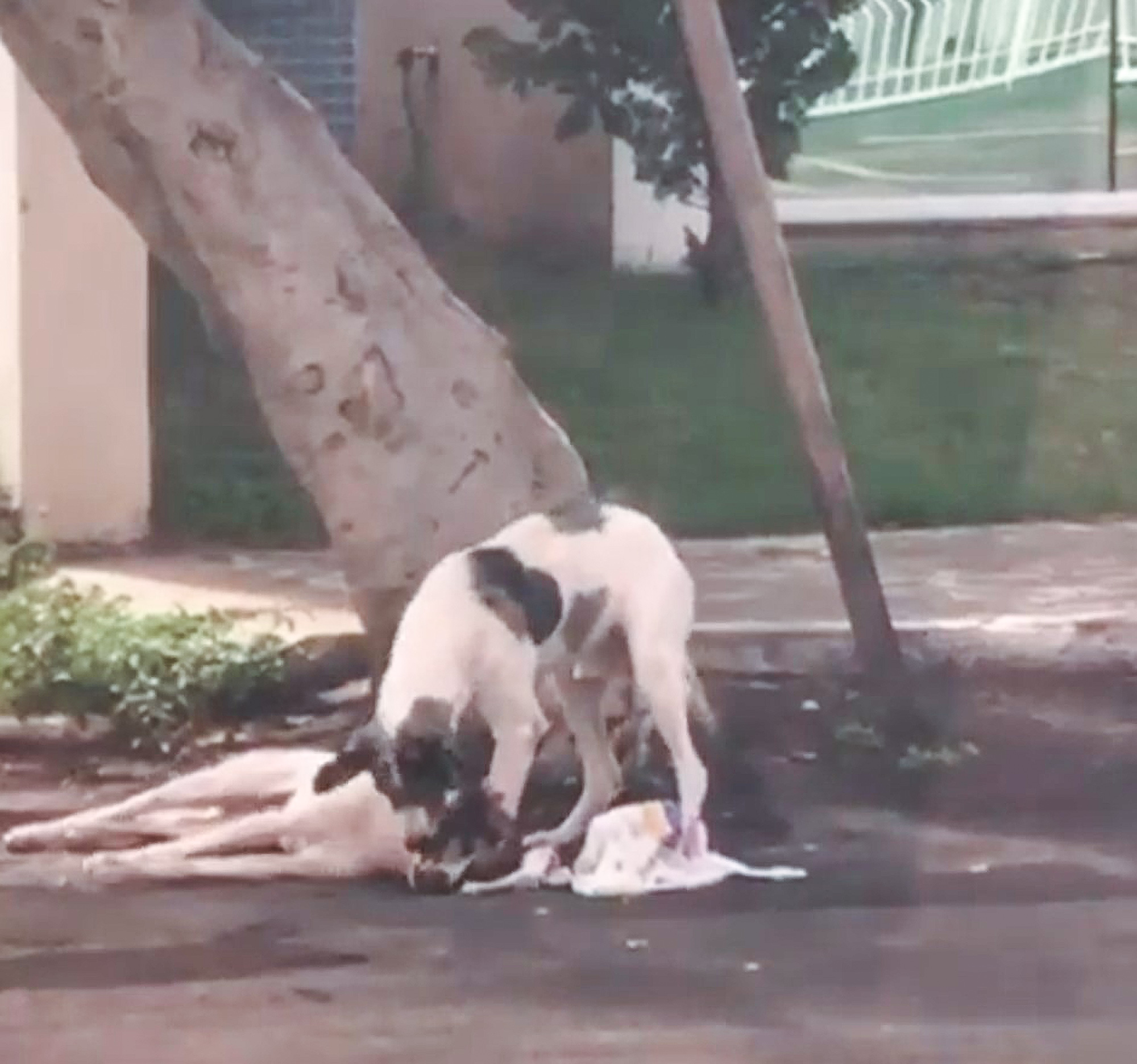 The dog can be seen standing guard and licking its companion in Iguatu town centre.

Thankfully, it caught the attention of a local animal charity, Adota Iguatu, who found the dogs in the exact same place the following morning.

They named the strays Caju and Castanha after completing the roadside rescue.

Nurse Marina Assuncao told local media: "We were unable to go to the location on Sunday afternoon because we had no available vets.

"But on Monday morning we received news that both of them were in the same place.

"I went there with my friend, who is a vet, and we took the injured dog to a clinic." 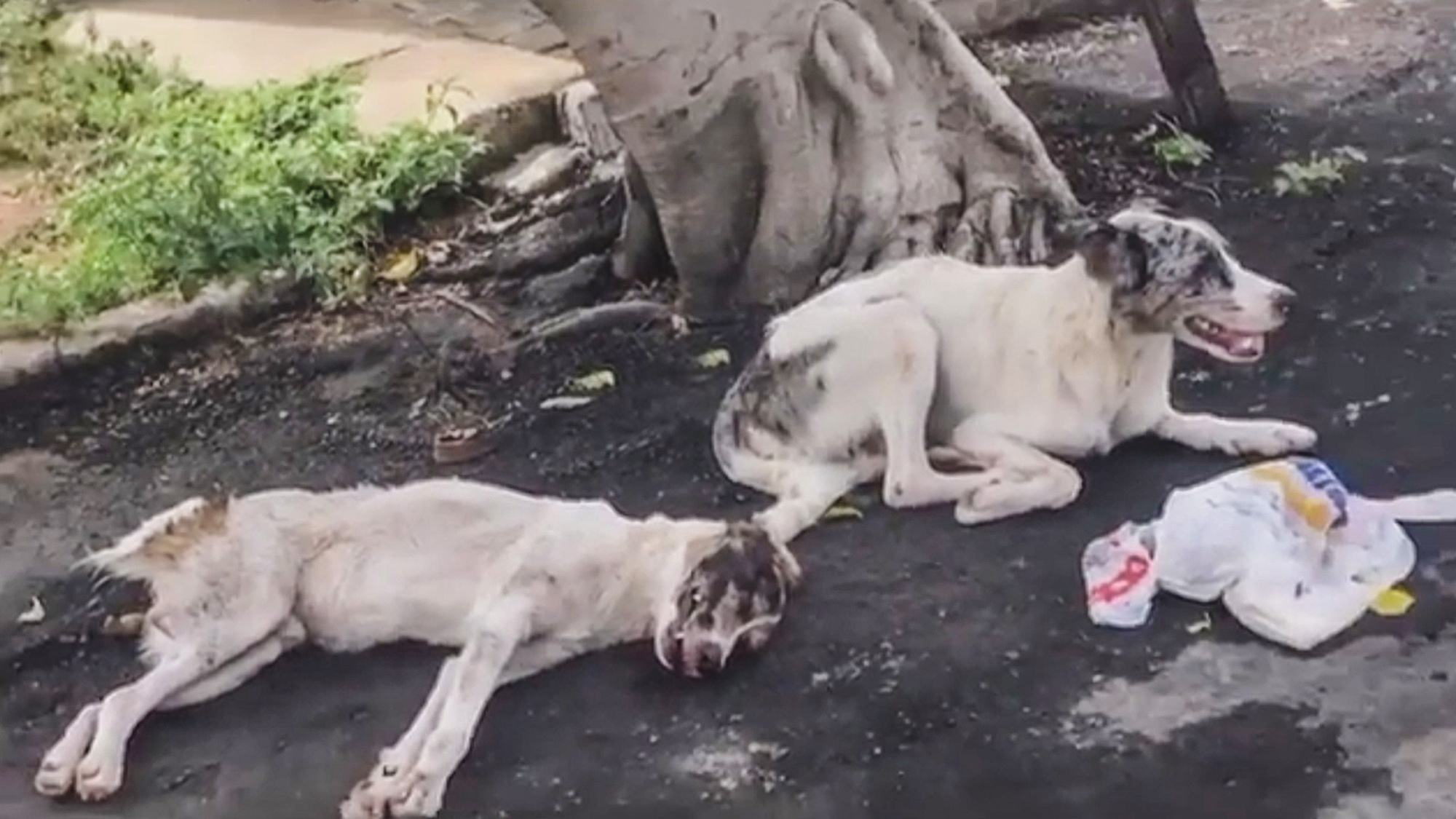 When they approached, the uninjured dog became aggressive and protective of its friend, before the vets managed to win over its trust.

Marina explained: "It stayed close to the injured dog the whole time.

"It licked it and ran its paws over its body as if it were trying to revive it.

"When we put the injured dog in the car, the other one had already jumped on the seat and stayed with its pal right up to the moment it received treatment in the clinic."

The wounded dog was given food, water, and medication after being rescued.

It remains unable to walk and will soon be seen by an orthopaedist expert to see if it suffered any fractures to the ribs or spine.

The duo have been provided temporary homes while the injured animal receives ongoing treatment. 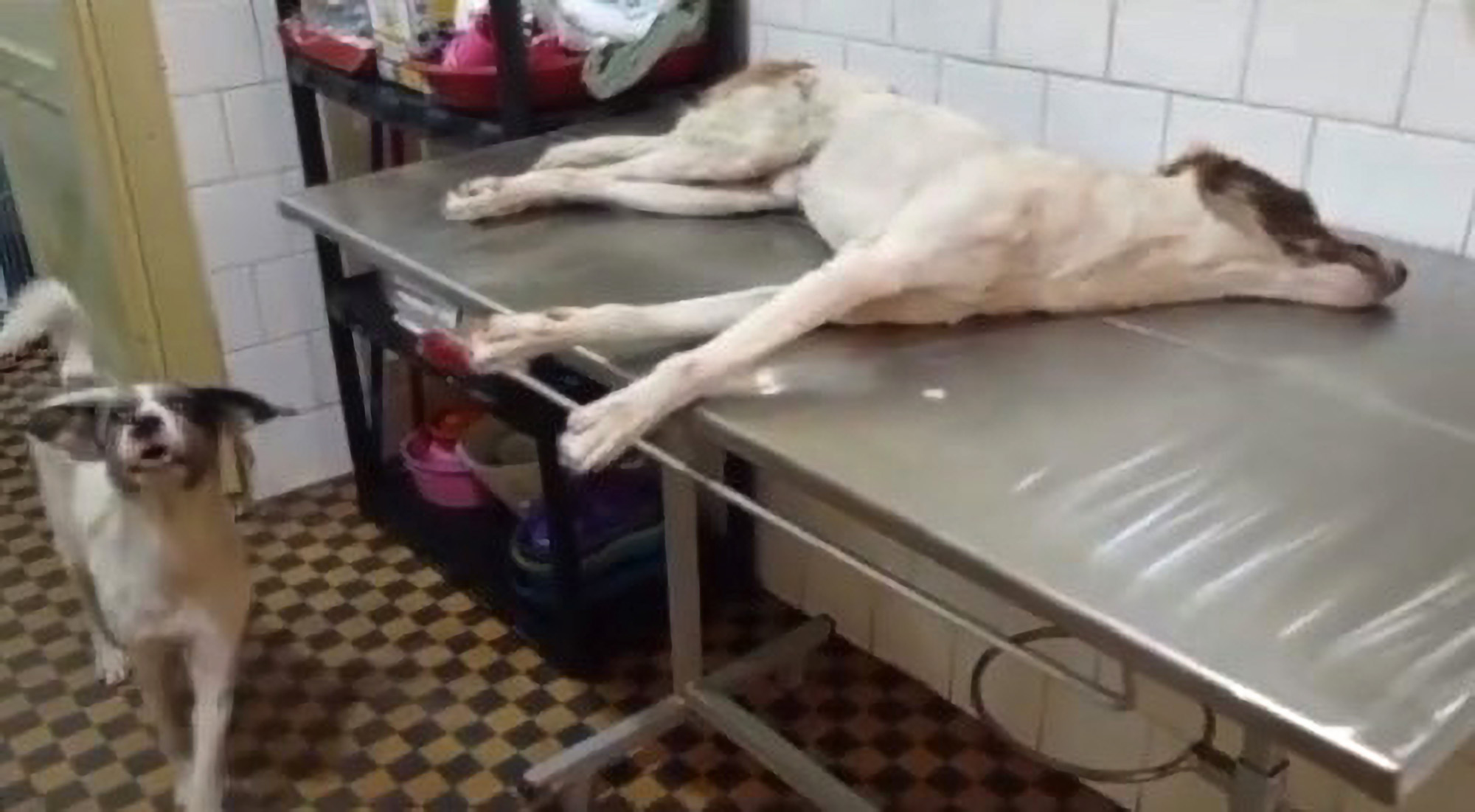 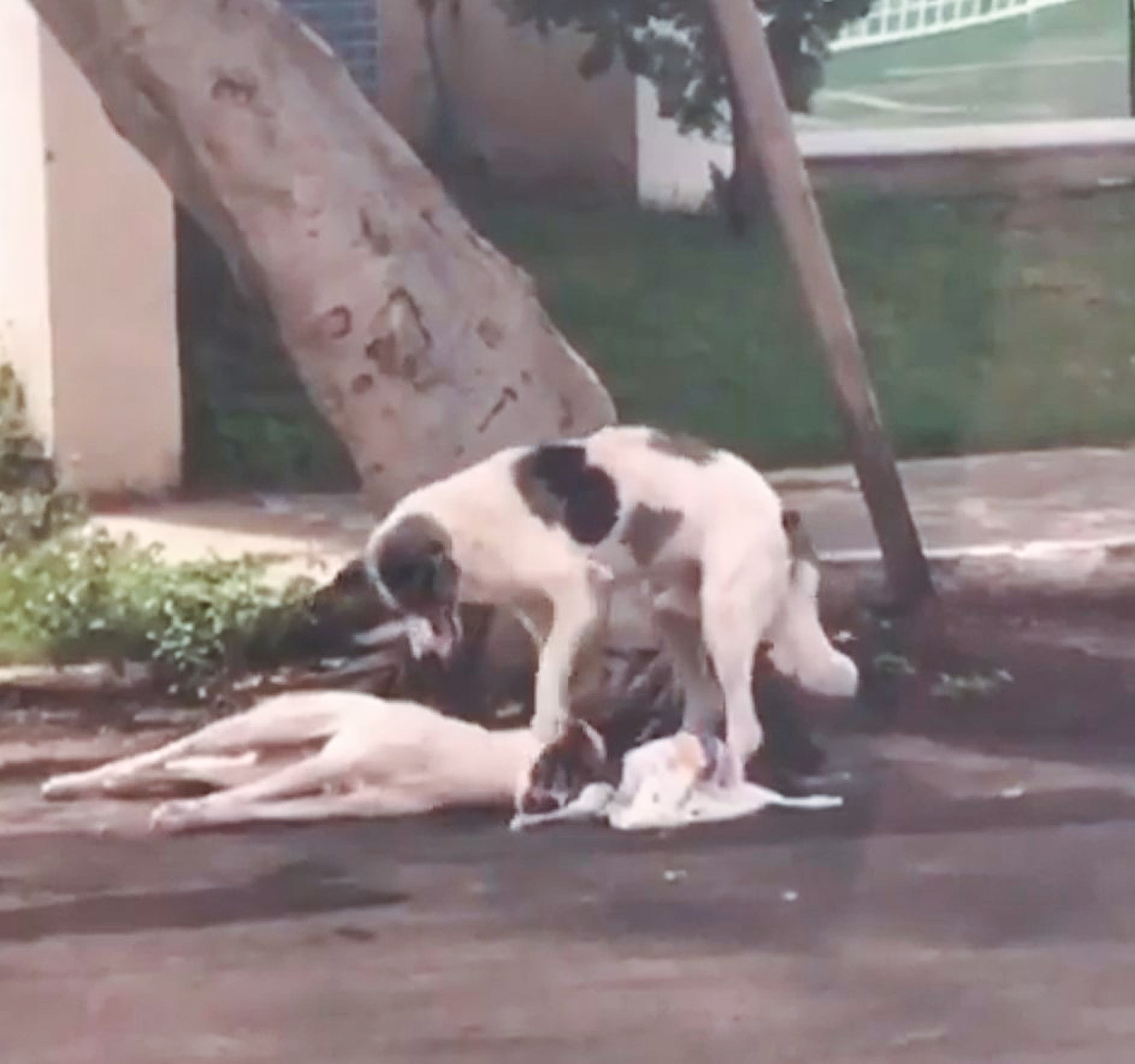 Marina praised the "companionship" between them and suggested they could be related.

"We are not sure if they are siblings," she said.

"They must be the same age, between nine months and one year old.

"We were taken by the companionship displayed by the other dog towards the injured one the whole time, from the moment of the accident to the arrival at the clinic and now at their temporary home."

Adota Iguata has launched a campaign to help raise funds to continue the animals treatment.

They hope to put the dogs up for adoption together and have already reported interest.

Last month, a devoted dog followed an ambulance and waited outside a hospital for five days while its owner received treatment in Turkey.

A year ago, another pet waited inside a Wuhan hospital for more than three months hoping to be reunited with his beloved owner – who had died from coronavirus.

Another loyal hound had to be forcibly removed by police when he was found lying next to his dead owner after he was hit by a train in Mexico. 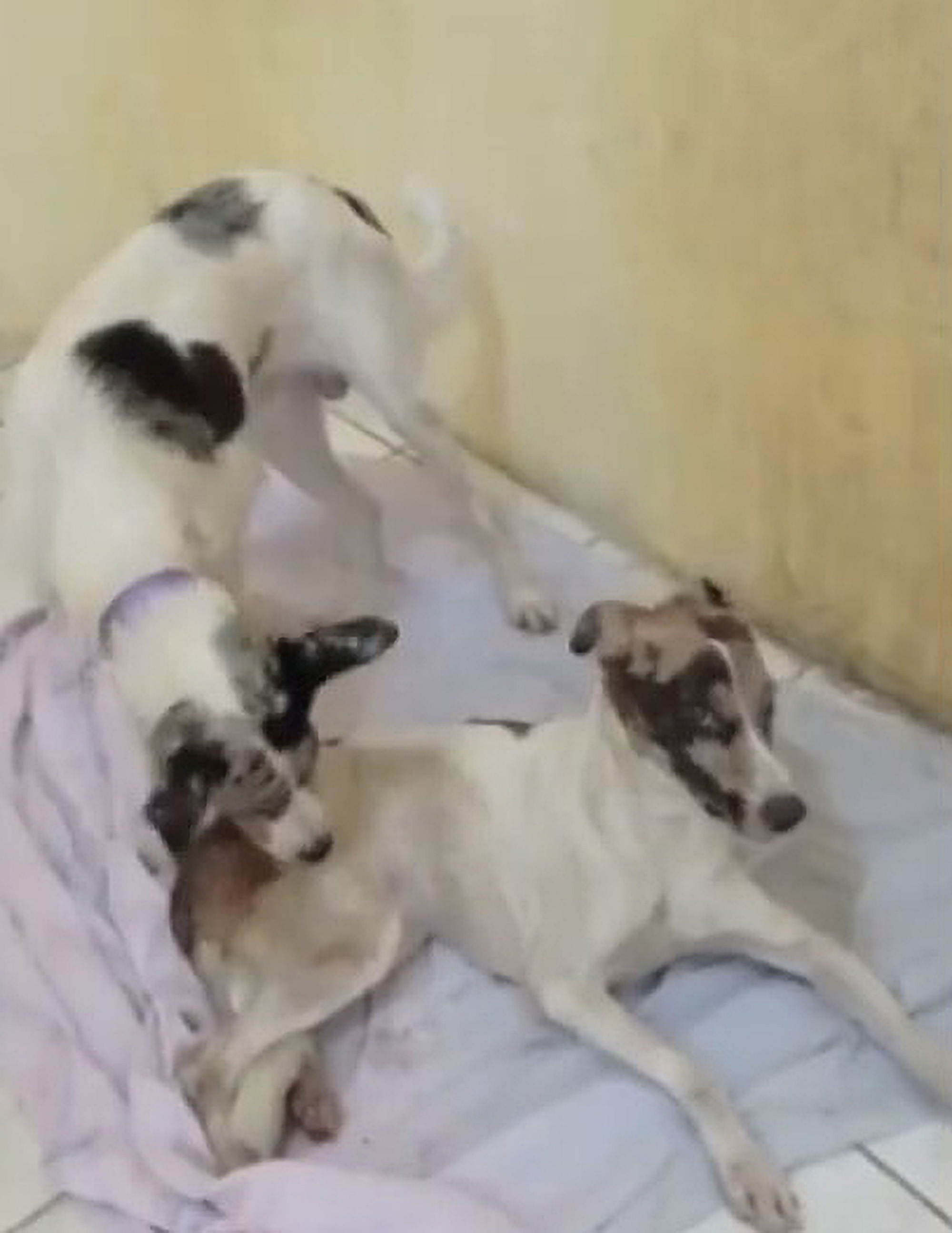