Pensioner, 85, was beaten by fellow care home resident who smashed a radio over his head and ‘bit his fingers to the bone’ in ‘crazed’ attack

A man in his mid-eighties was brutally beaten by a fellow resident in a Leicester care home in what his family described as a crazed attack which lasted nearly an hour.

James Hand, 85, was taken to hospital with injuries to his face, hands and legs after the assault on September 28 at Meadows Court care home, in Aylestone.

Emergency services were called to the scene and Mr Hand was rushed to hospital for treatment. His fingers had been nearly bitten to the bone, Melanie Dolman, partner of Mr Hands’ son, said.

She said: ‘We were in total shock. He smashed his radio over his head, he ripped the call bell out the wall, the pressure pads which should have sent an alarm out weren’t working. He hit him with his zimmer frame, smashed him with a tv remote controller.

‘How he didn’t kill him I have no idea – the radio was very heavy and weighty and he had that bashed over his head multiple times.

‘He was bitten on his head, which meant he required stitches, he bit his fingers right down to his bone and may need plastic surgery or skin grafts on his hands. This man hit James with anything he could lay his hands on in the room.’ 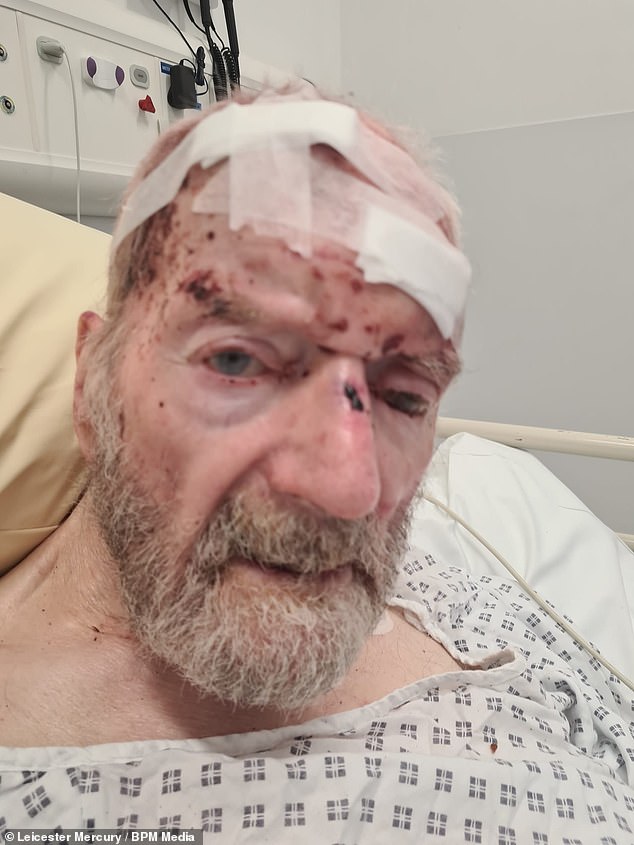 James Hand, 85, was taken to hospital with injuries to his face, hands and legs after the assault on September 28 at Meadows Court care home, in Aylestone

She said Mr Hand is ‘lucky to be alive’ after the sustained attack, which went on in his own bedroom for 50 minutes before staff were alerted to the commotion.

The 77-year-old man who attacked Mr Hand was not flagged as having behavioural issues in assessments carried out before the attack.

He was arrested, but could not be interviewed by police and is deemed not fit enough to be charged with a criminal offence.

Ms Dolman had questioned why staff at the home didn’t intervene sooner.

She said: ‘I told the manager if you knew he was in there for 50 minutes, why didn’t you go to him? Supposedly at around five past seven, the cameras showed him walking in and then around 53 minutes later the feed showed the carers running in.

‘Why weren’t they checked on by staff? He was brutally attacked in his own bed for 50 minutes and nothing was done until they later heard the commotion. He could have died.’ 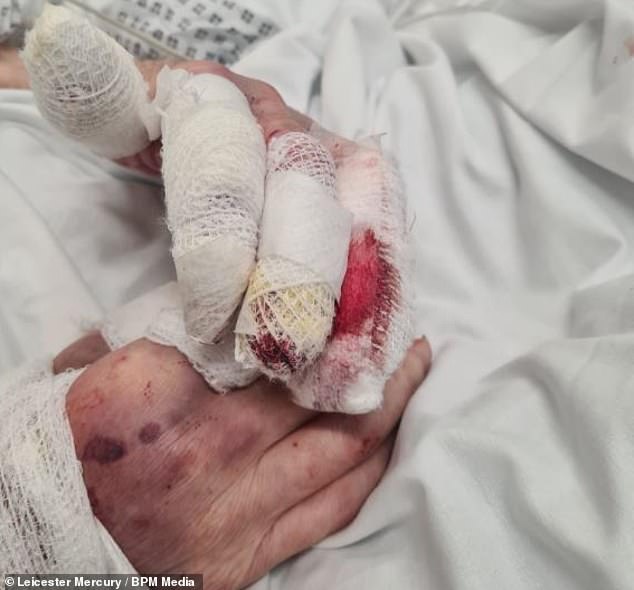 His fingers had been nearly bitten to the bone, Melanie Dolman, partner of Mr Hands’ son, said

Meadows Court said the alarm call bell in Mr Hands’ room was deliberately broken in the attack and admitted staff did not hear a sound coming from the room.

But a spokesman added: ‘Staff took immediate action when they were alerted to a resident in distress, including administering first aid and alerting the authorities.

‘Providing quality care to our residents in a safe environment is our absolute priority and while this was clearly a distressing event, multiple investigations – including by Leicester City Council and the Care Quality Commission – have confirmed that the home’s staff acted appropriately before, during and after the incident in September.

‘Everyone was pleased to see the resident’s recovery when he returned to the home following the incident.’

Mr Hand has since recovered from his injuries, moved into a new care home closer to his family in the West Midlands and is now in ‘good spirits’.

‘He’s had his haircut, gets freshly shaved, looks nice and clean and is so happy – it’s amazing to see. It is a sad story what happened, but has a happy ending and he’s now a different man,’ she said.

‘He’s getting up, building up his strength slowly and starting to become himself more. He’s smiling, laughing, it’s brilliant to see that as we haven’t seen that for years.’

Leicestershire Police said the assailant was released back into the care of the health service following the investigation and medical assessment.

It was determined he was not fit to be interviewed or for any potential legal proceedings.

A spokesperson said: ‘The officer in the case provided a full update and explanation to the victim’s family in relation to the decision made.’

Investigations into the incident were launched by both Leicester City Council and the Care Quality Commission, which rated the home as ‘requires improvement’ in its last inspection. The city council declined to comment until the matter is officially concluded.

A spokesperson for the CQC said: ‘We have liaised with the provider to determine the full circumstances around the incident, and have been assured they took immediate action to ensure people’s safety.’ 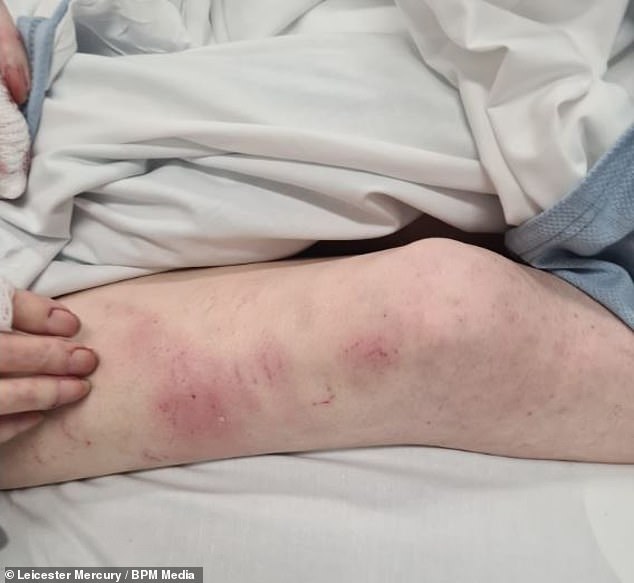 Mr Hand has since recovered from his injuries, moved into a new care home closer to his family in the West Midlands and is now in ‘good spirits’