A suicidal man who urged a Seattle cop to kill him as he approached with a large knife was fatally shot as he ignored commands to stop, harrowing video shows.

A Port of Seattle cop alerted the Seattle Police Department late Tuesday that a “suicidal subject” had a knife to his neck near the city’s waterfront, according to audio of the police call released Wednesday.

The armed man cut himself while walking along Alaskan Way and Seneca Street, the cop told dispatchers.

When officers arrived shortly after, bodycam footage shows Seattle PD cops encountering the man as he wielded a knife while walking past Pier 56.

The officer jumps out of his police cruiser and orders the man to stop walking and put down the weapon, but he ignores the commands — and tells the cop to shoot him.

The man was shot just feet away from the officer as he held the large kitchen knife above his head. The bloodied weapon was recovered from the scene, where the victim was pronounced dead, police said.

Seattle police said Wednesday that Port of Seattle police officers tried to use less-lethal methods prior to the fatal shooting, but they were ineffective. It was unclear what steps were taken to de-escalate the confrontation, the Seattle Times reported.

The victim had not been identified by the King County Medical Examiner’s Office as of early Thursday, according to the newspaper. 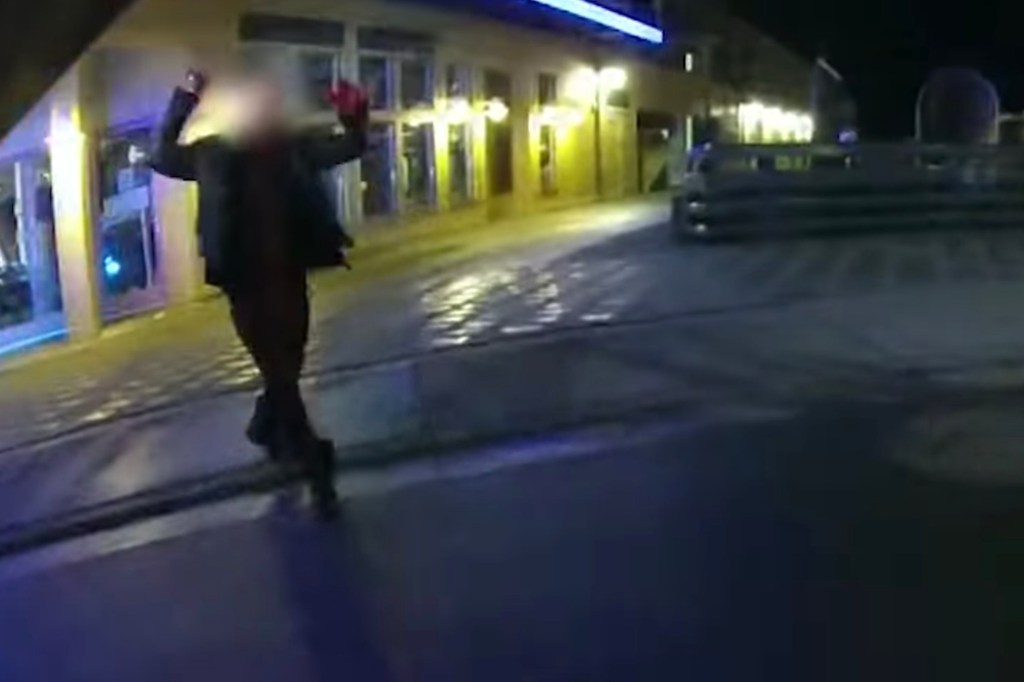 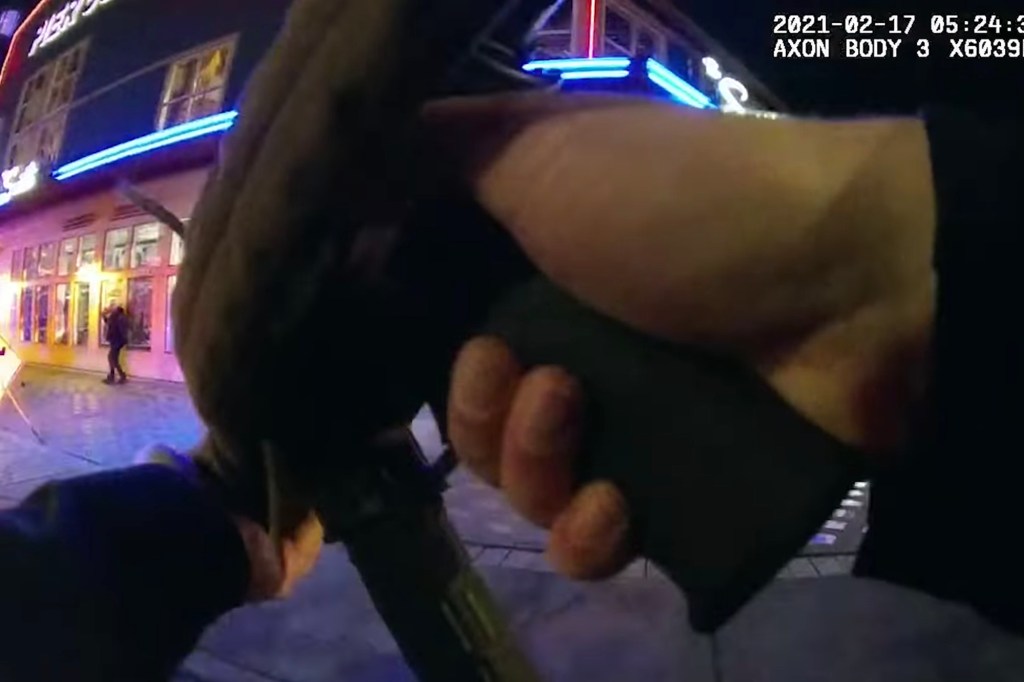 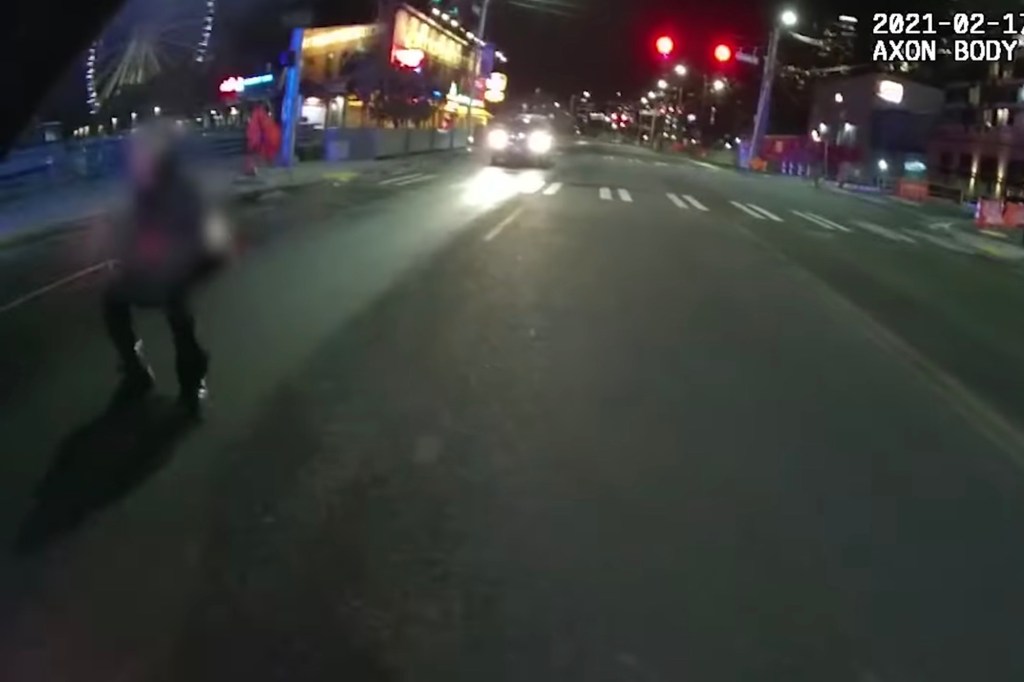 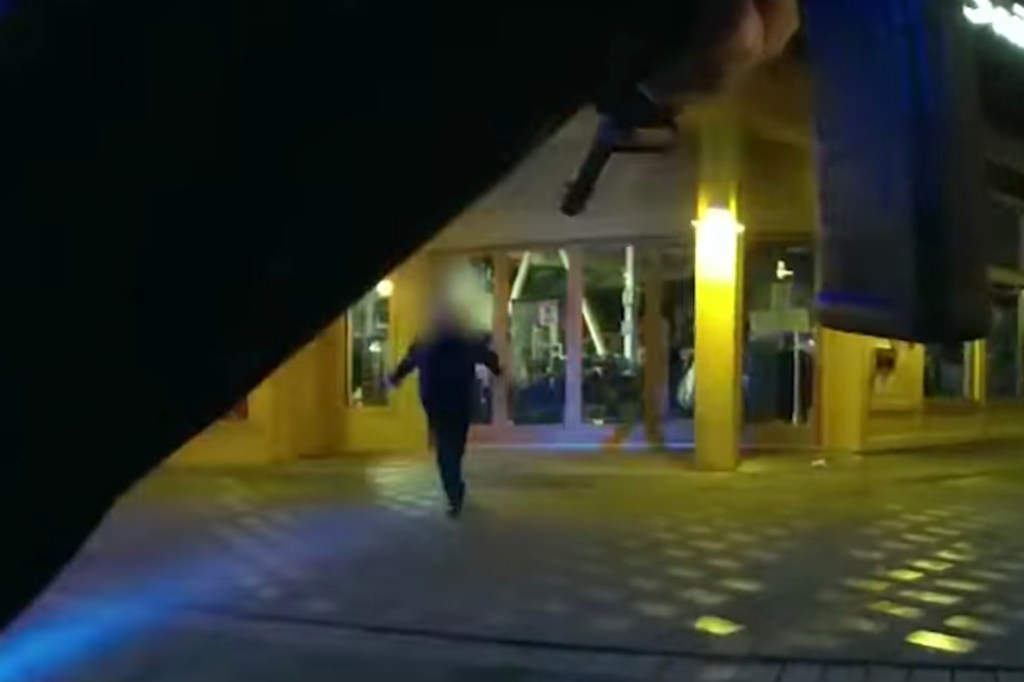 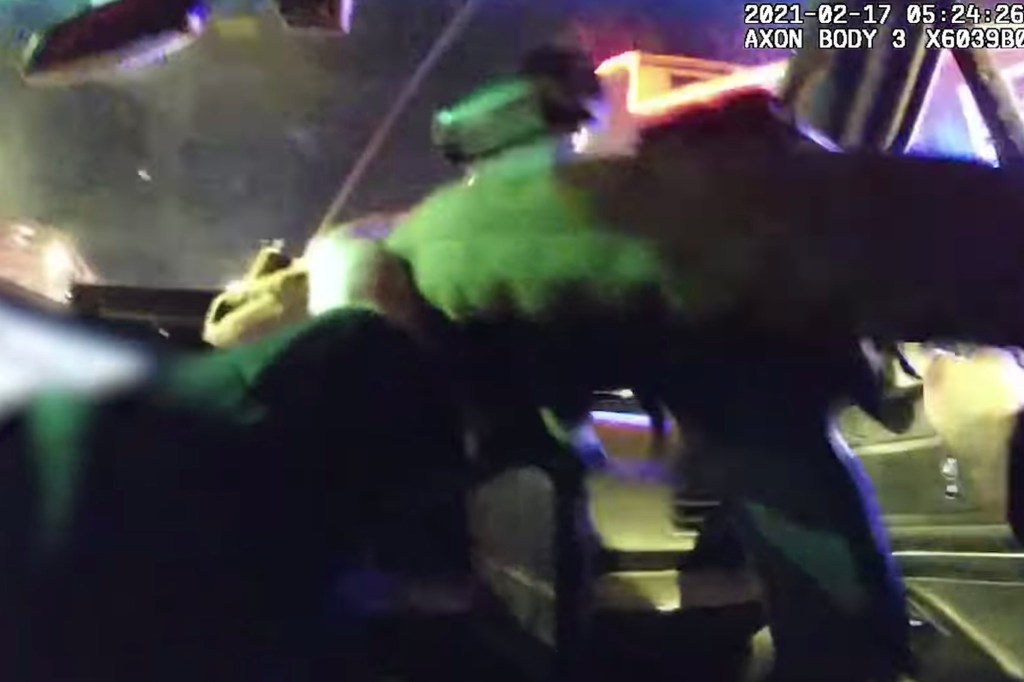