AN ANGEL McDonald's worker who paid for a customer’s meal has been performing the random acts of kindness in secret for MONTHS.

Student Enya Vegnere, 19, left Joshua Henry, 25, speechless when she used her own bank card to pay for his food at a drive-thru. 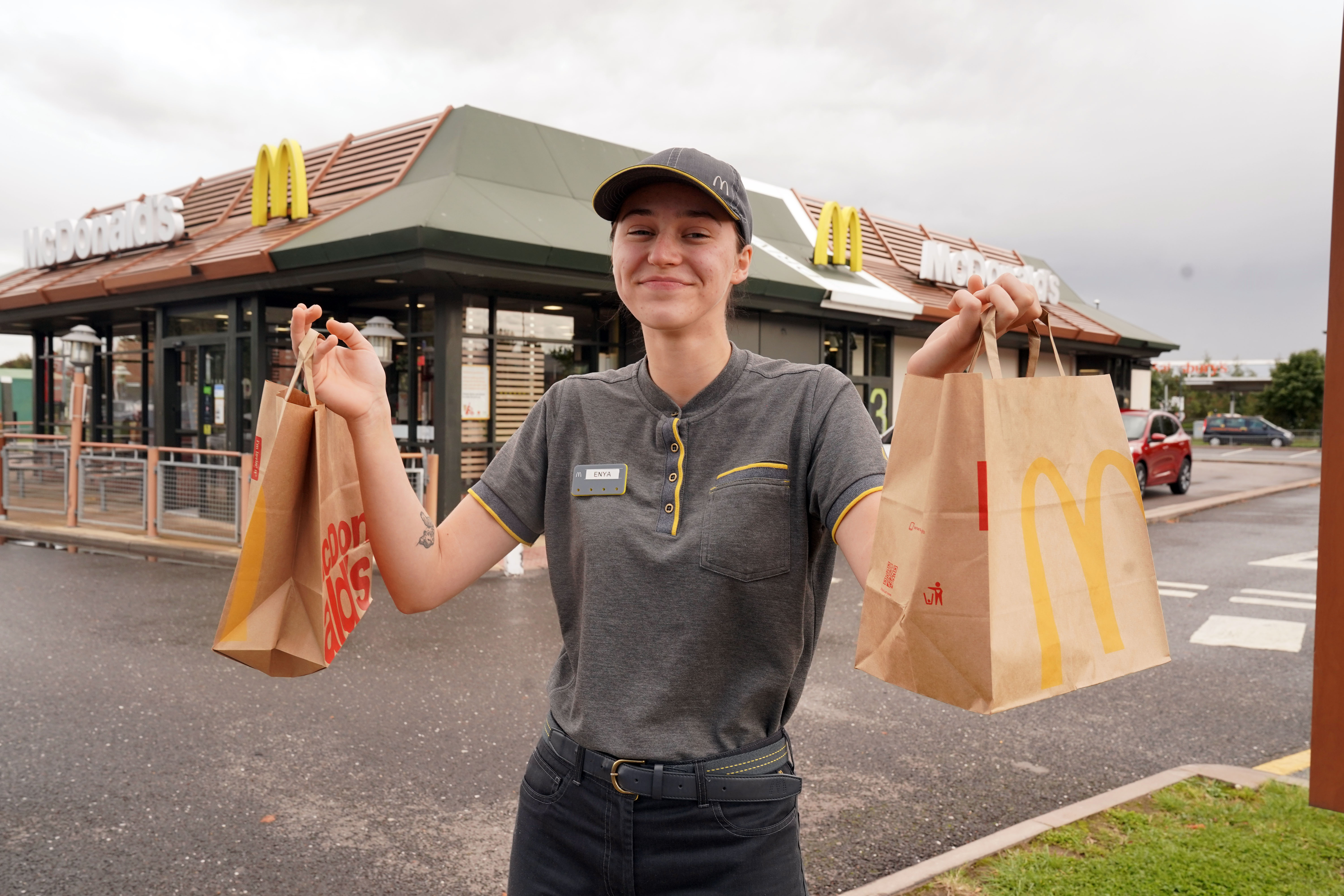 She today revealed how she has been paying for customers’ meals for weeks – and the secret behind getting a free meal.

Enya, from Coventry, West Midlands, is paid £7.25-per-hour but has spent more than £50 on random acts of kindness to customers.

She often pays for a coffee here or a burger there when she feels people would appreciate it.

Single Enya said: “I couldn’t tell you how many times I’ve done it.

“I don’t do it for rude customers – just the people who are polite to me.

“My motto is ‘takers eat better but givers sleep better’. I don’t do it for recognition – I just think it’s nice to do nice things for people.

“You never know what someone is going through and what a kind gesture could do.”

In a sweet clip posted online by Joshua, Enya was filmed paying for his meal after he phoned his mum to ask if she wanted anything from McDonald’s.

Joshua can be heard asking the worker: "So you're gonna pay for my meal?"

Enya, a first year finance student, replied: "Yeah because you called your mum and asked if she wants anything from McDonald's." 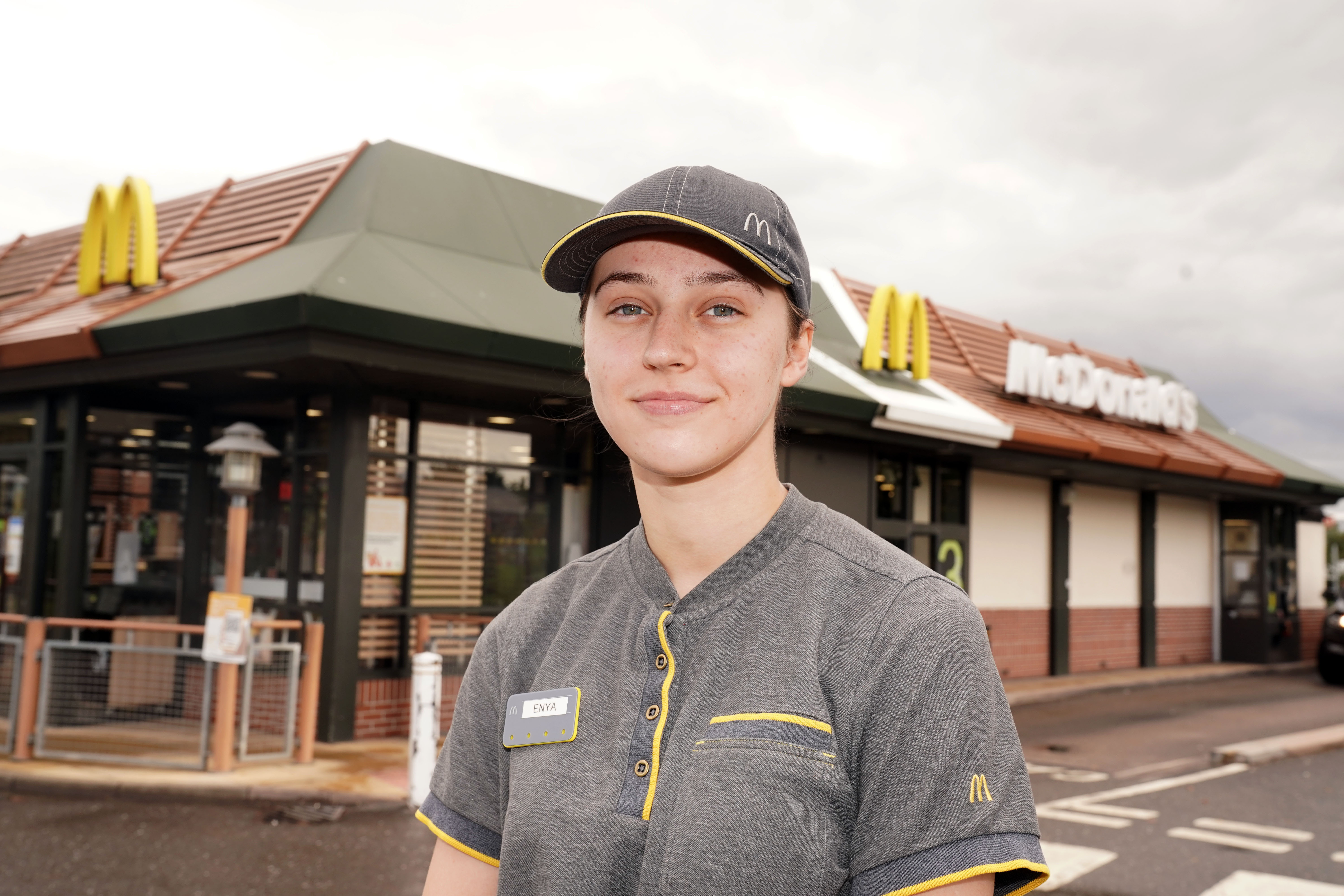 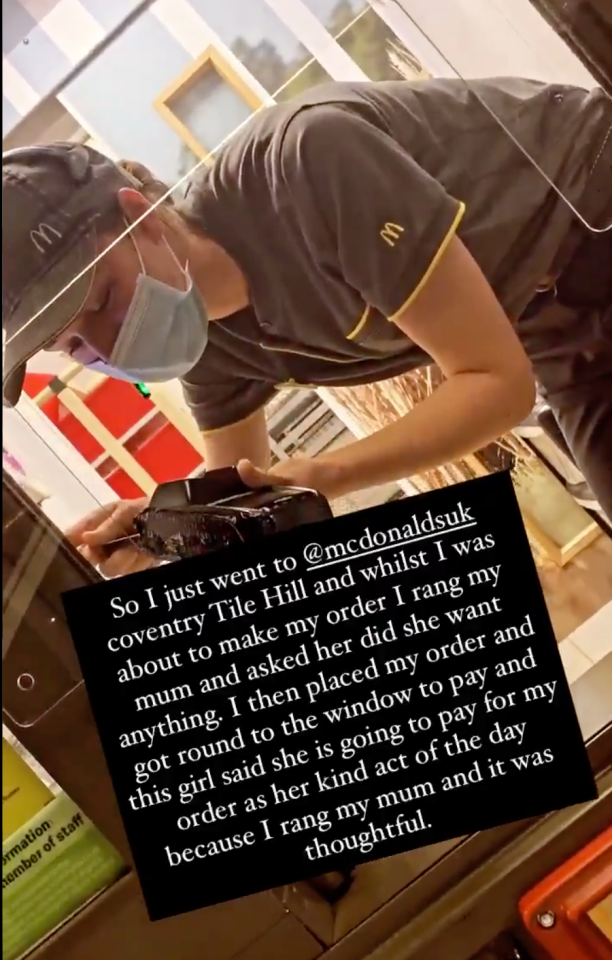 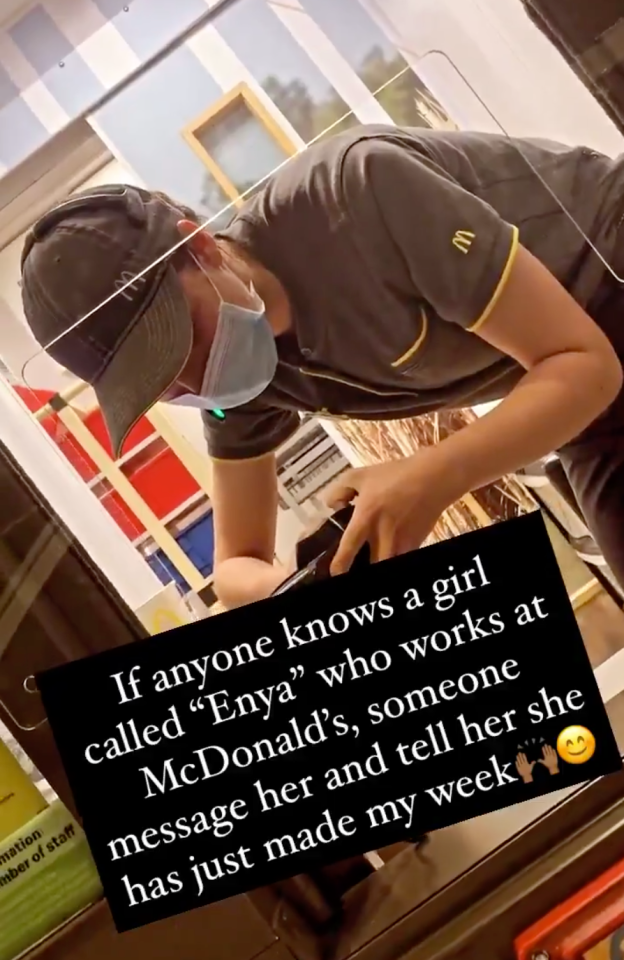 Joshua said that he didn't expect to get a free meal, adding: "Proper cheered me up after having a depressing day with the fact I’m at high risk of redundancy."

Hardworking Enya told The Sun Online: “I thought it was cute that he called his mum – not everyone is that considerate of their parents.

“I thought why not reward his thoughtfulness – it was only £4, a hot chocolate and a couple of burgers.

“He was made up and he got in touch later to say thank you. He said it made his week. But it was really nothing, I didn’t want any recognition or praise.

“Some people do kind things with the expectation that they will get something back in return but that’s not the right way to do it.

It’s probably the kindest McDonald’s in the country

“You shouldn’t expect something back.”

Enya, who has worked at McDonald’s since January, revealed her colleagues were unaware of her generous gestures – but that her workmates always go out of their way for customers.

She added: “It’s probably the kindest McDonald’s in the country.

"We’re such a good team and everyone goes above and beyond. It’s a great place to work.”

Joshua, a rapper by the name of Josh-U-R, told Sun Online he had already paid forward the act of kindness.

He said: “Enya’s a credit to her family.

“She made my week and put a smile on my face. I spoke to the manager of the McDonald’s on Twitter and tried to get her an extra day’s holiday but I don’t think it worked.

“But I paid it forward in Greggs yesterday by buying a meal for the person in front of me.

“They also were thankful and said they would pay it forward.”