Two South Australian men missing at sea for five days are "in relatively good spirits and in good health", just hours after the police search for their vessel was called off. 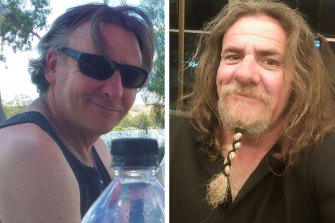 Derek Robinson and Tony Higgins have been at sea since last Thursday.Credit:South Australia Police

The pair reported engine trouble to a friend about 11pm on Friday, telling them they were going to divert to nearby Kangaroo Island.

The men did not make any more contact and a large rescue operation was launched on Sunday.

However, just hours after the operation was suspended, Mr Higgins made a call to Victor Harbor police station, notifying them that they were located at Salt Creek, along the Coorong. 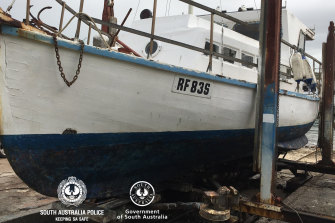 A police operation is under way on Thursday morning to locate the men.

"Our water operations unit are working now and a search and rescue aircraft is on the way from Canberra," a South Australia Police spokesperson said, adding that the men were "in relatively good spirits and in good health".

The rescue team was expected to reach the men before 7am.