Ministers have raised the prospect of splitting low-infection rural areas from urban hotspots when they conduct the first formal review of the Government’s coronavirus tier system tomorrow.

The decision to impose tiers at a county or local authority level sparked Tory fury because it meant villages with only a few cases were dragged into tier 3 due to their proximity to a town or city with a high rate of infection.

But Health Secretary Matt Hancock has signalled to MPs that the review will look at ‘decoupling’ areas in a move which should quell a brewing Conservative backbench rebellion.

It came as London prepares to move into tier 3 from midnight this evening after ministers acted before the formal review to toughen restrictions in the capital and the commuter belt after a spike in infections.

The decision has sparked business fury and Sadiq Khan, the Labour Mayor of London, said this morning the stricter curbs will be ‘catastrophic’ for firms over the festive period.

Mr Khan urged the Government to bring forward more financial help for businesses as he accused ministers of ‘retrofitting solutions based on an ineffective tiering system’ instead of looking at what measures would be best at stopping the spread. 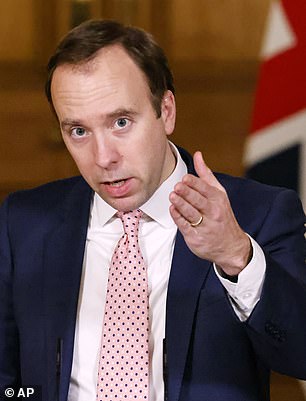 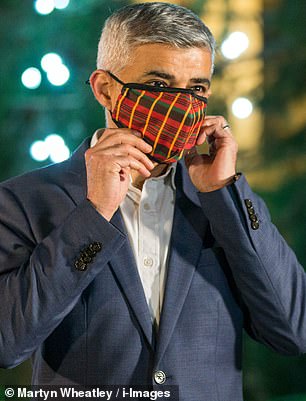 Matt Hancock has signalled low-infection rural areas will be split from urban hotspots when the Government reviews its tier system tomorrow. Sadiq Khan has warned moving London into tier 3 will be ‘catastrophic’ for businesses 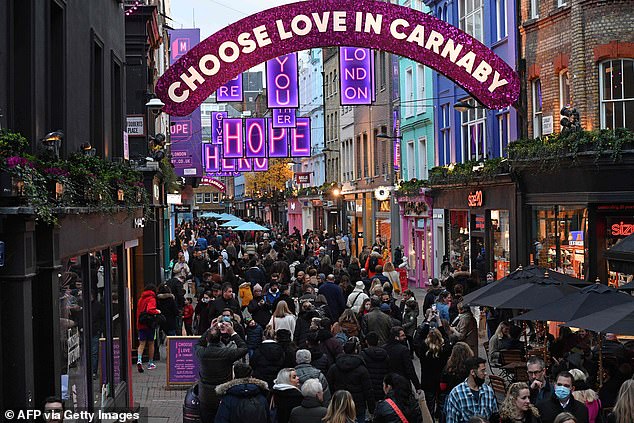 Moving the capital to tier 3 from midnight this evening will force hospitality firms to close, apart from for takeaway. Carnaby Street is pictured on December 12 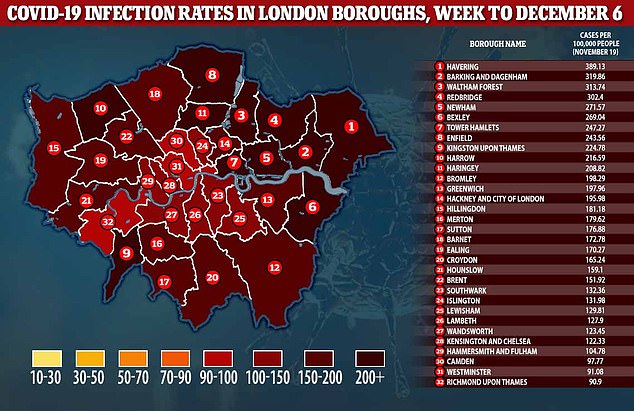 Mr Hancock yesterday appeared to commit to splitting low-infection rural areas from urban hotspots as he answered questions from MPs in the House of Commons.

He was told by Alicia Kearns, the Tory MP for Rutland and Melton, near Leicester: ‘We have to get rates under control if we are to be decoupled from Leicester city, remain at most in tier 2 in Rutland, and protect ourselves from this new variant.’

Mr Hancock replied: ‘I would say to residents in Melton and Rutland that we will look at Leicester, Leicestershire and Rutland separately when we make the decision on tiering on Wednesday.

‘Those in Rutland who are in tier 2 still need to work at it and do their bit to try to keep Rutland in tier 2, and, of course, hopefully get to tier 1. It is so important that everybody does their bit.’

Andrew Bridgen, the Tory MP for North West Leicestershire, welcomed the Health Secretary’s remarks and tweeted: ‘Matt Hancock just confirmed in the HoC the assurance he gave me at the weekend.

‘Leicester and Leicestershire will be looked at separately. We are being decoupled from Leicester and should be in tier 2 soon if infection rates remain low. Result.’

The decision to move London and parts of Essex and Hertfordshire into tier 3 from this evening affects almost 10.8 million people and means 61 per cent of England’s population will be under the toughest restrictions from Wednesday.

It will have a devastating impact on the capital’s nightlife, with theatres forced to shut and pubs and restaurants closed apart from takeaway and delivery services.

Warnings to avoid travel to tier 3 areas will also deprive some of the UK’s busiest shopping centres of trade at a crucial time of year.

Mr Hancock said higher infections in the South East may be in part due to a newly identified variant of coronavirus which is spreading faster than the existing one.

Mr Khan today urged Londoners to stick to the new rules as he demanded ministers boost support for affected firms.

He told BBC Radio 4’s Today programme: ‘Whatever you think about the tiering system it is important that all Londoners follow the rules and from midnight tonight we must abide by the rules. 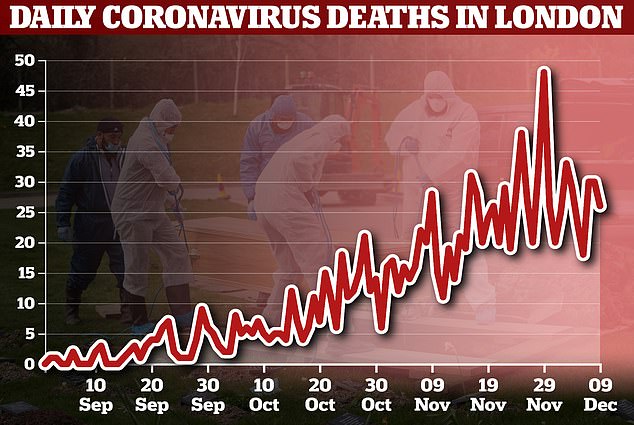 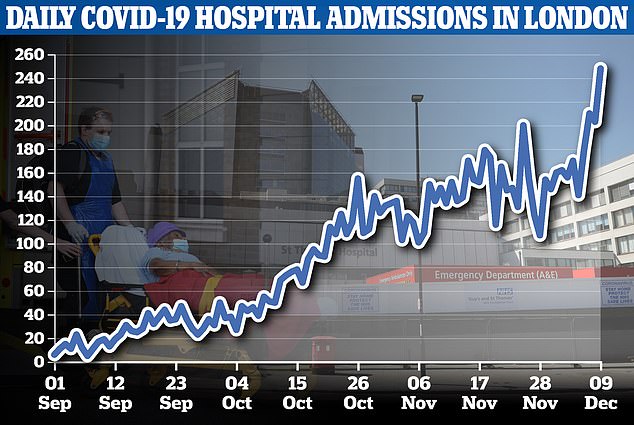 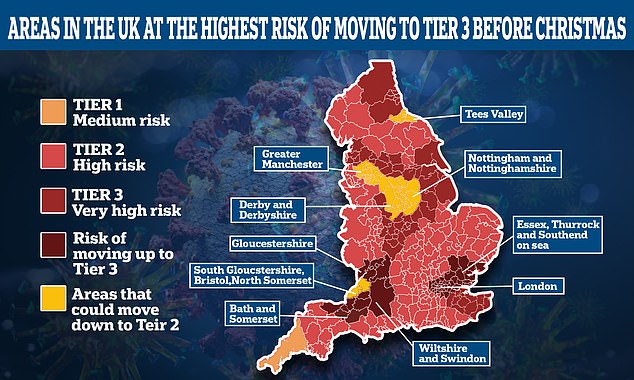 ‘None of these children by the way go to pubs, bars, restaurants and cultural venues.

‘So yes, we are moving into tier 3 tonight from midnight. It will be catastrophic for our businesses. The Government needs to step in and support them.

‘My concern is that the Government is retrofitting solutions based on an ineffective tiering system rather than look at the virus and what we could do to stop it spreading.’