Minnesota authorities said a heavy security presence will be in place for the upcoming murder trial of ex-Minneapolis cop Derek Chauvin in George Floyd’s death. 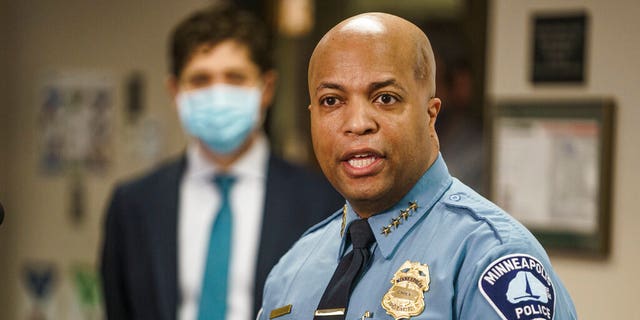 “We are not going to be caught flat-footed,” Minnesota Public Safety Commissioner John Harrington told the station.

Authorities have been hatching security plans for the trial since July, when outrage over Floyd’s death on May 25 while in police custody sparked massive protests worldwide.

Chauvin, 44, was seen on a viral video pressing his knee against the back of a handcuffed Floyd’s throat for more than eight minutes despite his pleas that he couldn’t breathe.

Chauvin is charged with murder in the case, and three other former cops — J. Alexander Kueng, Thomas Lane, and Tou Thao — will be tried separately on charges of aiding and abetting murder.

Authorities said a Joint Information Center will be set up to coordinate security during the trial, which is set to being with jury selection on March 8 and opening arguments scheduled to get underway no earlier than March 29.

The trial at Hennepin County District Court is expected to last 2 to 4 weeks.

Minneapolis was wracked by looting and protests after video of Floyd’s death began circulating, and officials said they’re reviewing how the city — and other municipalities — handled unrest and high-profile trials in the past.

“Fool me once, shame on you,” Harrington said. “Fool me twice, well we all know how that ends. We are committed as part of the unified command to learn from history and not repeat it.”