SCOTS loyalists have gathered to 'protect' a Glasgow war memorial in George Square for the second day in a row as missiles were lobbed between rival protester groups.

The Loyalist Defence League urged followers to head to the city centre yesterday Cenotaph to make sure the monument is not defaced. 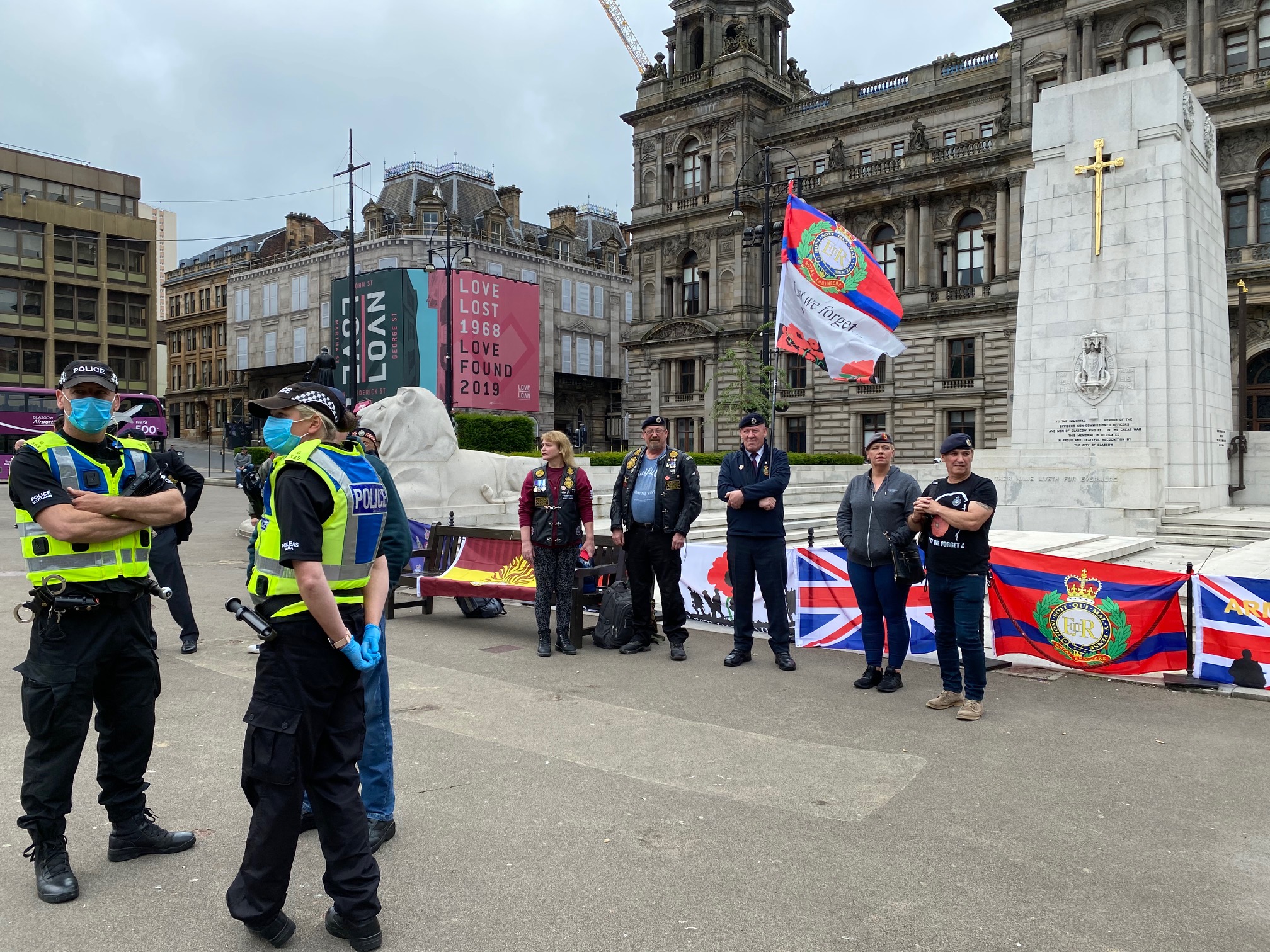 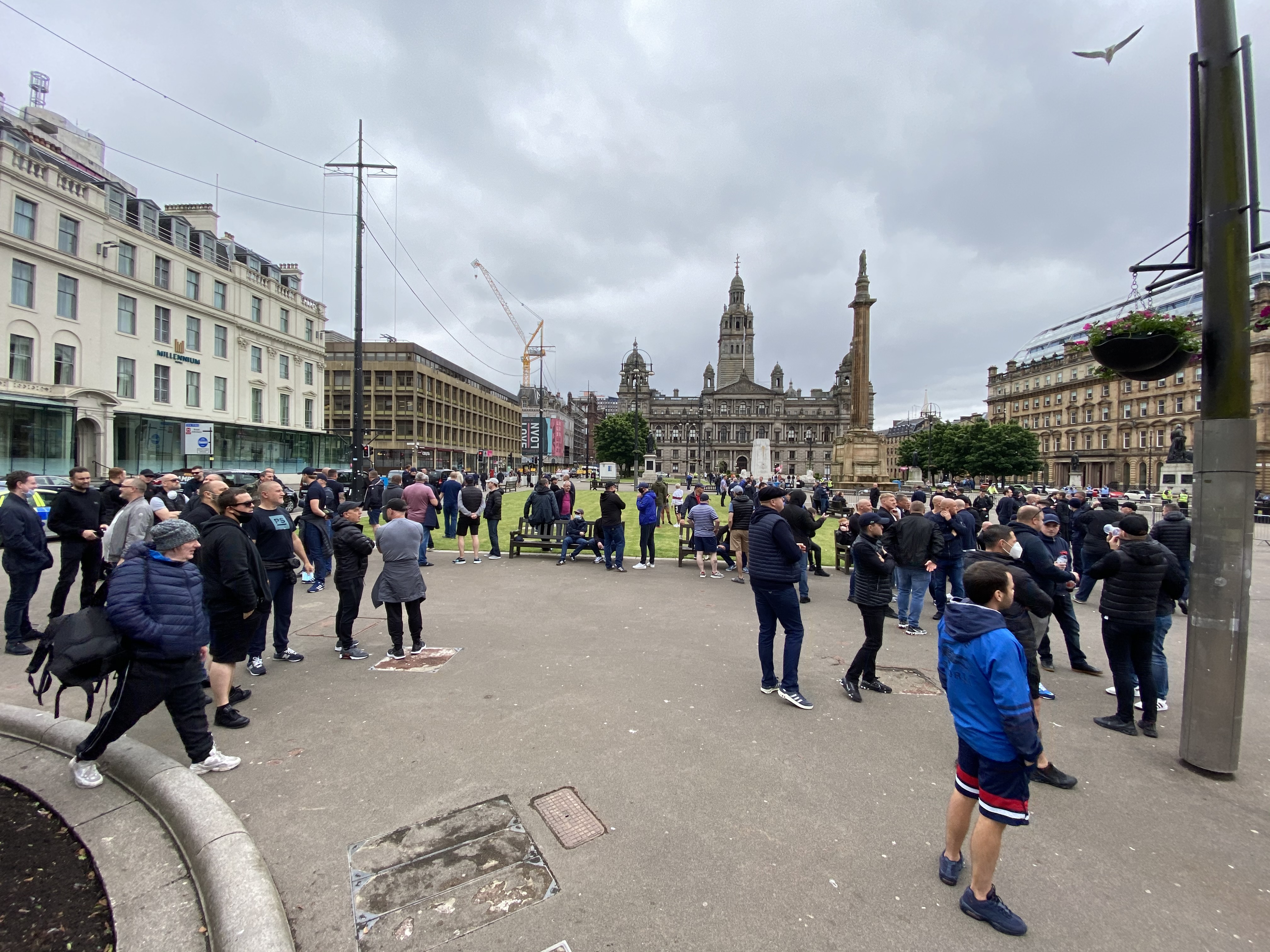 But large crowds have turned up at the memorial this afternoon too, after a number of statues and monuments were vandalised across the UK.

A sizeable police presence is also on the scene in the city centre amid the protests.

Officers have already blocked off North Hanover Street close to Queen Street station, with cops kitted out in safety gear with batons also on the scene.