A 17-year-old boy – named by the police as Oliver – went missing a week ago today while he cycled on a white mountain bike around Alice Holt Forest at 11.45am

The distraught family of a missing 17-year-old boy who disappeared into a forest a week ago today were asking people helping in the search to keep an eye out for ‘den-like structures’ he might have created.

The cheerful boy, named only by police as Oliver, had told his family he was going for a forest bike ride with his white mountain bike in the morning on March 19, but had not been seen since.

Investigators said the restrictive circumstances the country was now under to stop the spread of COVID-19, could hamper the search for the teenager.

Oliver’s bike was later found tied to a farm gate and detectives believe he might also have left his dark-coloured Vodafone Smart N9 mobile phone in a part of the royal Alice Holt Forest in Surrey.

A spokesman for Surrey Police said: ‘Oliver may be off the beaten path in any woodland area nearby, so we are asking walkers to be aware of this and to look out for any den-like structures.

‘We would also like the public to keep an eye out for his phone which may be in the Rowledge area of Alice Holt Forest. It is a grey or black Vodafone Smart N9 mobile.’ 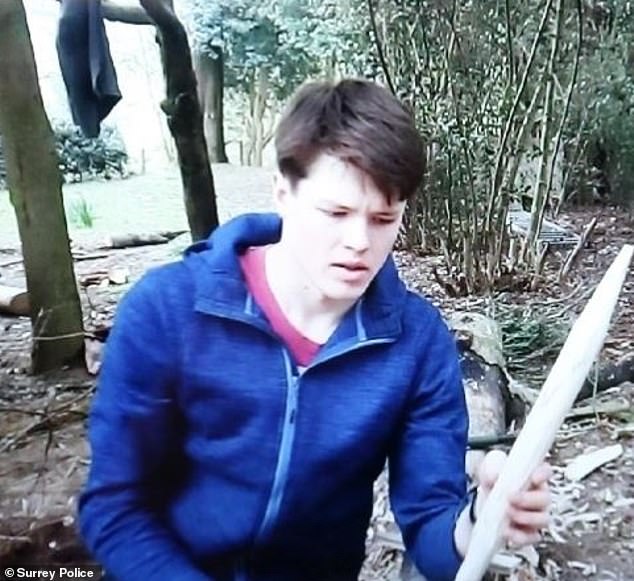 Oliver may have been wearing clothes shown in this image – a blue hoodie, maroon t-shirt, blue patterned shorts over black leggings and black trainers 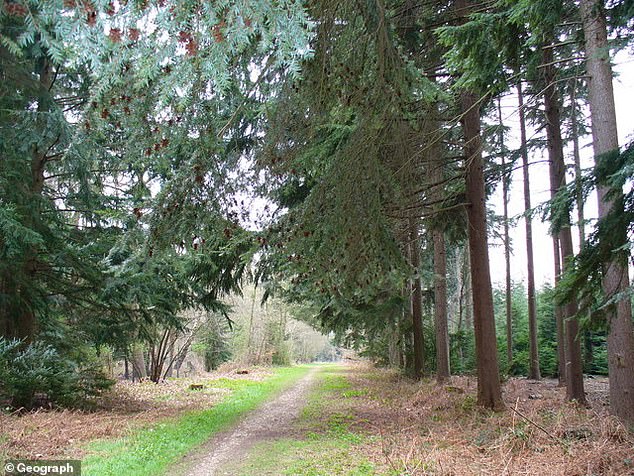 Police thought Oliver might be wearing the clothes shown in new pictures released by his family, which included a blue hoodie, maroon tee-shirt, blue patterned shorts over black leggings and black trainers.

The police spokesman added: ‘A potential sighting of Oliver was reported on Wednesday March 18, where a young man was seen cycling his white mountain bike up High Thicket Road, in the direction of Frensham/Dockenfield.

‘This bike had also been tied to a farm gate backing onto Goose Farm on High Thicket Road just by the A325. We would like to identify this man as soon as possible so if this was you, we urge you to please come forward straightaway.’

Police Constable Keely Copland from the Missing Persons Unit said: ‘Oliver is now without his white mountain bike, which we found in the Alice Holt Forest. With this in mind, we are encouraging the wider public to keep an eye out for Oliver and his phone in any woodland area nearby.

‘I also urge the public to please share our appeals on social media so that we can reach as many people as we can. I appreciate the restrictive circumstances we are currently under, but any help in finding Oliver is hugely appreciated.’