MMR jabs have plunged by a QUARTER since coronavirus lockdown meaning thousands of children are now unprotected against the three illnesses, new research shows

Take-up of the MMR vaccine fell by a quarter during lockdown and thousands of children are now unprotected against measles, research reveals today.

And some regions, including London and the West Midlands, saw immunisation rates fall even further compared with last year as anxious parents stayed away from GP surgeries.

The study by the London School of Hygiene and Tropical Medicine and Public Health England estimates that 3,500 fewer children have had their measles, mumps and rubella (MMR) jab compared with this time last year.

Yet uptake in 2019 was already at a seven-year low, driven by harmful anti-vaxx messages on top of busy parents struggling to get to clinics. 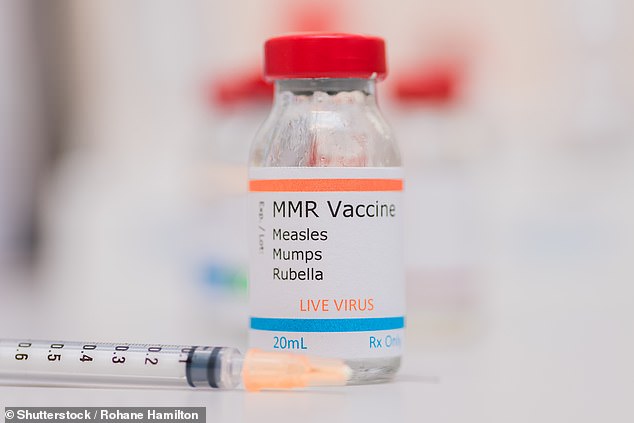 The number of children being administered the measles, mumps and rubella vaccine has fallen by a quarter during the coronavirus lockdown

But the latest research shows that MMR uptake began to fall in mid-March before plunging when Boris Johnson announced lockdown measures on March 23.

That week saw a 24 per cent fall in the number of children getting their first MMR jab on 2019.

In London and Greater Manchester the average for the three weeks from March 23 was 43 per cent down on 2019.

For the West Midlands it was 29 per cent down, with urban areas generally the worst affected. The figures underline the unintended consequences of the pandemic, with parents shunning GP surgeries for fear of catching the virus. 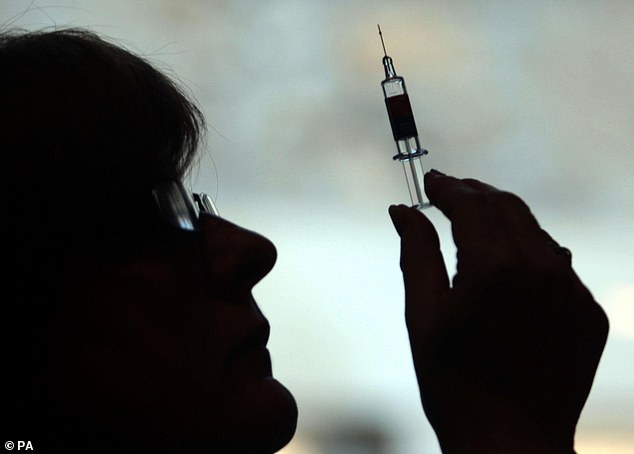 Researchers compared the number of children receiving their first MMR jab in the first four months of 2019 and 2020.

After a sharp decline during the first three weeks of lockdown, take-up rose again from mid-April in line with public health messaging that hospitals and surgeries were open.

But the sustained drop-off means that 3,599 fewer children – 61,832 as against 65,431 – received their first MMR vaccine between January and April compared with last year.

The first jab is usually given to children at age one, with a second injection given around age three.

Lead author Helen McDonald, from the London School of Hygiene and Tropical Medicine, said: ‘If we end up with unvaccinated children there’s huge potential for a measles outbreak. 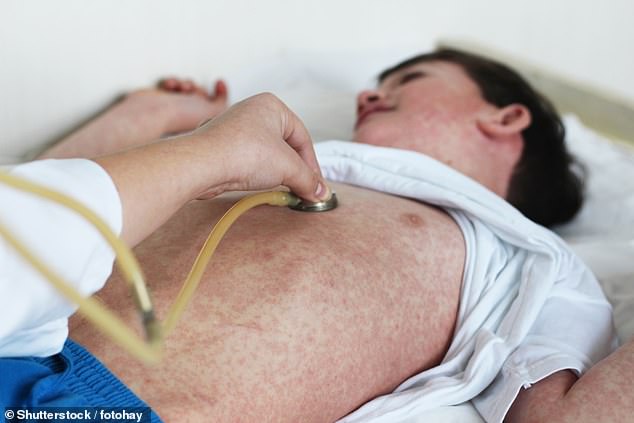 Lead author Helen McDonald, from the London School of Hygiene and Tropical Medicine, said: ‘If we end up with unvaccinated children there’s huge potential for a measles outbreak’. Pictured: child with measles rash

‘We think people started to change their behaviours in anticipation of social distancing and also people may have been unwell.’

She said the fall seemed to be driven by ‘changes in behaviour or in availability of appointments’.

Dr Mary Ramsay, of Public Health England, said the recovery in uptake numbers was ‘encouraging’ but added: ‘It’s vital that parents are aware that routine vaccinations are available throughout the Covid-19 outbreak and continue to ensure their children attend routine vaccination appointments.’

The researchers also looked at the number of children getting their six-in-one vaccine – which includes tetanus, polio and diphtheria – but this did not show the same drop-off during lockdown as MMR.