A FATHER has been reunited with his baby son who was pulled alive from rubble in Gaza after an Israeli air strike killed 10 members of their family.

The five-month-old toddler survived the blast at the Shati refugee camp, which caused a three-storey building to collapse.

🔵 Read our Israel-Gaza live blog for the very latest updates… 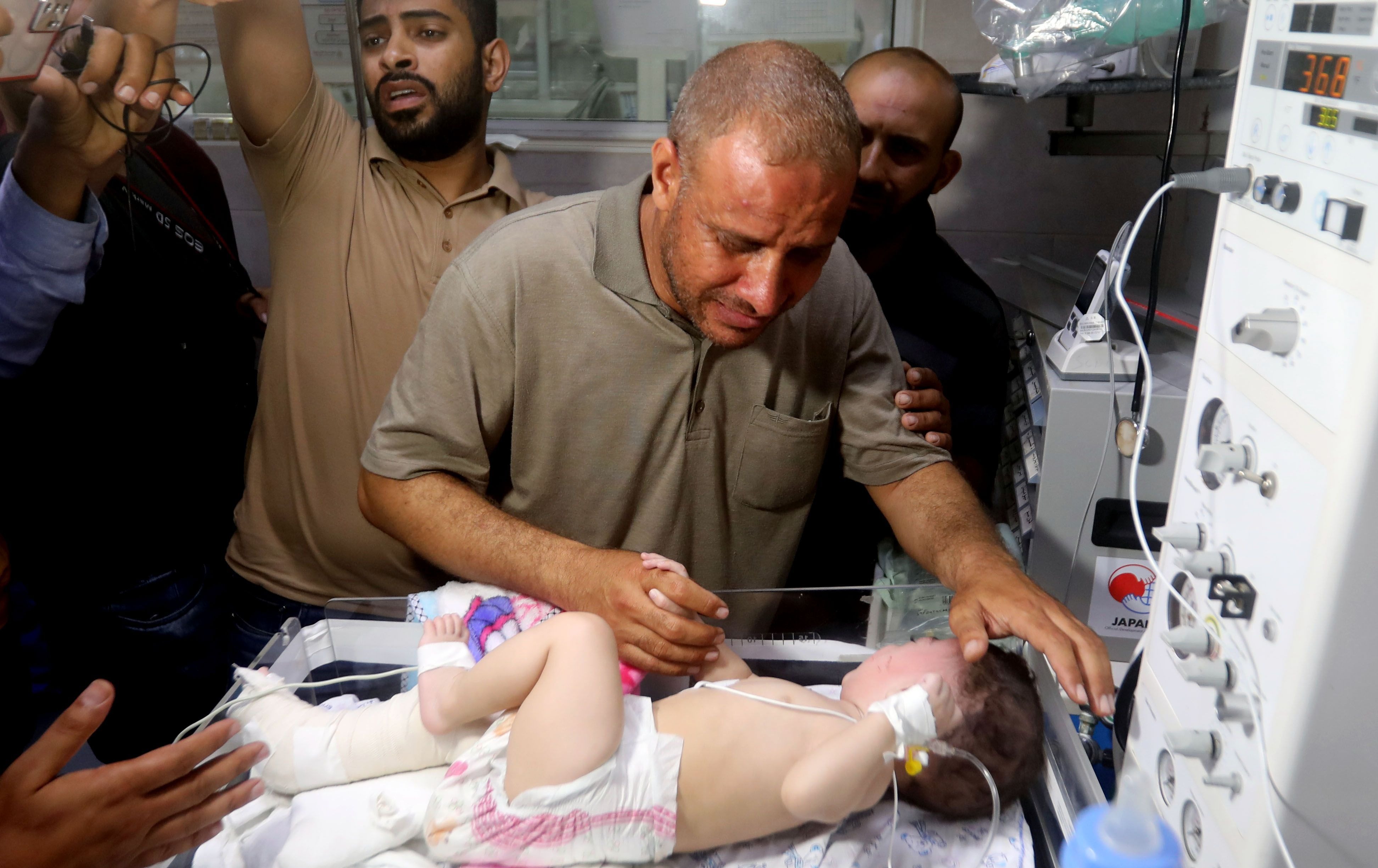 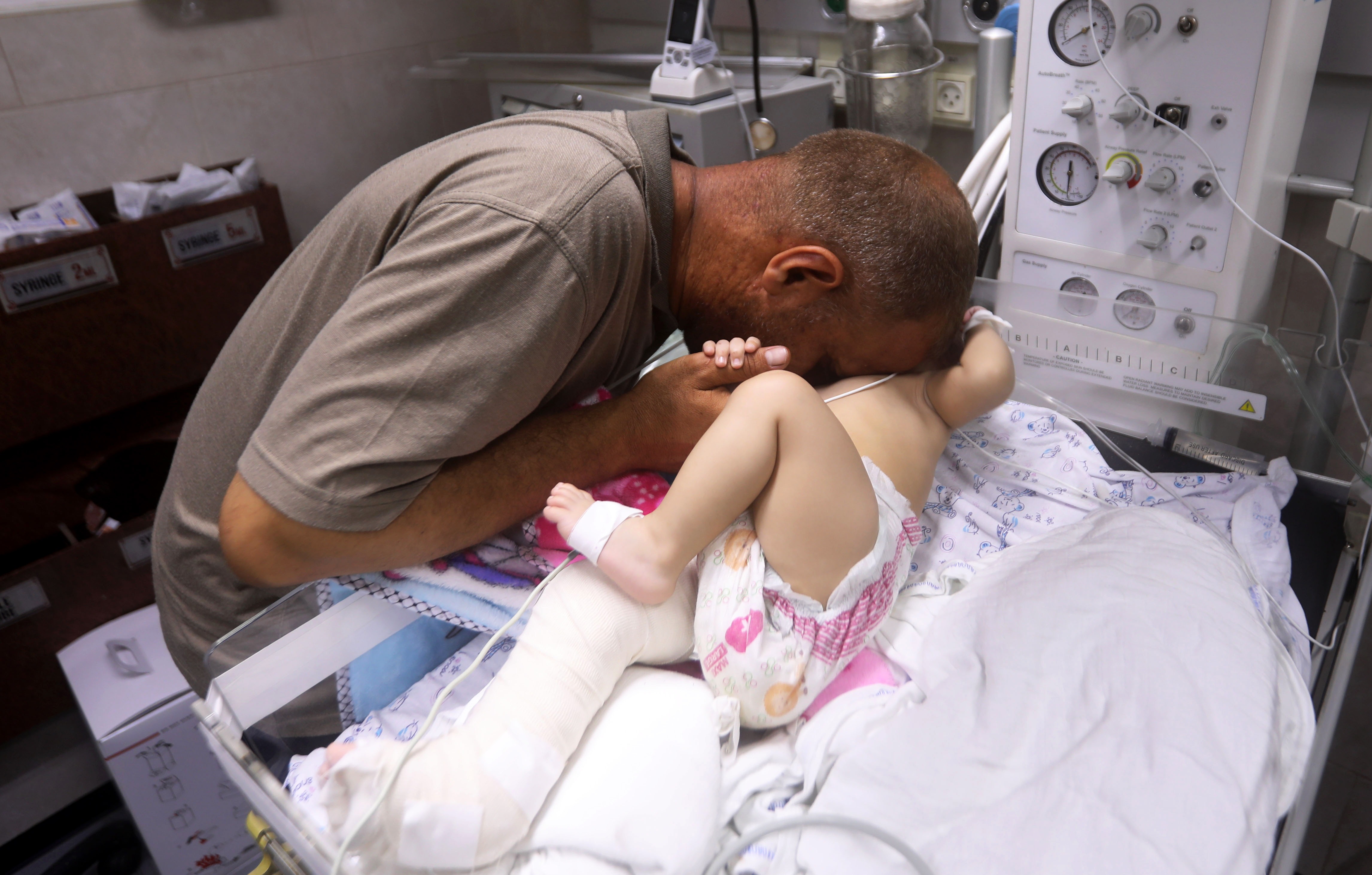 Two women and eight children from the same extended family were reportedly killed in the Israeli air raid, which injured at least 15 people.

Grief-stricken Mohammed al-Hadidi told Al Jazeera his wife and four sons, aged 14 to six, along with another woman and her four children, were killed.

Mr Al-Hadidi said his baby boy Omar was his only child who survived after he was reunited with him at the al-Shifa Hospital.

He said: "Thank God I still have Omar."

The family were killed as they celebrated the Eid al-Fitr holiday.

An 11-year-old child is also reportedly missing following the carnage.

At least 140 people, including 39 children, have been killed in Gaza and nine in Israel, including a child, since the violence exploded between Israel and Hamas on Monday.

Around 950 people have been wounded, with the slaughter at the refugee camp was the single biggest loss of life so far.

Almeqdad Jameel, who lives in the refugee camp, said at least five missiles were fired from Israeli fighter jets on the house. 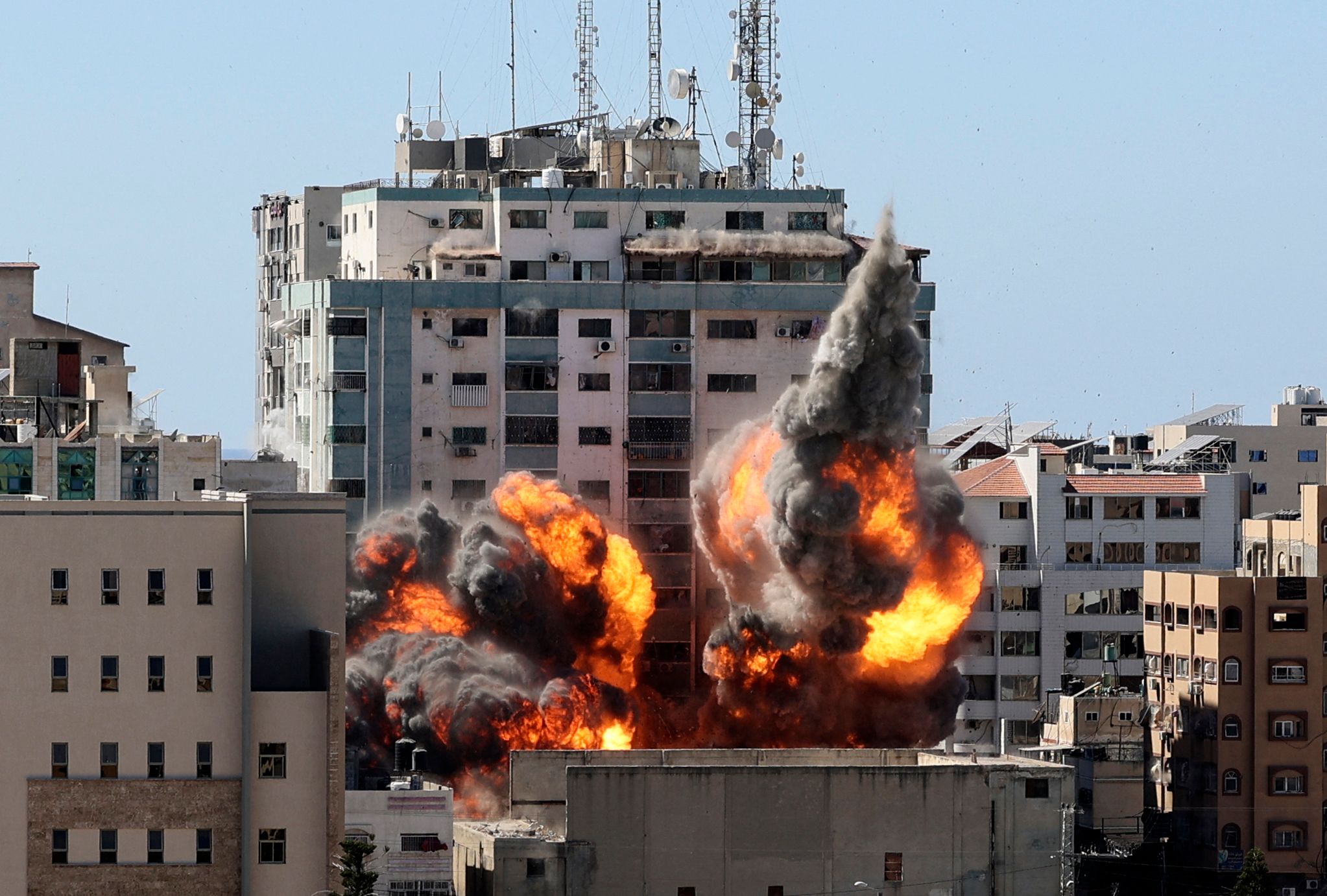 He said: “A wall of fire filled the street, and shrapnel and glass flew everywhere.

"The sound was deafening, and terrified everyone.”

Nabil Abu Al Reesh, a doctor caring for survivors at the hospital, said: "This is truly a massacre that cannot be described."

Hamas said it fired a barrage of rockets at southern Israel in retaliation for the airstrike.

On Wednesday, a tower block in Gaza collapsed live on air behind a BBC news reporter, as bombs rained from the sky.

Earlier today, a Palestinian rocket killed a man in Israel.

More than 2,000 deadly rockets have been fired towards Israel by Palestinian militants as the region is rocked by the worst violence since 2014.

Many of the rockets are intercepted by Israel’s Iron Dome air defence system.

The latest surge of violence started in Jerusalem and spread across the region over the past week.

There have been clashes between Jews and Arabs and rioting in mixed cities of Israel. 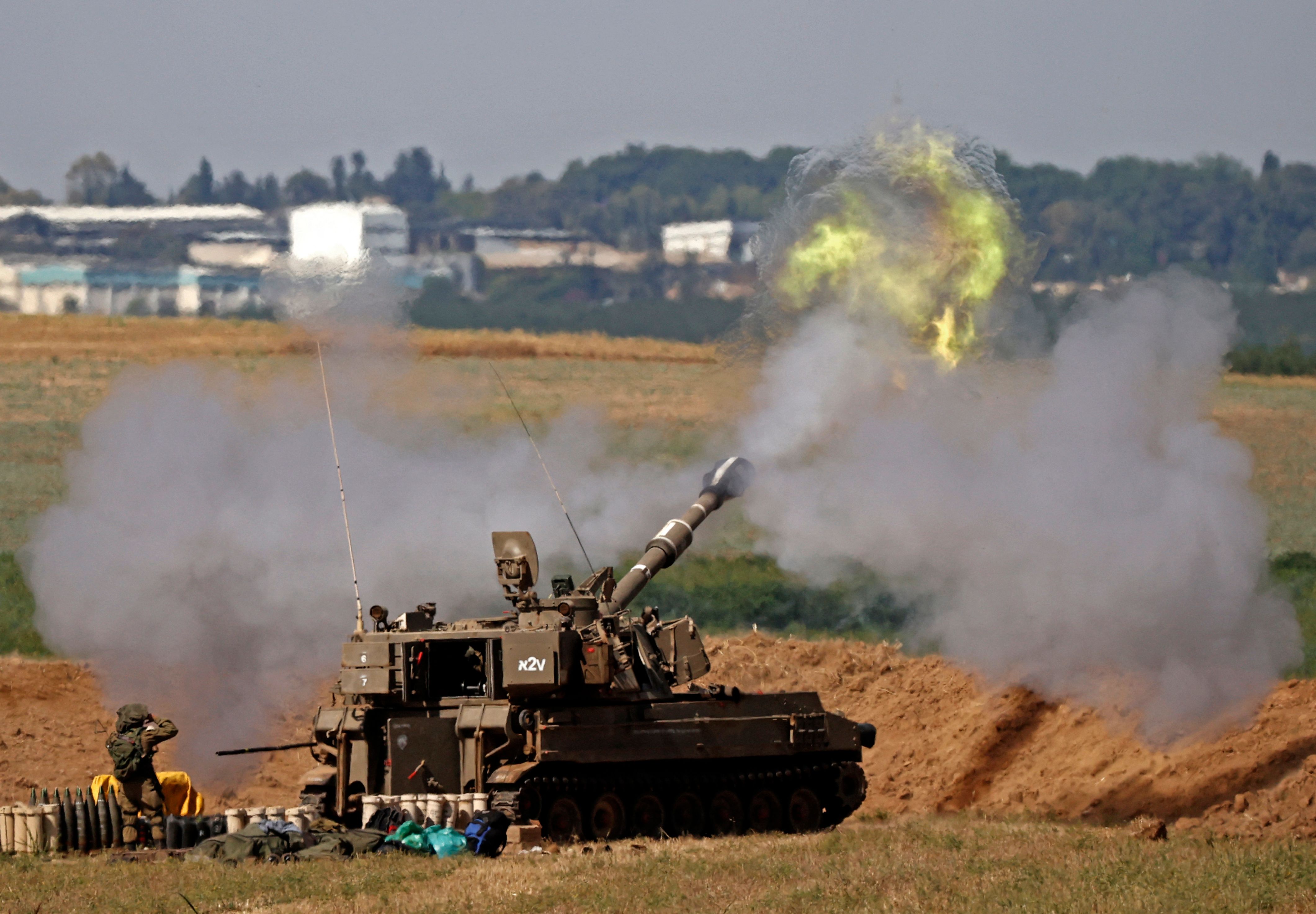 There were also widespread Palestinian protests Friday in the occupied West Bank, where Israeli forces shot and killed 11 people.

Prime Minister Benjamin Netanyahu has vowed that Hamas will pay a heavy price for its rocket attacks as Israel massed troops at the Gaza border.

Israel estimates more than 30 Hamas and Islamic Jihad leaders have been killed as their forces bombard Gaza.

Mr Netanyahu said: "I said we'd deliver heavy blows to Hamas and other terror groups, and we're doing that.

"They're paying and will continue to pay dearly for that. It's not over yet."

US President Joe Biden expressed support for Israel, but has been criticised for not doing more to end the spiralling violence.

The UN's Security Council will meet tomorrow to discuss the violence.

There are fears of more violence today as Palestinians mark Nakba, when they commemorate the estimated 700,000 people who were expelled from or fled their homes during the 1948 war.