A Range Rover lost its engine, bonnet and side door when it skidded down a main road before swerving out-of-control and hitting a lamp-post.

Shocking footage shows the white vehicle being flung across Brighton road in Purley, London, by the force of the impact before smoke rises from the wreckage.

Pictures from the scene reveal the car’s twisted hulk lying on one side of the road, with its engine, bonnet and tyres detached.

Police had been called to a car burglary in connecting Smithams Down road at 3.15am on Monday. A smashed car was found 15 minutes later.

Officers arrested a man but later released him without charge. They are working to locate two men believed to have been involved in the crash. 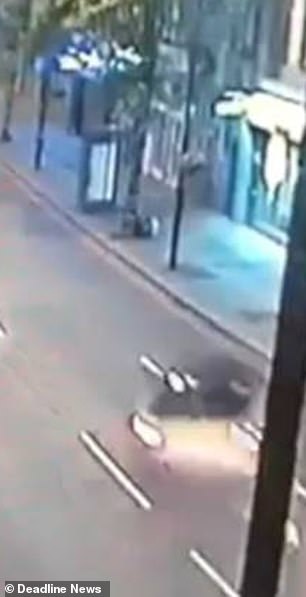 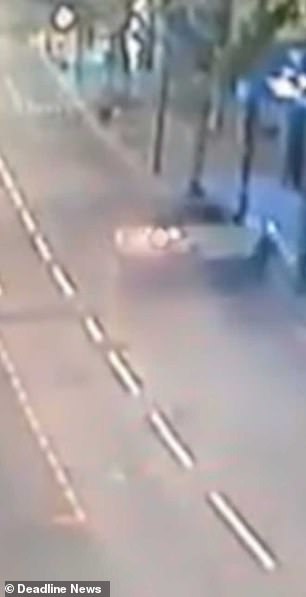 The car skidded before slamming into a lamp-post and tree on Brighton Road in Purley, London 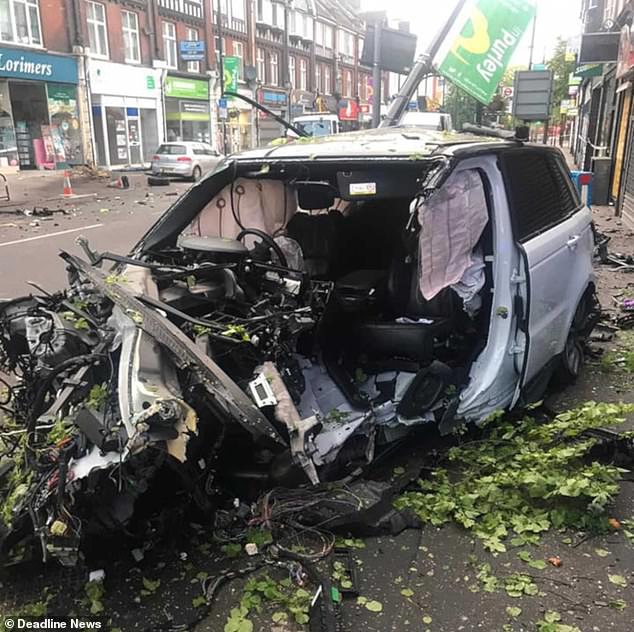 CCTV footage shows the luxury car skidding down the road moments before the crash.

Video shot on a mobile phone then shows residents coming out to view the shattered vehicle. Its entire front had been snapped off.

Blue emergency lights are also seen flashing as shouts and yells are heard in the background.

Pictures taken the next morning show the cars bonnet and part of its door lying next to a bus stop while its engine sits outside the frontdoor of a shuttered Post Office.

The main body of the car is seen stationary in a bed of twisted metal, tyres, smashed windows and branches.

The airbags appear to have been deployed as the vehicle responded to the crash. 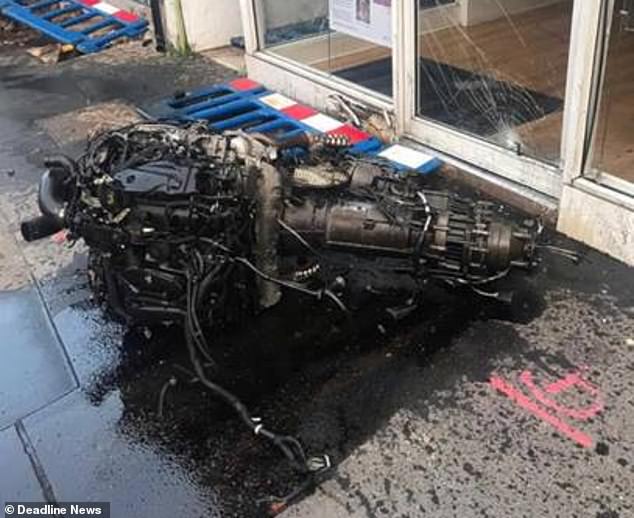 The engine was also thrown from the vehicle. It is pictured lying outside a post office 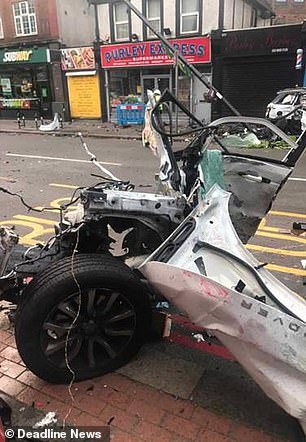 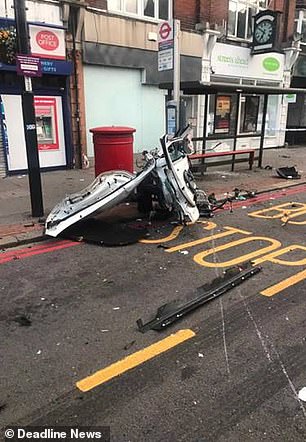 The front left side of the vehicle was pulled off in the crash and seen lying next to a bus stop and post box, above 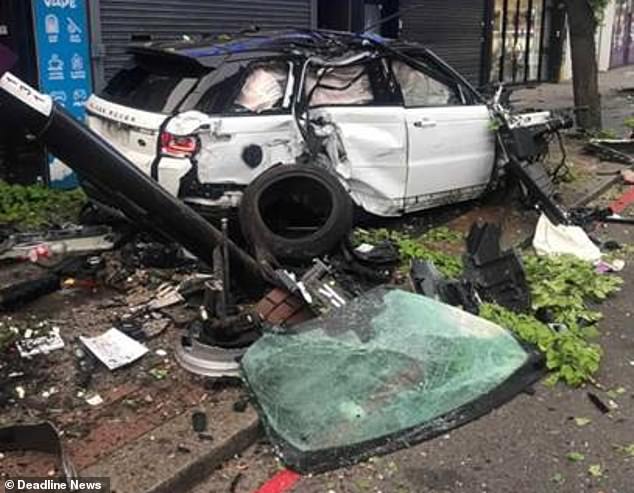 Police arrested a man over the crash but later released him without charge. Officers are still searching for two men

A MET police spokesman said police had initially been called to the area to reports of a burglary and stolen car.

‘Two men were believed to be involved in the incident and remain outstanding,’ they said. ‘Enquiries continue to trace them.’

Footage was uploaded to social media with the caption: ‘Sheer madness.’

Brighton Road, A23, is a major trunk road connecting south Croydon to the M23, M25 and Brighton.