Shocking video captures the moment a suspected ‘professional thief’ appears to use incredible sleight of hand to steal a woman’s mobile phone from under her nose.

CCTV of the incident has left viewers baffled with many claiming even they struggled to see the ‘theft’, which took place at a beauty salon in Chigwell, Essex.

However locals say yesterday’s incident is not the first and have urged people to be vigilant. 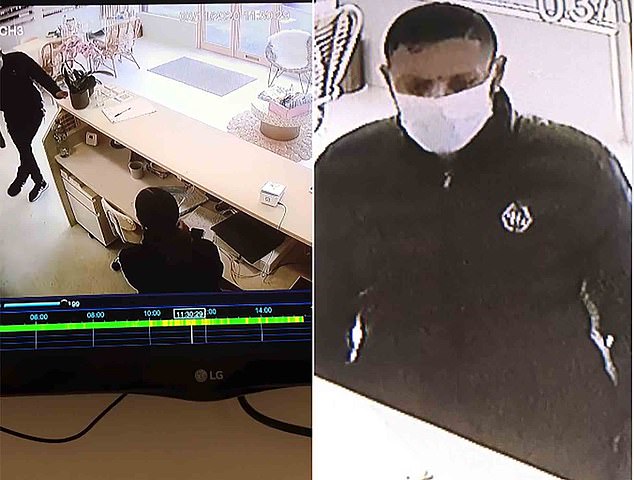 As the clip begins, a man can be seen talking with the salon worker across a desk.

He then makes his way round to the back, clutching a piece of paper.

He then moves the sheet over the woman’s phone, while maintaining the conversation and keeping her attention.

With the woman distracted, he appears to subtly pick up the phone without the woman registering.

He briefly lifts up his foot and some viewers have suggested he uses this opportunity to slide the device inside his sock.

Having apparently secured the phone, he then begins to wander away from the desk, while continuing to converse and even calling the woman up to come and look at something. 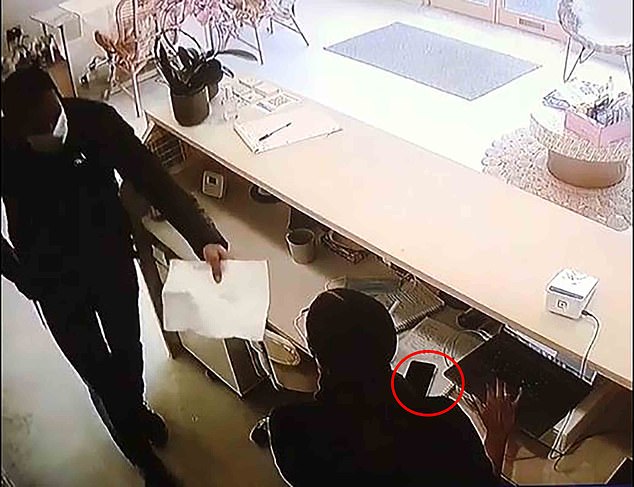 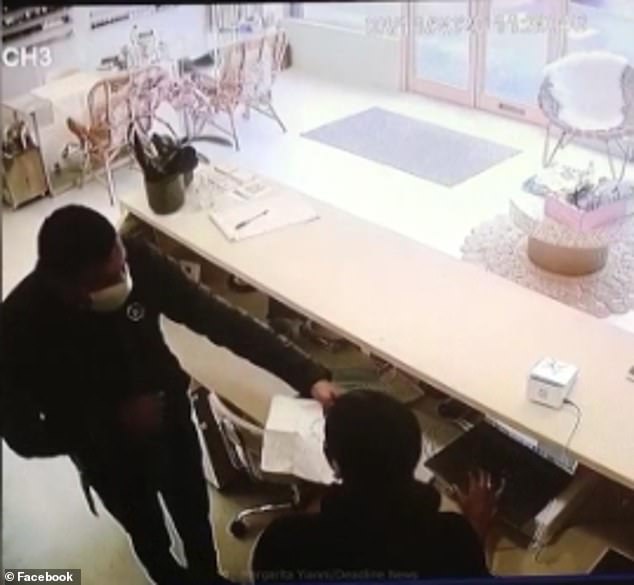 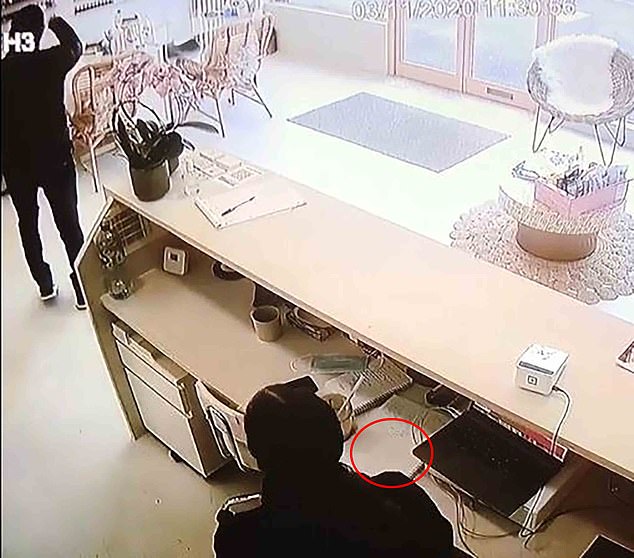 As he moves away, the video shows the mobile phone is gone (circled) and the man continues to make enquiries with the salon worker, keeping her eyes off the counter, until he leaves

He eventually leaves the salon and the woman returns to her seat.

As she sits down she scans the desk for her phone and unable to locate it begins to panic.

Footage of the incident was shared online by the salon’s owner, Margarita Yianni, who said: ‘Today a guy came in and stole one of my members of staff’s mobile phone, by distracting her.

‘Spread the word and let people know as I’m sure he will strike again in other shops and areas.’

The footage has left viewers in disbelief.

Tracey Tye wrote: ‘Wow I didn’t even see the scum bag pick the phone up! Obviously done this a lot.’

Jen Allen said: ‘What happened. All I noticed was he kept kicking up his leg?’

And Sarah Link said: ‘So quickly done – obviously a professional. Scary how quick it happened.’